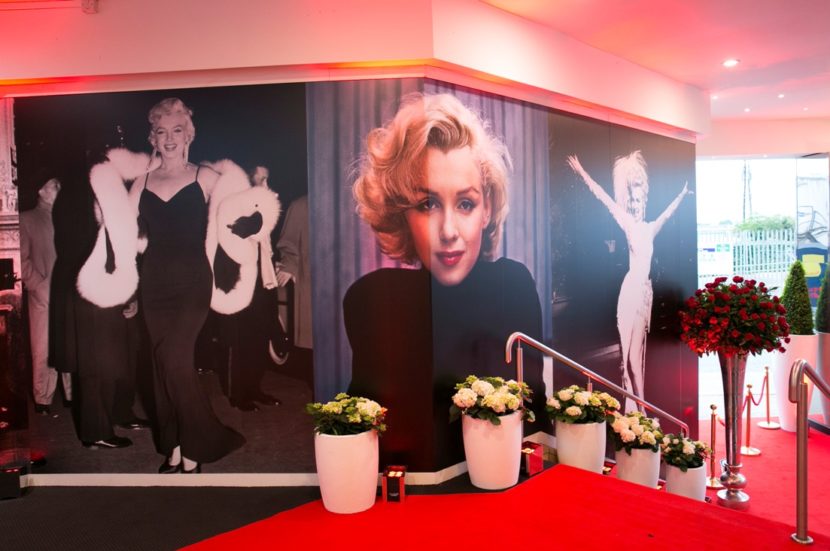 Listen, folks, if you’re in London these days – not to mention if you live in the British capital – there’s a special treat for you: yummy M&M, a.k.a. Marilyn Monroe. Design Centre, Chelsea Harbour, the world’s premier destination for design excellence, has just launched MARILYN MONROE: THE LEGACY OF A LEGEND EXHIBITION which will be on until 20 June 2016.

Incidentally, are you aware that the “hot stuff”  (“Some Like It Hot”) would have turned 90 last 1 June if she hadn’t died prematurely at age 36?

The curated M&M exhibition includes Marilyn Monroe’s never seen before personal treasures and original costumes from notable films like ‘Niagara’ and ‘No Business Like Show Business’. Visitors will be taken on an epic journey through her life, transported into her world through the lens of style, photography and film.

Epitomising the high glamour of 1950s Hollywood, the exhibition represents iconic fashion pieces from the David Gainsborough-Roberts collection and includes the sheer beaded dress from ‘Some Like It Hot’. These will be complemented by her favourite jewellery, watches and accessories.

In a stunning contrast between her personal life and her dazzling public persona, Marilyn Monroe: The Legacy of a Legend Exhibition takes a behind-the-scenes look at the screen actress’s life through a selection of incredibly personal papers from the estate of Lee Strasberg including Marilyn’s journals and handwritten letters. Drawings, from naive still life to figure studies, are in a variety of mediums while her poetry hints at her intellectual curiosity, vulnerability and humanity.

Best known as a world-leading destination for excellence in luxury interiors, Design Centre, Chelsea Harbour supports cutting-edge expression across the design agenda, making it a natural home for this exhibition.

The exhibition, in collaboration with Julien’s Auctions, is the first and only time that this incredible collection of pieces is available for public viewing in the UK.

Fashion model Daisy Lowe and Suzie Kennedy, British actress and the best-known lookalike of and tribute artist to Marilyn Monroe

The Celebrity-Studded Launch Party
and the Awesome Exhibits

Previous article « GUIDEPOST REPRINT: STRANGER “HAVING A WONDERFUL TIME”, 30 May 1986

Next article THE FASCINATING TEN INTANGIBLE WORLD HERITAGE OF SPAIN »