YOU’RE IN MADRID & WANT TRUSTY AMERICAN MENU WITH A TWIST? CHECK IT OUT WITH RYAN DAY! 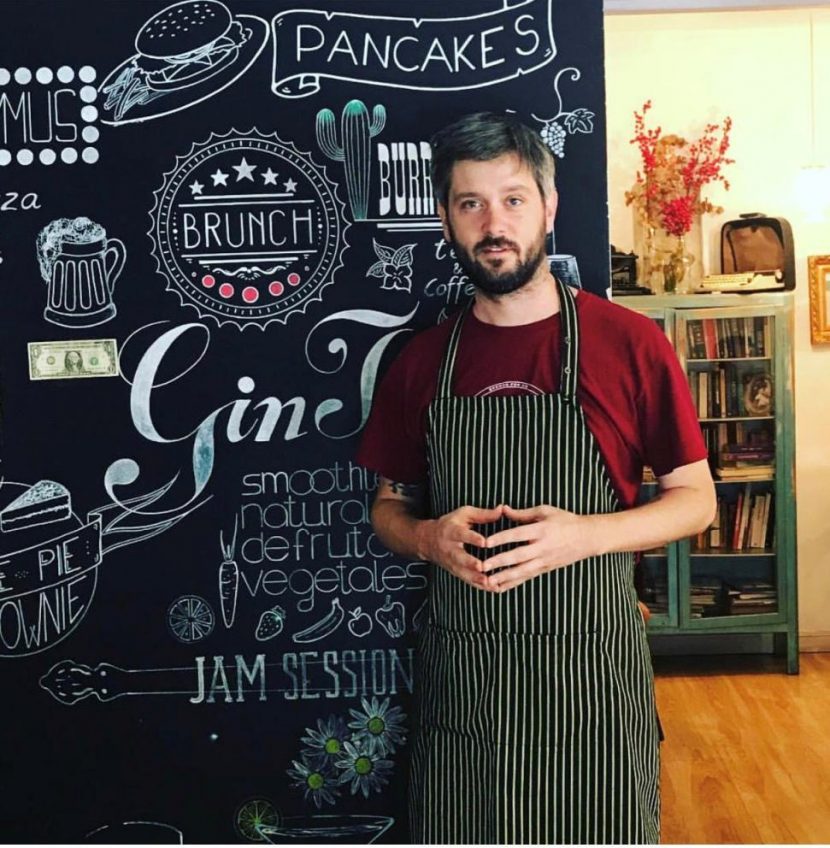 As an American living or traveling in Madrid, many things are obviously different than they are at home. It doesn’t take long to miss that American style breakfast and free ice water at restaurants. This usually works out as a good way to adventure into the authentic Spanish dining experiences, which everyone must indulge in while in Spain. That being said, sometimes it is necessary to indulge in a meal to remind you of home, and maybe soothe some homesick yearnings. Although there are some American style restaurants in Madrid, finding authentic and unique ones can be quite a task. 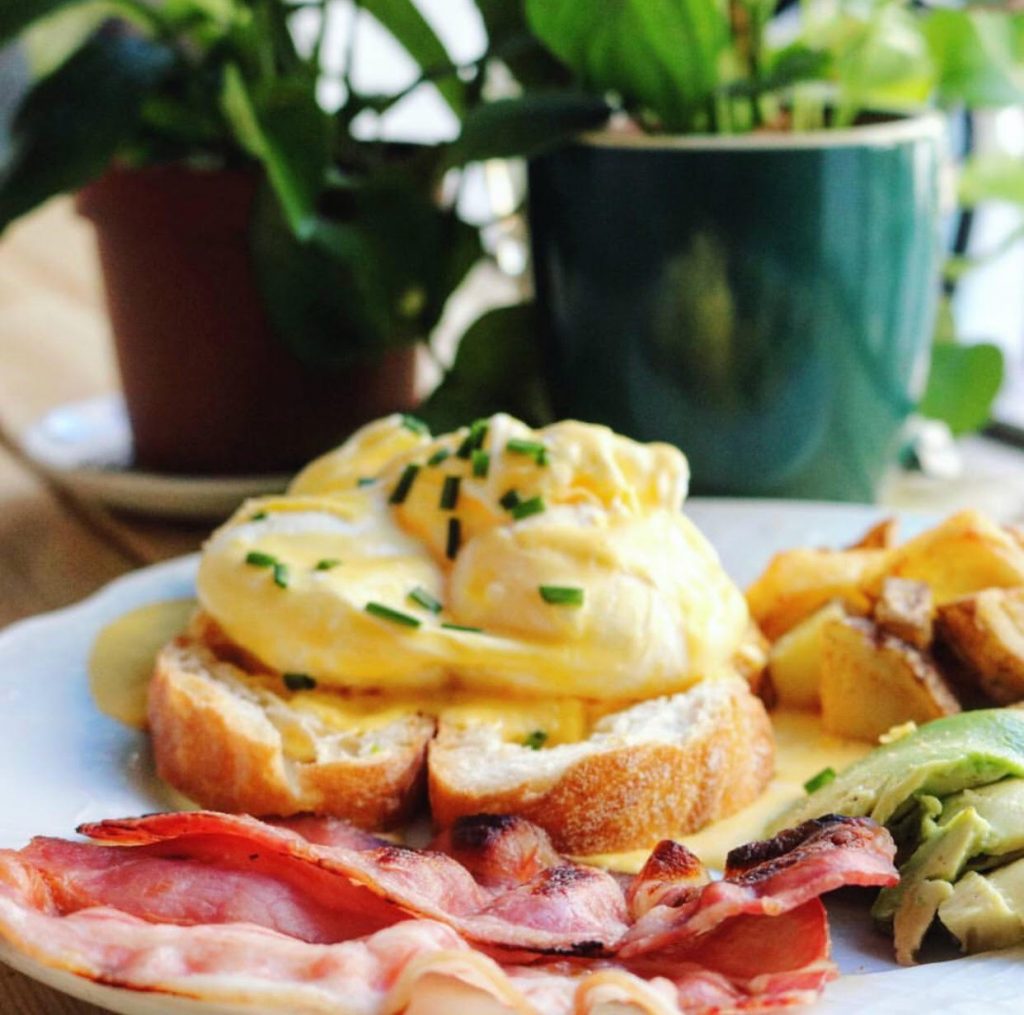 Try this at Toast Café!

Ryan Day is a professor at Saint Louis University Madrid who created four American-inspired restaurants in the Spanish capital with his wife Claudia Ruiz. They both spent long hours working numerous types of jobs in restaurants before they decided to start their own. Day spent a lot of his life in Chicago, Illinois, where he found a love for quality food. After spending time in Spain, and meeting his future wife, he moved back to the United States to study for his Ph.D. When his wife Claudia, a Spaniard, visited him in the United States, she realized that authentic American food wasn’t the same as the stereotypical American food that was often advertised in Spain. And, as he said, showing someone that American food can be satisfying, healthy, as well as interesting, was important to him.

Thus, The Toast Café was born in 2012. This was the first of the four restaurants created by the couple, under the Grupo Bang Bang umbrella. The four centrally located restaurants — three in Barrio Chamberí, one in Malasaña — encompass the same values and importance of what American-inspired food means to them. The restaurants range in ambiance and style while keeping one thing in common: authentically American-inspired cuisine. One characteristic that the restaurants share is the importance given to quality sourced ingredients and products. Day described their vision of food as tasty but accessible, with ingredients that could be locally found all year round. The couple wanted to be able to work with local bakeries and farmers, to make delicious yet simple dishes, and make the atmosphere in the restaurants welcoming and fun.

As said, The Toast Café debuted in 2012, where the main idea revolves around brunch and breakfast — an American style restaurant that wasn’t yet booming abroad. This restaurant is described as a place to get breakfast, brunch, a merienda (mid-day snack) or even a place to listen to live music, with open-mic nights. You can expect to feast on pancakes, pastries and coffee while taking in a hip and pleasant environment. 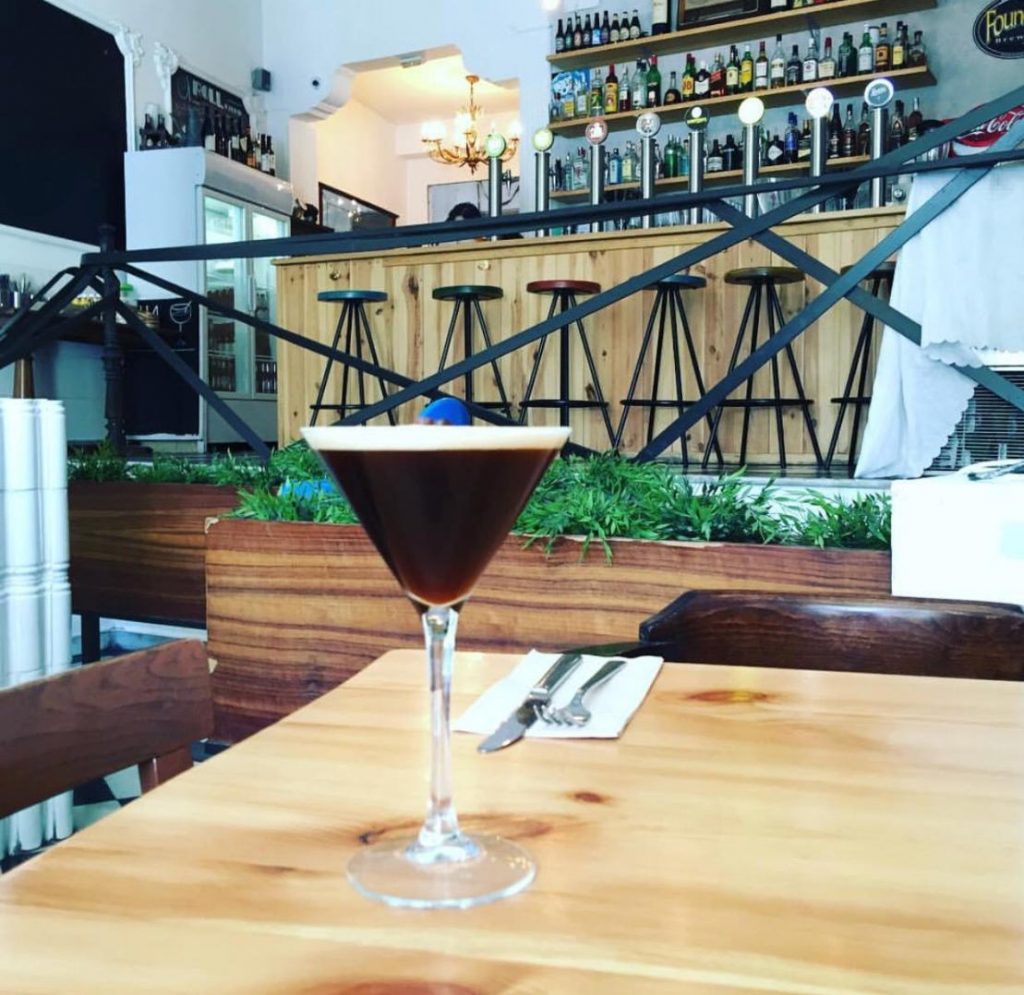 Shortly after, in 2013, Roll Madrid opened. Roll has diner-style menu items, with a cool and lively ambiance. It focuses on homemade American food that shows off traditional American style food with a twist. The menu offers dishes such as chicken and waffles, mac n’ cheese, and a wide variety of local and American beers. You can also find open-mic nights here, along with poetry nights and language exchanges.

In 2015 both Slow-Mex and The Toast Tavern were added to the family. Slow-Mex is located in the avante-garde Barrio Malasaña, which is full of great restaurants, culture, and bars. Slow-Mex offers Mexican food Chicago style, which is where Ryan Day found a lot of his culinary inspiration. The Toast Tavern specializes in gourmet sandwiches and beers.

The goal of these restaurants is clear and accomplished with a relaxed style and locally sourced, American-inspired food.

As an American abroad, I can definitely say that these restaurants capture the essence of the home cooked food I would expect from a local restaurant in the States, with a special twist of local ingredients (and beers!) that blend well together, leaving the trendy locations and atmospheres as the cherries on top!

To keep up with Ryan and Claudia, check out their website grupobangbang.com, and keep your eyes peeled for a new addition coming in September 2018 in Madrid!

Related post
THE QUEST FOR A GOOD REUBEN SANDWICH https://www.guidepost.es/the-quest-for-a-good-reuben-sandwich/ 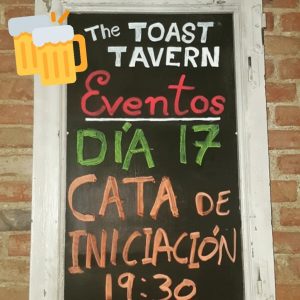 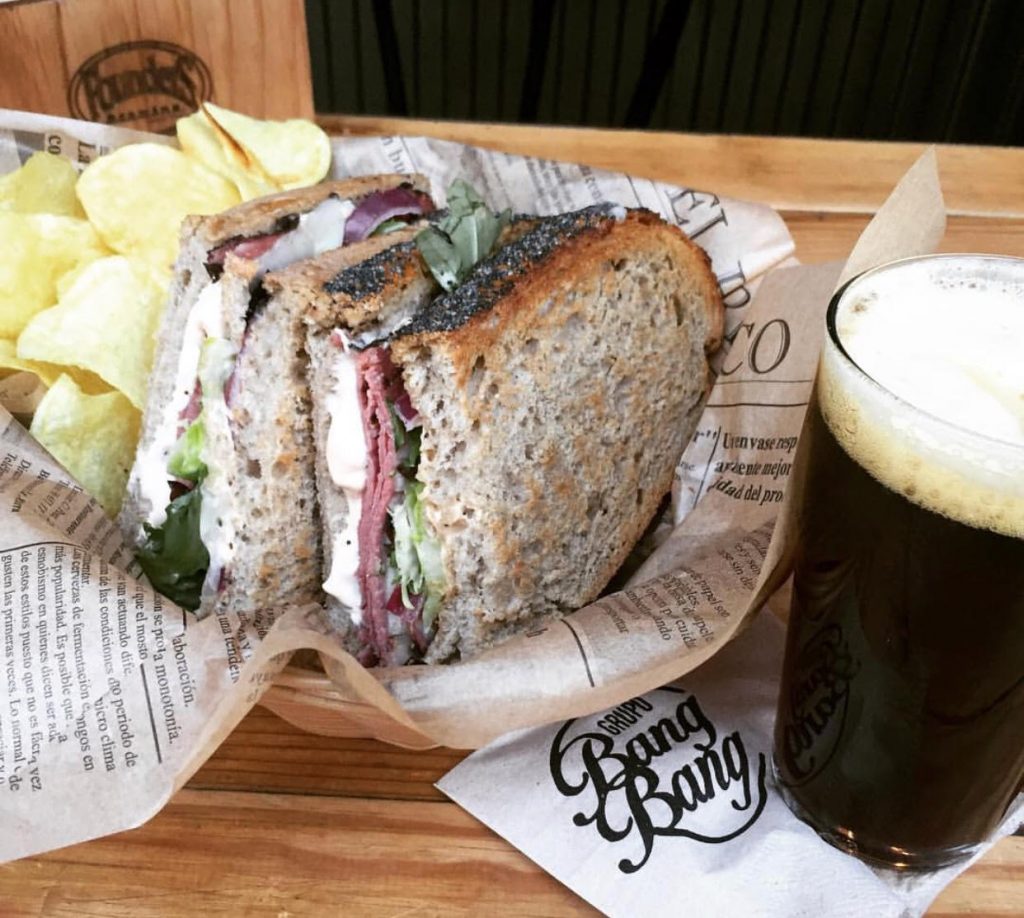 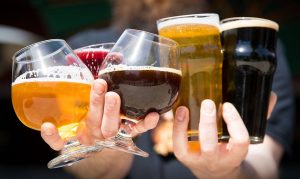 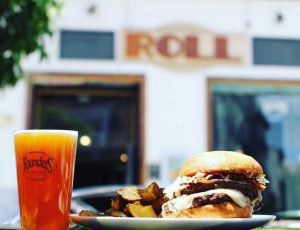 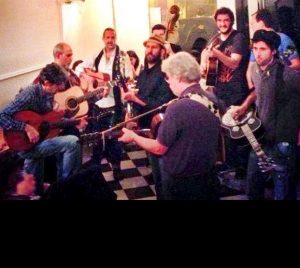 Live music at The Toast Café 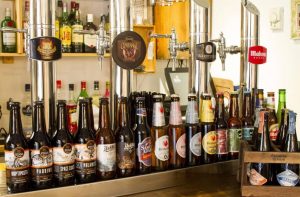 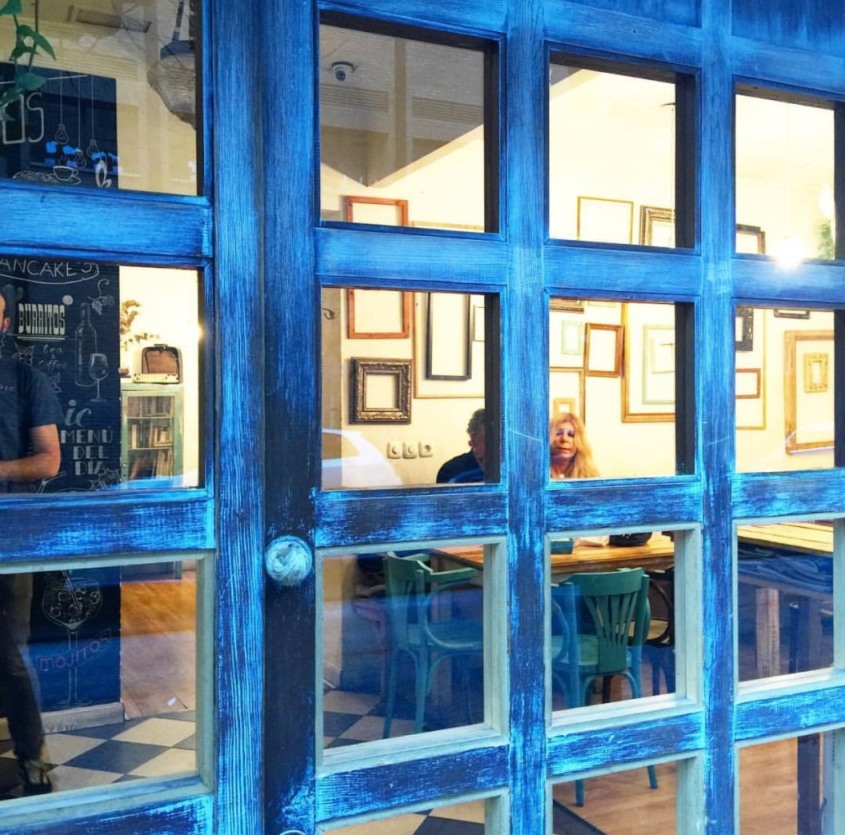 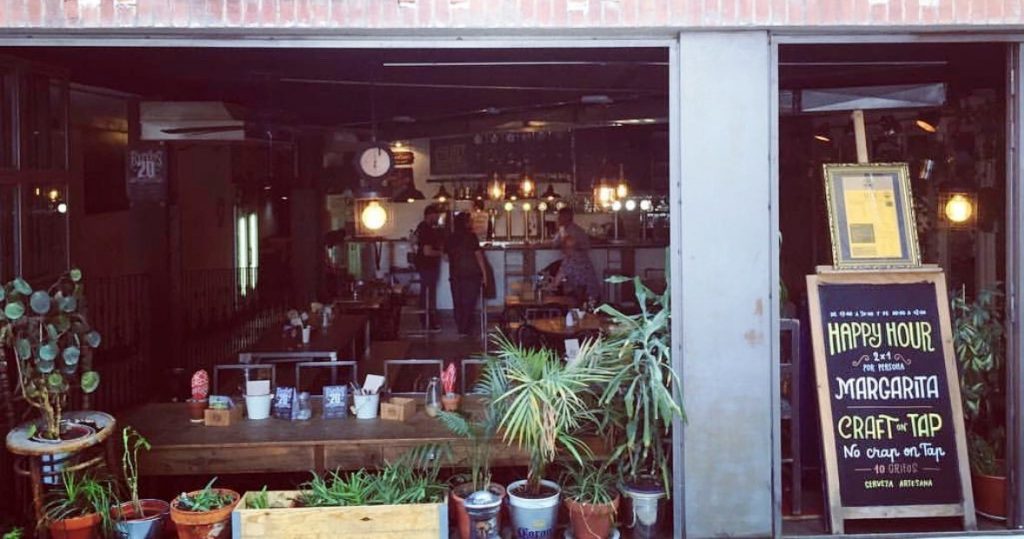 Previous article « THE EXOTIC YUKATA, YOUR TICKET TO ELEGANCE AND COMFORT THIS SUMMER

Next article ANKLI: HOME IS WHERE THE STAGE IS »