We´ve got a great lineup of old and new movies, TV series, historical and scientific videos available on YouTube for this month.  But first, I´d like to recommend some really interesting and entertaining webs on the internet.  For those of you who haven´t seen some of them, I guarantee you will have a whole new experience and probably spend quite a few (more) hours at your computer, mobile or tablet.

For all animal lovers or if you´ve got some time on your hands,  you can see direct and live through Animal Planet TV from penguins to lions, great aquariums and also sharks, cats and kittens to sloths even dogs up for adoption at an animal shelter 24 hours a day.  This link is for African penguins:    http://www.apl.tv/african-penguins.htm

Do you like to travel but don´t have the time or perhaps the money?  Would you like to go back home and see how your old neighborhood looks now?  Are you searching for a home anywhere in the world but would like to see the city or neighborhoods?  Google Earth lets you fly anywhere on Earth to view satellite imagery, maps, terrain and 3D buildings, from galaxies in outer space to the canyons of the ocean.  You can go up and down roads look from left to right or up and down see the scenery or buildings or monuments.  Click the link  and download on the top right to get started:   http://www.google.com/earth/

State of the Art Karaoke

So you love to sing but Karaoke isn´t exactly your thing?  If they don´t have vocals, most of the time you really sound out of it and if they do have vocals to help you out, you can´t really appreciate your own talent.  Well, there´s a solution –  it´s called Karafun.  The vocals are so very low and in the background, you could swear they weren´t there and boy, were you doing a great job with that song.  Actually the music is at the right level, the lyrics visible and timely and the helping vocals aren´t audible to anyone but you when you´re singing. They also have a huge selection of new and old songs.

Give it a try.  You´ll have a great time AND you will finally sound great singing karaoke. Click the link in Youtube:    https://www.youtube.com/channel/UCbqcG1rdt9LMwOJN4PyGTKg

When you don´t have the time to watch a video or TV but you would really like to be able to read a good book or learn new things, the audio book is a great alternative to radio.  You can do two o more things at a time.  Drive a car, clean the house, sew, do chores, exercise…. and at the same time read a good book.  The one I´m recommending is the great sci-fi writer, Arthur Clarke´s keystone novel, Childhood´s End.  When you go to this YouTube link you will find many more audio books to your right.

The Double is a 2011 spy film directed by Michael Brandt and starring Richard Gere, Topher Grace with Martin Sheen. This one has a truly unexpected ending.

The Rise and Fall of Versailles

The BBC has again produced a beautifully crafted and photographed drama-documentary that brings to life the 150 year reign of Louis XIV, XV and XVI, France’s three most famous monarchs.  We find, not only purely historical information, but day to day lifestyles, customs, loves, indiosyncrasies, and the driving personal forces and politics of these three kings.

Filmed in Versailles with expert testimonials, it sheds new light on who these monarchs were and how they faced their lives and very different destinies. It also takes us on the journey of the creation of this mythical palace from a swampy marsh to the epitome of luxury, forever admired and copied by other countries.

Won´t last long on YouTube so see it soon!    Show Boat is a 1951 American musical romantic drama film based on the stage musical of the same name by Jerome Kern (music) and Oscar Hammerstein II (script and lyrics). This 1951 film version was directed by George Sidney.

The film stars Kathryn Grayson, Ava Gardner, and Howard Keel, with Joe E. Brown, Marge and  Gower Champion,  Robert Sterling and Agnes Moorehead. Show Boat was one of MGM’s most financially successful and popular musicals. The songs are part of American musical history, actors and singers are the best of their time.  Truly an American classic!

Ava Gardner Singing “Can´t Help Lovin´ That Man of Mine”

This is a clip of Ava singing this very popular song from Showboat in her own voice.   The producers decided to dub her song with a professional singer.                Many believe Ava´s version was better. What do you think?

YouTube says of this film: “A blind man can see. Another feels pain in his missing arm. One believes he’s God. A son thinks his parents are imposters. Are their thoughts real or just ‘in their heads’? In this remarkable NOVA, pioneering brain detective V.S. Ramachandran, hailed as ‘the Sherlock Holmes of neuroscience,’ tackles four mysterious cases and delivers mind-boggling conclusions.”

Nova is a United States popular science television series produced by WGBH Boston. It is broadcast on Public Broadcasting Service (PBS) in the U.S., and in more than 100 other countries. The series has won many major television awards.

An MGM musical comedy film, the Royal Wedding (1951) starred Fred Astaire and Jane Powell who appeared as a brother and sister dancing duo (Tom and Ellen Bowen), echoing the real-life theatrical relationship of Fred with Adele Astaire. Music is by Burton Lane, lyrics by Alan Jay Lerner, and direction is by Stanley Donen. Setting: London,  1947, at the time of the wedding of Princess Elizabeth and Philip Mountbatten, Duke of Edinburgh.

Watch for a very famous scene featuring the song “You’re All the World to Me” where Astaire dances up and down the walls of his hotel room.  It was filmed by building a set inside a revolving barrel and mounting the camera and its operator to a board which was rotated along with the room.

The Snows of Kilimanjaro

The Snows of Kilimanjaro is a 1952 American Technicolor film based on the short story of the same name by Ernest Hemmingway who considered it to be one of his finest stories.  Directed by Henry King, starring Gregory Peck, Susan Hayward and Ava Gardner, the film was nominated for two Oscars.

An American science fiction anthology series hosted by Truman Bradley, Science Fiction Theater aired from April 1955 to April 1957. As Wikipedia notes, “each episode introduced stories which had an extrapolated scientific, or pseudo-scientific emphasis based on actual scientific data available in the 1950s. . .The story lines related to the life or work of scientists, engineers, inventors and explorers. The program concentrated on such concepts as space flight, robots, telepathy, flying saucers, time travel and the intervention of exctraterrestrials in human affairs.”

The first season was filmed in color, but to cut costs the second season was in black & white.

Science Fiction Theater was a forerunner of such shows as The Twilight Zone and The Outer imits. Because it was prominently referred to as George McFly’s favorite television program  in the movie Back to the Future (1985), the show is presumably better known to modern audiences than older ones.

You can find more episodes in color and in black and white on the right at the above link.

Previous article « BE AN EARLY BIRD, BUY YOUR TICKET FOR THE ACM GALA NOW! 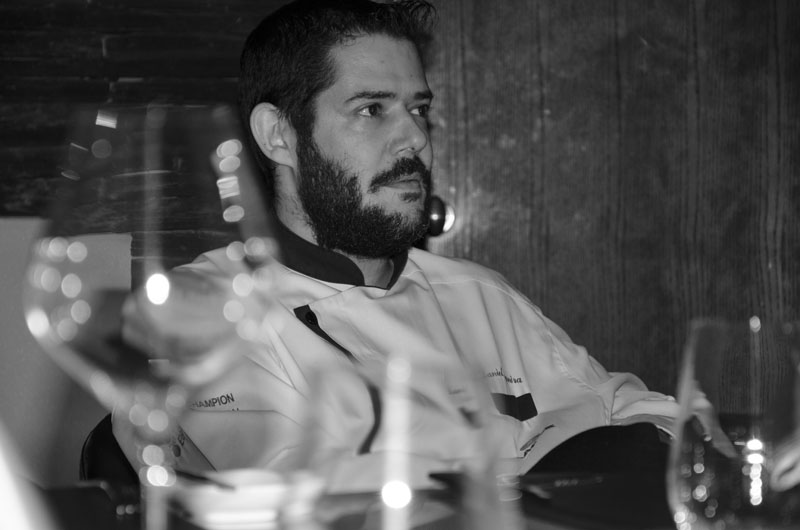