Ed’s note: Sorry  the videos are no longer available.

Enemy of the State is a 1998 American spy-thriller about a group of rogue NSA agents who kill a US Congressman and try to cover up the murder.
Directed by Tony Scott, and produced by Jerry Bruckheimer, it stars Will Smith and Gene Hackman with Jon Voight. Although it is pure fiction, it is a very relevant film today with the public´s preoccupation with the surveillance capabilities of NSA and governments.

The Rock is a 1996 action film that takes place on Alcatraz Island. It was directed by Michael Bay, produced by Don Simpson, who died shortly before its completion, and Jerry Bruckheimer. It starred Sean Connery, Nicolas Cage and Ed Harris.
The film received favorable reviews from critics and was nominated for an Academy Award for Best Sound Mixing. It has been reviewed as “an important classic and contemporary film that rises to the top of the genre because of a literate, witty screenplay and skilled craftsmanship in the direction and special effects” . Considered a work of cinema at its finest.

Tarzan II: The Legend Begins is a 2005 Disney animation film which tells the story of a young Tarzan’s adventure to discover his origins and who he really is. This would be considered a prequel to Disney´s 1999 original Tarzan. An entertaining video for the little ones.

The Sixth Sense is a 1999 American supernatural thriller film written and directed by M. Night Shyamalan. It starred Bruce Willis and child actor Haley Joel Osment in two of their most riveting roles in films. The film established Shyamalan as a writer and director, and introduced the cinema public to his traits, most notably his affinity for surprise endings.
The line “I see dead people” from the film became a popular catchphrase after its release, scoring No. 44 on AFI’s 100 Years…100 Movie Quotes. The Sixth Sense also scored 60th place on AFI’s 100 Years…100 Thrills, honoring America’s most “heart pounding movies”. It also appears on AFI’s a list of America’s 100 greatest movies of all time. The Sixth Sense was nominated for six Academy Awards including Best Picture and four British Academy Film Awards, but won none.However, the film received three nominations from the People’s Choice Awards and won all of them.
If you´ve never seen it, this film is “a must see”. If you have seen it before, it´s really interesting to revisit the film, knowing the ending, watching for hints and clues we might have missed originally that could have pointed to the surprise ending most of us never expected.

See it soon!!! This one will not last on YouTube!
Shōgun is a 1980 American television miniseries based on the novel by James Clavell. It is the only USA TV show/miniseries to be filmed entirely on location in Japan.
The miniseries, with narration by Orson Welles, starred Richard Chamberlain as John Blackthorne (Anjin-san), Toshiro Mifune as Lord Toranaga, John Rhys-Davies as the Portuguese Pilot, Vasco Rodrigues. Out of all the Japanese actors hired to be part of the cast, only three spoke English in the entire production.
Originally, James Clavell wanted Sean Connery to play Blackthorne, but Connery didn´t want to do television. Other actors considered for the role included Roger Moore and Albert Finney. The paperback edition of the novel became the best-selling mass-market book in the United States, selling 2.1 million copies, largely due to the great success of the miniseries. The series also helped to increase awareness of Japanese culture worldwide.

The Great Caruso is a 1951 biographical film made by Metro Goldwyn Mayer and starring Mario Lanza in the title role. The picture is a highly fictionalized biography of the life of the great Italian tenor, Enrico Caruso.
Ever wonder how Pavarotti, Carreras and Plácido were inspired to be opera stars? What influenced our Three Great Tenors and whole generations of opera singers and directors who have openly acknowledged its influence on their careers was this film and specifically its star, Mario Lanza.
Mario Lanza was dismissed at the time by the purist opera buffs because he was in the movies instead of the opera. Lanza has finally come into his own with the passing of time. He was young, good looking and a movie star who had the most remarkable voice of the past century and the passion and delivery to reach all music lovers, either classical or popular. He was the first who made the jump from classic to pop songs selling millions of records of his popular song recordings.
The film was a massive commercial success making huge amounts of money for MGM at box office and in recordings. Newsweek wrote that, “Lanza brings to the role not only a fine, natural and remarkably powerful voice, but a physique and personal mannerisms reminiscent of the immortal Caruso.” Nearly 40 years after its release, Caruso’s son, Enrico Jr. reminisced that “I can think of no other tenor, before or since Mario Lanza, who could have risen with comparable success to the challenge of playing Caruso in a screen biography”. The film was nominated for three Academy Awards winning for best sound.

A “Must See” for all you opera lovers, music lovers, true aficionados or not and the “just curious”. Someone on the internet has done what many of us wish we could have. Due to the fact that operas must be sung in the same key by all singers and the marvel of today´s technology and YouTube, which makes it available to the entire planet, we can compare two great voices side by side. One, Pavarotti, considered the best of the 3 Tenors by many and another, Mario Lanza, very popular in his time and much maligned by “purists” of the 50s and 60s but who was the inspiration for generations of opera singers after him.

If you´ve never heard them both, you may be surprised at the uniqueness, difference and beauty of the human voice, not only in the basic instrument – its power and reach – but of the technique, phrasing, dramatic interpretation and passion of each of these two great versions of the same aria. This is a true YouTube Treasure.
Here are two very short arias, Pagliacci and Lamento, which are quite representative of both men´s styles side by side. Please comment and tell us which you prefer.

Space 1999 was an extremely popular British/Italian science-fiction television series that ran from 1975 to 1977. The premise and first episode: Nuclear waste from Earth, stored on the Moon’s far side, explodes in a catastrophic accident on September 13,1999, knocking the Moon out of orbit and sending it, and the 311 inhabitants of Moonbase Alpha, hurtling uncontrollably into space.
The lead characters were played by the husband and wife acting team of Martin Landau and Barbara Bain who had just come off of the popular CBS series Mission Impossible after a three year run. In many of its episodes, the program featured guest appearances by notable actors including Christopher Lee, Margaret Leighton, Joan Collins, Jeremy Kemp, Peter Cushing…
Space 1999 drew a great deal of visual and technical inspiration expertise from the Stanley Kubrick´s groundbreaking classic film 2001: A Space Odyssey. You can find many more episodes to the right of the film on YouTube.

Let´s talk vintage Sherlock—not Robert Downey Sherlock.
Sherlock Holmes is the British TV series of Sherlock Holmes adaptations produced by Granada Television between 1984 and 1994. The series starredJeremy Brett as the famous detective. His portrayal remains very popular and is accepted by some as the definitive on-screen version of Sherlock Holmes. You can find many more episodes to the right of the film on YouTube.

The Hound of the Baskervilles – 1hr.20 min.
http://www.youtube.com/watch?v=wstDc4bw1yo

There have been many film representations of Aurthur Conan Doyle´s classic, The Hound of the Baskervilles. In fact the first was a 1914 German film. Many would say the best was Basil Rathbone who starred in the famous series of films about Sherlock, along with sidekick, Nigel Bruce as Dr. Watson . So here is possibly his most famous, considered the best known adaptation of The Hound of the Baskervilles remastered in black and white.

As an added treat, we´ve found two more of the original Rathbone—Sherlock films that have been beautifully colorized. The 1946 Terror by Night and 1945 The Woman in Green – both classics. I know older critics think colorizing is nigh on to capital sin, but I believe it complements rather than detracts from the original and widens the viewing audience to the younger generations many of which would rather play Nintendo or eat dirt to watching any black and white film. 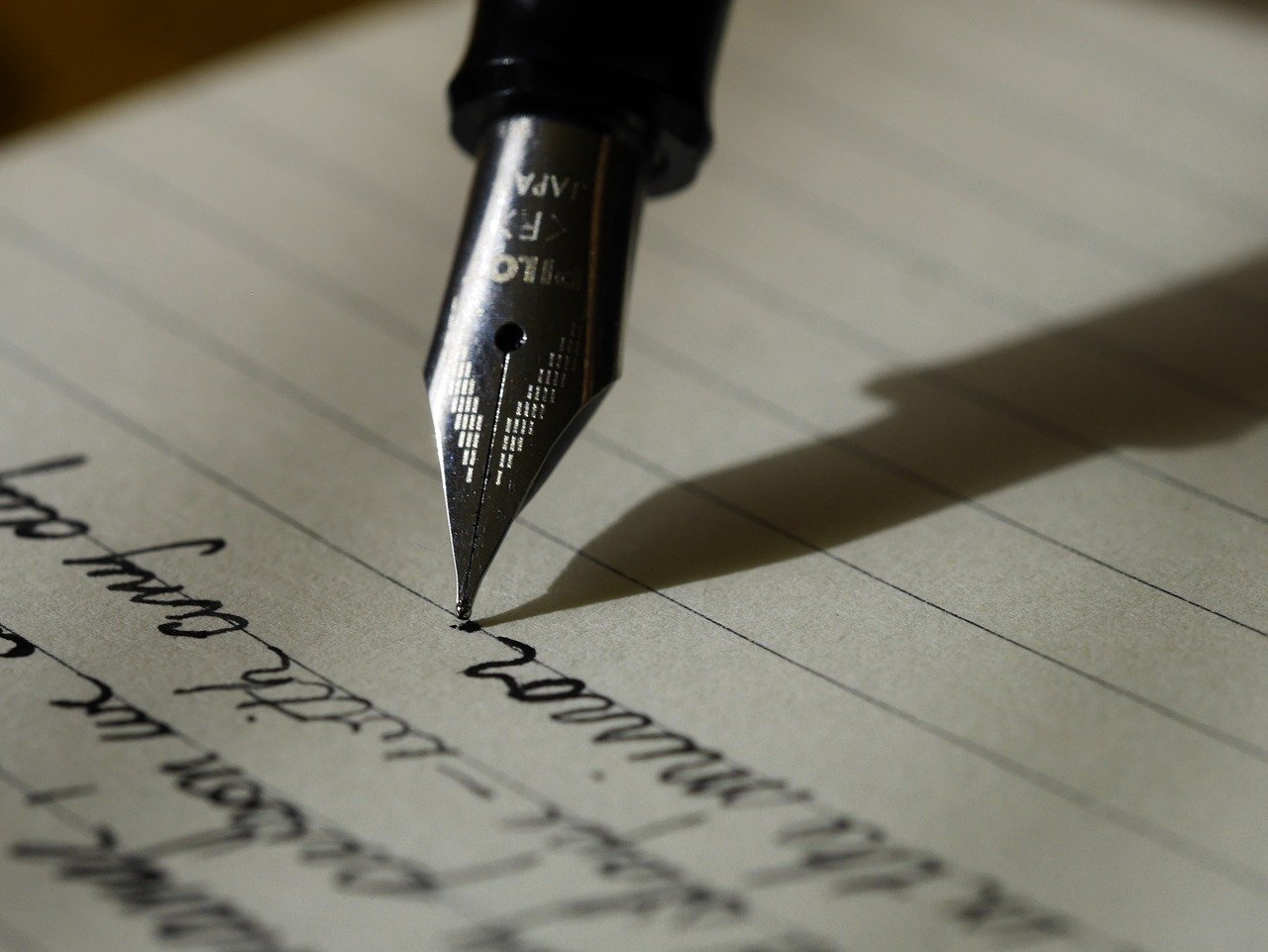 Next article STATESIDE STORIES: Who will speak for the trees? »