YOU SHOULD BE RUNNING THE BULLS NOW, BUT YOU CAN’T!

Running of the bulls in Pamplona? It just isn’t done this year.

Monday, the 6th of July 2020. If this were any ordinary year, the plaza of Pamplona would have been packed to the rafters with excited Spaniards and foreign tourists who couldn’t wait to celebrate the chupinazo and kick off the sanfermines. A rocket would have been fired from the balcony of the City Hall in honor of San Fermin, Pamplona’s patron saint, and the church bells would have been ringing vigorously. 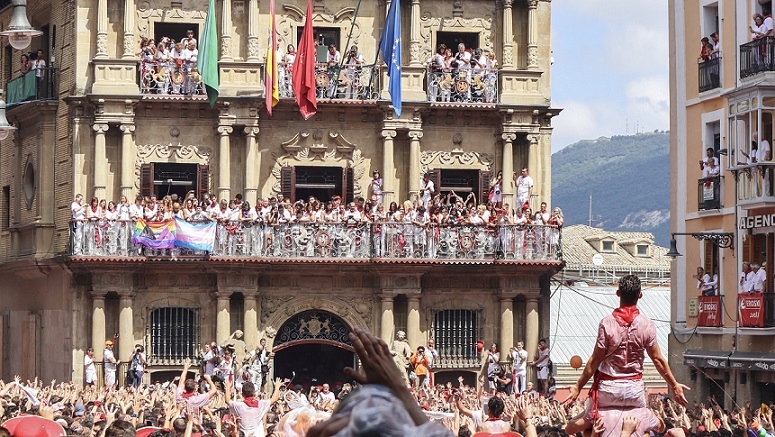 The chupinazo at the  City Hall plaza before coronavirus reared its ugly head.

Sanfermines. It is the world’s most popular running of the bulls. If this were an ordinary year, some 1.5 million revelers from all four corners of the globe would have congregated in the northern city of Spain for the weeklong bull festival. But in 2020, the maximum capacity for the chupinazo was 400 people, per city ordinance on social distancing.

A member of the security forces said, “We’re hoping people will act responsibly.”

Well, what do you know! There were actually more journalists, photographers and television crews on the scene of the celebration than the very roisters! The cop need not have worried. 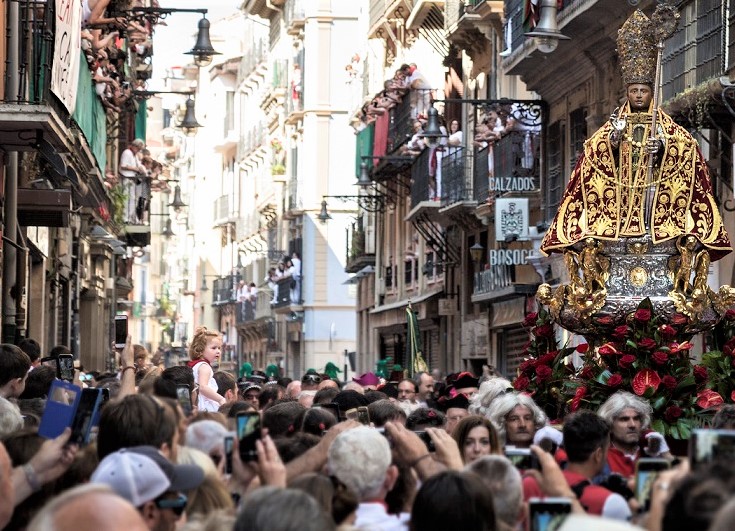 San Fermin: he was dragged through the streets with angry bulls running after him. Thus the tradition.

The few who attended the no-chupinazo, steadfastly wearing the traditional white shirt and trousers topped with a red kerchief, refused to just let the event go. They came. But not without the obligatory face masks. They sang to San Fermin, said to have been dragged through the streets with angry bulls running after him. They went down the route of the encierro (bull run), from the corral on Cuesta de Santo Domingo to the bullring, where the faint echoes of the bulls’ hoofs from past celebrations were about the only sounds of celebration to be heard.

And that was about it.

One of the hardy attendees observed that “no hay mucha gana de fiesta…se ve que falta, claro, falta todo (There’s not much enthusiasm for the fiesta. Something — everything — is missing).” 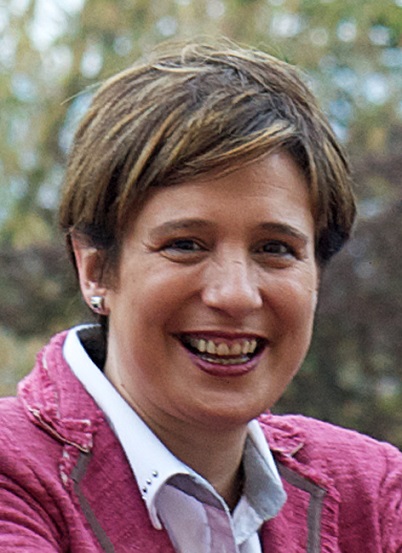 In April, when the worst of the pandemic raged across Spain, Pamplona’s acting mayor, Ana Elizalde Urmeneta, announced that “the San Fermin festival could not be the exception. Like all other events of global importance and national holidays, it is suspended. This will continue until there is a vaccine for the disease.”

Elizalde stood in for the mayor of Pamplona, Enrique Maya, who was confined at the Complejo Hospitalario de Navarra battling the coronavirus.  In a statement, he said that the decision to cancel the sanfermines was “hard and sad but had the consensus of all municipal groups”.

This was only one of the five times when the sanfermines hadn’t been celebrated throughout its long history which could be said to have begun in 1591. 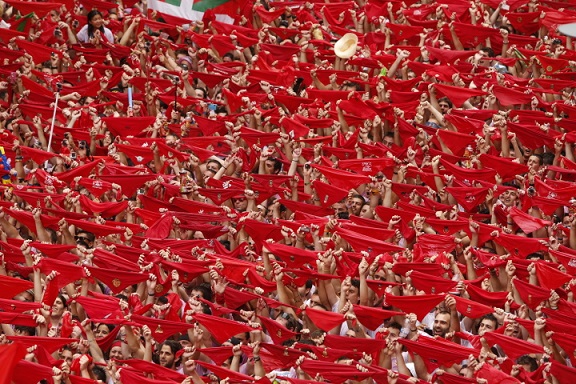 In future, leaving the pandemic behind, Pamplona promises bigger and better sanfermines!

Everyone is setting their sights on 2021, hoping that the new normal wouldn’t be so new as not to bring back the awesome days of the old sanfermines. In fact, Pamplona is promising bigger and better sanfermines to come. 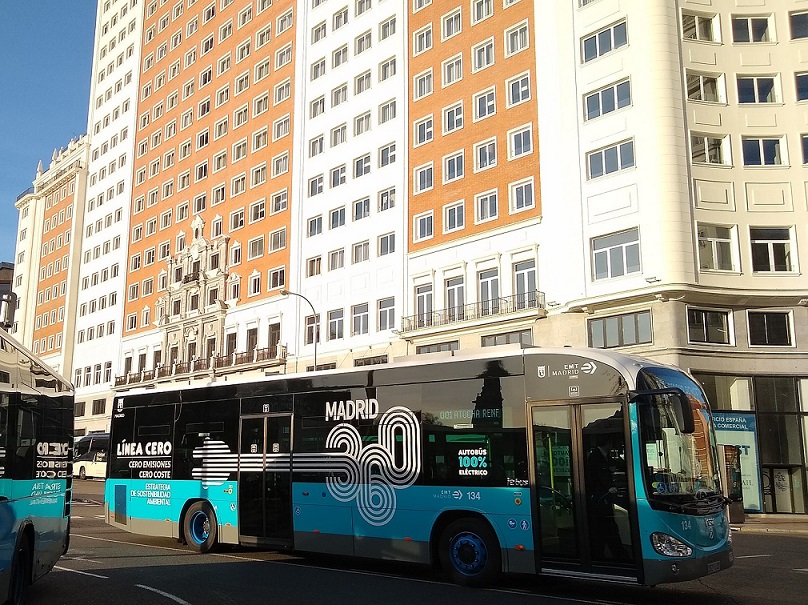 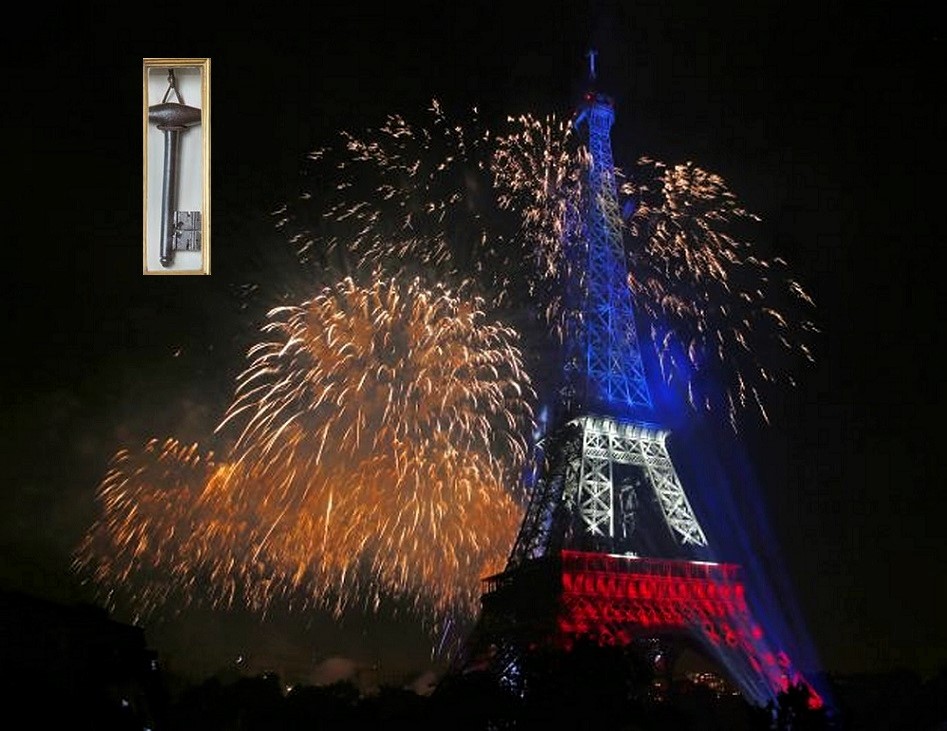 Next article BASTILLE DAY FROM THE AMERICAN VIEW POINT: IT’S ALL IN THE MARQUIS DE LAFAYETTE’S KEY »