WHY YOU MIGHT BE ABLE TO WATCH BULLFIGHTS IN BARCELONA AGAIN 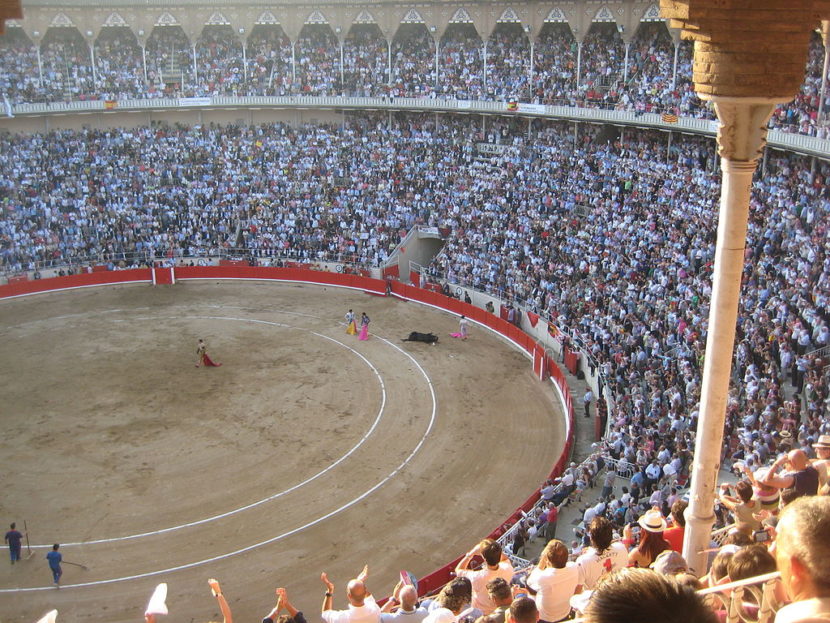 The last bullfight at La Monumental, three months before the regional ban went into effect

It hasn’t been so long since Catalonia said “No” to the toros. Somehow it was epoch-making. In its remote beginnings, the bullfight was Spain’s answer to the Roman gladiator, and now it is gone from Catalonia. the move smacks of the political. It wasn’t at all a coincidence that the autonomous region (there are 16 other Spanish autonomous regions) definitely and finally banned bullfighting as the Catalan secessionism gained invigorated momentum. It was an extraordinary symbolism, showing to all who cared to look that Catalonia was liberating itself from one of Spain’s most emblematic and oldest-existing public spectacles not unrelated to the very formation of the Spanish nation. As a headline of  El Pais in English puts it, “Catalonia says goodbye to 600 years of ‘toros’”.

On 28 June 2010 the regional Catalan parliament bade bullfighting adeu with 68 votes in favor, 55 against, and 9 abstentions. The law went into effect on 1 January 2012. But even before then, on 25 September 2011, the centenary Plaza Monumental de Barcelona had already staged the last of the ritualistic spectacle.

Earlier still, in a plenary session in 2004, Barcelona, under Socialist mayor Joan Clos, had declared itself to be against bullfights.

The trouble is that the Constitutional Tribunal of Spain has ruled on Thursday, 20 October 2016, that in nixing bullfights the regional government of Catalonia has overstepped the bounds of its jurisdiction.

Catalonia, says the ultimate arbiter of constitutional disputes, has the power to regulate public spectacles, including bullfights to some extent, in its territory, and to legislate against cruelty to animals. But it just so happens that according to national laws bullfighting is a common cultural heritage. Given this, Catalonia cannot prohibit bullfights. So therefore the Tribunal overturned the ban.

A great outcry of indignation arose among the majority of the political parties in Catalonia. Barcelona Mayor Ada Colau tweeted that her government will continue to “enforce regulations preventing animal abuse.” That’s the euphemism for continuing to keep the toros from getting slaughtered in the plaza.

Vocal Catalan officials swear they’ll find a way to circumvent the Tribunal’s ban on the ban. Minister of Environment Josep Rull has declared that “never again” will Catalonia be turned into a bullfighting arena.

Only the conservative Partido Popular and the right-of-center Ciutadans welcome the court verdict both of which believe this isn’t really about bullfighting; Catalonia just wants to remove any sign of its ties with Spain.

Moreover, at the time Catalonia passed the ley antitaurina, bullfighting was clearly on the wane so why not wipe it out altogether? Between 2007 and 2014, the number of bullfights held in Spain nosedived from 953 to 398, according to the Ministry of Culture. But Carlos Nuñez, President of the Union of Fighting Bull Breeders, argues that “just like other cultural activities, we have been affected [temporarily] by the [prolonged economic] crisis.”

After three years’ absence, bullfights reappeared in the Basque Country’s San Sebastian in 2014. The resort city in northern Spain is one of the few to reinstate the spectacle. Since 2014 there have been timid signs of recovery in the plaza de toros around Spain. Will the recovery last? We will see.

Previous article « A GUIDEPOST REPRINT: THE DOÑANA NATURAL PARK 3O YEARS AGO (The Park’s Still There!)

Next article A GUIDEPOST REPRINT: “SPANISH WITCHES, THE MEADOW OF THE GOAT” »