WAKE UP AND GREASE IT! 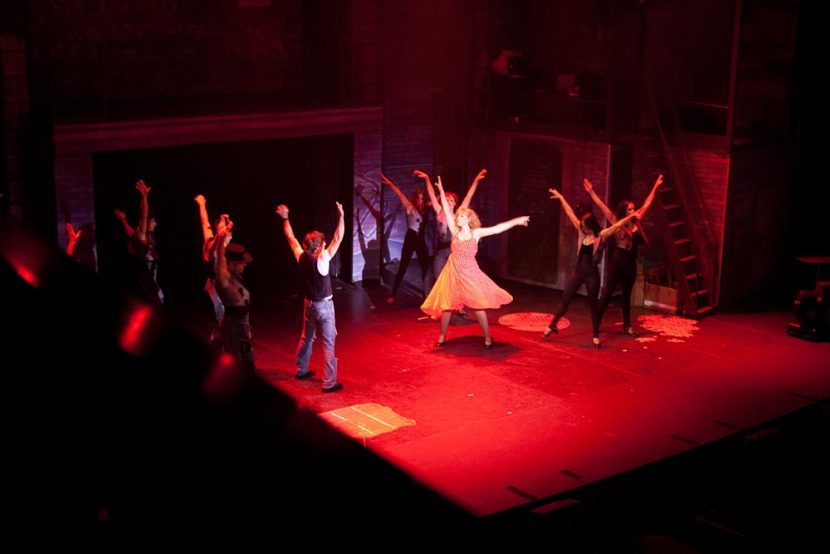 Two Thumbs Up for Drive Entertainment S.L. for Keeping Our Feet Tapping
To the Tunes of HOY NO ME PUEDO LEVANTAR and GREASE

In spite of the crisis, Spain is bursting with talent and the country has entrepreneurs in the theatrical world who are capable of making any play a successful massive production. This is obvious as Drive Entertainment S.L. gave you The Sound of Music and other hits. In 2005 more than 250,000 spectators applauded Hoy No Me Puedo Levantar (I Cannot Get Up Today). The revival of the erstwhile runaway hit of a musical, based on The Movida (many foreign journalists referred to it as The Happening) of the eighties, is drawing huge crowds once again. No wonder, the music of Mecano is meant to influence and capture a whole new generation for decades to come.
At the recent sneak preview the press were wide awake, applauding to the very end – si, pueden levantar !

THE REAL STORY BEHIND HOY NO ME PUEDO LEVANTAR

It was the best of times, it was the worst of times, it was the time for the young to burst into the scene like the proverbial dragon about to rouse from a deep sleep. There were eruptions from all directions, extending to art, literature and music, sweeping a lot of young people in its wake and all hell broke loose. There were reminiscences of the Paris of May 1967 when students took to the streets and of the time when troubled youth converged in The Summer of Love on Haight Ashbury District in San Francisco in 1968.

Now in retrospect many of us – “the outsiders” – who have been here in Madrid since the seventies are trying to rack our brains as the question pops up: Where were you when The Movida started? I for one was living in a rented flat in the calle de Molino de Viento (The Wind Mill Street), very close to where it all started, the Dos de Mayo plaza. Since the street has my surname I usually made a joke of it: “I am a modern Don Quixote looking desperately for the windmills!”

I fondly remember the two Liverpudlians Paul and Howard, my flat mates – thorough gentlemen who were not only gregarious but also neat and tidy and kept the flat spick and span. On cold or rainy weekends we stayed indoors and indulged in palm readings or played cards with our group – charming Mila, gregarious Asturian-born Valentín and lively peroxide blonde Paquita amongst others. At other times we went dancing in an oriental dance hall called Bali Hai near Libreros Street where Alaska, a Mexican songstress and key figure of The Movida, resides today.

I was naïve and didn’t know what was really happening. A lot of English girls stopped me for directions to Dos de Mayo. It took me many years to realize what had really happened. Hoards of foreigners arrived on weekends and headed to the historical plaza where the Spanish once put up a strong resistance against Jose Bonaparte´s (brother to Napoleon) troops. The reason? Drugs were readily available for the first time in Spain and drug pushers were having a field day at Dos de Mayo.

There would be a high price to pay for the youth were unprepared for the sudden permissiveness. Writers, cinema and theatrical directors and musicians began to defy the authorities. Vanguard artists were crawling out of the underground into the open. Themes that were once considered taboo were being openly discussed.
The result: publications were seized and many concerts were performed under the watchful eye of the authorities.

This situation is faithfully reflected in Hoy No Me Puedo Levantar .

Those were exciting times but now, in retrospect, it was just another page in history. Or was it?

The sound and the fury revived
The Happening in Madrid in the 1980´s spread like wildfire to other regions in Spain and Hoy No Me Puedo Levantar (the Coliseum theater) promises to repeat its own previous success. At the opening of this controversial musical a disc jockey with a striking resemblances to Joel Grey in Cabaret appears on the left side of the stage. His gestures and jokes send peals of laughter among the audience.

Then all at once windows appear on both sides of the stage exposing the beauty of youth. Well-groomed lads and gals garbed in the modern fashion begin to sing, enthralling the viewers instantly. A young body builder uses dumbbells to expose his well-developed muscles sending shock waves through the feminine sector in the audience!

The audience is led back to the Madrid of the early 1980´s right after this tantalizing song-dance sequence.

A guy by the name of Mario who hails from a small town wants to head to Madrid where he knows anyone can make it with a good set of instruments and talent. He teams up with Colate (´jump the queue´´). In Madrid, after going from bar to bar looking for a job, they are finally hired as servers at a joint known as El 33. Waiting at tables is not their kind of job but they need the bucks to purchase instruments so they rough it out.

The play takes on a song-and-dance routine where the youngsters enjoy their new freedom.

Even though Mario triumphs his friend Colate is hooked on drugs and contracts AIDS.

In spite of the sad tale the musical is a total success due to the catchy tunes set in a turbulent time in Spain. Those who were caught in the radical change just want to go down memory lane to reminisce whilst the new generation views it with curiosity and some shock – really unbelievable to their eyes.

And the audience is mesmerized by the electrifying performance of a brilliant cast headed by debonair Daniel Diges who represented Spain at the 2010 Eurovision song contest.

The soft-spoken actor is familiar to television viewers as well as to theatergoers. After having gained popularity in such primetime series as Aqui no hay quien viva, Ana y los siete and Hospital Central he took the stage by storm and stole the show in such popular plays as The Beauty and the Beast, Les Miserables and High School Musical. He also appeared in the first version of Hoy No Me Puedo Levantar (2005) and En Tu Fiesta Me Colé (I crashed your party), a version for kids of the aforesaid play.

And Drive Entertainment S.L. has scored yet another hit in the revival of Grease at Teatro Apolo.

The film has had so many reruns that most of us know the storyline: summer 1958 Danny Zuko (played by a slim John Travolta) and Sandy Olson (blonde and gorgeous Olivia Newton-John catapulted to fame and fortune after doing this flick). A very young Richard Gere played Danny in the London version! 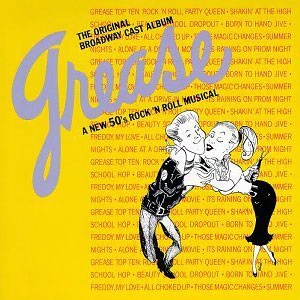 The Spanish version to celebrate the fortieth year of this musical is bubbling with talent. Javier Arroyo as Danny Zuko emulates Travolta to perfection. Marta Arteta as Sandy is almost a carbon copy of Olivia from her blonde tresses to her make-up. Her performance is so good that you could mistake her for the real Newton-John.

The dance and song numbers by this talented cast will make everyone feel like jumping onto the stage. There are times when the stage seems to shake and dazzle, making a revolving disco.

For those of you who want to get ahead in Spanish or a family who want to be shaken up by rock and roll, dropouts and prom nights and those haunting themes such as “Summer Nights,” “Hopelessly Devoted To You” “You´re the One I Want” – all rendered beautifully in Spanish – Grease would be perfect for an evening out.

Put your best foot forward and you better shape up, as John Travolta and Olivia Newton-John would say. 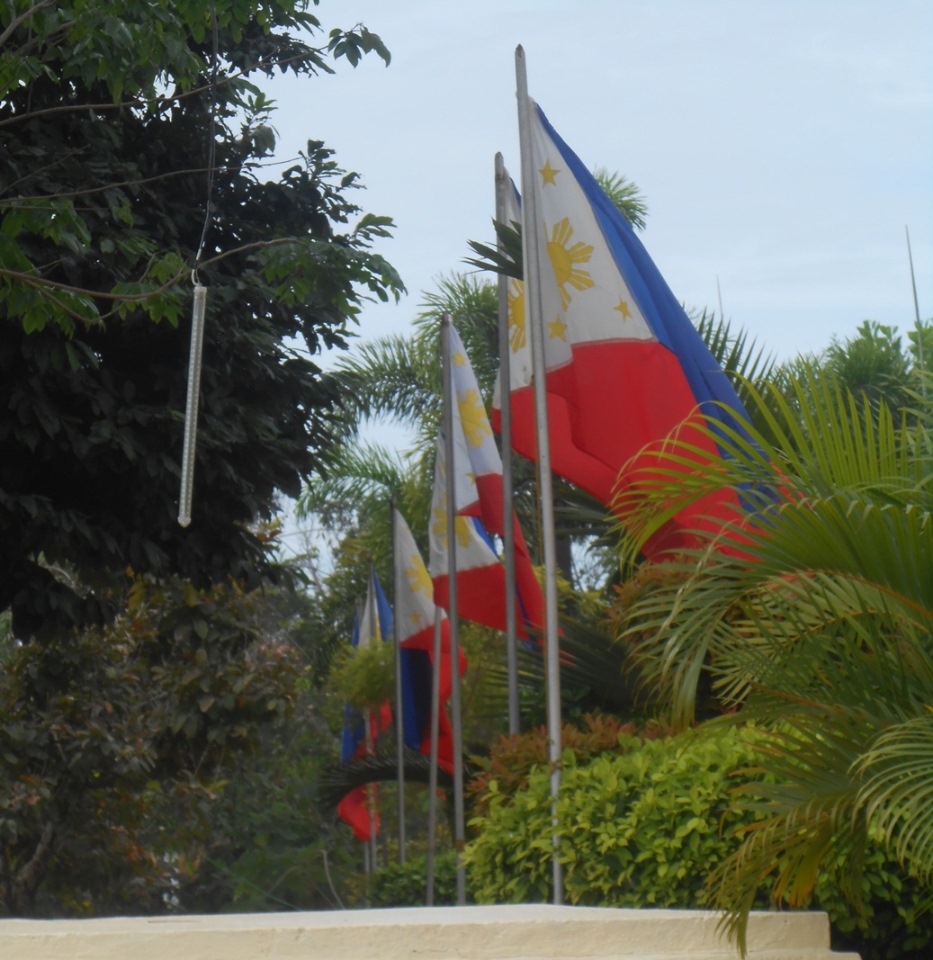 Previous article « CHRONICLES OF A SOUTHEAST ASIAN SOJOURN – I

Next article CHRONICLES OF A SOUTHEAST ASIAN SOJOURN – II »