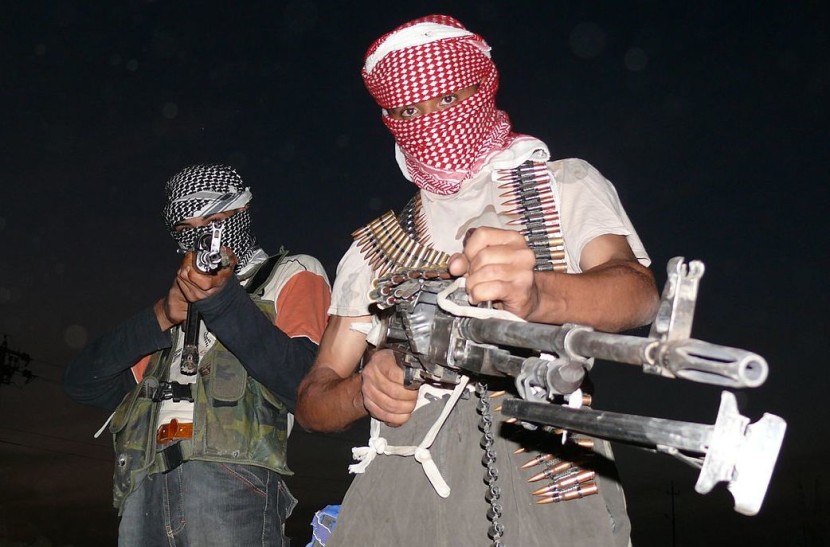 It seems that no country is safe from ISIS terrorist acts.

Japanese journalist Kenji Goto, and the man he tried to save, Haruna Yukawa, were beheaded by ISIS after the group demanded a $200 million dollar ransom and the release of Sajida al-Rishawi, an Iraqui woman on death row in Jordan for a deadly bombing there 10 years ago.

Mr. Goto, 47, a veteran journalist, entered Islamic State-held territory in Syria in late October in an effort to rescue Mr. Yukawa, who had been captured in August. Local television stations had been showing clips of Mr. Goto’s reports from the region.

Mr. Goto’s mother, Junko Ishido, was quoted as saying, “My son’s final act was to go to Syria to help a fellow Japanese,” adding, “Please understand his kindness and courage.”

President Obama issued a statement saying that the United States “condemns the heinous murder of Mr. Goto, a courageous journalist.”

A Jordanian government spokesman, Mohammad Momani, said that Jordan “spared no effort to try to save the Japanese hostages’ lives,” and had been in “continuous contact with the government of Japan during the negotiations.”

The Jordanian government did not give in to ISIS demands that Ms. Rishawi be freed, since they hadn’t been given proof that a Jordanian pilot, First Lt. Moaz al Kasasbeh, held by ISIS, was still alive. Ms. Rishawi had been convicted for her role in a series of hotel bombings in Amman in which at least 57 people had been killed in 2005.

The vicious beheadings were videotaped and broadcast over the internet. In them, a black-masked extremist known to authorities as Jihadi John because of his British accented English blamed the Japanese government for Mr. Goto’s fate. On the video, the man said,”To the Japanese government, you, like your foolish allies in Satanic coalition, have yet to understand that we by Allah’s grace are the Islamic caliphate, with authority and power: an entire army thirsty for your blood.”

Japan’s Prime Minister, Shinzo Abe, holding strong, said, “We will increase our humanitarian aid, including food and medical support.” He added, “Japan will resolutely fulfill its responsibility to the international community in the fight against terrorism.”

As for Jordanian lst Lt. Moaz al Kasasbeh, it turned out that he was still alive and the ISIS burned him subsequently to death while trapped in a cage. The Jordanians said they would execute the female prisoner that ISIS wanted in exchange for the Jordanian pilot. In fact Jordanian King Abdullah, who has the full backing of his people, vowed “earth-shaking” response.

Marine Corps Gen. John Allen in 2012, left, then Commander of the International Security Assistance Force: he has the track record that augurs well for the Global Coalition to Counter ISIS where he is lending his services

If there is any “bright” spot in all this tragedy it is that the videotaped burning of al Kasasbeh has backfired on ISIS and “galvanized the coalition”  fighting the ISIS, according to retired Marine Corps General John Allen in an exclusive interview with ABC News. A Special Presidential Envoy for the Global Coalition to Counter ISIS, the general is now in Jordan to confer with the king where he said that the killing was “one of those moments that created unity of purpose and a unity of effort among the nations [of the world].”

Belgium and France are on high alert due to recent terrorist acts, and England, Canada and the United States are cooperating in the fight against terror, along with newly-recruited Japan.

In Spain, the United States is negotiating for the conversion of the Moron Air Base, jointly operated by the two countries, into a permanent center to tackle Islamist threat. The Andalusian base is deemed “ideally located” for the purpose.