“Seven Leagues” is one of the two films from Spain featured at the Lincoln Center’s Dance on Camera
Festival (July 12-15, 2019) where documentaries from seventeen countries were
shown. For the other Spanish film, see  “Two Films from Spain
Featured at Lincoln Center Dance Film Festival:
(1) ‘From Knee to Heart'”

For Spanish families, Sundays are traditionally devoted to eating a big afternoon meal together and hanging out. But for some families living in the port city of Valencia on Spain’s southeastern coast, Sundays are when parents of children with motor disabilities get together to support each other and bond while their children are taking ballet classes at Esther Mortes’s dance school. In this heartwarming documentary, the filmmakers take us on a journey of discovery, challenges, growth, love and support.

It all began in August 2012 when Marcia Castillo, the mother of Gabriela, a child with cerebral palsy, received an email from a cousin, urging her to watch an ABC News report about Gregg Mozgala, an actor and dancer with cerebral palsy, who worked intensively with choreographer Tamar Rogoff, and eventually danced the lead as the Faun in her company’s “Diagnosis of a Faun.” The report showed images of his spectacular physical transformation before and after his dance training. Castillo, already convinced of the therapeutic value of classical dance, approached Mortes, who had a dance studio, and along with Patricia Morán, Gabriela’s physical therapist and a dancer, Balletvale+ was born two months later.

Morán became involved when she started using classical ballet exercises with Gabriela in her house. “It was a fun and playful way to work every muscle in the body,” she said. “Her mother thought it would be a great idea to start an adapted ballet group.”

The documentary takes us into the children’s homes and lives as well as into the dance studio, where the children of various ages and physical abilities are doing floor and standing up exercises with the aid of teachers and a cadre of young dedicated volunteers, who help them move and stretch their muscles. The children also do barre work, and more than one has insisted on having a barre installed at home.

Morán said, “Ballet and physical therapy work complement each other, but dance is much more useful for the alignment of the body and position of the spinal column, and balance. Footwork, plié techniques, is to be able to jump and land. Tendu is for weight transference because it’s what we do when we walk. We work on arms for greater fluidity in movements. Music helps the brain to work rhythmically.”

There are interviews with the parents, teachers, volunteers and the children, who are quite forthcoming about what it feels like to be bullied, insulted, stared at, made to feel different and how ballet closes that gap and gives them confidence. Also, a year after the program started, Mozgala and Rogoff came to visit. Mozgala, who gave a dance demonstration and led the kids into movement, said, “It gave me a way into my body and how to access it.”

Rogoff noted that Valencia feels like a revolutionary place because of all the support the children receive.

The title “Seven Leagues” refers to a fairy tale in which diminutive Tom Thumb, who was underestimated by everyone, put on these magic boots which made him capable of running and jumping over mountains to save his siblings from the ogre. Their seven leagues moment is the culmination of the documentary; we watched the students perform at Valencia’s Teatro Principal, where the Esther Mortes School runs a festival every two years. “They have a chance to participate with the rest of the school,” Mortes said. “They should feel like dancers like everyone else. It’s a moment of inclusion.” 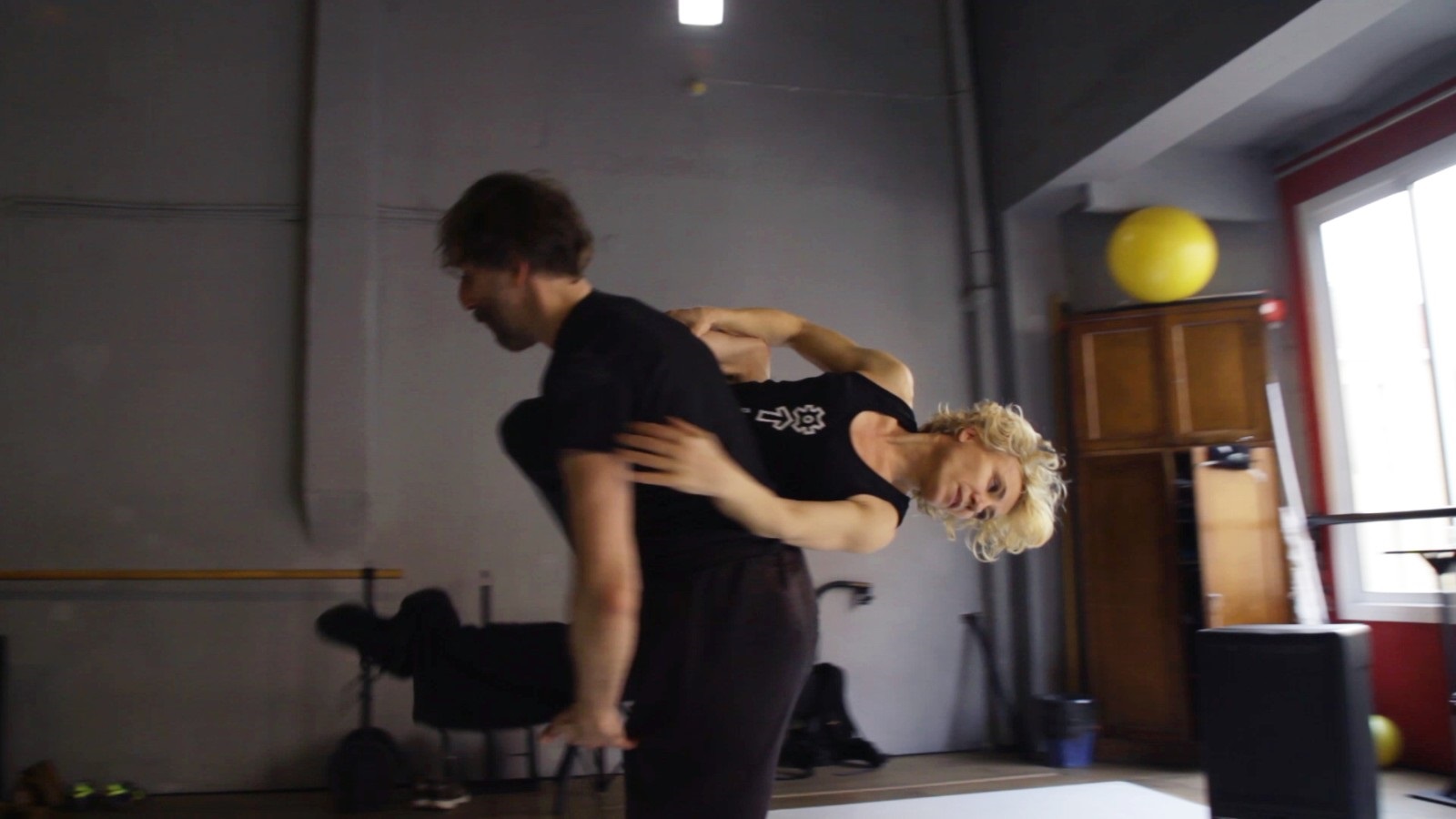