The author, on the left, with a TWA colleague. (Background: Edificio España,
where Hotel Plaza, and presently  RIU Plaza, was nestled)

by Ann Fox
Photos: A. Fox unless stated otherwise 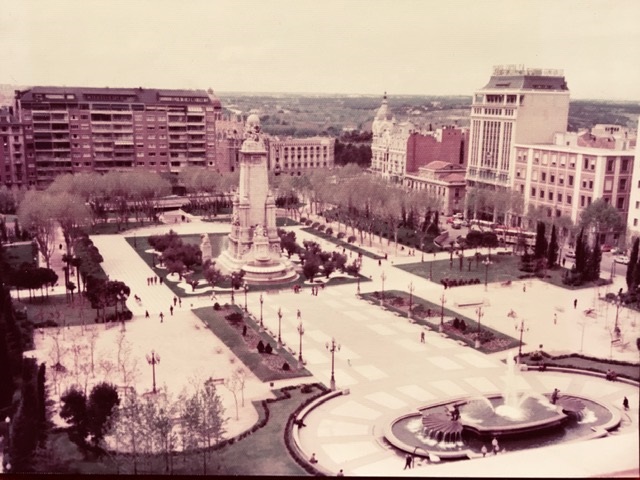 During my thirty years as a TWA flight attendant, I spent many a layover at the Hotel Plaza in the Plaza de España. Whether coming off a new Boeing 707 in the sixties, the whale-sized 747 in the eighties or a sleek 767 in the nineties, the Plaza was my home away from home. 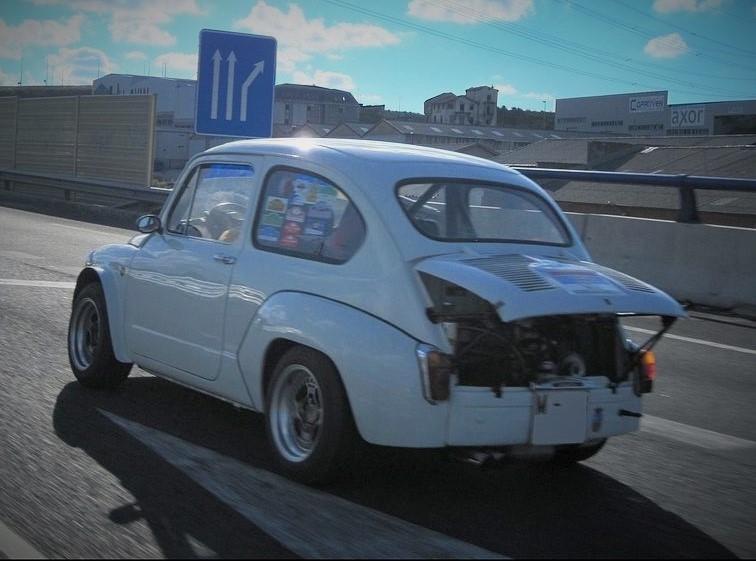 Dodging SEATs here and there from Barajas airport

My first international flight assignment was to Madrid in 1965. I remember stepping out of the plane onto the stairway, clutching my hat with a gloved hand and breathing the dusty air that blew in from the meseta. The terminal smelled of Clorox from the cleaning women who scrubbed on their knees and black tobacco from the mozos who stood around and smoked. Barajas was the quinto pino; it was love at first sight.

After a scant fifteen-minute ride from Barajas, dodging a SEAT here and there, the crew arrived at the Edificio España, one of the tallest buildings in Spain. The hotel was nestled inside, wrapped in a cozy cocoon of cafeterias, bars, restaurants and watering holes that catered to all tastes. The place looked sleepy. I didn’t know this was the town that never sleeps. Everyone was inside those bars, cafeterias and watering holes.  It was eight o’clock in the morning. 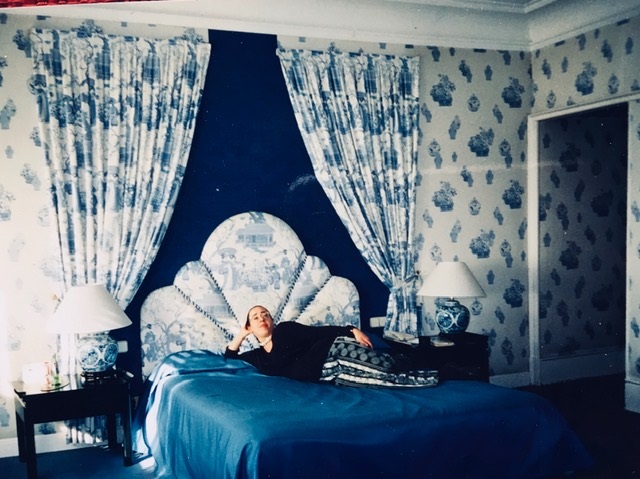 The only room in the hotel that wasn’t brown

During the thirty years I frequented it, the Plaza lobby was always painted various shades of brown. From the tan of the tortilla, to the beige of the croqueta to the umber of the solomillo, the palette never changed much. This was comforting, but Martha Stewart would have given it a thumbs down.  The rooms were a virtual lumber yard, with wood closets, wood doors, wood headboards. Good thing the Sierra Nevada was made into a National Park. It would have wound up as shelves in the Hotel Plaza.

The hotel had “Castilian” suites with a small kitchen, a sleeping  balcony and lots of uncomfortable wooden chairs that Don Quixote might have sat in. They must not have been reserved often because someone in the crew usually got one. Bad idea.  A 747 cabin crew of 14 fit very comfortably in there for a “debriefing.” We actually didn’t need the kitchen – all those miniatures we took from the plane didn’t take up much room. Once in a while, a naked Maja was seen running across the balcony chased by a Don Juan Tenorio. 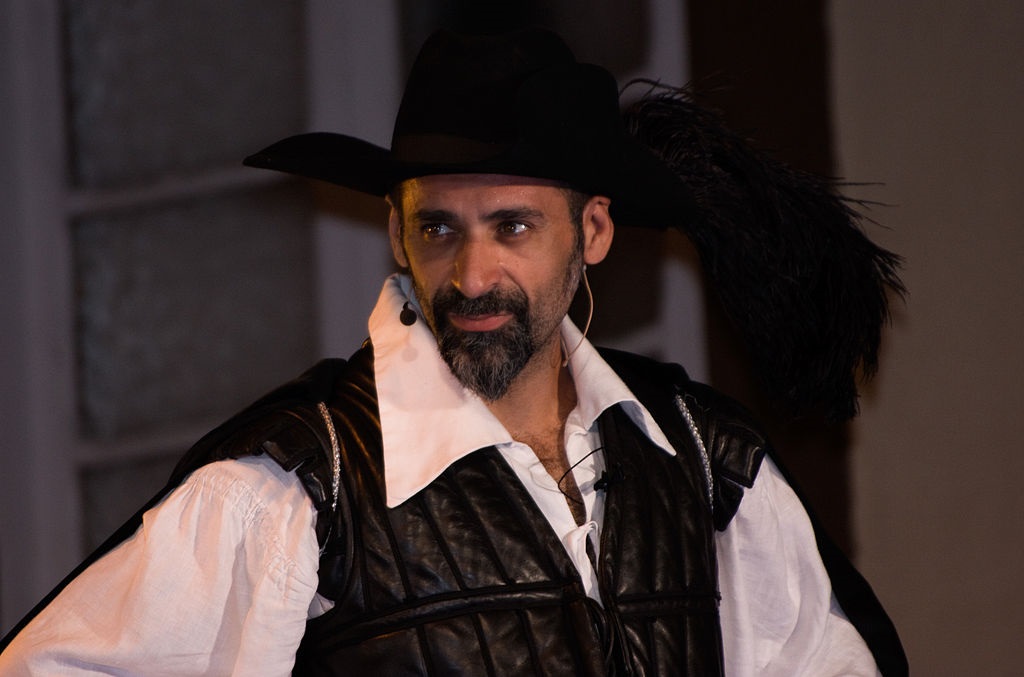 The pool was on the top floor of the building. It was home to both the Franco-era skirted bathing costume and the dental floss bikini of the movida. There always seemed to be fruit floating in the water from someone’s sangria.

The hotel had an N floor, where there was a nice bar with comfortable chairs. I’m not sure what the “N” stood for, probably “No, not again”.  That was where we would shoot each other with water pistols. We thought it was funny after the sangrias and the miniatures. I guess you had to be there.

The building was erected in 1953, but by the 1980s it was showing its age.  On one layover after a long night of serving 350 meals in the coach section of a 747, I finally fell asleep in my nice Hotel Plaza brown room, when the phone rang. It was one of the operators. We knew them all because they sat to the right of the reception in plain view. “Pili” told me that a smoke alarm had gone off and she had to call everyone to evacuate. I was startled and  said something like “jo pe.” Noticing my reluctance to get up, she explained further that it could be just faulty wiring… I asked if she was going to evacuate. She said “no” and I told her, “then neither will I” and promptly went back to sleep. It turned out to be faulty wiring. 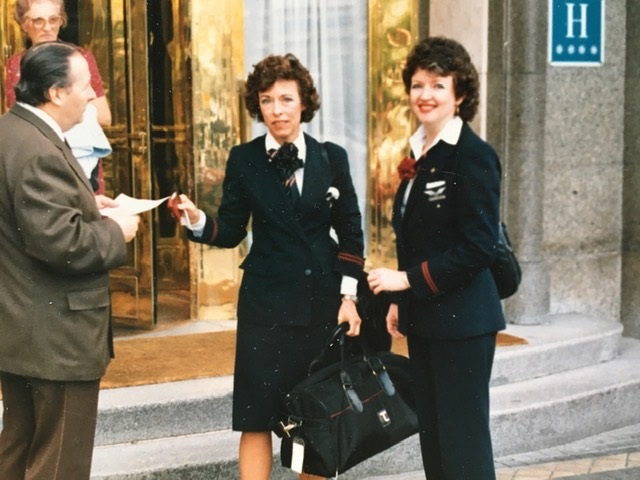 Getting the weather report from the doorman who, this time, is in his more subdued uniform

The hotel had a doorman in an outfit that made him look like a brigadier general in some  Zarzuela.  He was a self-styled weatherman. He said the weather came from Toledo, which was somewhere beyond the fountain and statues of the Plaza de España in front and just by looking out, you would know whether or not  to carry an umbrella.

Well, one day I decided to see for myself and requested a room that looked out the front of the building. Little did I realize that Toledo was 44 miles and thousands of dust balls away. But the view of the fountain and the Cervantes Monument was lovely. That night I was awakened by a loud noise. I thought it must have been some revelers celebrating a win by Real Madrid, but no. I looked out the window to see a car sitting in the middle of the fountain. The driver crawled out and tottered toward Cervantes. Soon police cars arrived and a grua lifted the offending vehicle out of the water. Another exciting evening at the Hotel Plaza. 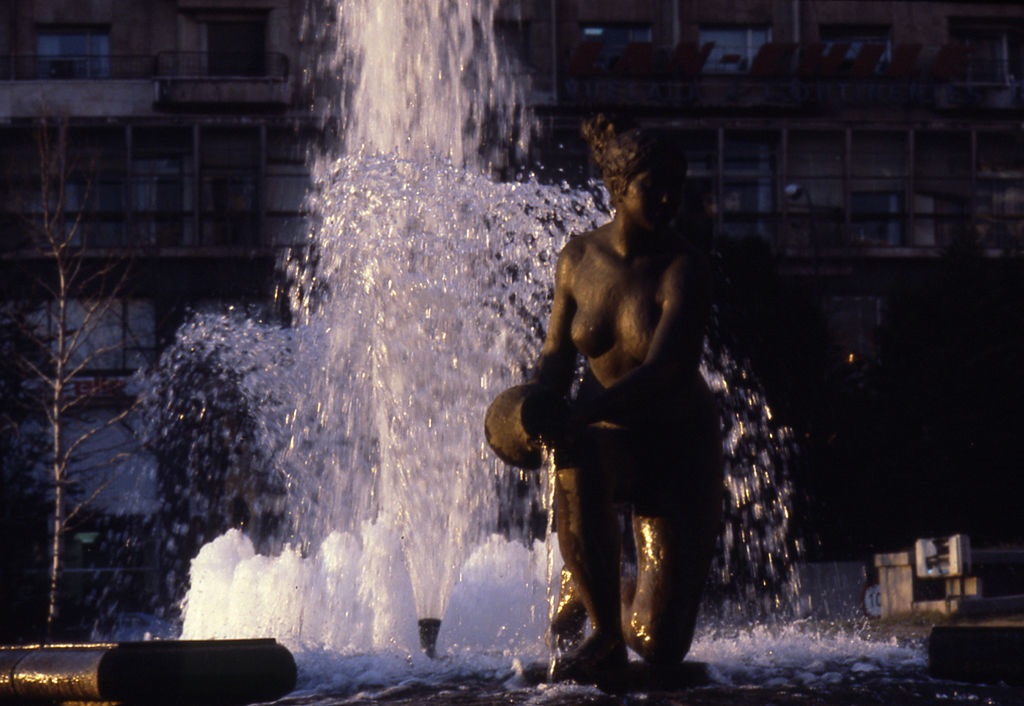 The Plaza España fountain: “The view of the fountain and the Cervantes Monument was lovely. One night I was awakened by a loud noise; it must have been some revelers celebrating a win by Real Madrid. I looked out the window to see a car sitting in the middle of the fountain. The driver crawled  out and tottered toward Cervantes.”

If Madrid offered libations at every few steps (did I mention the  Flaming Crocodile Tears served in the bar at the back?), it also had a remedy: cafe solo and tortilla de patatas. The Plaza had a cafeteria next door, downstairs and in the back of the building.  Tortilla smells competed with the ubiquitous Clorox and Gitanos. Whichever place you chose, the grease and caffeine combo was just enough to get you at least halfway across the Atlantic  when the poor substitute of airline coffee took over and you dragged yourself through the rest of the flight.

The way we were scheduled,  we could count on being in the welcoming arms of the Hotel Plaza about four days later.  Of course, as time went on, there were fewer Flaming Crocodile Tears’ evenings and Naked Maja sightings and more snoozing by the pool and leisurely strolls up the Gran Via. I would still partake of the lively lunches in the expansive Guidepost offices in the same building, but that’s another story.

The RIU Plaza has been opened in place of the Hotel Plaza of old.  Guidepost ought to send me over to report on any sangria fruit still stuck to the sides of the pool or water stains on the damask walls of the “N” floor. I’ll have some Flaming Crocodile Tears for old times’ sake. 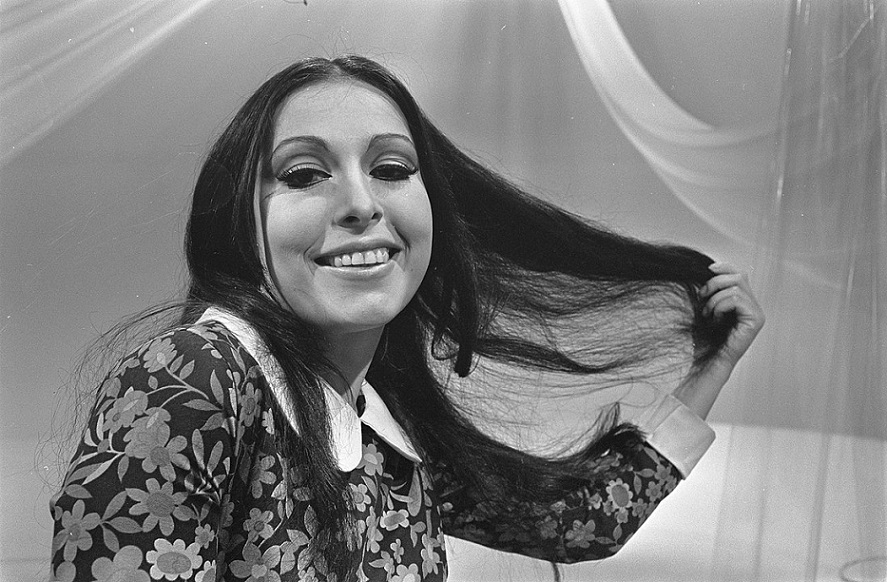 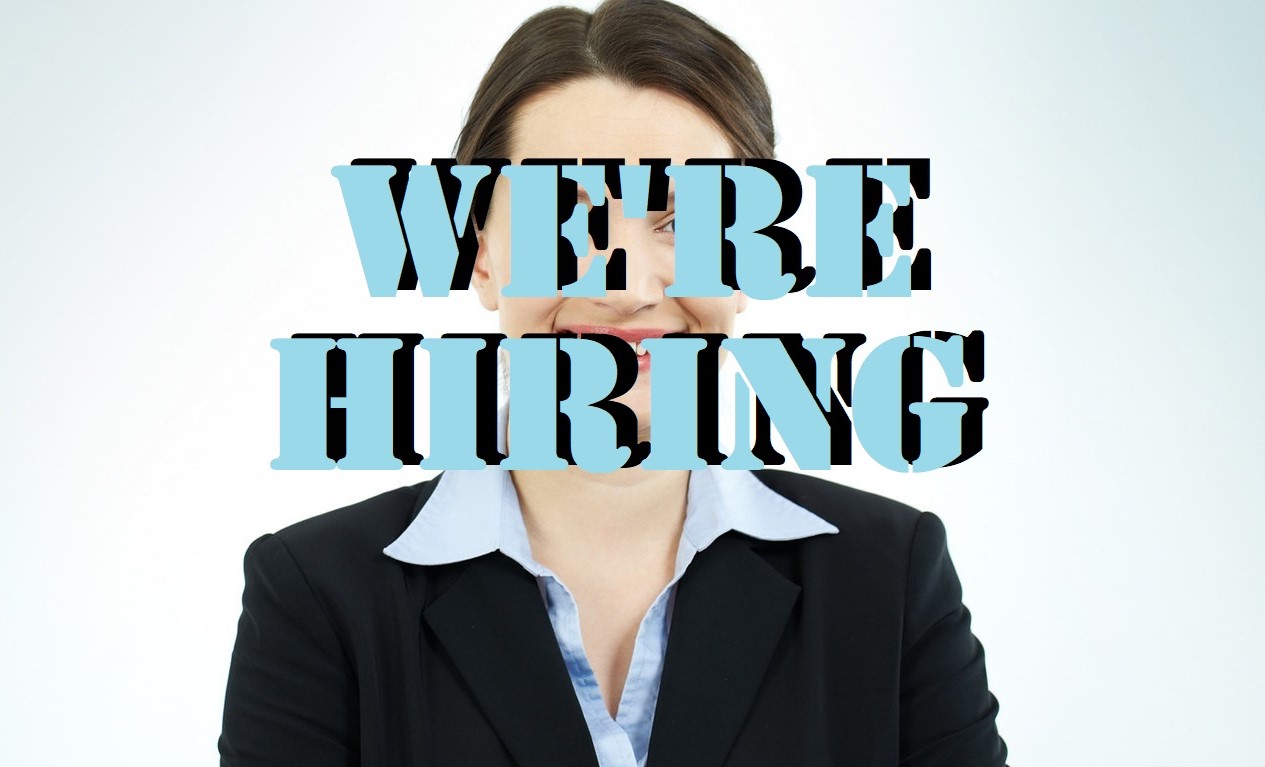