TRIPLE DELIGHT: FIESTAS DE EMPANADA & VIN0, AND A WITCHING ANDALUSI HOUR. WHAT MORE COULD YOU ASK!

Summer is all but over. You’d think, so are the fiestas. But wait, in bracing September the fiestas that combine folklore and gastronomy keep on going on. To name just three: the Fiesta de Empanada (Pie Festival) in Carral, A Coruña; the Embrujo Andalusi (Andalusi Bewitchment) in Carratraca, Malaga; and the Ferias y Fiestas de San Mateo y de la Vendimia Riojana (Fairs and Fiestas of St. Matthew and the Grape Harvest) in Logroño, La Rioja.

These are held on either end of the peninsula but would you let mere distance stop you from sampling some of the best Spanish autumn festivals? If anything, they’re a great way to start off the year that begins in the Fall and ends in Spring! 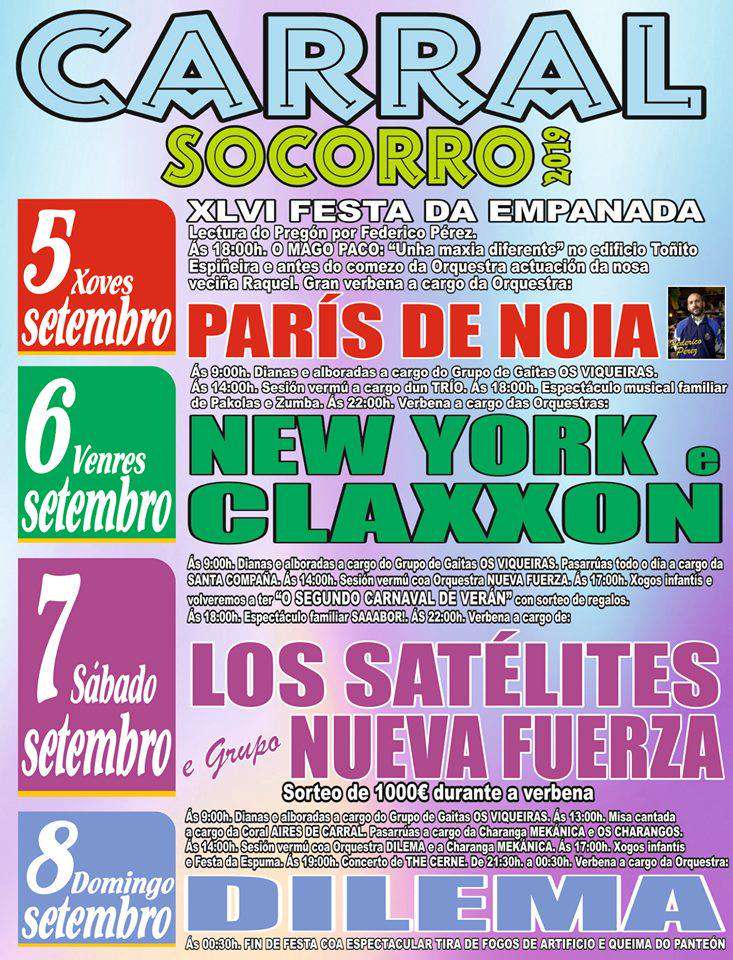 Carral is famous for the exceptional quality of its artisanal bread, spongy texture inside a crispy crust, rich with the full aroma of baked wheat.

The tradition of bread-making is so entrenched in Carral there are 20 bakeries in the small municipality to meet the demand of Galicians who have known the taste of the best of breads and won’t have anything less, and gourmets from other parts of Spain. Some of the bread are transported daily by air to restaurants in Madrid and Barcelona that serve bread only of the highest quality.

The same rigorous standards for producing the delightful bread apply to the making of the Empanada, the other star product of the Carral gastronomy.

The stuffing of the Carral Empanada ranges from the produce from the sea (tuna, cod, squid, cockles. . .) to the farm (meat, chicken).

Hundreds of kilos of the empanada are dispatched weekly from the bakeshops of Carral. And you’ll have the good fortune of feasting on them during the Fiesta de Empanada.

Maybe the pie is what gives the name to the fiesta but there are many other stuff in line or it wouldn’t be a fiesta at all: vermouth sessions, pasacalles, verbenas with charangas and orchestras. . . 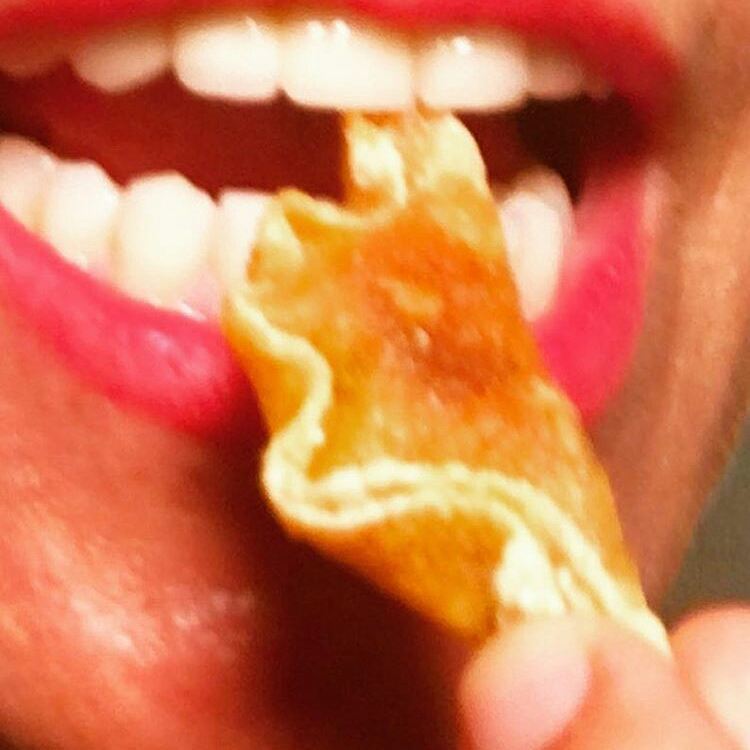 Yet, despite all these irresistible ingredients to earthy festivities, the Fiesta de Empanada is a religious festival, to honor Saints Anthony and Roque and the Virxe de Socorro. It is actually to honor the two saints and the Virgin that the fiesta is being held, not the Empanada! So Mass will be celebrated too, throughout.

A fireworks display will bring the Fiesta de Empanada to a close.

Carratraca: a small town in the Andalusian province of Malaga, on the slopes of the
Ronda mountains carpeted with fields of lemon and orange trees.
Some 60 km from the provincial capital.
Date: 6 – 8 September 2019

The urgings of the organizers: ¡Déjate embrujar! Dump your hangups and let yourself be bewitched! 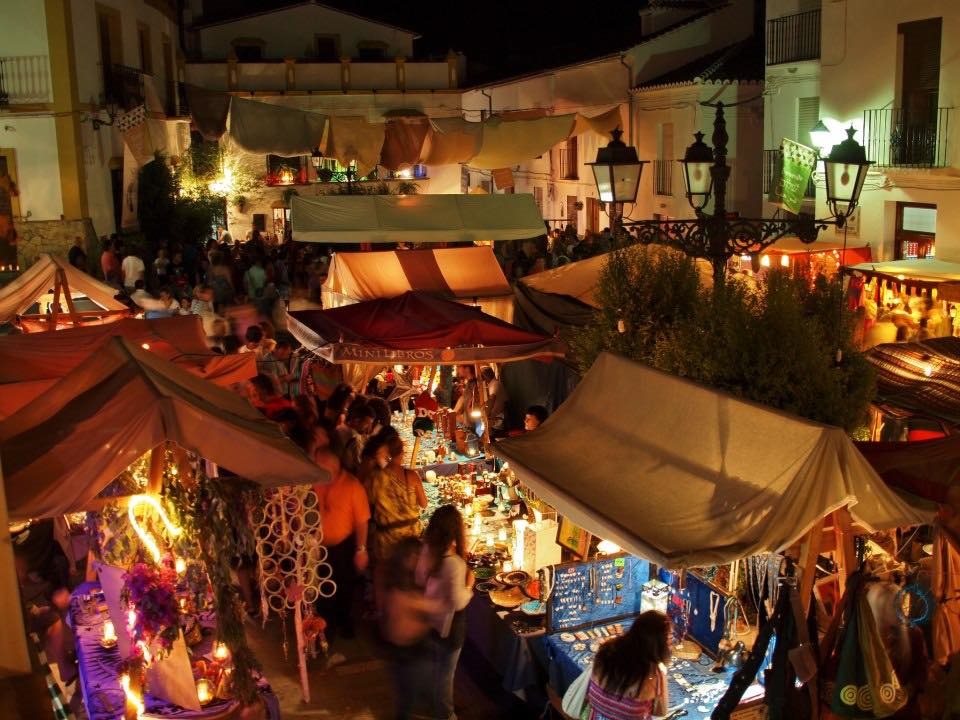 Embrujo Andalusi is a celebration of Carratraca’s Moorish and Sephardic heritage, a journey into the past, through a medieval souk, gastronomy, artisan workshops and exhibits, Islamic and Sephardic music and dance (jump in and belly-dance!).

The mysterious past fuses with the present, making Embrujo Andalusi a meeting of cultures and times.

The high point of the Encuentro takes place in the centenary polygonal bullring within the framework of the “Noches Magicas Andalusies”. Popular personalities like Antonio Canales, El Lebrijano, the Malaga Symphony Orchestra and flamenco opera group Xebalamar have bewitched the fiesta crowds. 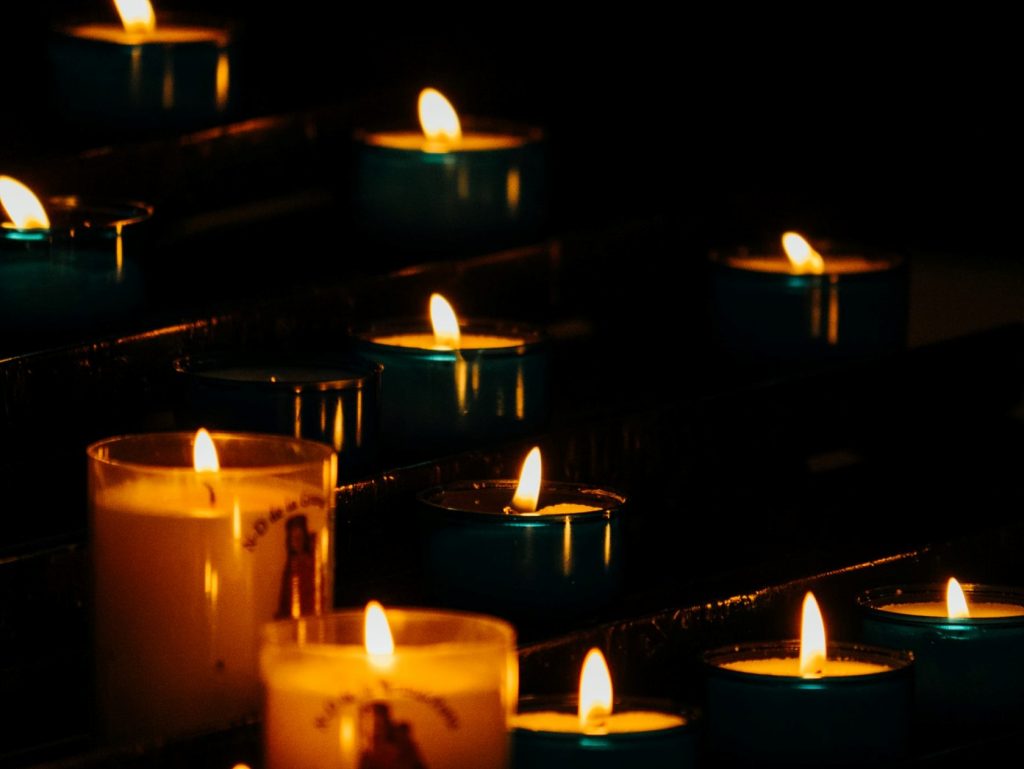 At the end of Embrujo Andalusi, there will be thousands of candles and torches to light the night and cast a spell on the attendees. Venue: the old bullring.

Incidentally, Carratraca is famous for its sulfurous hot spring that dates back to the Roman era. In the more recent past, King Fernando VII of Spain put the hot spring back on the map when in 1856 he ordered the construction of a hotel, the El Hostal del Principe. A corridor connected the hotel to the spa. In so doing, he started off a fashionable trend of taking the waters of Carratraca. Personages the likes of Lord Byron, Alexander Dumas, Empress Marie Eugenie, wife of Napoleon III, and Maria Francisca, 15th Duchess of Alba, had trekked to the relaxing and curative bath.

The hot spring is open till October.

La Rioja is nothing if not the home of one of the world’s finest wines. A region in northern Spain, La Rioja, whose capital is Logroño, is where the Rioja is produced. 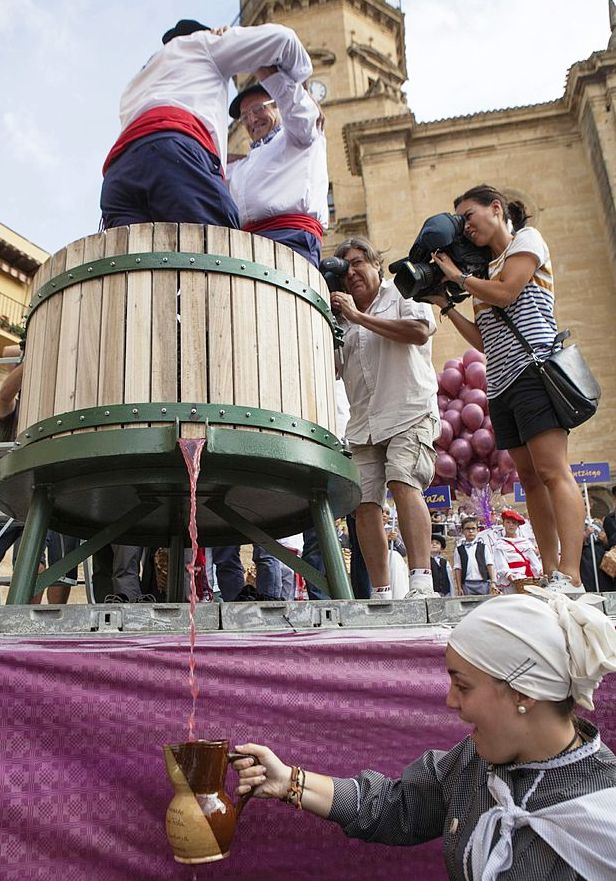 The Fiesta de la Vendimia (Grape Harvest Festival) is your perfect introduction to the wonderful world of the Rioja wine and having the time of your life in the process. At the Fiestas de San Mateo y la Vendimia Riojana, the central theme revolves around the ritual of the “Pisado de la Uva” or the crushing of the grape.

On the 21st of September, which is the Feast of St. Matthew, baskets of clusters of grapes from all over La Rioja are brought by pairs of children in traditional costumes to the Paseo del Epsolon where they are deposited in the vat. There they will be crushed and pressed by human feet in accordance with the tradition that’s as old as the history of wine itself.

The pressing is done by two men, also in regional costumes. Holding each other by the arms, they go round and round the tub in a kind of an ancestral dance to draw the juice out of the fruit. The Municipal Band provides the music for the “dance”.

The Primer Mosto de la Vendimia (First Juice of the Harvest) is poured into a jar by the pre-selected Vendimiadora  and Vendimiador  (Harvesters). The mosto is then offered to the Virgin of Valvanera, the patron saint of La Rioja. 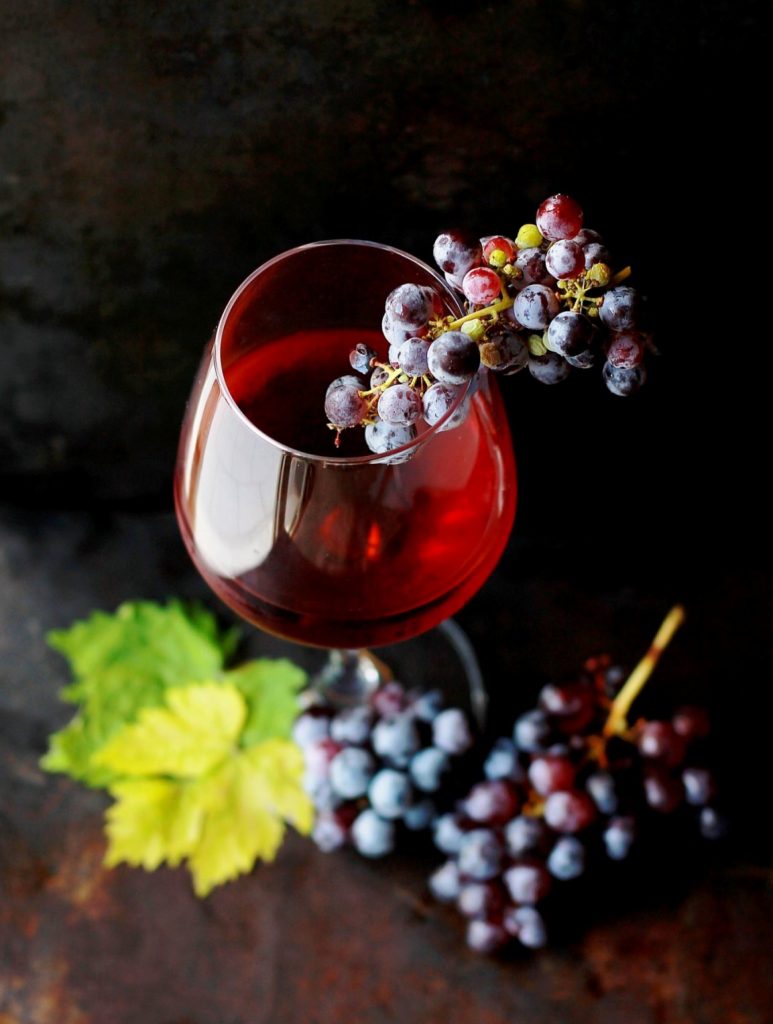 During the fiestas, there will be a parade with colorful floats, free gastronomic tastings, taurine fair, concerts, theater, street music, fireworks on the Ebro. The whole works

The air will be impregnated with the aroma of the wine, literally and figuratively.

And in case you didn’t know, the Logroñes hospitality is legendary:  En las fiestas Mateas saluda a todo el que veas, y si lo vuelves a ver lo saludas otra vez. (During the fiestas of St. Matthew, greet everyone you see, and if you see them again, greet them again.)

Previous article « A SECOND OPINION: BREATHE — How many Rainforests are there left in the World? Fewer and fewer…