TOWARD THE NEW NORMAL, CORONAVIRUS UPDATE IN SPAIN:  (2) The Post-State of Emergency & the EU

Banco de España (Bank of Spain): The Bank’s survey shows that companies consider the option of deferring  their tax obligations one of the most useful measures taken in the situation resulting from the coronavirus pandemic

During the joint press conference held by the Ministers of Treasury and Labor, María Jesús Montero and Yolando Díaz respectively last Friday, 8 May 2020, the latter took time out to remind the nation that one hundred years ago the Ministry of Labor was created. Díaz said that the ERTE agreements are a fitting commemoration of the ministry’s centennial. 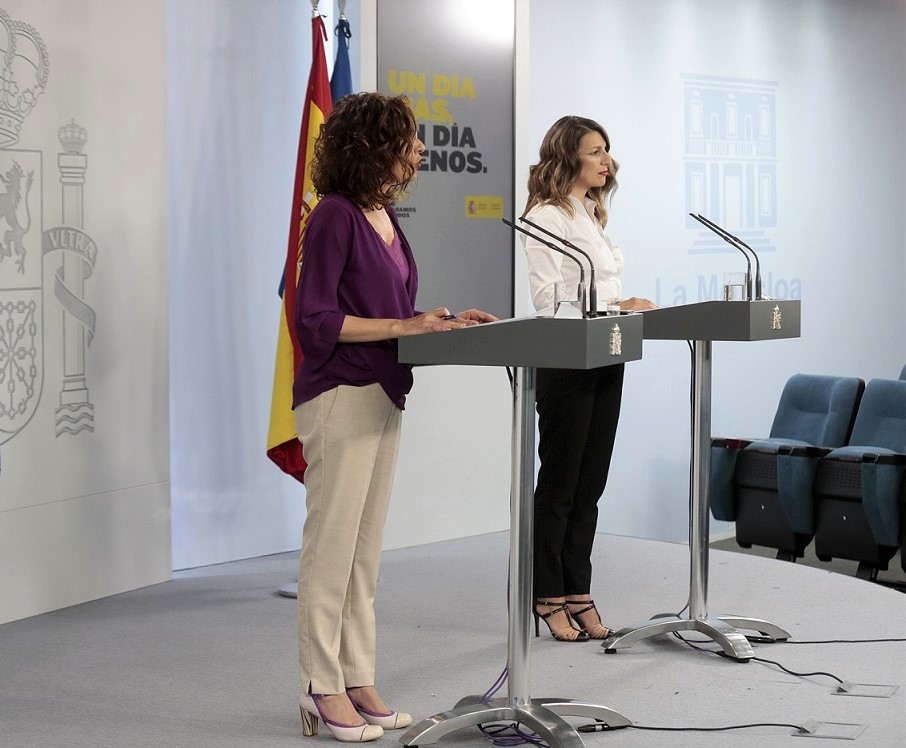 The press conference (teleconference) held by Ministers of Treasury and Labor, María Jesús Montero and Yolanda Díaz respectively, 8 May 2020

Minister Montero jumped in to praise the capacity of business owners and workers to meet new challenges, and thanked the trade unions and employers’ organizations for their commitment “which has once again shown that the social stakeholders are a fundamental and essential element in the socio-economic development of Spain.”

In view of the recent numbers, Montero described the measures implemented to date, within the framework of the State of Emergency, as “effective” in protecting independent contractors, small and medium enterprises (SMEs), and companies. 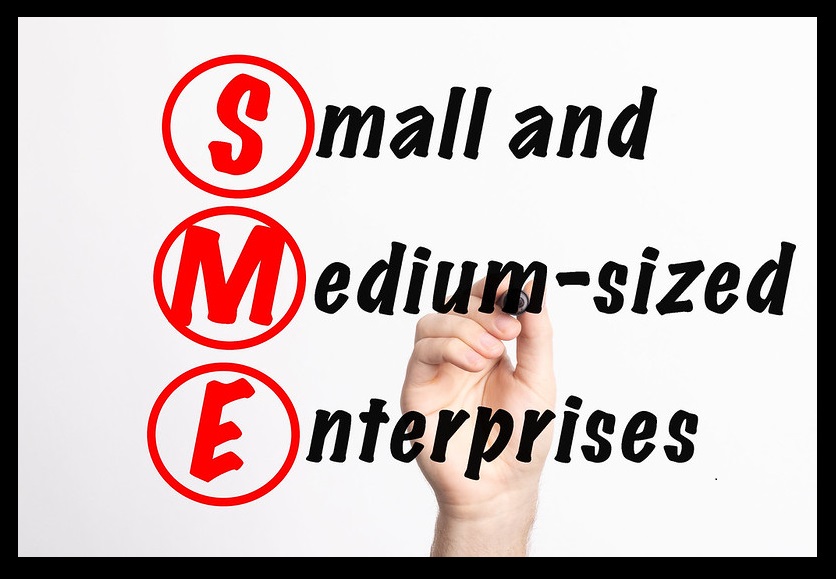 Going more specific, the Minister of Treasury pointed out that  442,000 independent contractors and SMEs have signed up for the option of deferring the payment of taxes amounting to 30,000 euros for six months, without paying interest on the first three months. “To date, 2.44 billion euros have been deferred,” she said. She then went on to say that a survey conducted by the Bank of Spain (Spain’s Central Bank) shows that companies consider the option of deferring their tax obligations one of the most useful measures taken in the current situation.

One-point-two million independent contractors have been granted the extraordinary benefit for the cessation of activity. Moreover, the guarantees of the  Official Credit Institute (Spanish acronym: ICO) for lines of credit have injected 40 billion euros of liquidity into the economy. Then there’s  the facility with which the force-majeure test is applied. Said facility has benefitted more than 3 million workers.

Cooperation and unity in Spain and in Europe

During the press conference, Treasury Minister Montero urged all of society and all institutions to do their part in making contributions and “laying sound foundations that lead to a fair recovery” once the health crisis is over. “Our people expect all public servants to set reproaches and ideological differences to one side and focus on what unites us, work together and bring the country out on top from an extremely serious situation,” she said. 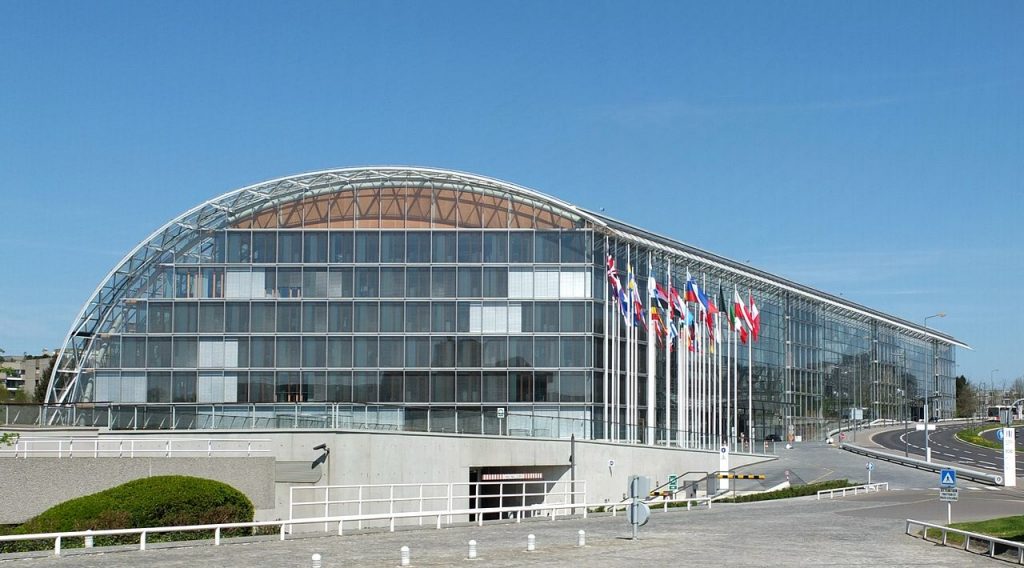 The European Investment Bank in Luxemburg:

Montero reached out to all political forces and expressed her confidence in the ability of the Committee for the Social and Economic Reconstruction of Spain, officially constituted in the Lower House of Parliament on Thursday, 7 May 2020, to start “soon and make proposals about how to proceed now and, above all, in the future.” Montero, who is also the Government Spokesperson, highlighted the crucial role of regional governments, local authorities, trade unions and business leaders “whose commitment we do not doubt.” 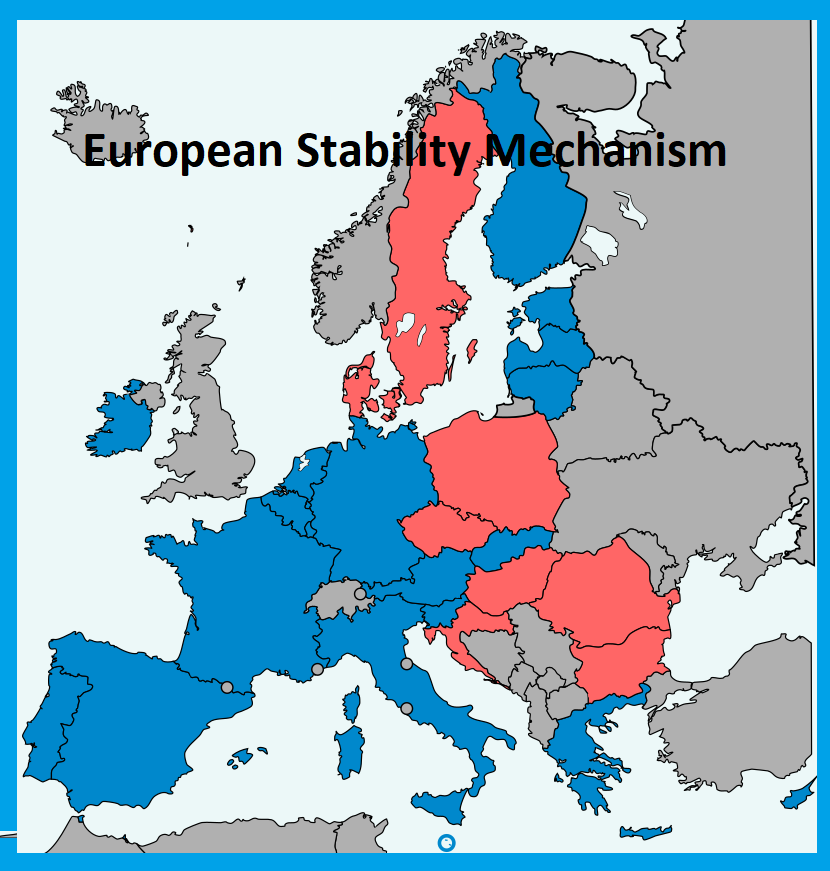 European Stability Mechanism, an EU agency that provides financial assistance in the form of loans to eurozone countries or as new capital to banks in difficulty. In blue, SEM member states. In red, other EU member states.

As regards the European Union, Montero explained that the Eurogroup’s meeting slated the following Friday will address some of the measures proposed by Spain, such as the Reconstruction Fund agreed on 23 April, and the creation of a “triple safety net” based on an unemployment scheme with a provision of 100 billion euros, the mobilisation of 200 billion euros by the European Investment Bank to support the productive fabric in the EU, and the establishment of lines of liquidity under the European Stability Mechanism for those countries that need to draw on them.

The minister said that the Government of Spain expects all regional governments, through unity, cooperation and solidarity, “to offer a resounding response to the worst health emergency in more than a century.”
Source: La Moncloa Gobierno de España 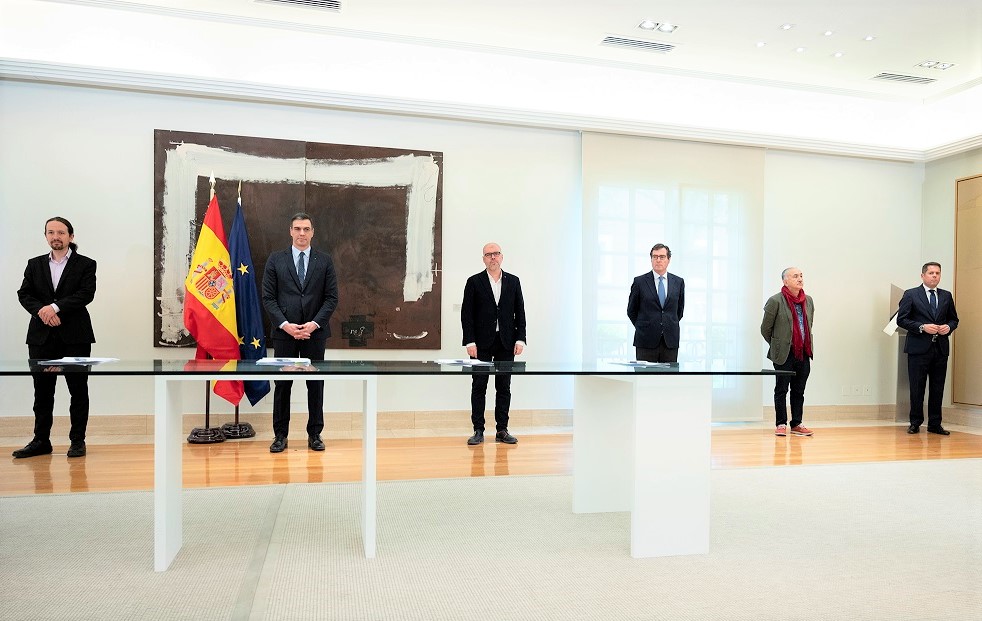 Previous article « TOWARD THE NEW NORMAL, CORONAVIRUS UPDATE IN SPAIN: (1) The Extension of the State of Emergency, and the Social Pact on Employment Regulation