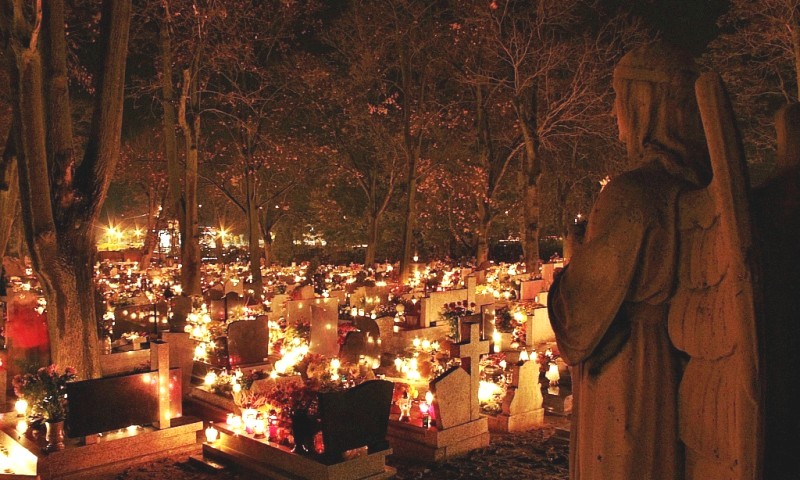 Todos los Santos is conceived as a solemn ritual of remembrance of the dear departed. But with all the colorful flowers and the candles that burn
brightly after dark – a truly beautiful
sight! –the air is inevitably festive

While the United States gets busy carving out jack-o’-lanterns for the Halloween (All Hallows’/Saints’ Eve) on 31 October, Spain goes to the cemeteries to spruce up graves of loved ones in preparation for All Saints Day (Día de Todos los Santos), the big day of the dead, on 1 November. It is one of the few national holidays in a country that celebrates feasts of all kinds at the drop of a hat. Folks return to their hometowns in order to be at the cemetery and lay elaborate bouquets on the tombs of their dear departed.

Todos los Santos is conceived as a solemn ritual of remembrance. But with all the colorful flowers and the candles that burn brightly after dark – a truly beautiful sight! – the air is inevitably festive. Masses are said in cemeteries throughout the day, crammed with the (living) faithful.

During All Saints Day extra buses service the Almudena, Madrid¡’s largest cemetery, to ease off the traffic congestion caused by influx of private cars

Also crammed – and you’d better be warned about this if you’re planning to join the solemn festivity – are the roads leading to the cemeteries especially in the provinces where tradition remains strong. Traffic congestion could be so severe as to pique even unflappable drivers. It doesn’t help that sidewalks, already overcrowded with visitors on foot, are swamped by vendors peddling flowers and candles to those who haven’t previously been able to come prepared with these offerings. So much so that in many cases you can’t tell the sidewalk from the vehicle lane.

All these define Todos los Santos, the annual remembrance en masse of those who are no longer in this world.

Another Todos los Santos tradition is the staging of Don Juan Tenorio, a play that parodies the old legend of Don, eternal womanizer, written by Jose Zorilla in 1844. The final act of the play is set in a cemetery where the perfidious Don Juan could well go to hell unless he’s saved. Which he is – saved, that is – when he repents for betraying Doña Ines, his dead lover.

The curtain falls on the contrite Don Juan: “The flowers open and reveal various little angels who sprinkle flowers and perfume on Doña Ines and Don Juan, and at the sound of the sweet distant music in the light of dawn, Doña Ines falls not on her tomb which disappears but on a bed of roses.”

Previous article « SPAIN IS CRAZY ABOUT ITS OWN STARTUPS: Charity Begins at Home, Surely! 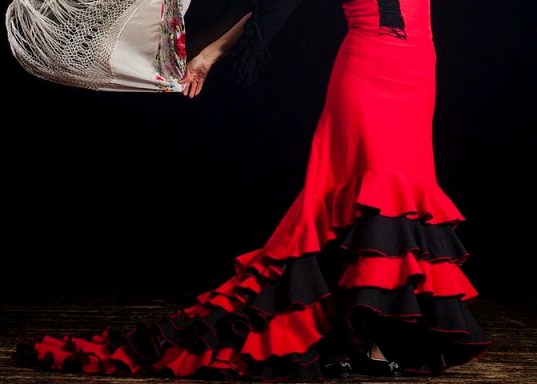 Next article AT AMOR DE DIOS, IT’S THE LOVE OF DANCE »