THIS BEAUTIFUL RAINBOW WILL YET BRIDGE EAST AND WEST

One would call this patch of the world a paradise, a paradise that is blessed with an egalitarian nature. There can never be any doubt about the liberty that Spain, known to be an openly gay-friendly country, offers to its LGBT (Lesbian, Gay, Bisexual and Transexual) community. In 2005, same-sex marriage was legalized by the Spanish court and other related rights have also been legally protected, such as all sorts of anti-discrimination, gender change and even adoption of children by same sex couples. Same-sex couples are more or less treated similarly as the heterosexual couples in Spain.

Progressive in their legal development, the Spaniards share the same sentiment with their government. According to the Pew Research Center, 88% of the Spaniards believe that society should accept homosexuality which ranks them in the highest position among the 39 countries surveyed. These statistics can be easily proved by the six-color rainbow flags blowing unperturbed in the Spanish wind around the country. Chueca, situated at the city center of Madrid, is one of the most developed, if not the largest, gay districts in Europe. Blending so well with the nearby neighborhoods, Chueca has become a symbol of the gay-friendliness of the city. This special district is not only the focal point of different gay bars and hotels but also the venue of various gay pride movements, such as the Europride and MADO (Madrid Orgullo/Madrid Pride).

In 2007, Madrid gained the right to host the Europride and attracted 2,500,000 participants, making it the most attended gay-pride parade ever. On a smaller scale, yet no less significantly, the MADO is an important annual event for the Madrid LGBT community. Bursting with local pride, MADO is co-organized by COGAM, AEGAL and FELGTB which includes a series of infectiously exultant street events such as concerts, parades and other performances. These events are not simply meant to celebrate the LGBT culture but also to convey a deeper message: to create awareness of and promote tolerance towards minority groups. ¨The Gay Pride plays an important role in promoting gay-friendliness in the society¨ said Andrea Puggelli of  the Cultural arm of COGAM. ¨It makes the public participate, the result of which endeavor is quite significant.¨

Every July both the LGBT and the straight communities pour out into the streets of Madrid in an uproarious celebration of ¨Orgullo, ejemplo de convivencia ([Gay] pride,  an example of coexistence).” In those hot festive days of summer — as during the rest of the year — the gay and the straight treat each other so naturally as good-old-buddies.

Unluckily, while  the Spaniards are waving their rainbow flags proudly in the air their Eastern counterparts are still struggling against the disapproval and discrimination of society. Until now no Asian country has passed same-sex marriage laws and homosexuality is even illegal in parts of the region. In Malaysia, homosexuals risk their freedom by owning up to their sexual orientation while gays in Saudi Arabia may even be sentenced to capital punishment for engaging in homosexual relations. Neither equality nor liberty is guaranteed  before the law. Life is not easy for the Asian LGBT community.

However one should not focus solely on the political aspect of the issue. Homophobia is the root of the problem; it is what hurts the most. Referring again to the survey conducted by the Pew Research Center in June 2013, homosexuality is rejected in most of the Asian countries. Among the 14 Asian countries surveyed, only the Philippines and Japan have half of their people accept homosexuality. The rest show rather negative views on it. Accordingly, it is quite comprehensible for the governments in these countries to stick to discriminatory laws.

¨The hostility towards homosexuality is the biggest obstacle to the LGBT community in Asia,¨ Andrea Puggelli exclaimed. ¨It is even a more urgent problem than the political opposition.¨

The concept of family lineage is deep-rooted in Asian culture and children suffer from great pressure to start a family. Gays and Lesbians are regarded as unfilial sons and daughters since they fail to perpetuate the family lineage.

Sexual inequality is another origin of the problem. Women, often regarded as subordinate to men, seem to seek freedom by loving other women, thus creating catastrophic lesophobia in many Asian countries. Homosexuality is a bombshell to the Asian traditional values and something has to be done to ease the blow.

Taking the West as a reference, gay pride parade is the pioneering step. And many Eastern countries such as India, Israel, Japan, the Philippines and China have taken their first step in recent years despite difficulties. Shanghai is one of the leading players. Shanghai Pride, to  first gay festival ever to be organized in China, is celebrating its fifth anniversary this year. Packed with many events throughout the week, the festival has succeeded in attracting more than 3,000 participants which is definitely a huge breakthrough for a country that reeks of conservatism.

However,  partying alone can practically do nothing; awareness has to be created. Just like any other pride festivals, Shanghai Pride has taken it upon itself  involve the community in its activities: ¨Our activities are made for everyone including our straight families and friends such as the Pride Run and Pink Picnic that bring everyone together,¨ said Charlene Liu, the co-organizer of Shanghai Pride. ¨The public were invited to participate in the discussion of issues related to the LGBT community.¨ The general public, not LGBT community, should be the major target of the festival. Tolerance, involvement and diversity are the important messages that the Pride festival endeavored to convey; only with these qualities can homophobia in society be alleviated  — and eventually eradicated. Only  by involving the general public can misconceptions of the LGBT community be corrected.

Despite the encouraging expansion of the Asian Pride festival, the situation in the East is still not comparable to the West.  Enjoying a head start, the gay-friendly Western countries have an ineluctable duty to give their lagging Asian friends a helping hand. According to Charlene Liu, the success of the fifth Shanghai Pride depends greatly on the external assistance received from the foreign countries: ¨Foreign consulates such as those of the Netherlands, the United States, Canada, Germany and Spain provide venues for some of our events. This not only helps us to keep our expenses low; it also prevents last-minute cancellation of venues by the authorites.¨

During the five-day-film-festival, 13 films were shown, almost half of which were provided by the foreign consulates. This added a greater dimension to the festival, converting it into a cultural exchange and activities-sharing experience, thereby making it into a much more meaningful event.

¨We certainly hope our international friends can help to invite film producers, directors and actors to speak at the film screenings. It would also be great to have some special foreign performers, DJs and MCs join our events,¨ Liu said when asked about what kind of external support the festival would like to receive in the future. And foreign help is forthcoming. “We do encourage the Asian gay organizations to contact us [COGAM] in order to launch joint projects. We would definitely want to help those countries in organizing their own pride festivals,” said Andrea Puggelli.

It is never an easy project to make the rainbow bridge the East and the West. Since time immemorial homosexuality has been frowned upon by the homophobic Asian society. And there is still a long way before the East can catch up with the West. For all that, the Asian LGBT community is not disheartened. Quoting one of the volunteers of Shanghai Pride Festival, ¨it is time to stop being afraid of confronting the issues that seemed daunting to us before; it is time for us to come together as a community and share our experiences and knowledge for the benefit of our society.¨

A Pictorial by T. Tai

Tonya Tai is from the University of Hong Kong, majoring in Politics. She is a Human Rights activist. 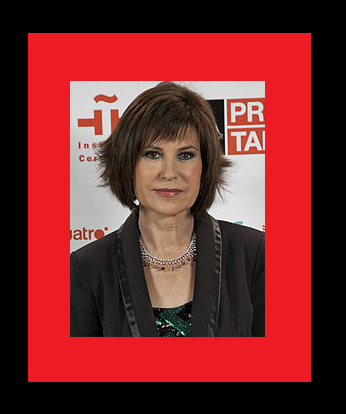 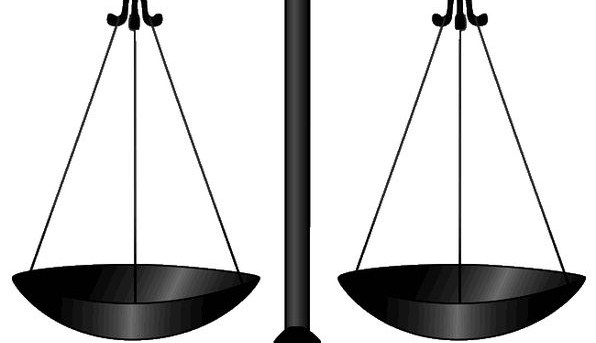