THE UNDRESSING OF RITA MAESTRE 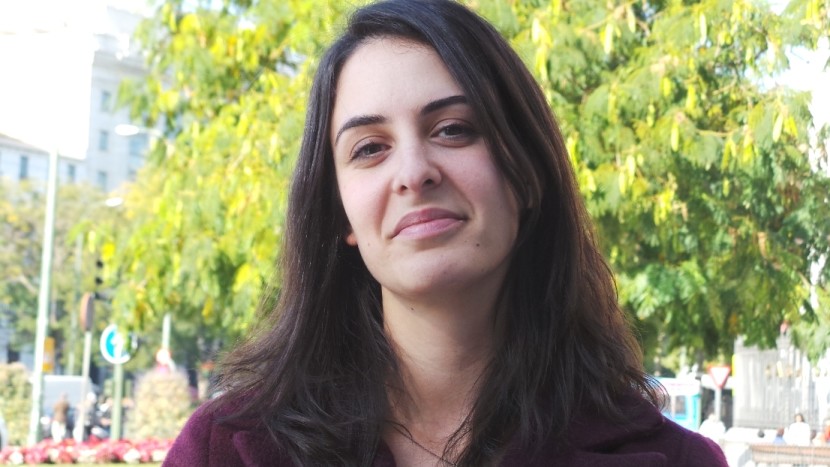 When Rita Maestre was a fiery student of the Faculty of Political Science at the Complutense University of Madrid, she and her co-activists broke into the Catholic chapel on campus. It was 10 March 2011. At the altar they read their manifesto against the continuing presence of the denominational chapel in a public university of a country whose constitution professes no particular religious faith.

The Faculty of Political Science, Complutense University of Madrid (UCM)

After the reading of the manifesto Maestre and some others in the group undressed from the waist up, taking off their shirts and leaving only their bras on. Four of those who were praying in the chapel at the time testified that two female protesters also went and kissed each other on the lips.

Once out the chapel, the protesting students shouted vitriolic slogans like “Take your rosaries out of our ovaries.”

Almost five years later, Maestre has been elected councilor and is now second in command and spokesperson of the city government ruled by Ahora Madrid, a political party with close ties to the new radical leftwing Podemos. Yesterday, 18 March, she was convicted by the court on the grounds that she “intentionally offended the religious sentiments of those who were in the chapel and of Catholics in general.”

Maestre is being fined €4,320 for the “crime” she committed (in her Twitter account she asserts that to protest is not a crime but a right).

The judge, Honorable Esther Arranz, handed down the verdict without taking into consideration that Maestre has apologized to the Archbishop of Madrid, although Maestre stands by the act in the chapel as a “peaceful and legitimate” protest against the use of public places for religious purposes, as well as against the “machismo and homophobia of the Catholic hierarchy.”

Arranz claims the sentence she penned wasn’t politically motivated. And yet of the 60 or so protesters, Maestre alone is convicted despite the fact that she wasn’t the one who read the manifesto nor has it been proven that she was one of those who hollered out the allegedly offensive slogans. The sentence, according to Arranz, was based on the jurisprudence which allows reciprocal attribution of a crime to each and everyone of the party  even if they had not participated in the entire act. How had the 59 others beaten the rap then?

Maestre in a political act in 2014

Archbishop Carlos Osoro was more conciliatory than the prosecutor and the judge: “Anyone who really knows Who is present in the Sanctuary and Eucharist would not do” what the protesters did, he said.

For her part, the mayor of Madrid, Manuela Carmena, describes the act of five years ago as typical of youthful exuberance, an innocent folly each of us is bound to commit when we’re young. Carmena dismisses Maestre’s crime thus.

Contrary to what rival political parties are demanding, Rita Maestre won’t resign her office. Instead, she will appeal the verdict.

Carmena is with Maestre in this too, forgetting her promise all too soon that if elected she would see to it that any member of her government who was charged with an offense under law resigned. Maestre had not only been charged; she has been found guilty. Fairly or unfairly. 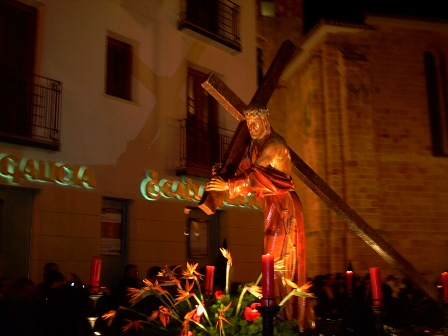 Next article SEMANA SANTA IN AVILA. JOIN! YOU’LL LOVE IT »