THE THAI ZAFRA RESTAURANT: FROM GRIT TO GRIT 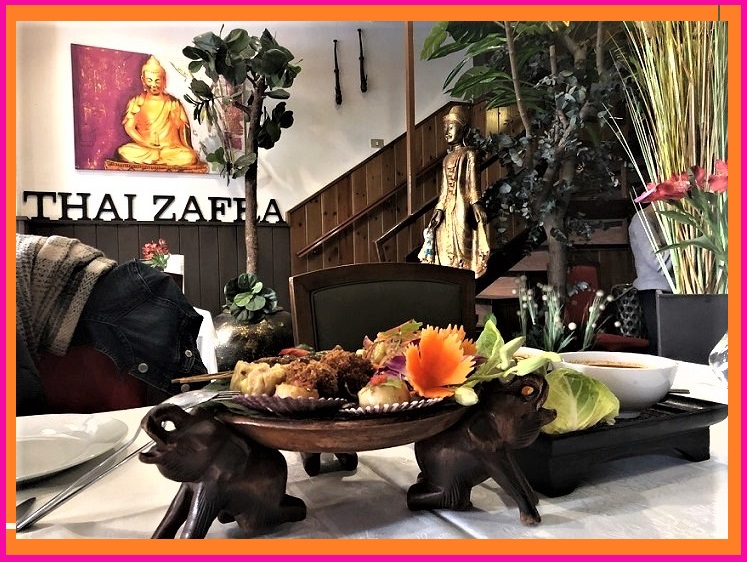 Proper opposites complement their differences. Olivia and Darren Valdez have complemented each other’s contrasting skills ever since the married couple inaugurated Thai Zafra in April 2018. Though both know Thai cuisine by heart, Darren is the food specialist who reigns supreme in the kitchen while Olivia is the chief administrator who takes care of business.

The yin-yang couple opened their restaurant on the border between Madrid barrios Goya and Fuente del Berro. Determined to provide an authentic Thai experience, complete with classic dishes and Buddhist décor, Olivia and Darren’s tireless efforts have finally paid off, their genuine connection with the customers making them come back for more. 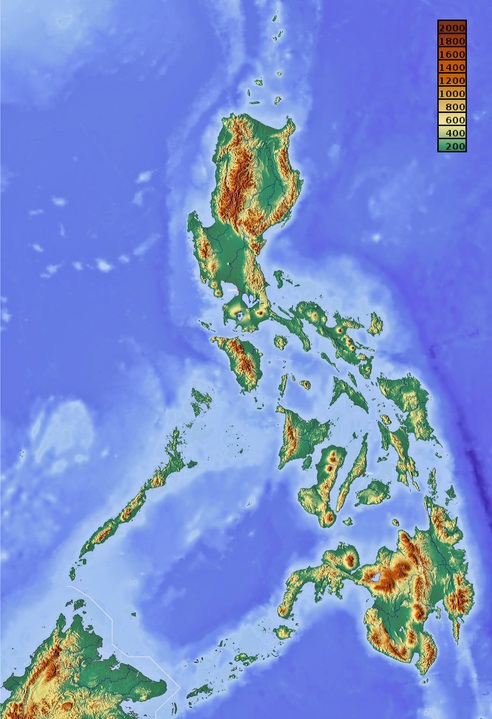 Philippines across the seas: where the Thai Zafran couple came from. (Seventide via Wikipedia, CC BY-SA3.0)

Olivia and Darren’s story begins long ago in a country far away from Spain. Growing up in the Philippines, the next-door neighbors were teenage sweethearts. At age 18, Darren began working for restaurants. This love for food eventually brought him to a managerial position in the posh Thai Garden, the first Thai restaurant ever opened in the Spanish capital, according to Olivia.

Olivia, who has a BS in Nursing, had planned to live and work in the United States but joined Darren in 2004 instead. (Love has a habit of disrupting plans!) She too landed an administrative job at Thai Garden.  Overall, life was good — until problems arose in the Garden. “There were lots of shareholders and each wanted to put up their own restaurant,” Olivia recounts. “It was chaos. So we decided to quit our job.”

Olivia and Darren managed to scrape up enough money for the rent and started off their own restaurant only to find the business was expensive and nerve-wracking. They called their place Thai Zafra.

It’s normal for there to be a thin trickle of customers during the first months and Olivia still remembers crying every night. She was frightened; they had been watering a tree that looked like it would never blossom. But if the couple had little else at least they had grit and they persisted. They knew it was the only way to grow a business. On entering Thai Zafra the diner is met by an array of Buddhas from Thailand. These Gautama statues, which bring light into the darkness as the legend goes, watch over the downstairs and upstairs dining rooms. And an abundance of leafy tropical plants gives you the mystical sensation of having walked into a Southeast Asian jungle.

“We want regular people to experience what we have to offer: cozy ambiance with pristine table cloth and napkins, fresh orchids, excellent service, quality food,” Olivia ticks off the items. “It’s fine dining at an affordable price; it’s within everybody’s reach.”

All of the restaurant’s ornaments serve to highlight the main event: The food. Thai cuisine is distinct, with defining ingredients such as tamarind, lime, coconut milk and fish sauce.

“Thai food is the combination of the five different tastes in one dish,” Olivia says, referring to the basic tastes of sweet, salty, sour, bitter, and umami: “We combine everything. Our approach is holistic.” 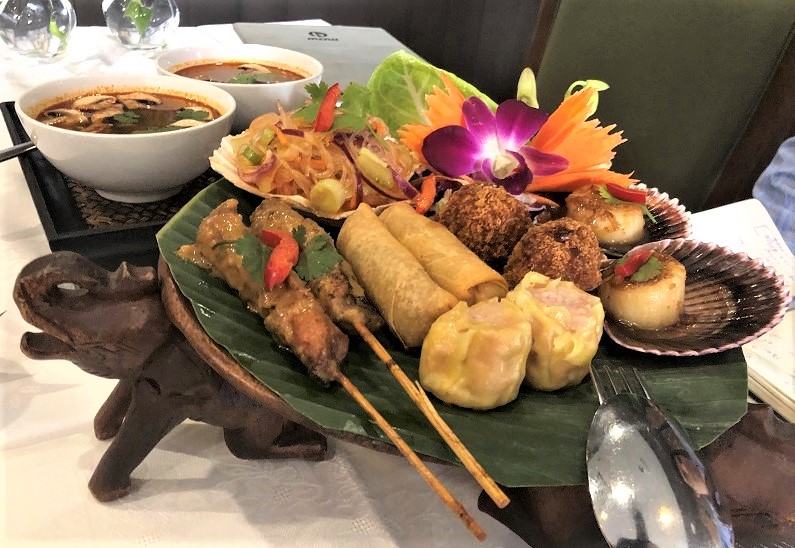 Thai chow, as in NOT Chinese: come and get it!

Typical Thai diners order a variety of meat and fish dishes, as well as noodles, soup, and vegetables, according to the food website The Spruce Eats. When we visited Thai Zafra, we got the full Thai treatment.

An intricate starter came accompanied by two mushroom soups that were perfectly juicy and spicy. Our main course was a barbershop quartet of small dishes, including soft green chicken curry, rice, duck, and the classic pad thai. (Thai Zafra leaves it to the customers to sprinkle their own crushed peanuts and chili flakes on the noodle dish.) 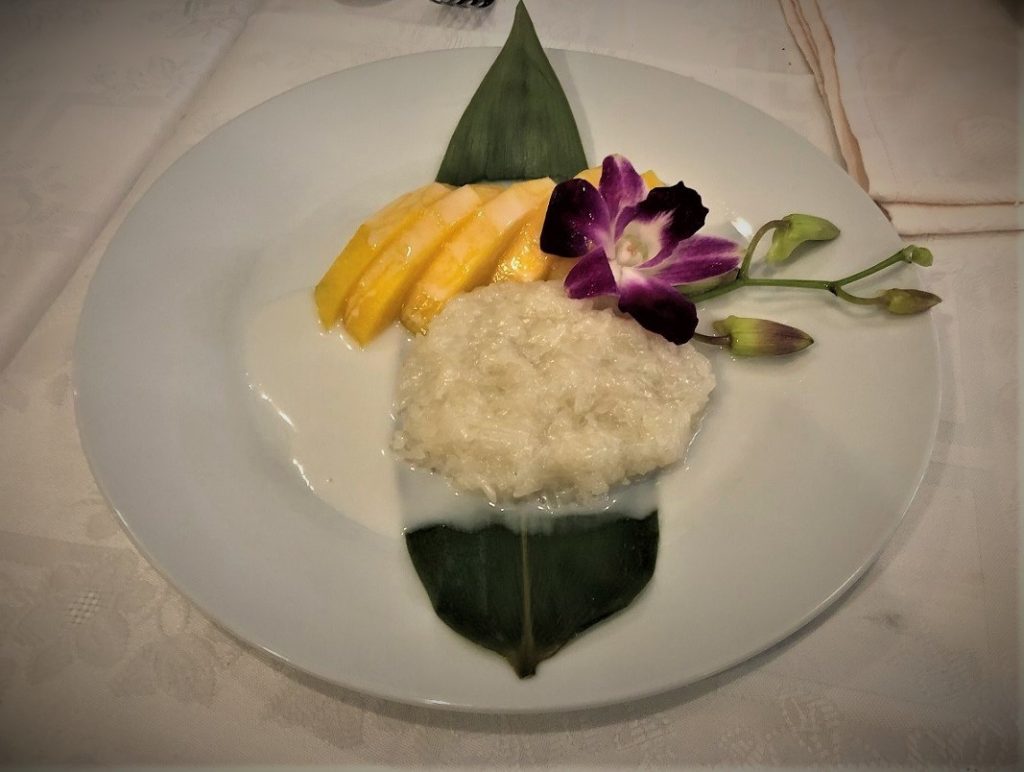 While we waited for dessert, Olivia served us hot tea, as if to induce us into nirvana shared with the Buddhas all around. Soon, two plates were placed on the table. One was a gorgeous arrangement of fresh mango accompanied by sticky Thai rice, and the other was a precisely-cut cube of subtly sweet coconut flan. Light, yet incredibly decadent.

While preparing the food is a simple enough task, getting the ingredients is complicated. Due to Spanish importation laws, Darren and Olivia order their Thai ingredients through Paris and Amsterdam.

“The Spanish government is losing lots of money on a rather inexplicable procedure,” Olivia bewails. “The Spaniards should be profiting from it. Instead, it’s the French people who do. And this has been going on for years.”

Olivia goes on and says, “I buy in bulk and then we preserve it.” 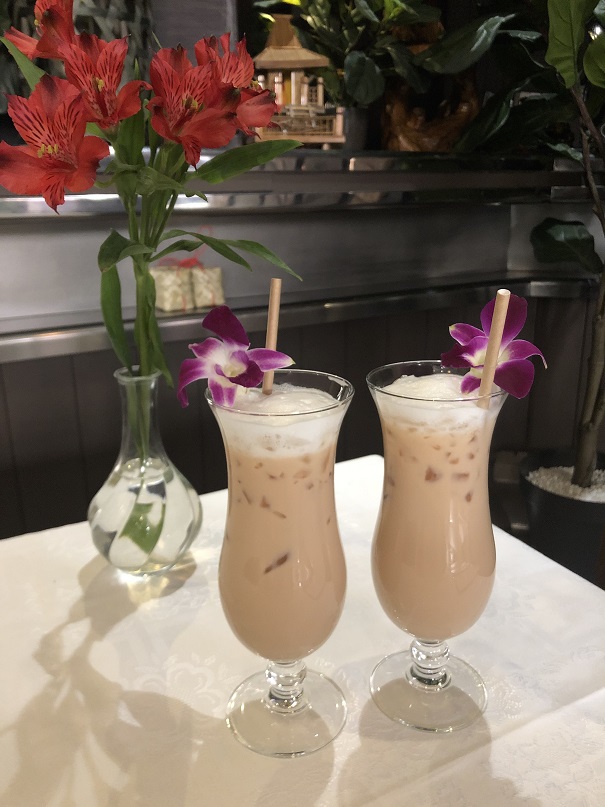 Once in a while, an ingredient is out of stock. That doesn’t boggle Darren and Olive.

Now and then, however, an item is temporarily out of stock. When we dined in Zafra, the couple was waiting for a shipment of Thai tea ingredients. They improvised for us, serving the famously sweet Thai tea, which is a vibrant orange, with an alternative. Still, it was very good. Trust Olivia and Darren to come up with clever solutions!

For the Spain of tapas and Antonio Banderas, Thai food is the new kid on the block that Spaniards are just beginning to really get to know.

“The people in Spain see us all here as Chinese, even the restaurants,” Olvia remarks. “But you cannot blame them because most of the Asian restaurants here are Chinese. You have to explain…The ingredients and everything.”

“The customers are all-important,” Olivia continues to expound. “We want to get to know them, see them, and make them feel special… We ask them what they like: ‘Do you like spicy, sweet, salty?’ You have to be attentive to the customers’ needs.” 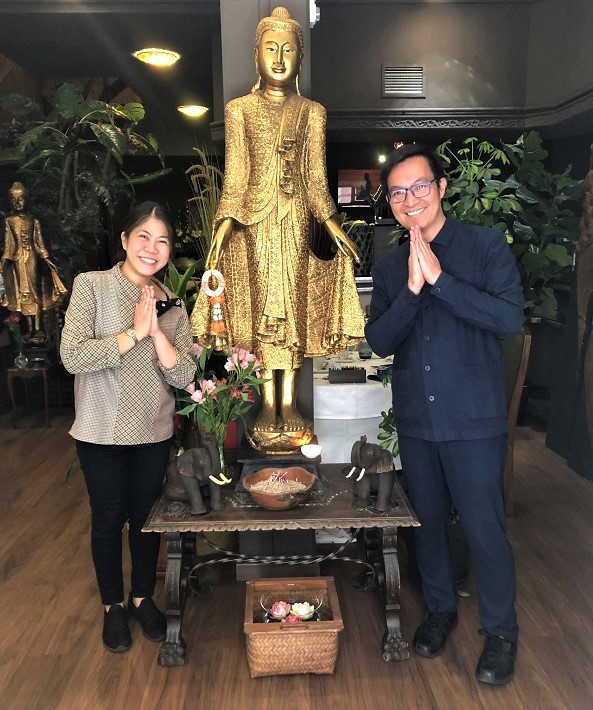 Olivia and Darren are good listeners which in the case of Olivia, who is a trained nurse, may not come as a surprise. She has an eagle-eye aptitude for pinpointing exactly what a customer needs. Midway through our interview with the couple for this story, Olivia noted our empty water glasses. Without having to ask, she excused herself to grab another bottle for us.

Even though Thai Zafra will soon be in its sixth year, Olivia remains indefatigable keeping on building up their customer base. Business is picking up again after the pandemic pause. Bouncing back is a great challenge. One the husband-and-wife team is happy to take on.  And don’t forget: the couple is raising their three kids at the same time. Call that marvelous multi-tasking! 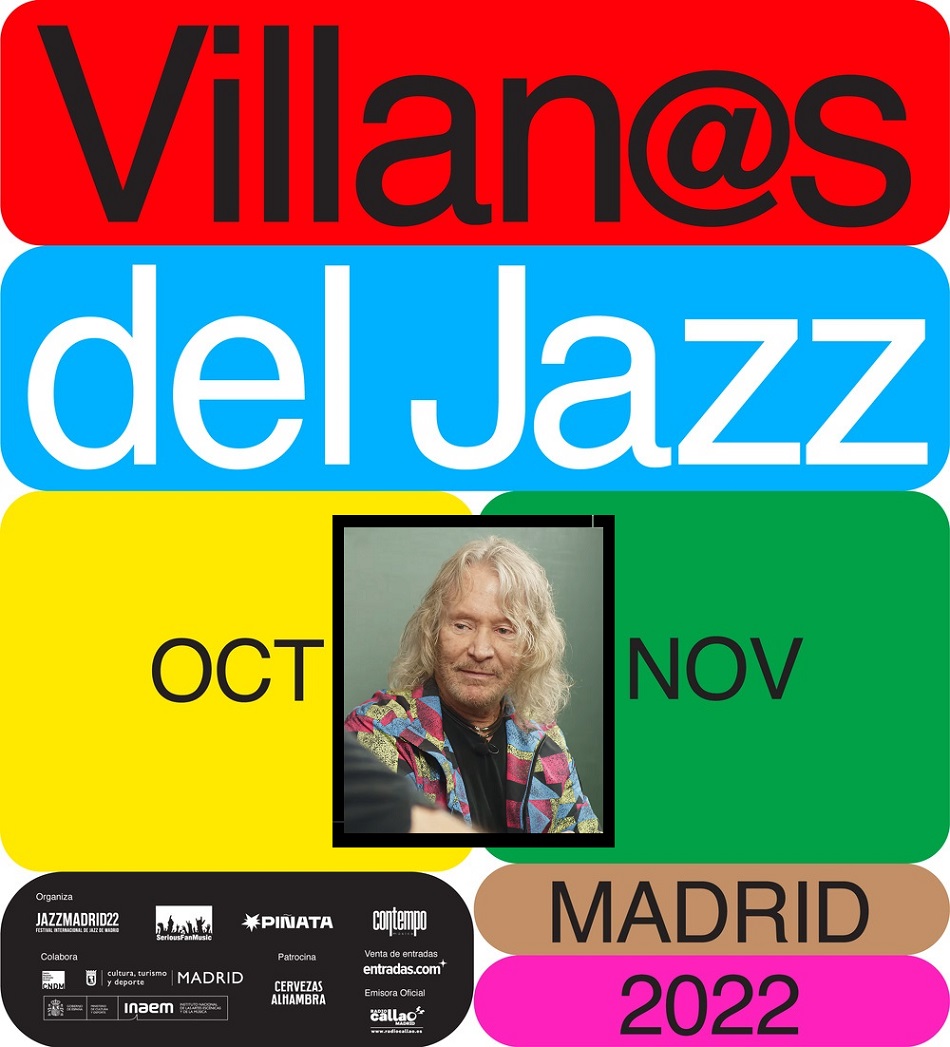 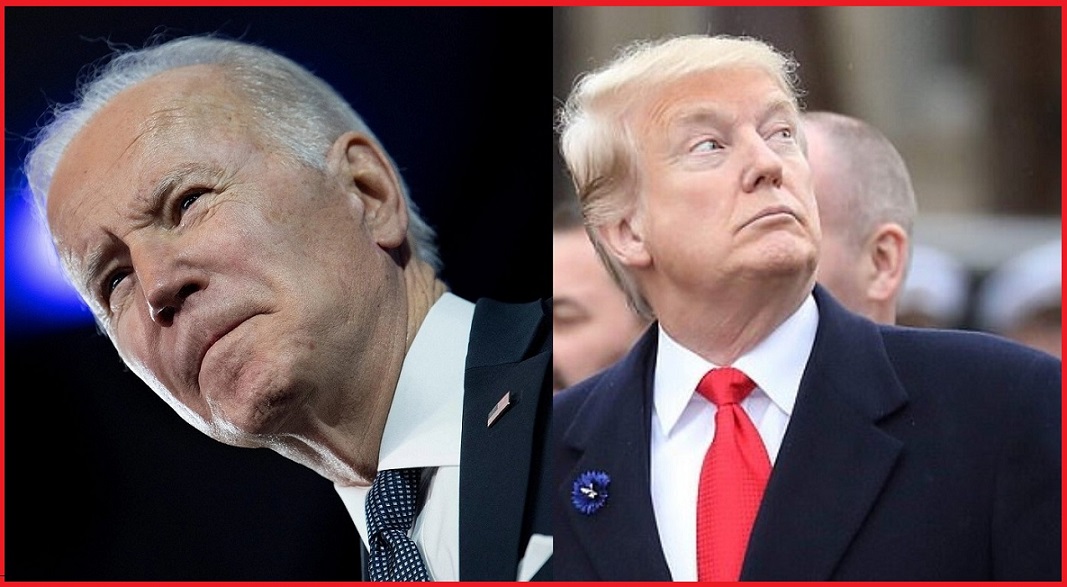