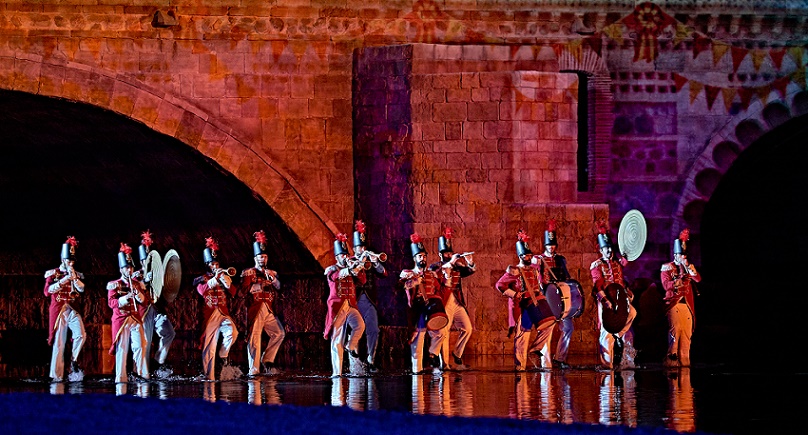 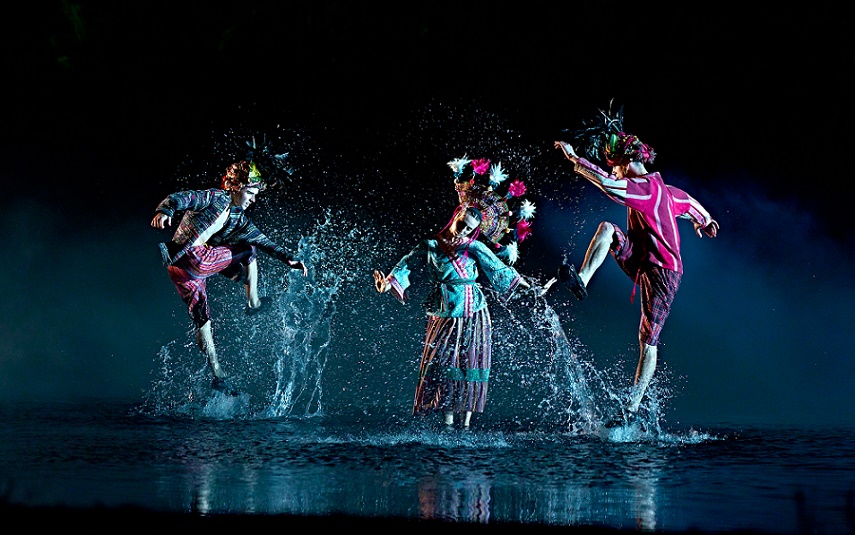 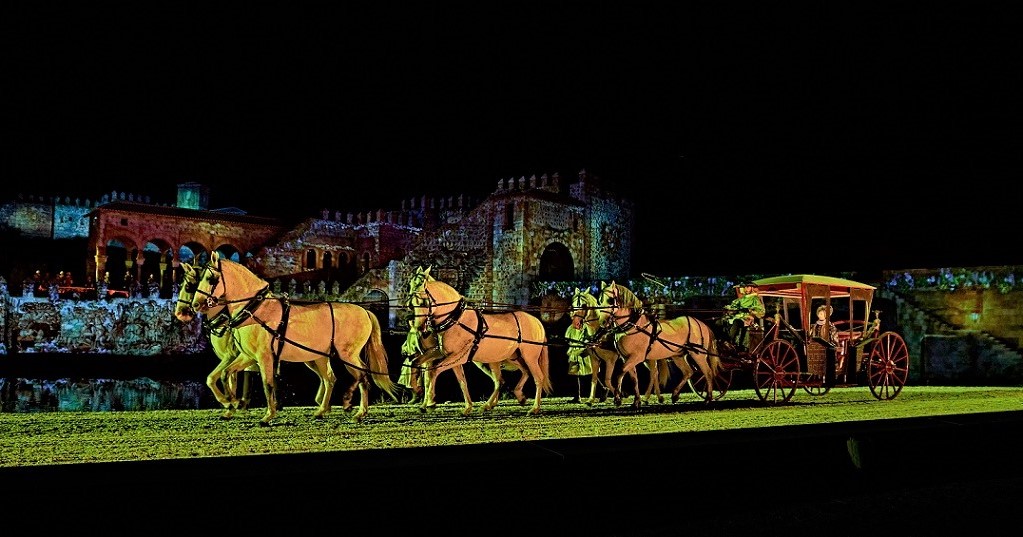 Puy du Fou narrates the history of Toledo and Spain in a spectacular manner, sparing no
expense to give us a unique experience we won’t forget in a long long time!

A unique experience awaits us at Puy du Fou Theme Park less than an hour from Madrid, and just ten minutes from one of the most touristic cities in the country, Toledo. It is a very special park, because its purpose is to teach the history of Toledo and Spain in a spectacular manner, with the use of special effects, the most advanced technologies and grandiose staging. There are no mechanical attractions as such, but shows, performances and recreations that make it a tourist destination of enormous interest for both children and adults.

Its name – Puy du Fou, meaning Lomo del Haya (although fou can also be translated as crazy) – really refers to the geographic location of the first park of this French company, which was inaugurated in Les Epesses, in the Loire region, in 1978. Based on that model, the Spanish park officially opened its doors on March 27, 2021, under the direction of Erwan de la Villéon.

Occupying an area of 30 hectares and surrounded by beautiful landscape, the park is divided into five villages, each representative of a different historical period. All employees dress in period clothing, making it easy for the visitors to feel transported from the year 2022 to medieval times.

El Arrabal is the first area we encounter when entering the park, set in the thirteenth century. Here you will find a wide selection of restaurants, mesones, food stalls and outdoor tables where a wide variety of dishes can be enjoyed, including the most typical Toledo fare: carcamusas, migas and pickled partridge However, there are many other options such as hamburgers, sandwiches and tapas. There is also an area set for concerts and dancing. 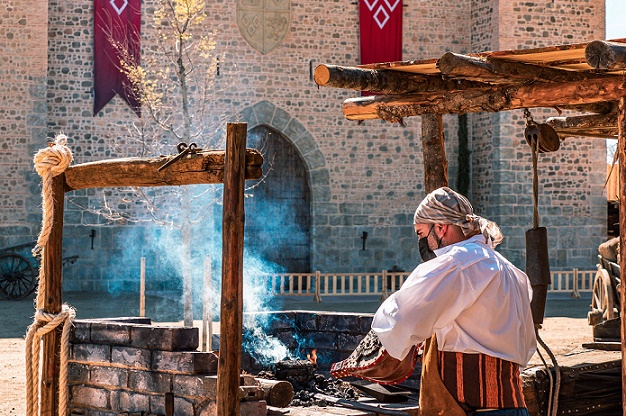 The next section is La Puebla Real, a typical Castilian village, beside the Castle, which recreates the times of Alfonso VI during whose reign Toledo was re-conquered from the Moors in 1085.

There are craft and gift shops selling souvenirs, t-shirts, knick-knacks, toys and reproductions of ancient artifacts, and also other eatery options.

The Askar Andalusí village represents the 10th century Moorish military camp of the famous caliph Abd-ar-Rahman III, with its jaimas, in which we can enjoy Arabian gastronomy and also purchase typical handicrafts. Here, too, is La Venta de Isidro, a recreation of an 18th-century farm where children will enjoy seeing the burros, chickens, pigs, horses, cows and goats.

But what makes the visit to Puy du Fou truly exceptional are its extraordinary shows, to wit: 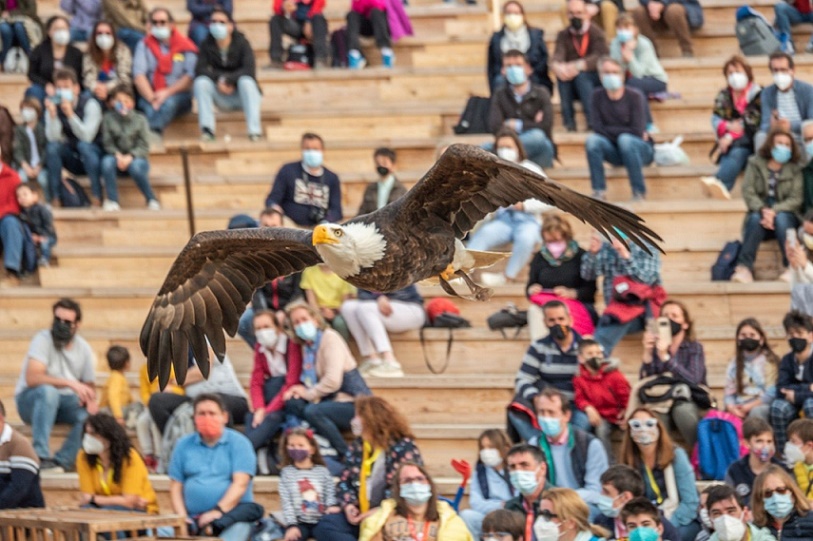 > The Cetrería de los Reyes. Set in tenth-century Toledo under the Muslim occupation, it recreates the legend according to which, after the battle of Simancas in the year 939, Count Fernán González of Castile gave a golden eagle to the emir Abderramán III.

This show offers a magnificent display of beautiful, trained birds which fly back and forth, just above our heads: hawks, eagles, vultures, cranes, owls and dovetails, among others. If you sit near one of the wooden perches, you will have a better chance of contemplating these birds more closely. In fact, Puy du Fou has its own falconry academy and breeds animals born in the park for their eventual reintroduction into a natural habitat.

> El Último Cantar. Presented in the Castle of Vivar, an impressive 360º revolving theater, it tells the incredible story of Rodrigo Díaz de Vivar, “El Cid”. Set in the ninth century, we watch him mature from a young squire to a great soldier, his exile from Castille, the eventual pardon from King Alfonso VI, and his final battle in Valencia, which he won when his corpse was mounted on his famous horse Babieca. Hundreds of actors, horses, tournaments and splendid costumes fill the stage. 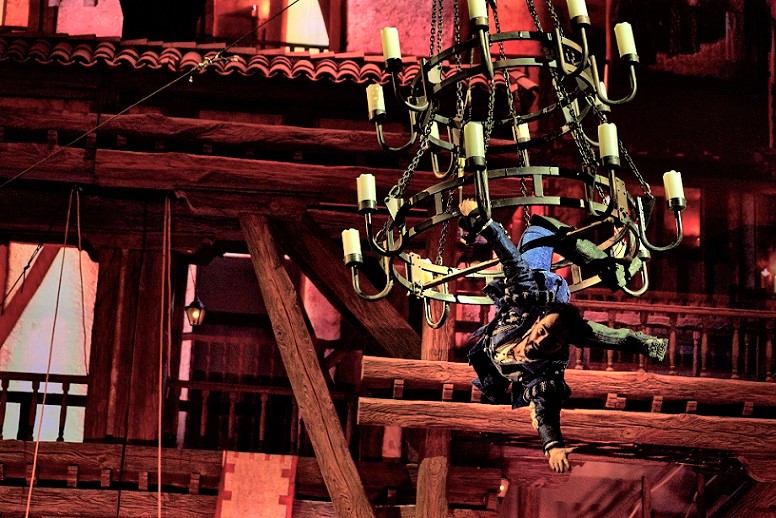 > The Gran Corral de Comedia theatre where writer Lope de Vega stars in “A Pluma y Espada”. Set in the 16th century, Spain’s glorious Siglo de Oro, it includes an unusual encounter with another illustrious colleague in prison: Miguel de Cervantes. The staging, the choreography, the dances, the sword fights, the horses… all intermingle to create a majestic spectacle on a stage that mysteriously fills with water.

> Allende la Mar Océana narrates the life of yet another notable character in the history of Spain: Christopher Columbus. Instead of contemplating his daring journey to unknown lands from an armchair, visitors take a walking tour inside the Santa María caravel. We follow his encounter with Isabella the Catholic in 1492, his departure from Palos de la Frontera, the insufferable, claustrophobic journey in the bowels of the ship until the crew disembarks on a paradisiacal Caribbean beach. The ambiance, the settings and the special effects are magnificent. 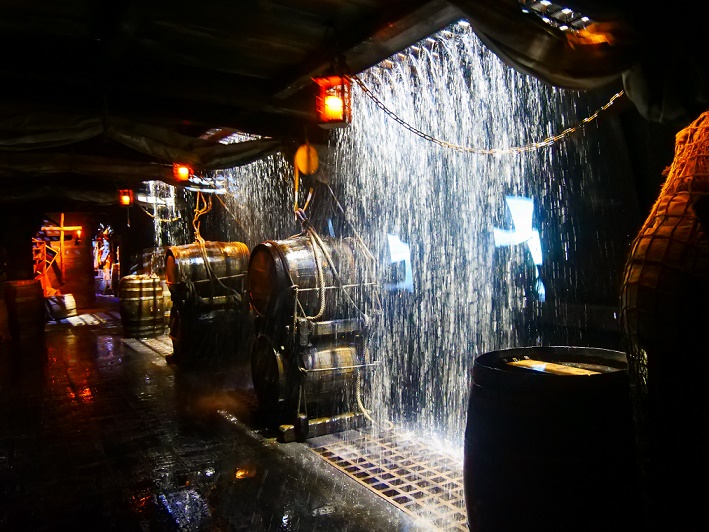 Joining Columbus in the bowels of his Santa Maria caravel

> The Sueño de Toledo is the culmination of any visit to Puy de Fou. It begins at 10.30 p.m. and it reviews 1,500 years of Spanish history in approximately an hour and a half. An old water bearer with his donkey and a young washerwoman named Maria guide us through the recreations of a number of historic episodes such as life during the Gothic reign, the siege of Toledo, its conquest by the Muslims, the Christian reconquest, the Catholic Monarchs, the discovery of America, the Napoleonic invasion, the War of Independence, the arrival of the railroad, and the Civil War.

The stage covers almost 5 hectares and the theatre offers comfortable seating for 6,000 spectators (tickets can be purchased just to attend this show without visiting the rest of the park). The presentation features a huge number of sets, more than 200 actors, horsemen and acrobats, countless period costumes, drones, light projectors and HD videos, a lake and impressive special effects with fire and water.

“El Sueño de Toledo” is an amazing and exciting spectacle and that is why it was named in 2021 “The Best Show in Europe” by the Parksmania Awards.

Between shows, during the day, one can enjoy a series of short theatrical performances such as “El Pregón de la Puebla”, “El Vagar de los Siglos” and “Las Elucubraciones del Sereno” in which the actors relate tales and legends from the past.

The organization has spared no expense to offer a spectacular experience. The park has 690 employees, including top dancers, acrobats and performers and boasts an original soundtrack composed by Nathan Stornetta. This season, its second, began on March 19, 2022 and will end on January 8, 2023. New attractions are planned for the future. 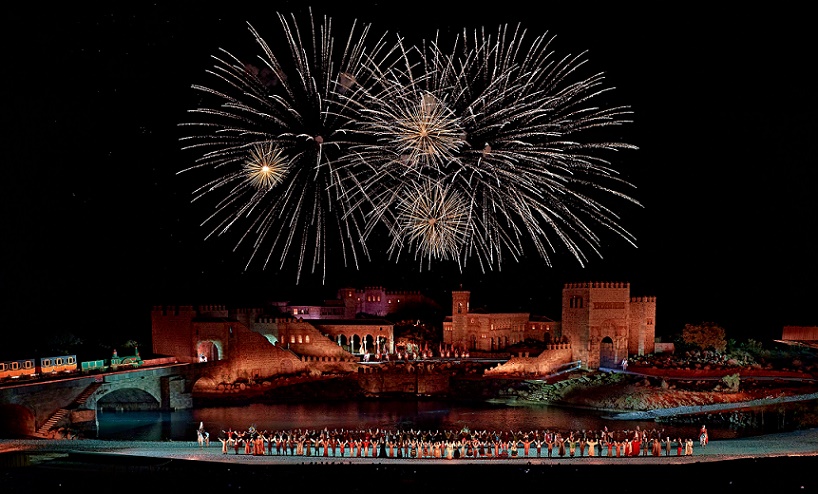 1) It might be helpful to take a look at the park’s website beforehand (www.puydufou.com) in order to get an idea of its layout, check show schedules and perhaps buy tickets online.

At the entrance to the park, you can pick up the Visitor’s Guide with a map and a program of the day’s shows.

2) It is important to find out the expected weather conditions: temperatures, possibility of rain… and equip yourself accordingly: hat, sunscreen, jacket, raincoat, umbrella…

5) Above all else, get ready to enjoy a truly unforgettable experience. 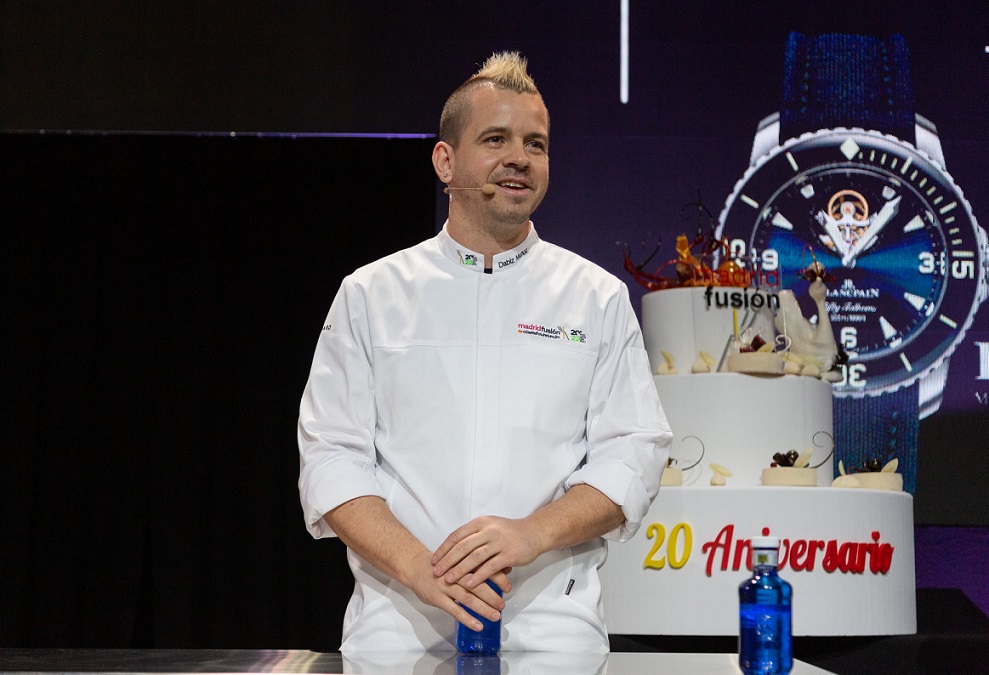 Previous article « MADRID FUSION: the Return of the World’s Most Influential Haute-Cuisine Summit 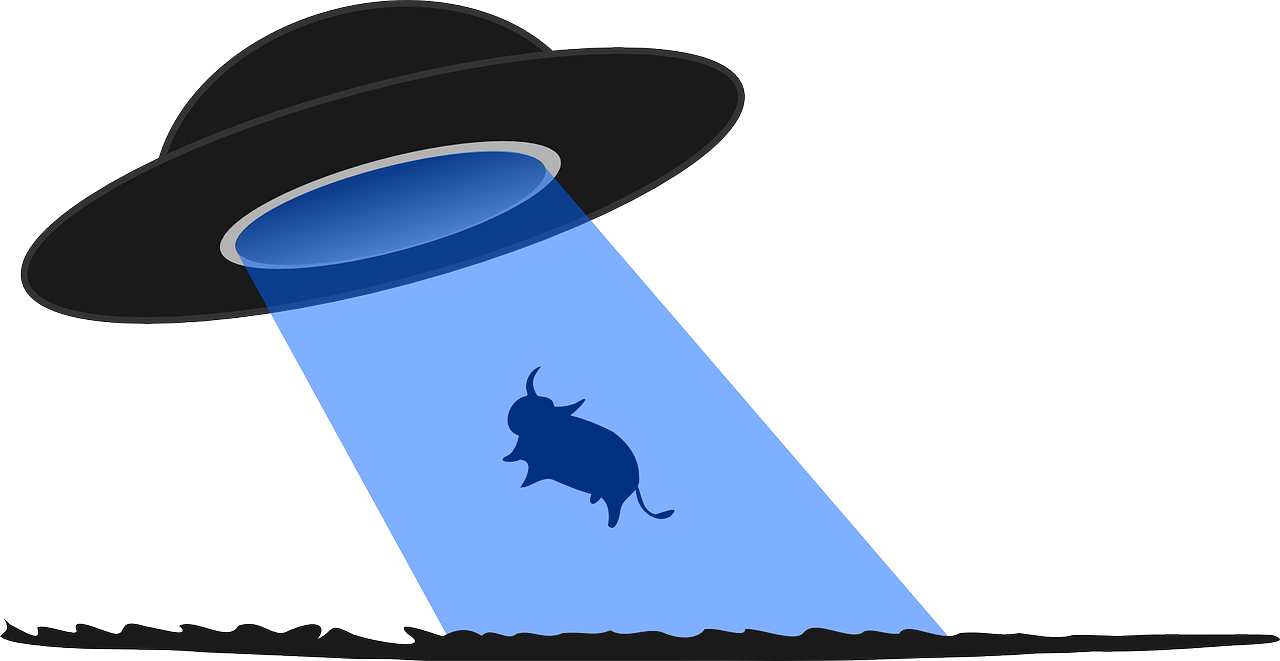