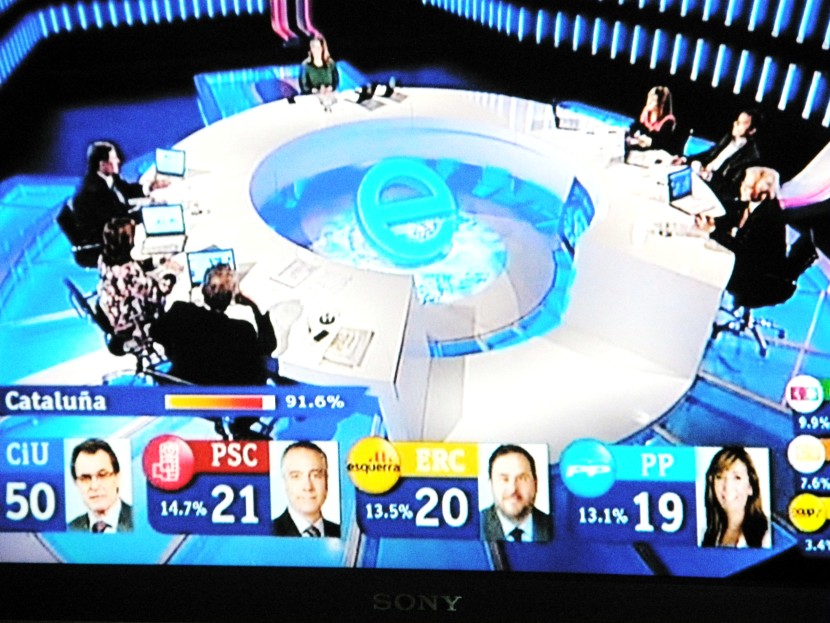 We welcome your articles on Catalonia’s bid for independence. Send them over, with or without pictures,
to the Spain vs. Catalonia Forum.

THE ELECTION DEBACLE  IN CATALONIA AND THE DISMEMBERMENT OF SPAIN

The hectic secessionism in Catalonia in these recent months, led by regional president Artur Mas, has crashed in the snap election of November 25.

For a while there, it looked like the regional election last Sunday would give Convergència i Unió (CiU), a major rightist Catalan nationalist party, what its leader Artur Mas was aiming for: not just an absolute majority in the 135-seat Catalan parliament but what he called “mayoría excepcional“. It was to let Spain and Europe know in no uncertain terms that Catalans in droves want out of Spain.

If that had happened all sorts of new conflict — mostly political and social, on top of the agonizing economic crisis that has Spain in a deadly grip — would have conceivably sprouted the morning after. What was even scarier was that there could have been no foretelling their magnitude and ultimate consequences.

During the campaign, Artur Mas vowed that if his party won the election by “exceptional majority”, he would call for a plebiscite on the sovereign statehood of Catalonia. And since Mas was wholly convinced of an overwhelming support for it, that plebiscite would have been the prelude to secession. That this is unconstitutional had become a moot point; Mas was pushing through with it no matter what.

So if Mas had won last Sunday the integrity of  Spain would have been jeopardized. The country could literally have been skewed out of shape, a large chunk of its territory chopped off. Mas, now the acting president of the Generalitat de Catalonia until the Catalan parliament reelects or replaces him for a new term, was so sure that a turn-out comparable to the one at the Diada pro-independence march last September 11 in Barcelona would back him up last Sunday.

Pollsters in Catalonia predicted an absolute-majority win for the CiU, though polls elsewhere were beginning to detect fissures in the sleek panorama as the election entered the homestretch. And then it all definitely quirked; with just a few days to go, polls showed that CiU could actually fail to win an absolute majority. Forget the “exceptional” one now. One poll even predicted that CiU could win less parliamentary seats than what it had in the last legislature which were then only six seats short of the 68-seat absolute majority. 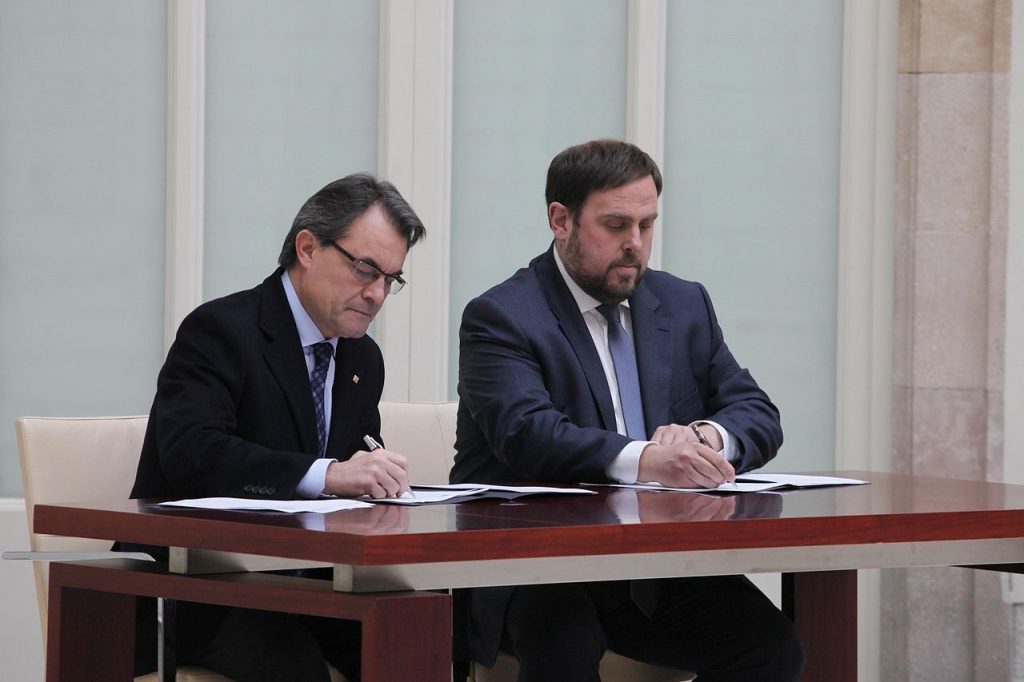 Artur Mas signing the 4-year governability pact with Oriol Junqueras, leader of the leftist secessionist Esquerra Republicana de Catalunya, following the failure of the CiU to win a parliamentary majority in the November 2012 Catalan elections

By 10:00 PM, Sunday, Artur Mas knew he lost utterly. But why he? Why not CiU? The results of the snap election, for which he dissolved the Catalan parliament only two years after it was constituted, are obviously a  verdict on his personal decision to steamroller breakaway Catalonia out of Spain and into an EU that isn’t thrilled with the idea. He had presented himself  as the patriot who would make it finally possible for Catalonia to achieve the elusive independence that the pro-independence sector says the Catalans have been dreaming of for centuries.

Very few Spaniards living in and out of Catalonia shrugged off the threat that Mas posed to the unity of Spain. His supporters were visibly energized and they could swell many times over in number. If they grew large enough they could force a negotiation for Catalonia’s exit from Spain,. Failing that, a civil war could break out.

And yet the CiU has never unequivocally defined itself as “independentist”. Even Mas had astutely avoided uttering the “it” word, saying only that with or without the consent of the central government of Spain he was calling for a referendum that would at last allow the Catalans to express their desire for “freedom”.

The final results are in!

By midnight of Sunday, with more than 90% of the ballots counted, CiU had won 50 parliamentary seats. Relative to what it had before the election, CiU had lost 12 seats, the biggest loss, percentage-wise, by a party in the recent history of Spain. The complete count has confirmed that disastrous result.

Catalonia and the rest of Spain are stuck together then. And with all due respect for the dissenting view, it is a good thing. When Mas turned it into his own campaign slogan that Catalonia is being shortchanged by the Spanish state and must therefore break away from it, he forgot to factor synergy in. “The whole is greater than the sum of its parts,” as Aristotle put it a long time ago. Sheer synergy benefits Catalonia, whatever is the amount of its financial contribution to the Spanish treasury.

Together, Spain’s 17 autonomous regions enhance each other, thanks to the multiplier effect. Fragmented, they lose more than what they will ever gain from secession. Unity is all to the good, at least where Spain is concerned. Mas refuses to see it that way but, hey, he lost. 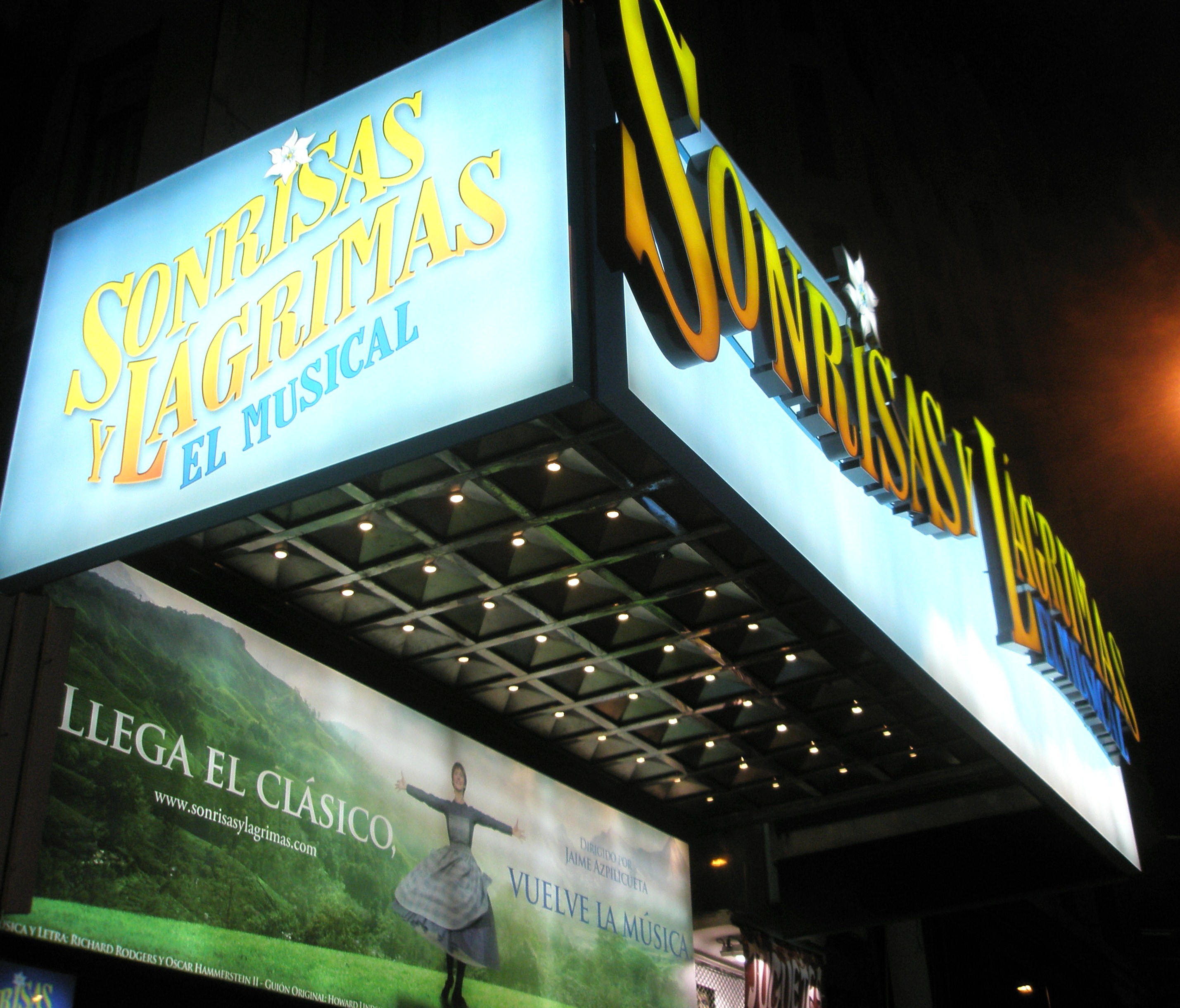 Previous article « THE SOUND OF MUSIC

Next article THANKSGIVING IN MADRID »