THE PACO DE LUCÍA PROJECT REUNITES TO CELEBRATE ITS NAMESAKE 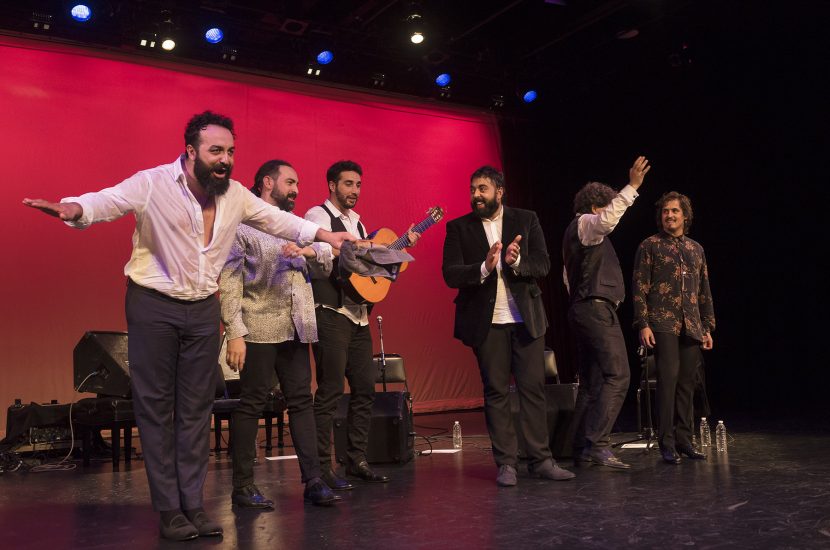 The legendary flamenco guitarist Paco de Lucía (1947-2014) died suddenly of a heart attack while on vacation in Mexico at the age of 66. Not only did he leave behind an extraordinary groundbreaking musical canon, but also a band bereft of a leader. In the early 1980s, de Lucía assembled a sextet that would reinvent the sound of flamenco in its instrumentation and infusion of jazz. The nucleus of his last band coalesced in 2004 while recording his Latin Grammy-winning “Cositas Buenas” and played with him, honing his vision, for the next ten years until his death. 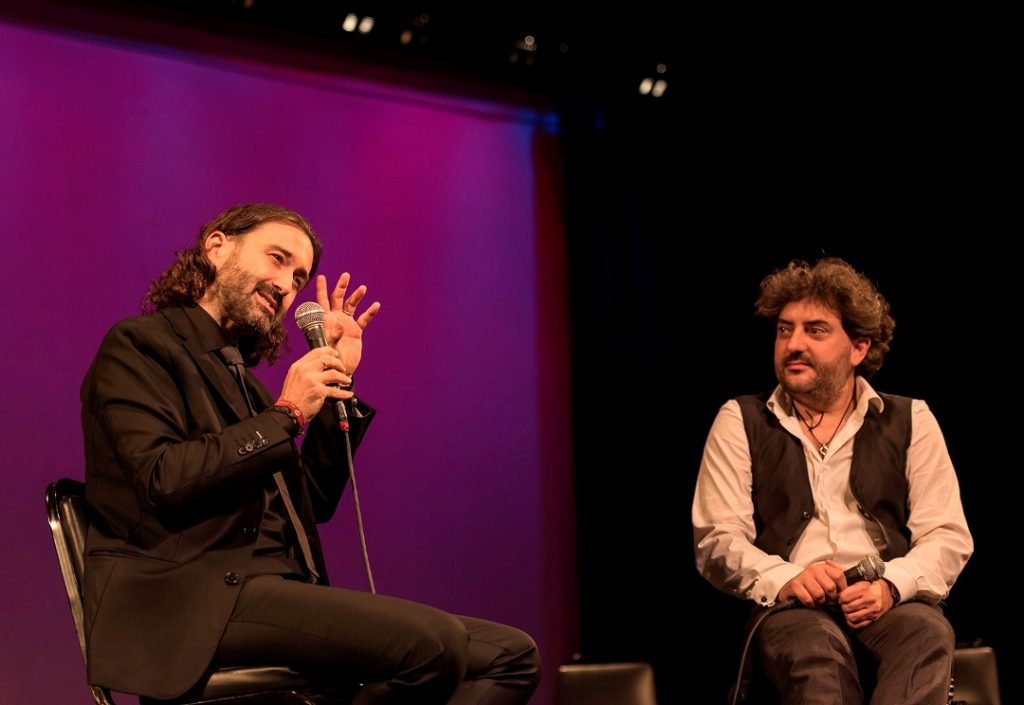 Said Limón, who not only produced the 2004 Grammy-winning album but also de Lucía’s Grammy-winning “Entre 20 Aguas” (Between 20 Waters), featuring an illustrious cast of international musicians. “Paco had created a new sound with his first group, and another with this band, because it’s made of musicians from a different generation than his—he had arrived at a different approach to composing and to a different sonority. And I kept thinking: why are we throwing away a sound that took so many years and so much work to create?”

The other reason is emotional, he continued. “For all of us to get together for Paco and remember moments and stories from the concerts and the tours is such a joy.” 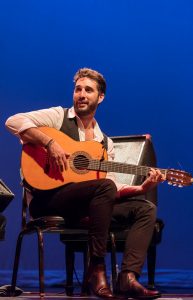 It was also a tremendous joy for the packed house at Manhattan’s Symphony Space (Broadway and 95th Street) that was enraptured by the October 14 one-night-only 90-minute non-stop, electrifying performance, including two encores. The program consisted of de Lucía’s celebrated “Zyrab,” “Canción de Amor” and “Entre Dos Aguas,” as well as original music by members of the band. In addition to their collective musicianship, the band members shone in long solo riffs that highlighted their considerable talents, keeping with de Lucía’s approach to giving his band a lot of freedom—he famously didn’t rehearse his band.

“In performance, it forced us to be more in the moment,” said Limón.

Cuban-born Pérez is not only an amazing bass player and composer, but his dulcet-toned vocals were stirring. Serrano, a Madrid native is credited, along with de Lucía, with introducing the harmonica to flamenco when he joined the ensemble in 2014. He dominated it, with marathon solos that sometimes ran too long.

The renowned “Piraña,” who also played conga and traps, attacked the cajón (box drum) as ferociously as his fish nickname. De Lucía introduced the Peruvian instrument to traditional flamenco, and it is now a staple of the genre. Sánchez honed his chops at a young age under the tutelage of his uncles (de Lucía and Ramón de Algeciras) and others. He now shone as first guitar. And cantaor de Jacoba has an amazing voice that can go deep and sustained. 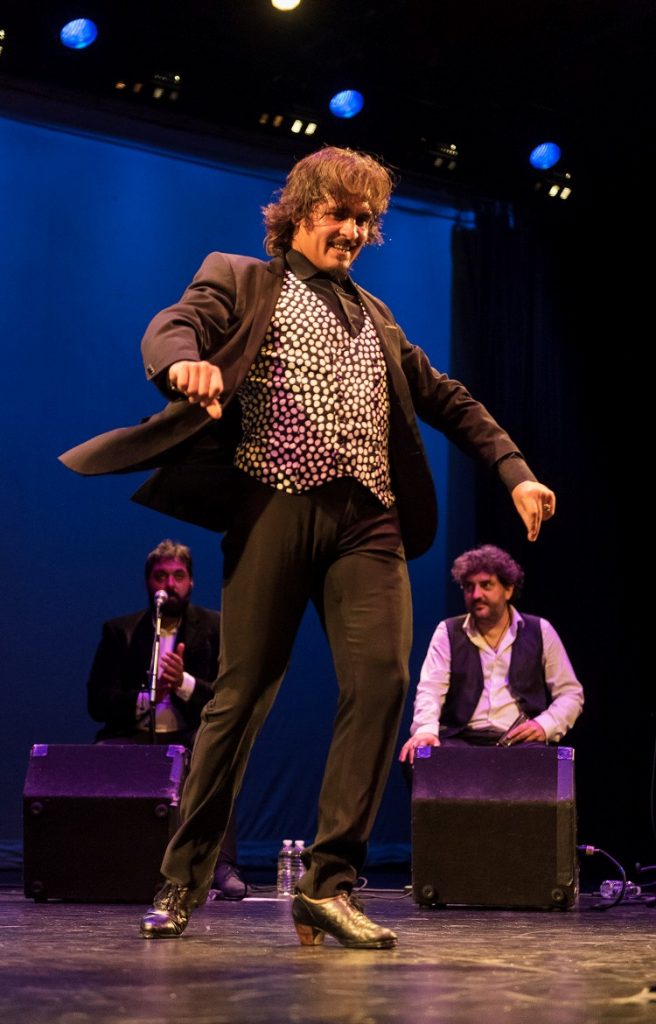 And the pièce de résistance, the flamenco dancer Farruo. The Seville native is very much an integral part of the band. Before he took center stage, he accompanied the musicians with palmadas (clapping) while seated at the edge of his chair, his restless feet tapping out the rhythms. After he finished dancing, he left to change his sweat-drenched shirt and returned to play second guitar, all smiles, happy as a clam.  His lineage is gypsy “puro,” the brother of dancers Farruquito and Carpeta and the grandson of the iconic Farruco (1935-1997), whose name he took in homage. He is also a flamenco composer, lyricist and choreographer.

I’m not sure how to describe Farru’s dancing. There was some of his grandfather’s characteristic wildness with stomping feet, crazy off-kilter turns and arm flinging. But then there was his intense, cool control as he executed the fastest, most rapid-fire sustained exciting footwork I’ve ever seen. His upper body was mostly still, his legs and feet blasting out sharp, ever-changing patterns. He also did some insane lightning-fast tapping with the sides of his feet. There was not much in the way of expressive arm movements; he held onto the open part of his black jacket a good part of the time and mostly danced within a small area of the stage. A performance and performer to remember.

The entire evening was magical, as if the spirit of de Lucía himself were watching and having a grand time.

Award-winning Bonnie Rosenstock wrote for Guidepost back in the 1980s when she lived in Madrid. She’s now with exploredance.com, among other publications in New York. While working for The Villager and Chelsea Now she won three awards from the New York Press Association Better Newspaper Contest.
After years of absence she’s contributing regularly to Guidepost again. To our mag’s delight! 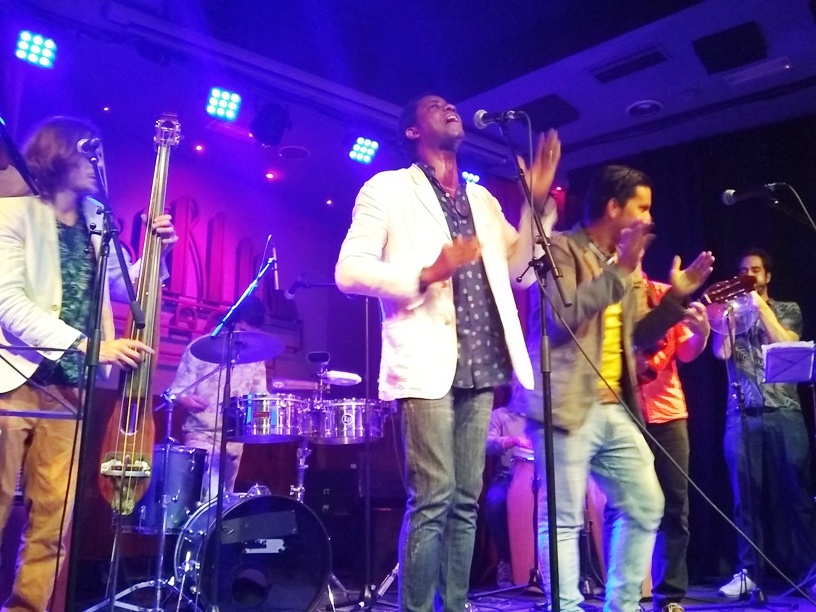 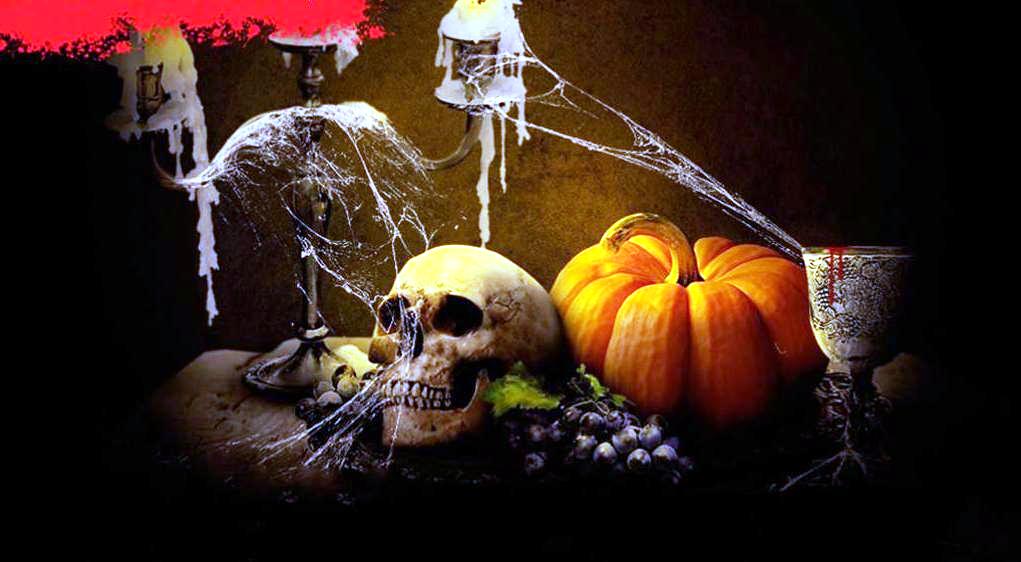 Next article THE “BEST” HALLOWEEN IN SPAIN! »