THE MORNING AFTER — A PSOE VICTORY 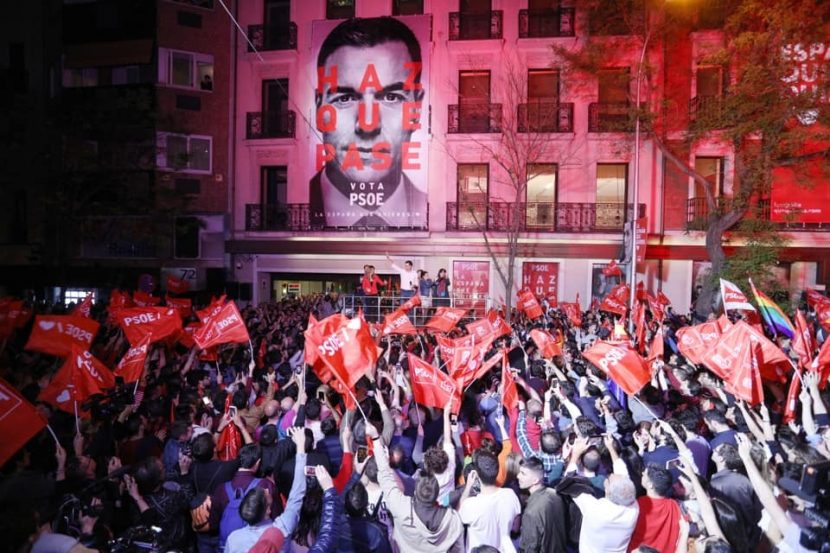 On Sunday, the 28th of April 2019, the Spanish Socialist Worker’s Party (PSOE) won a resounding victory in Spain’s third general election in four years. After ousting conservative Minister Mariano Rajoy on a vote of no-confidence (moción de censura) in 2018, Prime Minister Pedro Sanchez struggled to govern with a mere 85 parliamentary seats out of a total of 350, and called a snap election after his budget proposal fell through in February. Now, several months after the vote of no-confidence, he may finally have the leverage he needs to govern.

After the election, the distribution of seats in parliament is as follows: PSOE, 123 seats; PP, 66 (the worst result in the conservative party’s history), Ciudadanos (C’s),57; Unidas Podemos, 42; and the newly emerged Vox, 24 seats. Of course, a myriad of regional parties had jumped into the fray as well. Most prominent among these were the ERC-SOBIRANISTES, who collected 15 seats, and the Basque Nationalist Party (PNV), 6 seats.

None of the five major parties in the highly fragmented political landscape has won an absolute parliamentary majority (176 seats). 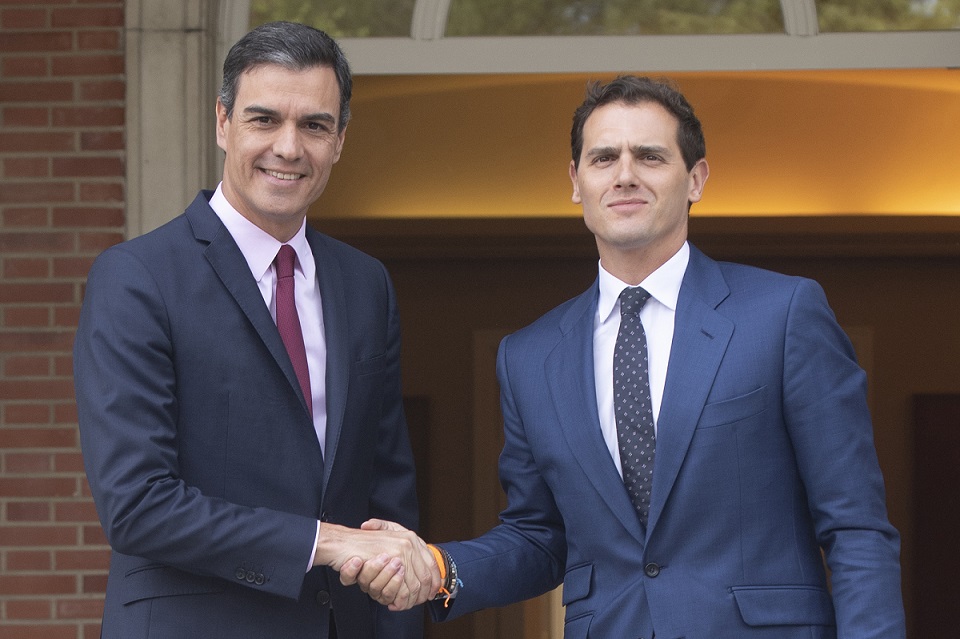 In the circumstances, Pedro Sanchez and the PSOE will have an opportunity to build a coalition. They might call upon Unidas Podemos to bring them to the 165 mark, but that will still be 11 seats short of the absolute majority. Another option is to reconstruct the coalition that brought down Mariano Rajoy, which included secessionist parties such as the ERC and the Basque EH Bildu. But the pro-independence parties are no longer indispensable, given the number of seats Sanchez now enjoys.

The shortest route to absolute majority is a PSOE-C’s tandem but the latter has been giving it a vehement “No” all throughout the election campaign. This, therefore, leaves PSOE with an option to go it alone via a minority government, a most plausible scenario if Pedro Sanchez can gather support to be sworn in as Prime Minister. And that support is within the realm of political probability. With 123 seats – in comparison to the erstwhile 85 – PSOE can govern with one-off support for specific bills from the regional parties along way, after the investiture of Sanchez.

What is most significant about the PSOE victory is that a ruling coalition of right-wing parties has become improbable. Together PP, Ciudadanos, and Vox command 147 seats—29 too many seats short of the absolute majority. And they could not possibly rely on the regional parties to pick up the slack.

Jockeying for position aside, however, this election will not only be notable for the diversity of parties but also for the number of issues in play. What’s at stake is the cultural and economic direction of Spain, which have both been in limbo for some time now. Issues range from abortion to immigration to secession, and even the ethics of bullfighting. Spain is caught between its historical past and a seemingly uncertain future.

The five main parties in the last general election

Election slogan: Valor Seguro (Safe bet. Solid choice). Founded in 1989. Ideology: Conservatism, Christian democracy. In order to win back disaffected conservative voters who were thought – rightly, as it turned out – to jump the ship and join the far right Vox party, PP sent out messages that mirrored some of Vox’s radicalism. Leader: Pablo Casado. PP won 66 seats, a nose-dive from 134.

Slogan: La historia la escribes tu (The one who writes history is you). Founded in 2014 after the so-called 15M Movement launched on May 15, 2011 – during the economic crisis, a.k.a. the Great Recession – as anti-austerity demonstrations close to the May 22 local and regional elections. Leader: Pablo Iglesias. Ideology: Extreme left populism.
“Unidas” refers to Izquierda Unida (United Left), a far-left party federation led by Alberto Garzon. Ideology: communism, socialism, republicanism.
In 2016, Podemos and Izquierda Unida formed an electoral alliance (Unidas Podemos, formerly Unidos Podemos), to contest the general elections in that year. The alliance was sustained for the 2019 elections. 42 seats. 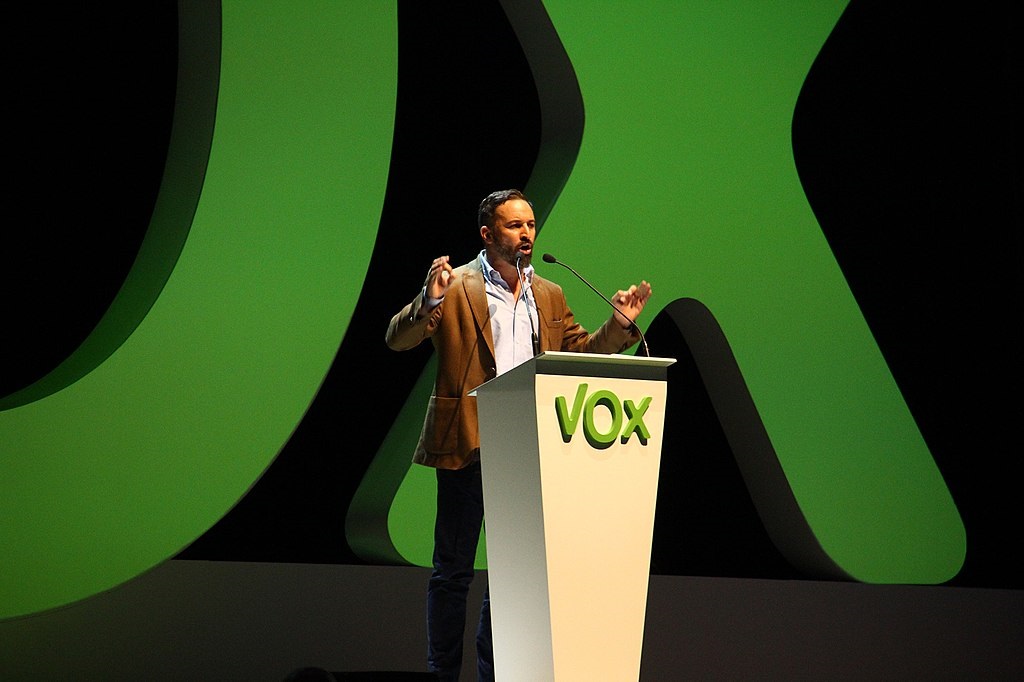 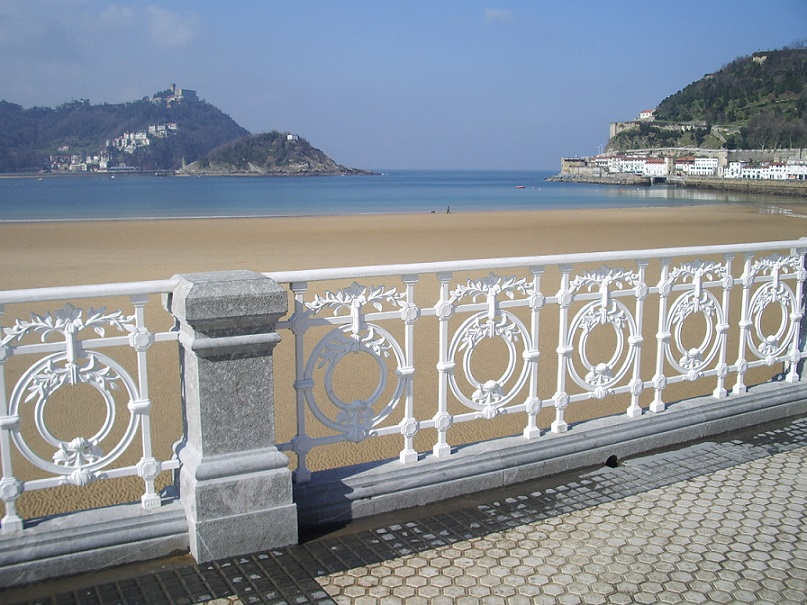