THE MIRACLE THAT WORKED

Destinations Other Than SpainTravel
7 Apr, 2013
Comments: 0 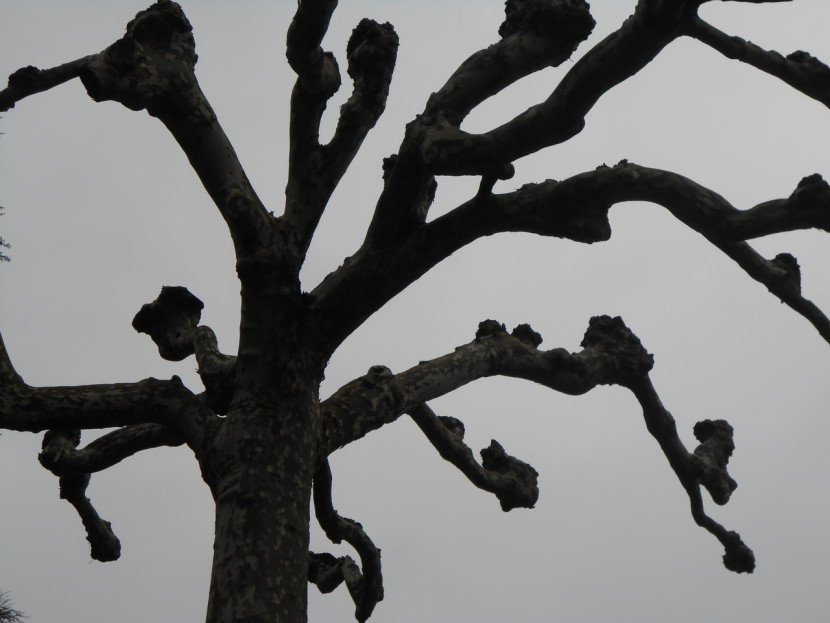 In this place of alleged miraculous occurrences a miracle happened. The desolate Sanctuary began to fill up and Lourdes began to look more like its usual self: confident, profitable, optimistic.

From all meteorological indications the Holy Week occurred more in the deep of Winter than the advent of Spring. In Madrid it was wet, windy and cold. Southwestern France wasn’t willing to let Madrid win the nasty-weather one-upmanship, so it was just as bad in Lourdes: fog, wind, rain and temperatures hovering around the freezing point. And that was where we were headed for!

The Sanctuary was cold and desolate. . .

The 51-hectare Sanctuary of Our Lady of Lourdes was desolate and the hundreds of disgruntled shopkeepers just outside all but swore against such a cruel commercial fate. We found ourselves consoling one salesgirl that it was just as bad in Madrid where we came from. On hearing our bad fortune, she brightened up.

Then in this place of alleged miraculous occurrences a miracle happened on Good Friday. The day promised to be a repeat of foul weather but by mid-morning we were enjoying fantastic Spring sunshine – golden, warm and healing. And I mean healing. Many in the pilgrimage group that I joined – I was with the group but not of it – had developed severe colds with sprinkling of fever for good measure but were now suddenly feeling just fine.

And then a “miracle” happened on Good Friday. People, people everywhere!

The Sanctuary began to fill up and Lourdes began to look more like its usual self: confident, profitable, optimistic. Somehow, there on the foothills of the Hautes-Pyrénées, it’s easier to believe that no matter how bad things got, including serious infirmity, they’d mend, preferably on this earth but if not then in the hereafter.

Lourdes is beautiful – Nature endowed it so – and, miraculously, it doesn’t seem to suffer from the desecration by the tawdry commercialism that abounds in the place. The cheeky proprietor of a self-avowed Catholic shop had the bright idea of recording the Lourdes Hymn (Ave Ave Ave Maria) that the pilgrims sing during the touchingly quaint torchlight Marian Procession in the evenings of the Pilgrimage season (March-October). Now it blares relentlessly in his shop to entice pilgrims and lay visitors to buy rosaries and like “religious” items on the shop’s well-stocked shelves.

Nobody seems to mind the blatant commercialism. There’s something about Lourdes that won’t let good vibrations be crushed.

On Good Friday, with the sun shining on the Rosary Square of the Sanctuary, there were modernistic representations of the Crucifixion of Christ. The mood wasn’t sorrowful as one might have expected, but one that rather resembled Easter Sunday’s when, with the Resurrection, there is cause for great joy.

The Gave as it surges downstream past the Grotto. To the right the white tent-like Chapel of Adoration.

The Gave River surged downstream with the force of Spring, along the Grotto and toward Biarritz. The watery energy spoke of rebirth.

At the Rosary Square and down by the Grotto, the sick, in their rickshaws, seemed less afflicted. Some wore smile on their faces. They trusted to the healing mercy of the Immaculate Conception who appeared 18 times to St. Bernadette in 1858.

The Rosary Basilica, with its soaring spires, could well be the Sanctuary’s Stairway to Heaven. In juxtaposition, the castle dating back to Roman times on the nearby mountain peak provides an all-too- secular foil, as though to remind the pilgrims that timelessness is no celestial monopoly. But most of the millions who flock to Lourdes aren’t paying much attention.

The all too secular ancient castle and the Crowned Virgin.

In the 19th century the rural Pyrenean villages were impregnated with piety. Add that to hardship and isolation and you have a fertile ground for runaway imagination. Fake visionaries were not rare. And so when the sickly 14-year old Bernadette Soubirous, daughter of impoverished miller François and laundress Louise of Lourdes, reported having seen ”a dazzling light and a white figure” consistent with the image of Virgin Mary in village churches, cynics said she was just another copycat.

And yet the Catholic Church would eventually testify to the veracity of the 18 occasions when the “Immaculate Conception” (Bernadette never referred to the apparition as Virgin Mary) appeared to her at the remote and filthy grotto of Massabielle. (Massabielle means old mass.) Moreover, Bernadette was canonized on 8 December, feast day of the Immaculate Conception, 1933.
The apparitions have made Lourdes what it is today, a global Marian shrine, a town with a population of only 15,000 but with nearly 300 hotels to house the five million pilgrims and tourists who come visit each season. Lourdes is second only to Paris in terms of the number of hotels per square kilometer.

It was a drizzly Winter’s day. Bernadette, her sister Toinette, and a friend went to gather firewood in Massabielle. Suddenly there was a gust of wind that left the trees unshaken. A light appeared in the grotto and took the shape of a beautiful young lady. Scared, Bernadette tried to pray the rosary. But she couldn’t make the sign of the cross. The apparition crossed herself and only then could Bernadette do the same.

Bernadette’s mother didn’t want her to return to the grotto. It was Sunday and she was afraid she wouldn’t be able to make it to the Vespers and also that she would get sick. But the girl was insistent. The mother relented.

To make sure she wasn’t dealing with the Devil, when the Lady appeared Bernadette sprinkled her with the holy water that she took from the parish church. The Lady smiled at her.

Devotional candles in a brulière in the Sanctuary. Candles were a necessary component at the apparitions.

Bernadette, accompanied by grown-ups, asked her name but the Lady said it wasn’t necessary for her to know. Instead she asked Bernadette: “Would you do me a favor and come here for two weeks?”

Bernadette said she would. In return the Lady said: “I promise you happiness, not in this world but in the next.”

Bernadette came to the grotto everyday. Crowds formed at the grotto to “witness” the apparition that they couldn’t see; only Bernadette could. She was beatific. The authorities accused her of causing public disorder and threatened to jail her.

On 23 February the Lady re-appeared after an absence the day before. She revealed secrets to Bernadette which the latter kept to herself.

This was the original spring which was just a muddy puddle when the “Lady” told Bernadette to drink from it and wash herself. It is now protected by a glass screen.

On 25 February the Lady directed Bernadette to a puddle. “Go drink from the spring and wash yourself there,” the Lady said. Hours later the muddy spring cleared and the water became plentiful.

No apparitions after this but miraculous healings. On 1 March 9-month pregnant Catherine Latapie walked 9 kilometers to the “healing spring,” washed her paralyzed arm there and was instantaneously cured. She walked back home to give birth immediately to a son. It was the Church’s first “approved miracle” of Lourdes.

The fortnight was at an end. Ten thousand people from Lourdes and far places had gathered around the grotto. On 2 March, the 13th apparition took place. The Lady told Bernadette: “Go tell the priest to build a chapel here and to have people come in procession.”

The Rosary Basilica seen from the grotto. Lourdes didn’t just build a chapel; it built a great church in honor of the Virgin.

The task was daunting. The parish priest wasn’t buying the apparitions and called Bernadette a liar. Bernadette was scared of him but was also determined not to fail the Lady. Finally on 4 March (Easter) he talked to her: “If the Lady [whose identity Bernadette didn’t know] wants her chapel let her tell you her name and make the rosebush at the grotto flower.”

Bernadette relayed the parish priest’s demands to the Lady. The Lady only smiled.

“I am the Immaculate Conception.”

Three weeks of relative calm and normalcy followed. The crowd still went to the grotto. Bernadette didn’t until she heard the inner call of the Lady again. She was set on getting an answer for the parish priest: “Would you be so kind as to tell me who you are?”

Bernadette ran to the priest and told him that the Lady was the Immaculate Conception.

The parish priest was shaken. The girl was illiterate and couldn’t have known about the new Church dogma proclaiming Virgin Mary the Immaculate Conception.

“She couldn’t have invented this,” the priest wrote to the bishop.

Hearing the call again, Bernadette returned to the grotto. She immediately went into trance, her face beautiful in the transfiguration. The large candle she was holding burnt down and the flame licked her fingers. But her fingers showed no sign of burning.

The Meadow (Prairie, in French) as it is referred to in the Sanctuary. On the last apparition of the Immaculate Conception the police barricaded the grotto. Bernadette could only see the Lady from across the river, in this meadow.

By now the people were in a frenzy. Visionaries proliferated. The bishop ordered the grotto barricaded. When the final call from the Lady came, Bernadette could only see her from the far side of the meadow across the Gave River. It was the last apparition. Bernadette said she never saw the Lady so beautiful.

The Grotto of Massabielle today, the exact same spot of the 18 apparitions more than 150 years ago.

The eighteen apparitions put Lourdes on the map. And how!