THE MAKING OF “ROMANZAS DE ZARZUELA”, NEW YORK, AS TOLD BY A MEMBER OF THE CAST 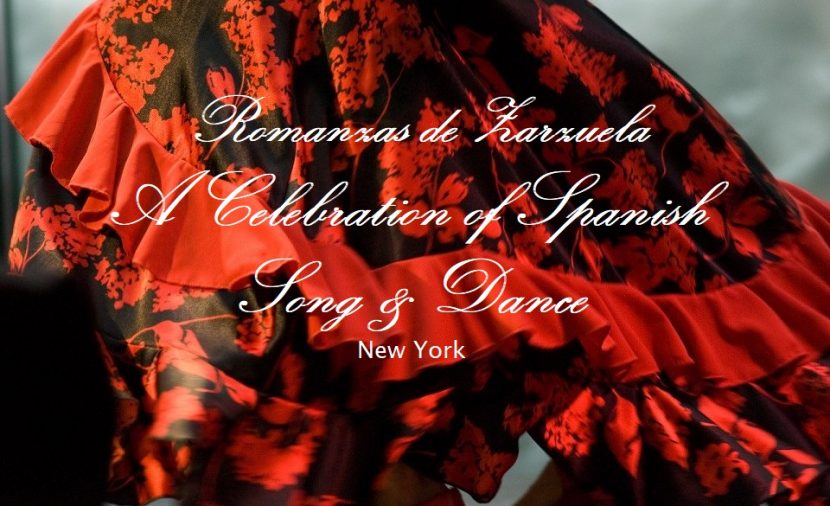 THE MAKING OF “ROMANZAS DE ZARZUELA”, NEW YORK, AS TOLD BY A MEMBER OF THE CAST

When I received an email from Jim Furlong, Director of Arts for the Hudson Guild, seeking community members for “Romanzas de Zarzuela,” I knew I had to try out for it. From my years in Spain, I was familiar with the lesser-known Spanish lyric-dramatic musical theater genre and had seen some delightful productions in Madrid. Dating back to the 17th century, zarzuela evolved into its well-known classic form in the 19th century. It consists of instrumental music, singing, dancing and spoken word, incorporating the rhythms and traditions of songs from Spain’s diverse regions and cultures. 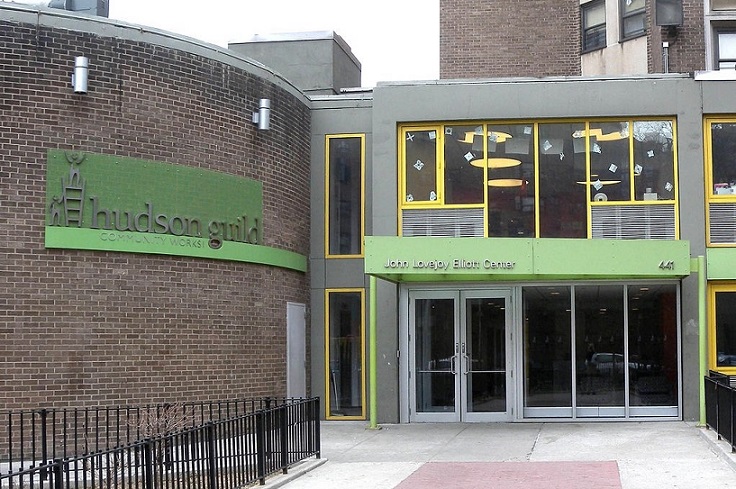 After several hours of “audition,” consisting of choreography and other movement exercises, devised by the production’s choreographer Matthew Westerby, I was thrilled to be invited to participate as one of eight adult community members to perform with acclaimed soprano Lori Phillips, Romanian-born pianist Matei Varga, six dancers from the Matthew Westerby Company and six children ages 5-13.  The rehearsal process would be twice weekly for 12 weeks for the one-hour production.

I know Furlong from previous articles I have written about the programs at Hudson Guild, a settlement house located in the heart of Manhattan’s Chelsea neighborhood that brings theater, visual arts, music and dance to seniors, children and others who might not otherwise have access to the arts. Furlong, who is also director of Hudson Guild Theatre Company, conceived the libretto and set the piece in a town hall in a small Spanish village. On this day, they are celebrating an annual pageant honoring the stages of life as represented by children, youth and elders, with dance, spoken word, arias and music.

Furlong explained that he was a big fan of a recording called “Romanzas de Zarzuela,” which consisted of ten arias from zarzuelas, sung by Spanish operatic soprano Montserrat Caballé. “Matthew and I had collaborated on several pieces of music, theater, dance hybrid, and I listened to it and thought it would be a great kind of piece for us to explore,” he said.

“It’s our fifth production together. Two story ballets [“The Sleeping Beauty” and “Romeo and Juliet”], and the last two pieces have been more like….”

“Jazz by Shakespeare” had music by Duke Ellington and “La Pazza Vita’” (The Crazy Life) drew from music from the films of Federico Fellini. “So we’ve been to Italy and jazz in America, and I thought Spain would be interesting, but I didn’t want to do kitschy traditional flamenco. I wanted a fresher approach.”

Furlong said they pretty much honored the structure and flow of the original recording. “We haven’t switched them around. Ms. Caballé, I think, arranged them rather well,” he said. “However, I did interject five piano solo numbers, one at the beginning, four in the middle, by Cuban composer Ernesto Lecuona (1895-1963), who raised Cuban music to classical status. He is often compared to George Gershwin. Part of that was a request from the soprano to take a break after singing five arias in a row. One piece is jazzy, in the Afro-Cuban mode, and the others are more European old school. I wanted some of that Afro-Cuban New World feel.” 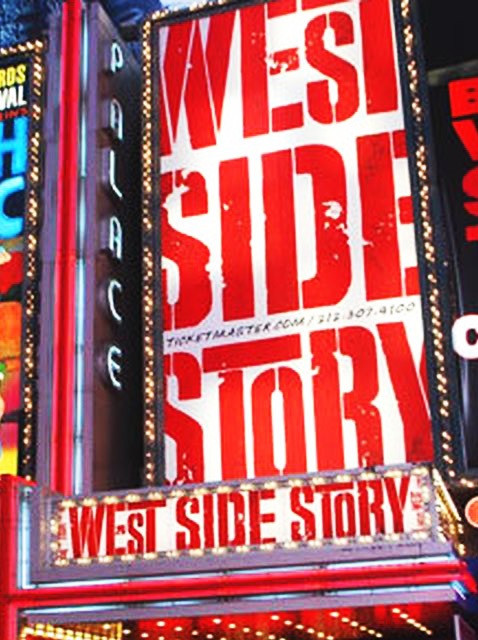 “West Side Story” is Zarzuela Americana, or so some say

The zarzuela tradition started in Spain but traveled to the Americas, to Puerto Rico and Cuba. “Some even say that ‘West Side Story’ is Zarzuela Americana, which it really is because it’s operatic with folk dancing,” Furlong pointed out.

Westerby said that after Furlong described to him and Phillips the abstract concept of being a child to getting married to finding love and what love means and getting older, he began his choreographic process, with Furlong’s input about what each number should represent. The show is divided into 13 Scenes, with dance numbers for children, youth, elders, males, females and the entire company.

Westerby noted that the dancers had a lot of input into the movement. “That’s intentional on my part, whether working with little children or non-trained dancers or with professionals,” he said. “If I put movement on people, it might not look like them, but if they had a hand in creating things, it brings out who they are.”

We eight community adults were also given free rein to create a short movement study of past memories with a partner, so that four duos are doing different choreography simultaneously, which leads into a set dance sequence.

For another sequence, Westerby incorporated tableaux, inspired by the paintings of Goya, “to give it a sculptural feel,” he said. “I think there’s so much movement you want to have some stillness and interesting shapes.”

Poetry is also a notable element. Furlong lifted key Spanish lyrics from Caballé’s arias in Spanish, which Phillips sings, and had them translated into English, which various performers recite for dramatic narrative. “I wanted to make it truly bilingual,” he said.

To find the children, Westerby and Nicole Kadar, one of the dancers, as well as After School dance partners, saw over 100 children from kindergarten to fifth grade, each grade for four weeks, once a week. “We gave them an intro to some of the choreography steps, but also some games,” described Westerby. “We got them used to the idea of what it feels like to be in a rehearsal, to learn a dance, so they could decide if it was something they would be interested in, could they commit to this. Oftentimes, they say they’d love to be in a show, but they don’t really know what the process is. A couple of the kids came from outside Hudson Guild this time, the first time that happened.”

Furlong added, “I think Matthew and I want to create an experience that’s joyful in all of our shows. It’s aspiring towards a high level of achievement, but any mistakes the children would make, we don’t obsess over them. We say, ‘Just do your best.’”

One performance preview (not listed below) will be for the children of Hudson Guild’s After School Program. “Even if they’re not in the show, it’s a nice culminating event. We do this every other year,” said Furlong.

Furlong and Westerby are already planning their next projects. The choreographer is preparing for his full company’s tenth anniversary concert next fall in Hudson Guild Theatre, and Furlong is doing a Shakespeare. ”We try to shake it up and do it differently every year,” he said. 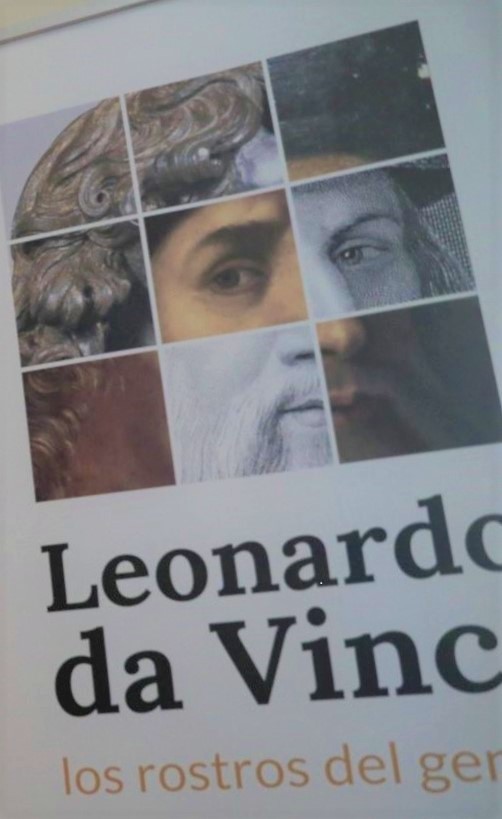