Destinations Other Than SpainTravel
25 May, 2013
Comments: 0 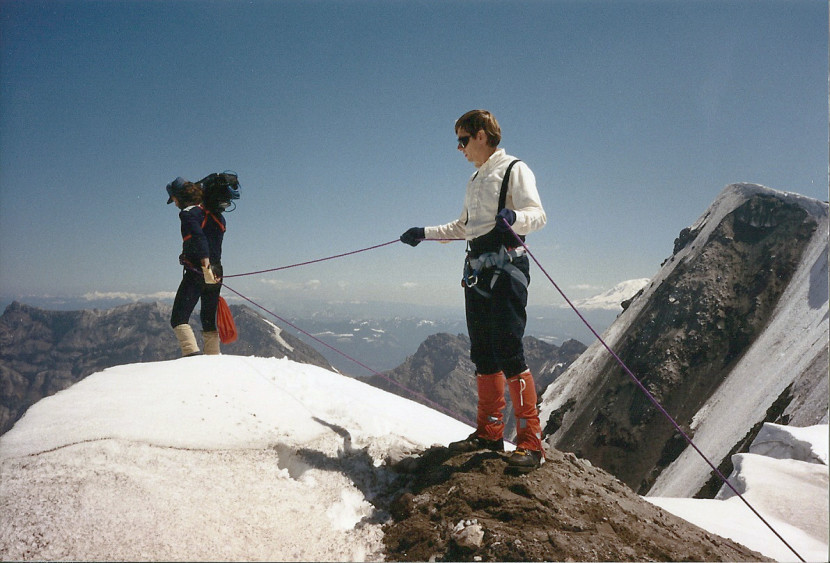 This article was originally published in the 2013 Winter edition of Adventure World Magazine, an American online magazine, and it is reprinted in Guidepost with the permission of AWM. It is an excerpt from the author’s forthcoming book The Naked Mountainer scheduled for publication by the University of Nebraska Press in 2014.

MAY 4, 2012, marked 25 years that Mount St. Helens, version 2.0, has been accessible to mountaineers. I was there in 1987 when the famous peak was re-opened to the public, part of a crowd that eagerly joined in the first authorized climb of the transmogrified volcano.

St. Helens from the north today. The current summit (8363′) is a point along the crater rim. The crater itself is 2000 feet deep and a mile wide. Photo courtesy Gifford Pinchot

But there’s more to the story. You see, seven years earlier I may have made the original mountain’s Last Ascent.

BY the fall of 1979, adventurers had been climbing St. Helens for well over a century. The first known trek to the top was reported by Thomas J. Dyer, founder of Portland’s now-venerable Oregonian newspaper. On August 27, 1853, Dyer and three other men reached the summit from the mountain’s south side. Fred Beckey describes the feat as “the first climb of a major snow peak on the Pacific Coast.”

At 9677 feet St. Helens did not dominate the landscape like nearby Mount Hood (11,249) or Rainier (14,411), but the smaller peak was lovelier and more sublime. Often referred to as America’s Mount Fuji, its elegant cone defined what a volcano should be. To the native Klickitats she was a maiden. To climbers she was easy, but a prized conquest simply because she was so damned beautiful.

I NEEDED a glacier climb to complete the Seattle Mountaineers basic climbing course, and I talked my way into the club’s final snow outing of 1979 – the north side of St. Helens.

On Sunday, September 23, we set out before dawn from a car camp near timberline at 4325’. When daylight came we could see that the lower two-thirds of the mountain had melted out. Late season conditions presented a series of parallel ridges running up and down. Between these rock ribs lay narrow gullies filled with fist-sized pieces of brown and black pumice as light as popcorn balls.

We found it impossible to climb the loose material – it was worse than scree. As a result, we moved onto the spines of solid rock and enjoyed a pleasant scramble up to a prominent buttress known as the Dog’s Head. From its high point we moved onto the Nelson Glacier.

At snow’s edge we strapped into our crampons, roped up and continued in teams of three. Had it not been an official Mountaineers outing we would have dispensed with the ropes. The crevasses were glaringly obvious.

JUST below the mountain’s crown we traversed to the upper reaches of the Forsyth Glacier, where a gap in the crater rim offered an entrance to the summit plateau.

Classic pre-eruption picture of St. Helens, then 9677′. The view is over Spirit Lake to the north side of the peak. The author’s climb was over the Dog’s Head, the prominent rock buttress on the left side of the mountain. Spirit Lake was obliterated in the 1980 blast. Photo: Gifford Pinchot National Forest

The top point of St. Helens, above a broad and shallow crater, was a snow-covered hump. Nearby were outcroppings of exposed lava rock where we sat to savor the view – Mount Hood to the south, Adams to the east and Rainier just north – even in autumn their icy crowns glistened in the midday sun.

On the descent we calculated that we could move much more quickly by entering the gullies and negotiating the loose pumice with exaggerated downward strides on our heels. On snow this type of controlled sliding is called plunge-stepping.

To avoid getting in each other’s way we separated, and I found myself in my own private ravine. After cautiously trying a few steps to get a feel for the pumice, I discovered the proper technique and with a whoop of joy started sashaying downward. In a series of rhythmic whooshes I moved rapidly and began to pick up speed. I would be at the bottom in a matter of minutes.

Suddenly, just ahead of me I spotted a piece of solid rock protruding from the rubble. It was directly in my path, and I was moving too fast to avoid it. Without really thinking, I decided to land on the nub with both feet and bounce over it. My plan worked, but with one unexpected add-on. When my feet hit the boulder my downward momentum and the spring in my legs caused me to launch up and out, like a diver from a diving board.

I flew into the air and inexplicably turned a forward somersault. By the time I rejoined the slope I was feet-down again, still in tuck position, and I landed with a jolting crunch. My heavy knapsack drove my torso forward, and I heard (and felt) a distinct crack as my lower ribs impacted against my thighs. I was amazed that I hadn’t damaged anything except my ribcage, but my sense of relief did not make the last section of down-climbing any less painful. By the time I exited the gully my teammates were wondering what had taken me so long.

SHORTLY after our day on St. Helens the winter storms moved in and the autumn climbing season came to an end. I have often wondered . . . Were we the last to stand on its summit? I think we were.

It is entirely possible that a handful of mountaineers ascended the peak during the ensuing months, although backcountry skiing had not yet become popular, and winter climbing in the Pacific Northwest did not have many practitioners. Few climbers enjoy long approaches in deep snow, short days, foul weather, and the constant threat of avalanches.

Alpine activity for the sane resumes in March and April as days lengthen, snow consolidates and the sun makes more frequent appearances. However, just as the spring of 1980 was arriving, and just as the climbing community was waking up to another year of weekends in the high country, Mount St. Helens began steaming and rumbling. The Forest Service quickly put up a No Trespassing sign.

St. Helens in the spring of 1980, just before the May 18 eruptions. A series of ash emissions had blackened the peak, and the north slope had developed a prominent bulge. This photo was taken by USGS ranger Michael Johnson who was killed in the catastrophic blast. Courtesy USGS

THE trouble began on March 20, when seismologists recorded an earthquake near the peak. Then another and another. Then a cloud of ash and steam shot into the sky from the mountain top and a black 250-foot hole appeared in the summit crater. At the same time an enormous bulge began to appear on the north slope of the mountain. The lady was suffering from a serious case of gastric distress.

On the morning of May 18 all hell broke loose. First, a series of violent tremors caused the north face of the mountain to slide down. Then a lateral blast blew out what was left of the north side, and the summit was launched heavenward. Every tree within 17 miles to the north of St. Helens was leveled, and a black plume shot 80,000 feet into the atmosphere. The ash cloud was caught by the jet stream, its dust fell across the United States, and remnants circled the globe.
Poisonous gasses moving 300 mph killed every living thing near the mountain, including 57 people. In all, it was the most cataclysmic eruption in United States history.

EVERYBODY in the Northwest remembers exactly what they were doing on that Sunday morning when they learned of the event. My wife recalls shopping for plants at a nursery near Seattle and looking up to see an ominous black cloud billowing to the south. A friend was sitting in church when the minister announced the disaster in apocalyptic tones.

Meanwhile, a lawyer I know was wrapping up an overnight date by rocking his sailboat in Puget Sound. At their moment of fulfillment he and his passenger were engulfed in the thunderous rumbling of St. Helens and, as he reports it, his companion ran her fingers through his hair and sighed, “That was wonderful.”

As luck would have it, I had moved to Europe a few months earlier, and I missed the show entirely.

AS for the mountain itself, Princess Leia had morphed into Jabba the Hutt. When viewed from east, west or south its symmetrical cone was reduced to a squat and unattractive mass. Its north side was completely gone, and it emerged from the black cloud as a horseshoe-shaped, hollowed out peak with a crater 2,000 feet deep and more than a mile wide. The 8363-foot high point of the jagged crater rim – the new summit – was 1314 feet lower than the plateau on which I had eaten my lunch eight months earlier. Except for its location on the map, it was literally a different mountain.

St. Helens from the north today, with illustrations comparing the current mountain with its previous dimensions. Courtesy USGS

IT took seven years for St. Helens to re-open. During that time there had been persistent rumors of “pirate ascents,” but eventually the Forest Service said, “Okay, have at it.”

I had moved back to Seattle, and KING-TV asked me to lead a reporter and camera crew to the summit on Opening Day. We joined hundreds of others slogging up the south slopes, and at the top we were rewarded with stunning views from the crater rim. It was only then that I appreciated not just the new mountain, but how fortunate I had been to climb its earlier manifestation.

Matthew 20:16 says, “So the last shall be first.” I may not have been the very last to stand on the old summit or the very first on the new, but I’ll stake my claim to a twofer that was, in its own way, biblical.

Top photo: Sieberson belaying a television camera operator at the crater rim on “Opening Day,” May 4, 1987. Photo by Alan Errington

Steve Sieberson is an American law professor who has taught at Carlos III University of Madrid during the 2013 spring semester.

Not surprising for an academic, Sieberson has a great deal of formal education. In addition to bachelor, master and law degrees earned in the United States, he earned a Ph.D. in European law from Erasmus University in the Netherlands. “I think four is enough,” he says with a laugh. “I should now concentrate on helping others get their degrees.”

As a scholar, Sieberson has published a book and numerous articles on the constitutional development of the European Union. “This is a subject that more Americans should pay attention to,” he says. “The challenge of managing the EU is often analogous to the rivalry between state and federal power in the United States. We can learn a lot from each other.”

Attorney, professor and scholar – these are impressive enough, but behind these professional achievements is a person who has lived his life with gusto. 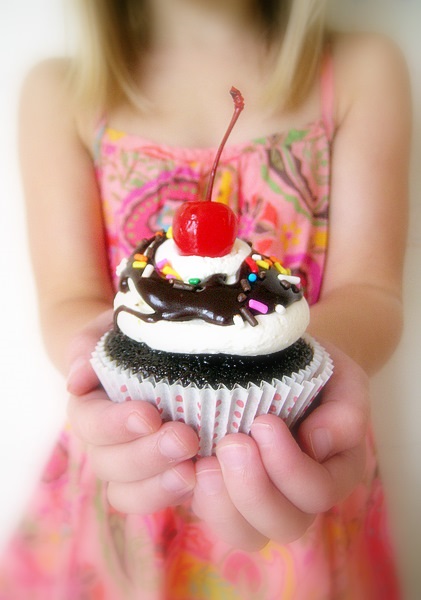 Next article COCINISTA: A PROFILE IN CREATIVE BUSINESS »