THE GRAN VIA AND THE MADRID CENTRAL ¡QUE GUAY! 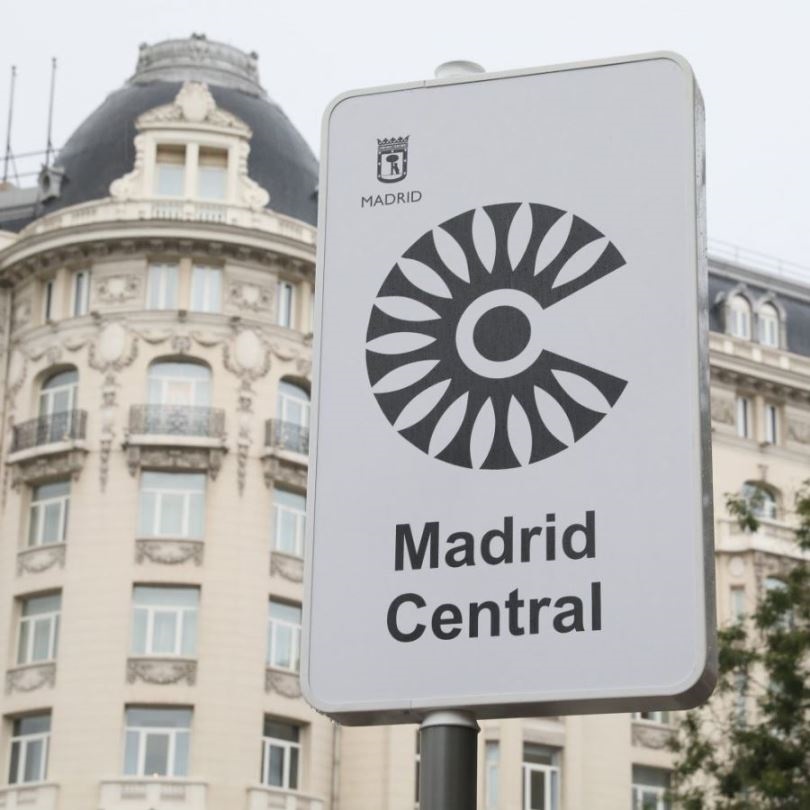 THE GRAN VIA AND THE MADRID CENTRAL ¡QUE GUAY!

You’ve been hearing and will continue to hear about Madrid Central which will drastically change the flow of traffic in the heart of the nation’s capital – and ultimately give the Madrileños clean air. An estimated two thousand  air-pollution related deaths occur in Madrid yearly. (On the national scale, the figure is 30,000 according to the European Environment Agency.) It will take some time and an ironclad commitment by local politicians to reverse the situation. But in Madrid, the process has begun.

As expected, the radical measure isn’t everyone’s cup of tea. Where, before, there were six traffic lanes on Gran Via, there are now only four, two in each direction. What the cars lost, the pedestrians gained, infuriating car and cab drivers while allowing people to walk around with happy faces, obviously less stressed out. All that pedestrian room! 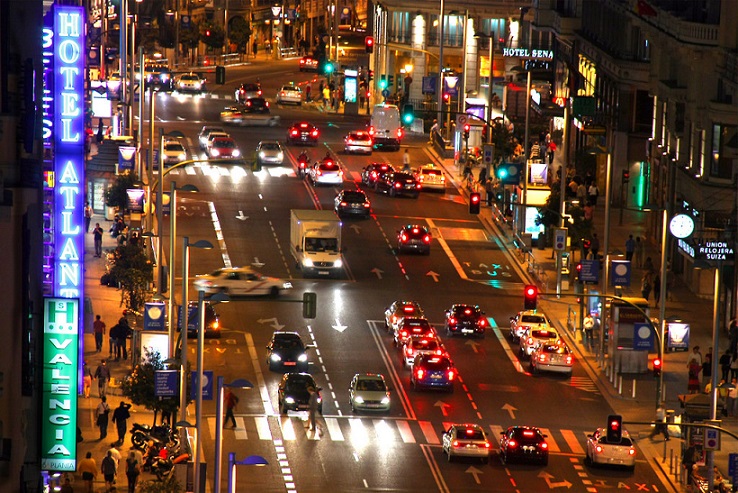 Guidepost did an informal survey on the inauguration of the widened sidewalks of Gran Via last 23 November.  The inaugural turnout at the vortex of Madrid’s most important commercial and tourist area was massive, the ambiance decidedly one of fiesta.

The dichotomy of the huge crowd’s feelings about the “new” Gran Vía could be summed up by the two opposing phrases that we’ve caught in the crowd. (1) “Que guay, tío; que guay Gran Via (Man, it’s cool. Gran Vía is cool)!”  (2) “Nos han jorobado la vida (They’ve ruined our lives).”

The former was far and away what reflected the prevailing sentiment.

The remake of the hundred year old Gran Via is part of the city’s broader plan, the Madrid Central, the Central Area of Low Emissions where pollutant traffic will eventually be phased out. More than 72% of movements in Madrid’s central hub are owing to internal combustion cars. Imagine a place without them. Paradise recouped!

Madrid Central will be launched today, 30 November 2018. It is the first step in the implementation of City of Madrid’s Air Quality and Climate Change Plan for which Paz Valiente, the Coordinator-General of the Environment and Mobility for the Madrid City Council, says “there is no Plan B.”

To borrow Nike’s slogan, they’re going to “Just do it.”

According to Valiente, the Madrid Council can no longer turn a blind eye to the problem. And half-baked measures won’t work at this late stage. 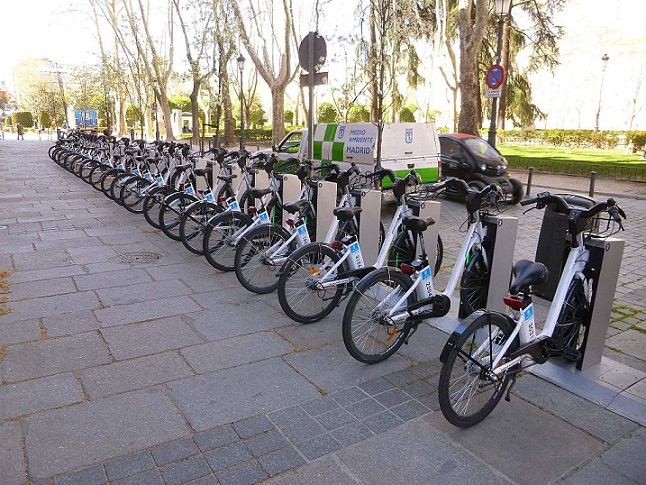 BiciMAD, a bicycle-sharing system owned by the City Council of Madrid

After examining Madrid’s Emissions Inventory, the city government came to the conclusion that road traffic, such as it is now, is the main source of the toxic nitrogen oxide emissions, gushing out 51.4% of the emission total. Away with it then!

Madrid Central prioritizes the pedestrian, the bicycle (the City Council hopes to double the number of BiciMAD bikes to 4,000 and have more than 350 docking stations by next year), and public transport all of whose fleet will soon be running on renewable energy. Madrid Central is also open to the shared electric vehicle (EV) systems.

By implementing its Air Quality and Climate Change Plan, which starts with Madrid Central, Madrid is simply complying with the EU Climate legislation which the nation’s capital has repeatedly violated since 2010. 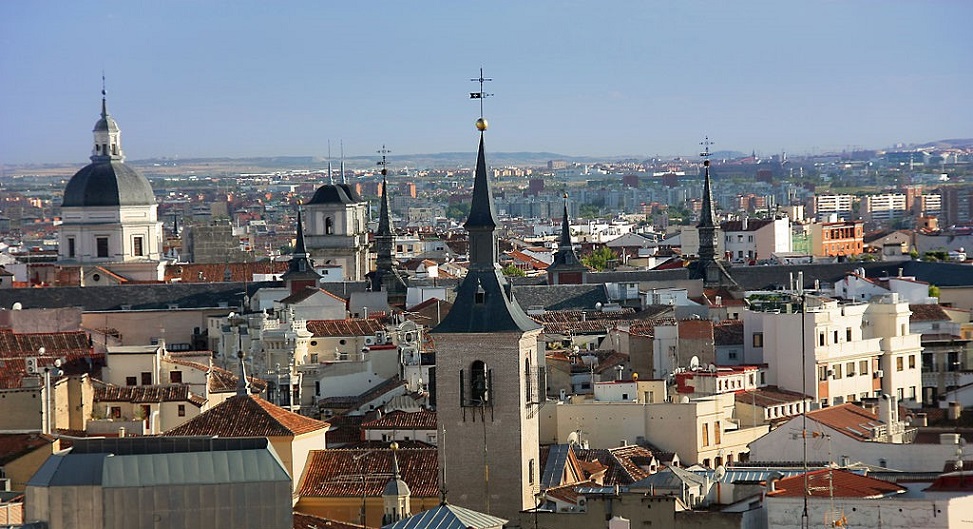 Madrid Central covers an area of 472 hectares (1166 acres). It is roughly coterminous with the Centro district and includes the “beltlines” in the urban center (boulevards and avenues).

The full implementation of Madrid Central won’t come in one fell swoop; fines won’t be levied on offenders till March 2019, for instance.   Just the same, it won’t be long now before the unrestricted traffic of any which vehicle in the area  will be a thing of the past. There’s a bright light at the end of the tunnel.

There will be exceptions to the traffic restriction.  The vehicles owned by duly registered residents in the area, persons with limited mobility, and security and emergency services will be allowed to access Madrid Central. So will delivery vans, albeit with strict time limit. The rest of the vehicles may access the area if they are zero-emission or carry special environmental labels, but only to and from designated parking lots. 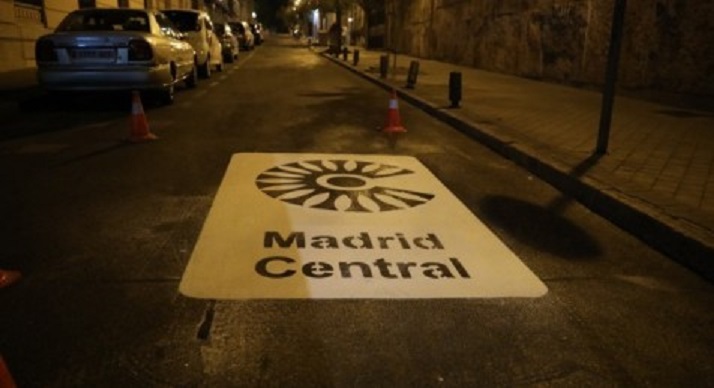 It’s a realistic bid to humanize the city; it will make it possible for the Madrileños and tourists to breathe cleaner air at last and enjoy a more modern and more sustainable city.

For comprehensive info on Madrid Central, check out places such as  Endesa, the City Government’s official website as well as 20 Minutos.

The last two are in Spanish, but who’s afraid of the native tongue?
–
Related post: Gran Via, Asphalt Jungle No More 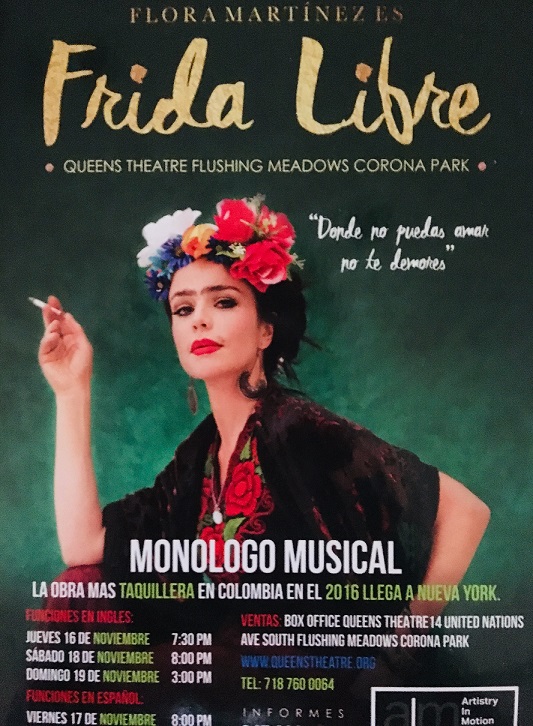