THE FIRST EMPEROR’S ARMY IS LAYING SIEGE ON MADRID ! 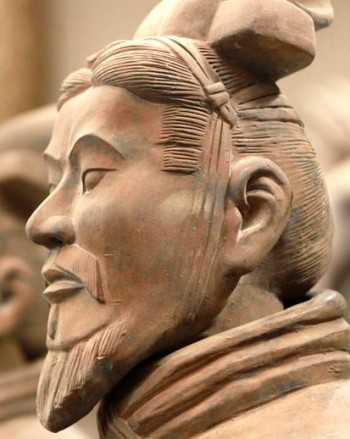 It’s not every day that farmers digging a well for precious water dig out lifesize terracotta soldiers and horses buried for a couple of millenia instead. But that’s what the peasants of  Xi’an, the province of Shaanxi in northwestern China, did in 1974. And that’s how one of the greatest archaeological discoveries of modern times came about. The site is close to the sealed tomb of Qin Shi Huangdi which means the First Sovereign Emperor of Qin (a.k.a. Chin).

The tomb of Qin Shi Huangdi

And now hotels and the inevitable souvenir shops selling pottery figures are competing with the agricultural produce of the province, not to mention the four-acre Museum of the Terracotta Army constructed around the discovery site and opened in 1979, thus giving visitors from all over the world the privilege of meeting the (clay) warriors from different regions of China standing in formation, complete with their caps, their tunics and their goatees. In another part of the museum the warriors appear as they were when they were found, some standing upright, half-buried in soil, others lying toppled beside fallen and broken clay horses.

It is believed that the underground realm discovered in the site, a necropolis complex for the emperor, is a miniature replica of Qin Shi Huangdi’s imperial palace compound, “an imitation of the real organization in the Qin dynasty,” as Duan Qingbo, head of the excavation team at the Shaanxi Provincial Research Institute for Archaeology, puts it. The construction of the complex started in 246 BC, as soon as Qin, then 13 years old, ascended the throne. This incredible terracotta realm of underground vaults occupying an area of 22 square miles, many of which have yet to be excavated, has halls, offices, stables and other structures within solidly built, reinforced earthen walls and is peopled not only by the estimated 7000 clay soldiers and officers (only some 2000 have been unearthed),  acrobats and musicians, and horses, some drawing ten-foot long chariots, but also by lifelike waterfowl. The seemingly unusual presence of the waterfowl might be better understood when one took into account that underground springs and watercourses abound in the region.

Where before China could only count on the Great Wall and Beijing’s Forbidden City for premier tourist attractions, now the site has joined the magnificent ranks. And it too has been proclaimed by UNESCO as World Heritage Site. Moreover, in 2010 the official excavation team headed up by archaeologist Xu Weihong was recipient of the Prince of Asturias Award for the Social Sciences  (“premio príncipe de Asturias de Ciencias Sociales“).

Incidentally, it was the First Emperor who initiated the construction of the Great Wall.

At first, this priceless archaeological find only pointed to a typically warmongering king during the Era of Warring States in ancient China who conquered the vast land with his powerful and numerous army and proclaimed himself First Emperor. But in recent years, as the archaeologists dug farther into the pits, they found that Qin Shi Huangdi also introduced a whole new political system and a civil administration that held China together for centuries. Without discounting the fact that he was a tyrannical ruler, his was the reign that first introduced not only standard weights and measures but a uniform writing script. He implemented what we would now call the mass-production method with rudimentary assembly lines so that in those ancient times Qin’s kingdom was already producing what looked vaguely like the crude precursor of today’s cars.

Need we say more? Ready to pack your bags and fly to China if not this minute then the next but for some reason you can’t board that plane? Don’t distress yourself. The imperial warriors are coming to Madrid on the 28th of October and won’t be in a hurry to leave. The mountain is coming to Mahomet since Mahomet can’t go to the mountain!

Qin’s clay soldier and his horse

Viewing of the exhibition is estimated to take two hours, during which a documentary on the discovery of the Terracotta Warriors will be projected.

Where and when to buy the tickets: At the exhibition or online at www.entradas.com. The tickets have been  on sale since 27 September.
Reservation for groups:  exposiciones@letsgocompany.com or tel. 91 521 69 11.

The travelling Terracotta Warriors exhibitions are hugely popular wherever they are held. The special “First Emperor: China’s Terracotta Army” exhiibition at the British Museum from September 2007 to April 2008 made the museum  the top cultural attraction in the UK between 2007 and 2008.  It brought the biggest number of visitors to the British Museum since the King  Tutankhamun (Egyptian pharaoh) exhibition in 1972 and was responsible for making 2008 the museum’s most successful year.

The Terracotta Warriors exhibitions at the Forum de Barcelona, and at the Fundación Canal de Isabel II in Madrid, in May – Septemer 2004 and October 2004 –  January 2005 respectively, drew the largest number of visitors ever to the two museums.

The Terracotta Warriors have been exhibited in several museums in the United States and Canada (National Geographic Society Museum in Washington DC, the Houston Museum of Natural Science, Royal Ontario Museum, etc.) as well as Europe (Museum of Far Eastern Antiquities, Sweden; Art Gallery of New South Wales, etc.). In Latin America too.

Before coming to Madrid for the Oct 2013 – February 2014 exhibition  the Terracotta Warriors was a huge success at The Hague and other European major cities. In 2014 the Warrirors will be leaving Spain for the U.S. again.

Previous article « GRAN VIA BACK TO BACK I 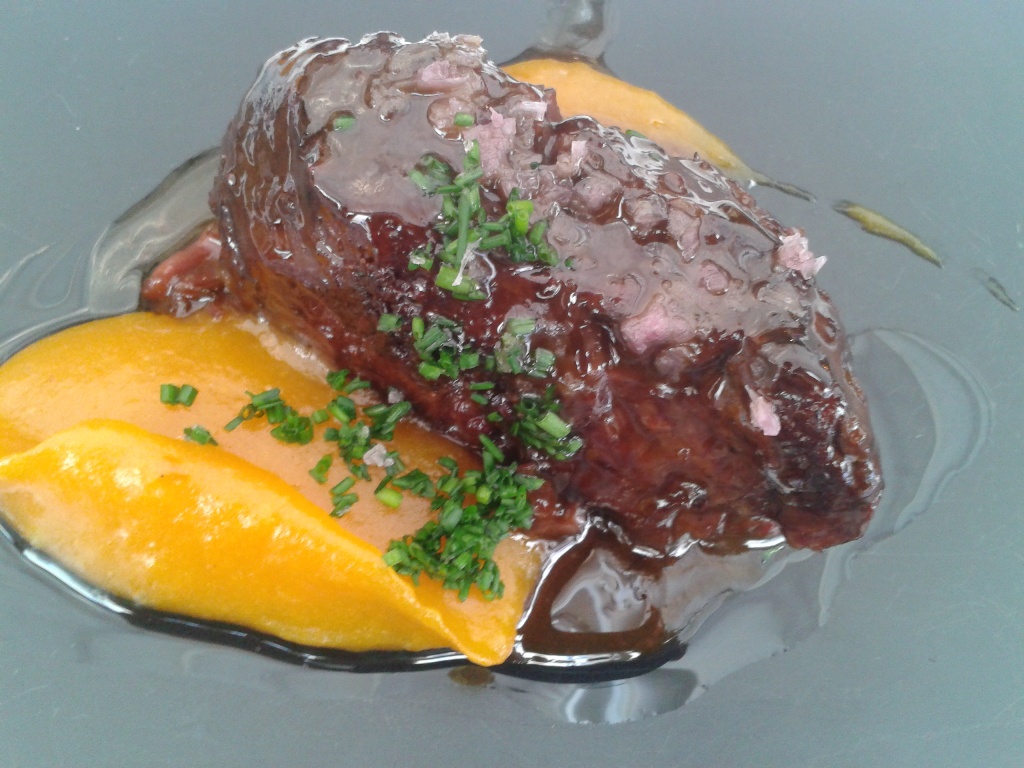