THE FALL SYNDROME: It Can’t Be that Bad at the CentroCentro Movies! 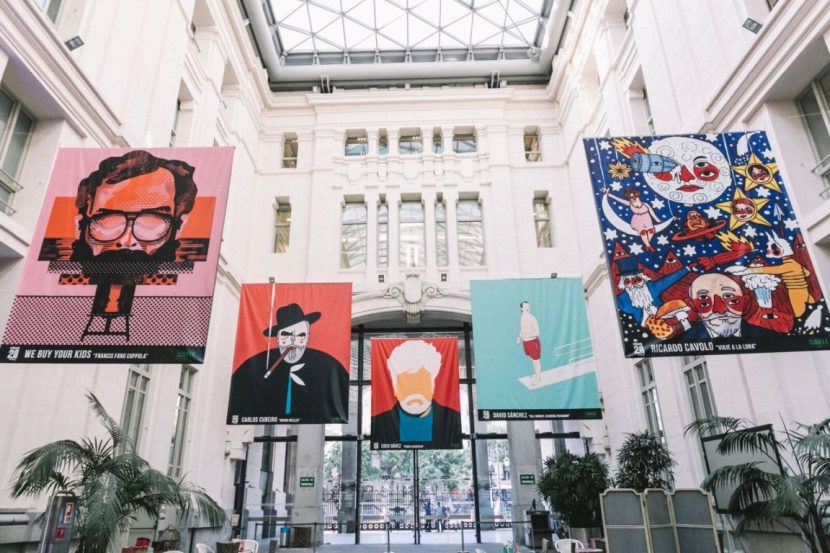 Almost everyone is now heading back to the asphalt jungle, leaving behind Spain’s sunny sandy beaches. I remember the summers I spent in Marbella not so long ago, particularly late August when the ritzy piece of the Costa del Sol disgorges its deep-pocketed holidaymakers and a definite desolate feel descends on the deserted sand. A gloom that is intrinsic to a resort town at the end of the season.

That’s on one side of the scenario I’m painting here. On the other is Madrid, a “regular” city swelling back to its normal size where before, at the height of summer, it was a virtual ghost town. Not as abandoned as it used to be between the 1960s and the 1980s when it really got emptied out for the duration, but there’s still a very perceptible slimming of the populace.

So you’re one of those who have returned to the capital after vacationing somewhere carefree and glorious and think all that’s waiting for you here is drudgery? You won’t even compromise and say the bottle is really just half-empty? But of course deep down you know it’s a false notion. Nothing is absolutely bad. All that depressing totally empty bottle is imaginary, fruit of post-holiday syndrome and even disgruntled you will have to admit it. 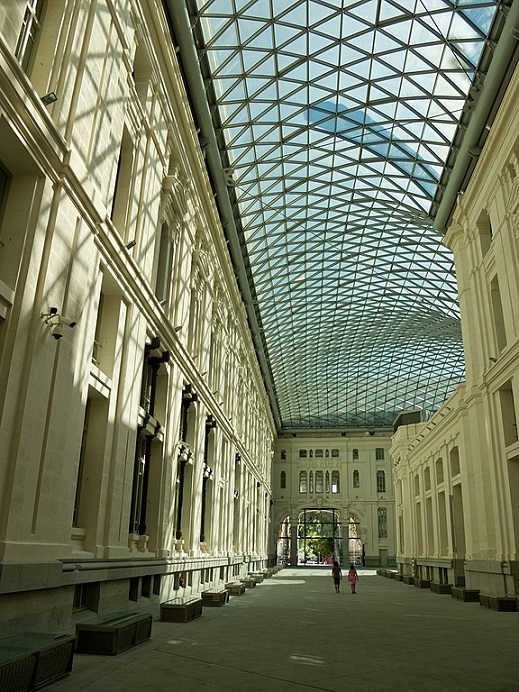 Anybody could tick off any number of welcome-back amusements to ease the nasty landing if they would only look around. There are so many of those. But we can only suggest one at a time!

How about heading straight for Cibeles de Cine? It’s held beneath the magnificent dome of the Glass Gallery in the beautiful Palacio de Cibeles’ CentroCentro, the summer cinema with more than 90 blockbuster movies, cult titles and some of the best classics of all time, all in OV! (Address: Plaza Cibeles 1, 28014 Madrid.)

Managed by Sunset Cinema, Cibeles de Cine is on its fifth edition this year which started off last 29 June and will still be on come 9 September for after you’ve shoved your suitcases onto the hall of your apartment and want to get out fast – a bad case of claustrophobia after basking in wide open spaces. It’s open every night of the week at 8 pm. The movies reel off at 22:00 with Fridays and Saturdays featuring double sessions, the second movie slated for midnight. 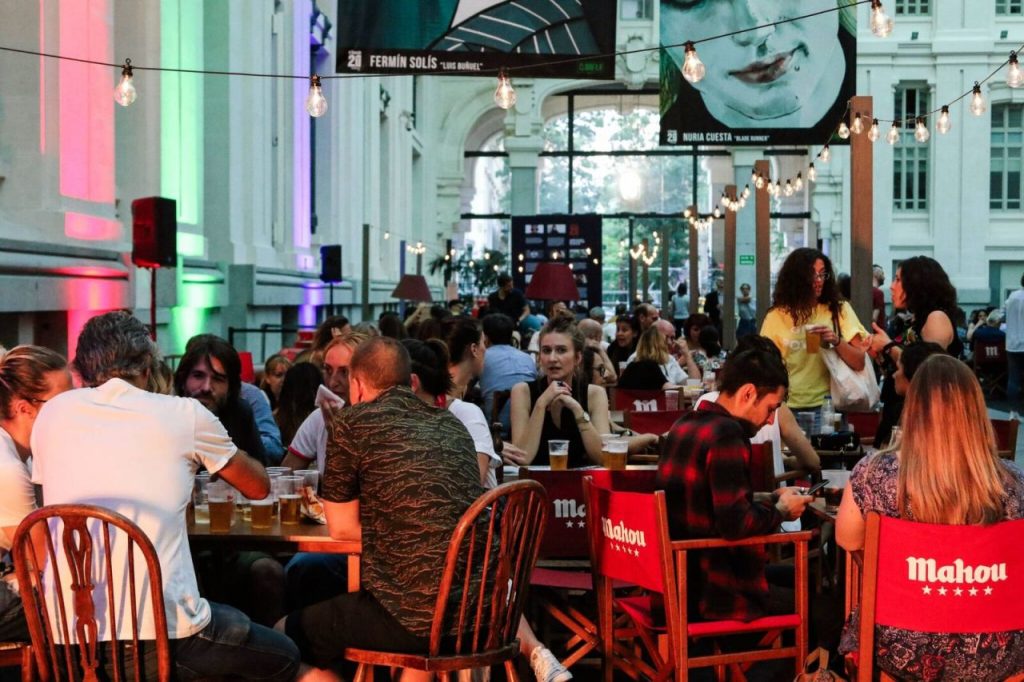 Mojitos and gin tonics to hand

Between 8 and 10 pm, you can also have the privilege of switching off the city at the Bar & Lounge adorned with props used in sets of the most important films in the Spanish cinematography, beers, mojitos and gin tonics to hand.

Surely, this can’t fail to induce an upbeat mood! 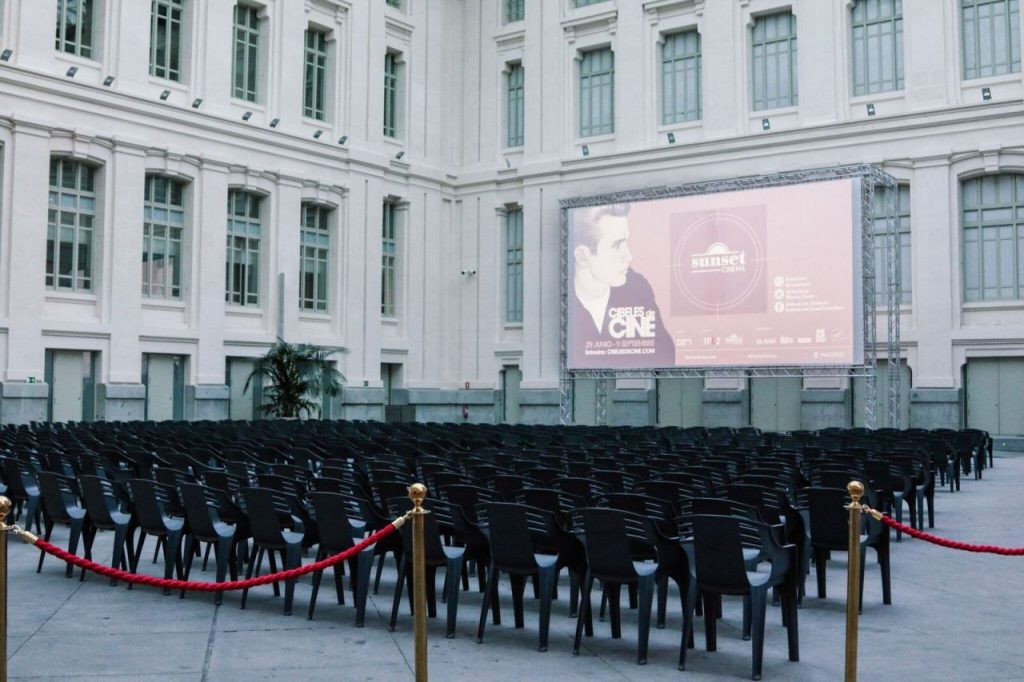 The Gallery can hold 700 moviegoers

Basic price is €6; €5 on the dia del espectador Mondays; €12 if you want movie+dinner; and €15 for a double session that comes with two drinks. (Buy tickets.) 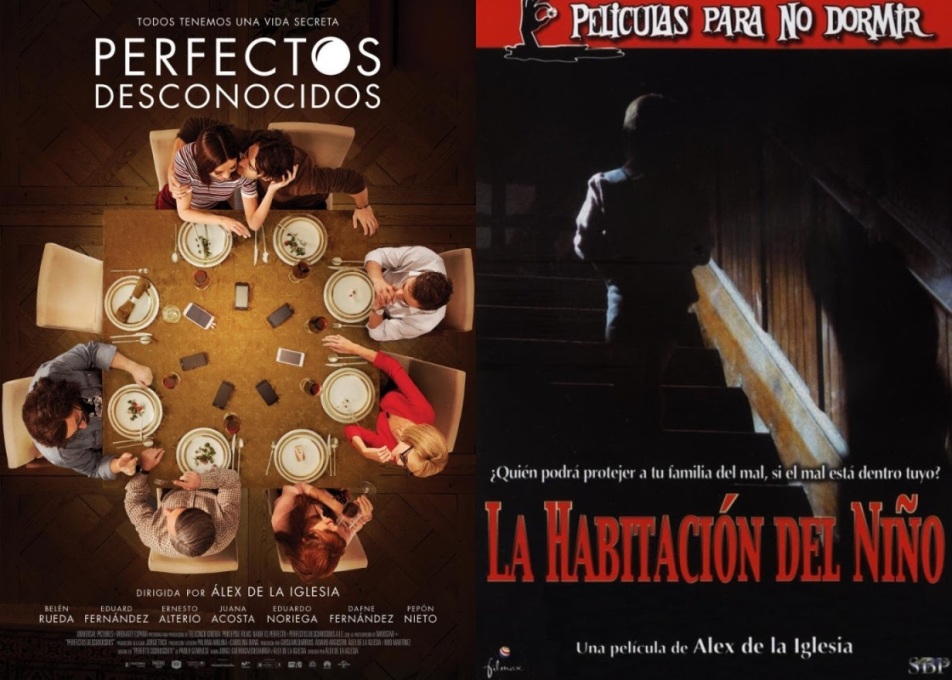 Cibeles de Cine has delightfully varied offers until it packs up on, as said, the 9th of September. As a sample, here’s what’s on for Wednesday, 29 August: La gran noche de Alex de la Iglesia, a tribute to one of Spain’s most prolific actor-director-producers. On the big screen will be his latest hit, Perfectos desconocidos (2017), as well as La habitación del niño (2006). These two form part of Cibeles de Cine’s Peliculas para no dormir.

Ironical as it may be, isn’t this session just perfect for your first night back in Madrid when insomnia will have predictably taken hold of you?

Alex de la Iglesia himself will raise the curtain and mc the program for the double session. At 10 pm he’ll present Perfectos desconocidos to the spectators. After the movie, at around midnight, the spectators can chat with him and with some of the actors in La habitación del niño. The screening of the latter follows this special intermezzo with the director and some of its cast. 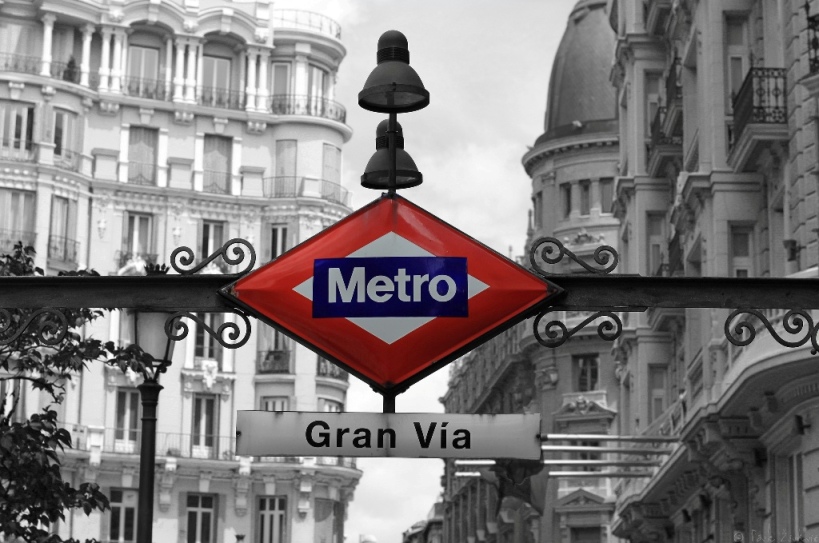 Previous article « JUST SO YOU KNOW: THE GRAN VIA METRO STATION IN MADRID IS CLOSED TILL 13 APRIL 2019 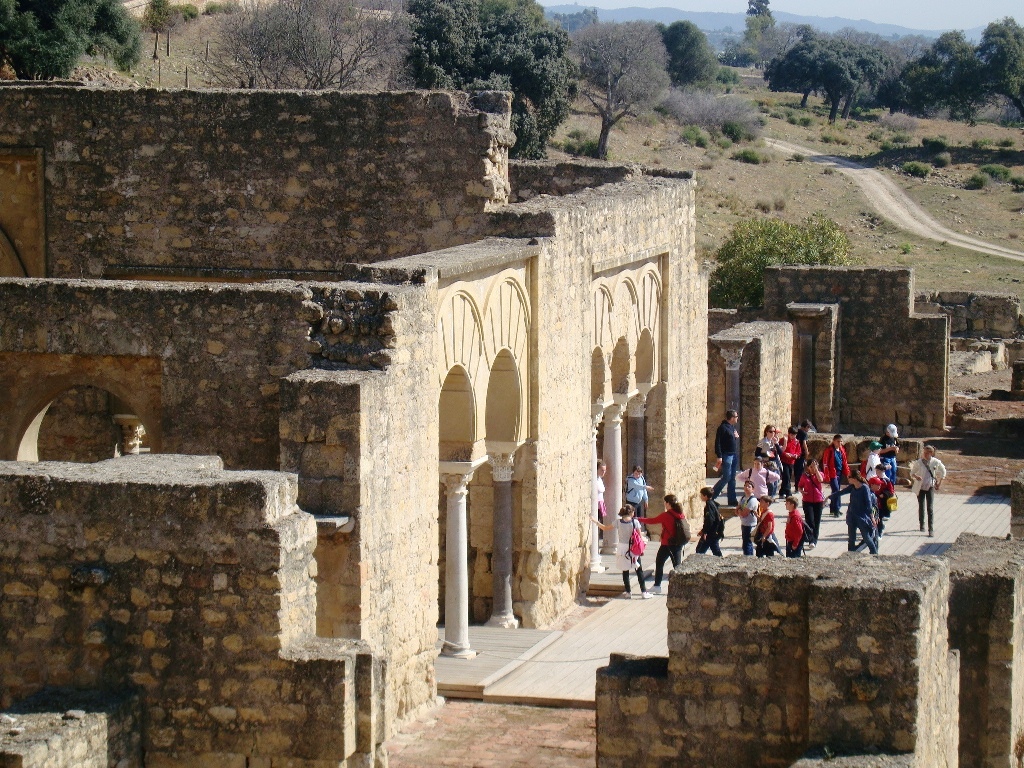 Next article THE AMAZING MEDINA AZAHARA, A WORLD HERITAGE SITE »