THE EXOTIC YUKATA, YOUR TICKET TO ELEGANCE AND COMFORT THIS SUMMER

Yukata! That’s the traditional Japanese summer get-up. It’s kimono but more casual. Less elaborate. It makes for great comfort. And Japanese outfitters say it makes women look particularly
beautiful. Not that the yukata is for girls only. It’s for the male of the species too.

It’s summer. In the Western Hemisphere, that is. Literature of almost every imaginable genre in these parts compulsively tell their readers (they can’t help themselves!) what to wear – on the beach, at concerts indoor and out, formal and informal parties, absolutely any- and everywhere . . . 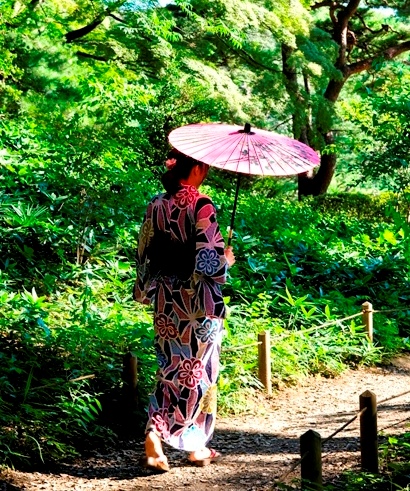 Japanese woman in yukata taking an elegant walk in the Rikugien Garden, Tokyo

The irresistibility of it! And here’s one more: summer wear from Japan. It’s summer way out there in that Far Eastern country too, with July and August the hottest and most humid times of the year, the temperatures between 70° and 90°F. Just like some countries in Europe and elsewhere. And of course it could get really uncomfortable if you donned the wrong kind of garment.

So let’s get clued in by the sagacious Japanese and borrow some of their ideas about dressing up elegantly and still be comfortable.

Here goes. Yukata!  That’s the traditional Japanese summer get-up. It’s kimono but more casual. Less elaborate. It makes for great comfort. And Japanese outfitters say it moreover makes women look particularly beautiful since it draws out their charm. This has something to do with the cut. Like the kimono that it is, a summer kimono, it’s loose fit at the top and the bottom. That makes it unbecoming to indulge in abrupt and extravagant gestures. On the other hand, yukata encourages women to walk in small short steps. A refined behavior. Feminine charm. That, at least, is what the Japanese think. 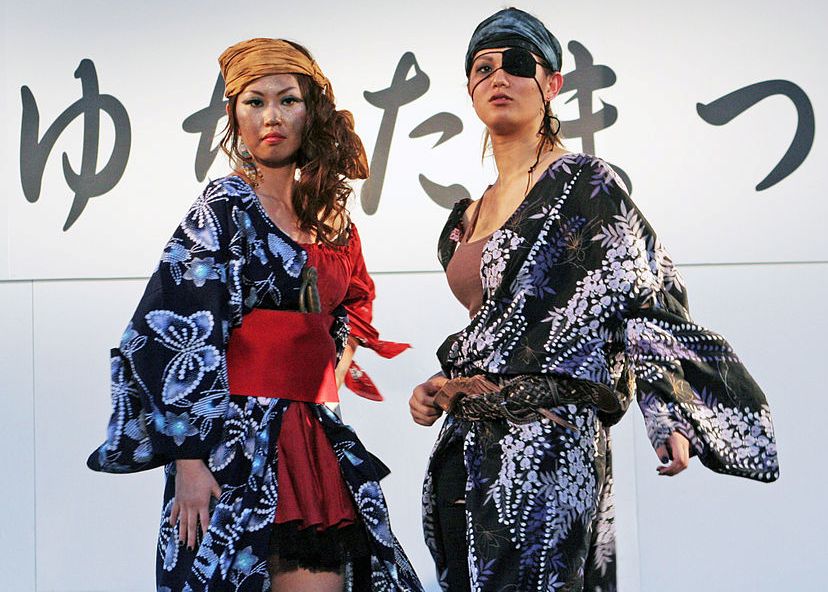 The yukata is quite popular among young Japanese women when primping for special summer events like the matsuris. These are thanksgiving festivals where, typically, some of the men carry the mikoshi, the image of the guardian god, while others, boys and girls, dance along.

This mix of religious ritual (Shinto or Buddhist) and merrymaking may be big events like Kyoto’s Gion Matsuri, Osaka’s Tenjin Matsuri and Aomori’s Nebuta Matsuri or little neighborhood festivals celebrated all over Japan, bringing the young and the old together so that the community is united in a lively atmosphere. 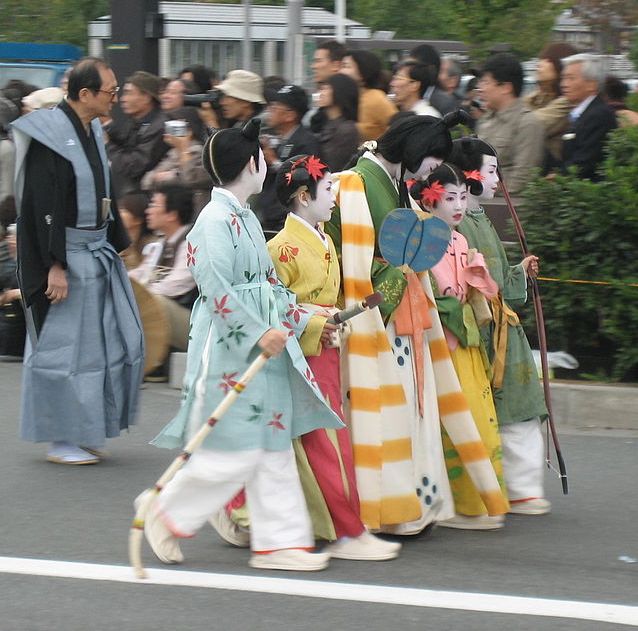 The Japanese also derive great pleasure from wearing the yukata to the fireworks extravaganzas that enliven summer in their country.

Sure, yukata is a traditional wear. It dates back to more than a thousand years when members of the nobility wore it on their way to and from the bath. Then from the 17th to the 19th century “liberalization” took place and the common folk got to wear the yukata too. And so on till we reach today when Japanese girls could give their imagination free rein and the casual outfit gets jazzed up with vivid modern colors and bold patterns.

The obi (sash) and the geta (thong clogs; they used to be strictly wooden but not anymore) get special attention from the girls as these provide an opportunity to embellish the yukata with daring accents. The obi aside, it’s important that the feet are shod elegantly even when the wearer attaches outlandish adornments to the geta. 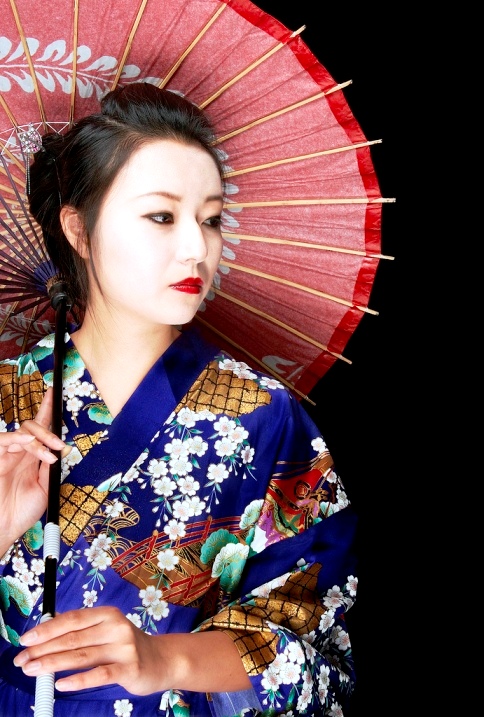 Yukata is so much associated with girls but. . .

So casual could the yukata be that it doesn’t have to be worn with juban (the kimono underwear) and socks (tabi). But you could still pin big flowers (akanzashi) on your hair. 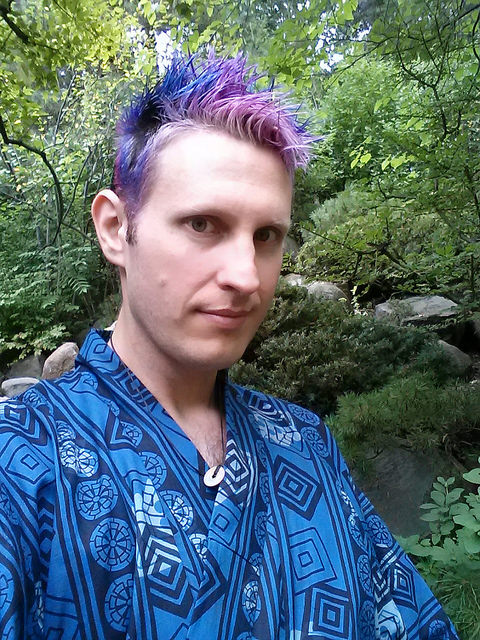 Traditionally, flower and grass against a white or indigo cotton fabric were central yukata motifs. You could hardly get more summery than that! But now a wide range of hitherto untried patterns and colors have broken in, making the yukata a fun and exciting outfit.

Yukata is so much associated with girls one forgets it’s for the male of the species too.

The capacity of the millennial yukata to evolve almost certainly will ensure its permanence on the summer scene. You might want to give it a try!

Tie the bow of the obi at the back unless you want to send a wrong message!

How to wear the yukata

Wrap the left side of the kimono over the right side and secure it with an obi tied in a bow. Beware of wearing the bow in front! Historically, bows tied in front indicate prostitution. Place the bow in the back then, if you don’t want to send the wrong message.

In the privacy of your home or some such place, the yukata may simply be belted on. 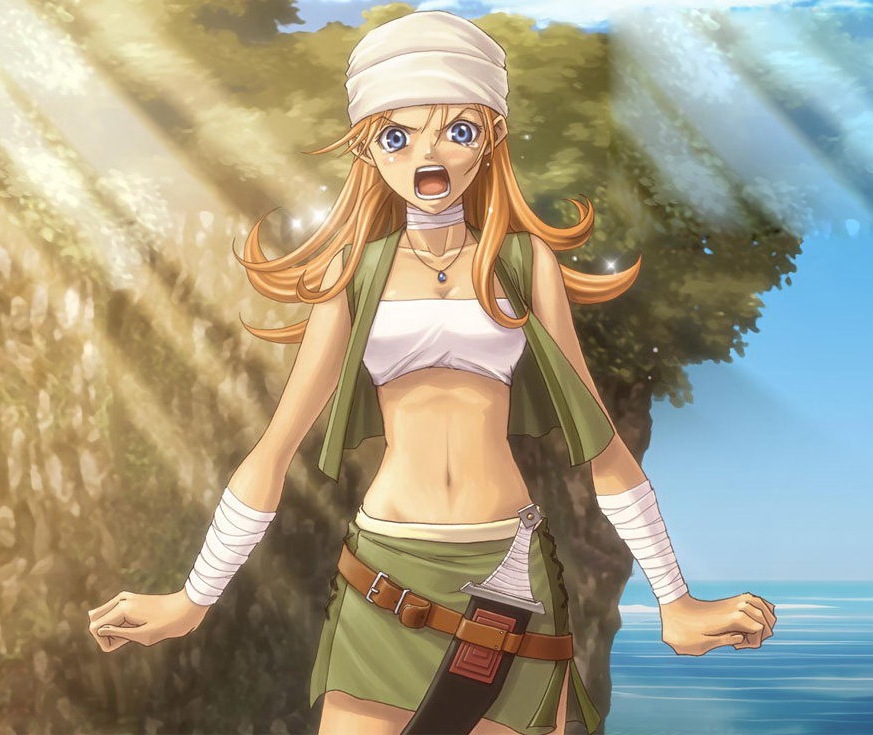 Previous article « HELL HATH NO FURY LIKE A WOMAN SCORNED 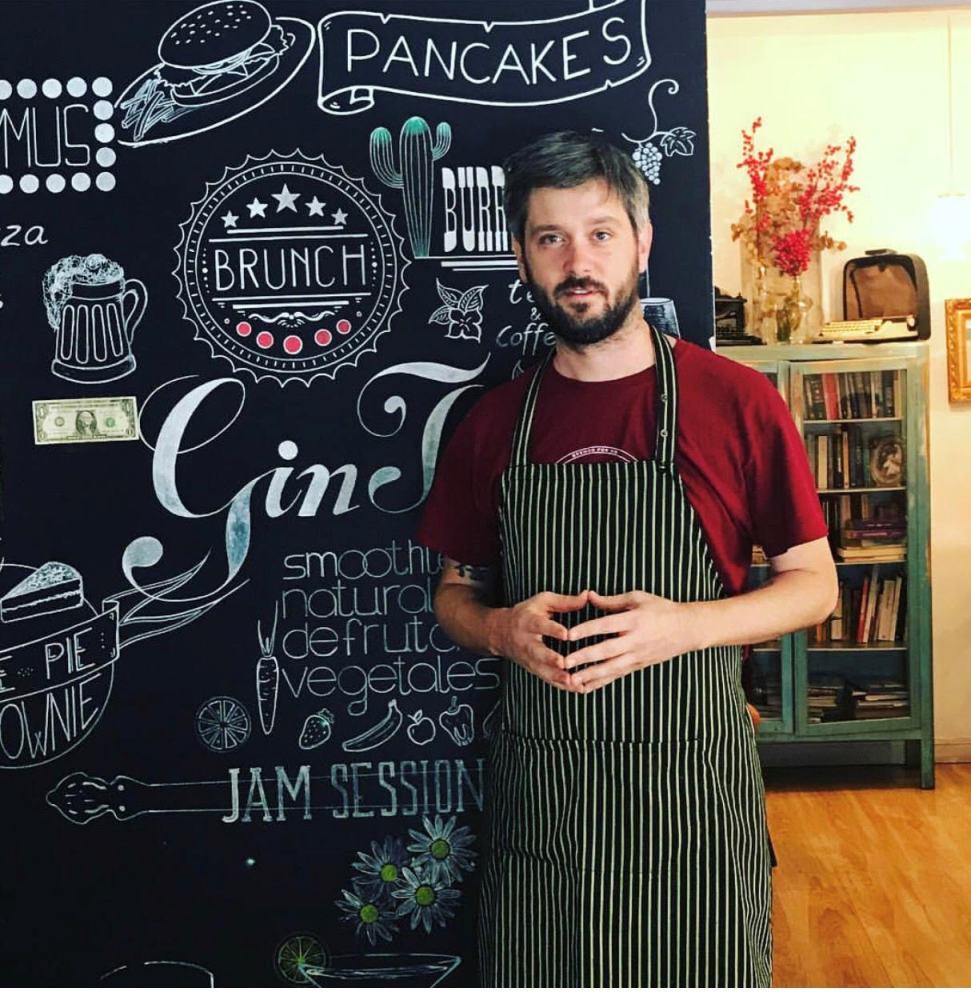 Next article YOU’RE IN MADRID & WANT TRUSTY AMERICAN MENU WITH A TWIST? CHECK IT OUT WITH RYAN DAY! »