That will be on the 20th of March — the day when La Filarmonica will present a sold-out non-season-ticket concert. The Marynsky Theater Symphony Orchestra of St. Petersburg, the conductor Valery Gergiev, and the Orfeon Donostiarra will perform the last and most famous Beethoven symphony, the monumental Ninth.

The concert is part of a Spanish tour which includes Pamplona and Santander where the orchestra will play the Ninth with the Orfeon of Pamplona and the Choral Society of Bilbao respectively, and Barcelona and Oviedo with two programs dedicated to Wagner.

The Marynsky Theater Symphony Orchestra, one of the oldest in Russia whose origins could be traced back to the 18th century, is conducted by Maestro Valery Gergiev since 1988 who, moreover, will be the new conductor of the Munich Philharmonic Orchestra come the end of 2015. Under his baton the Marynsky has become one of the finest symphony orchestras in the world. With the inauguration of its new concert hall in 2013, the Marynsky has become the largest theater and concert complex in Russia.

The choral part of the Ninth will be performed by the prestigious Orfeon Donostiarra, considered the most important choral group in Spain. The soloists, whose impressive credentials revolve around their membership in the Pamplona company and the Marynsky Theater Opera Academy, are the soprano Victoria Yasrebova, the mezzo soprano Yulia Matochkina, the tenor Dmitry Voropaev and the bass Mikhail Petreno.

The concert will begin with the outstanding Russian pianist Denis Matsuev who is habitually invited to the principal music festivals and piano cycles of the world. On this occasion he will perform Shostakovich’s Piano Concerto Nº 2.

La Filarmonica is just as admirably “guilty” of bringing  Daniele Gatti back to Spain. The conductor of the French National Orchestra will perform Tchaikovsky’s Fourth Symphony.

Gatti, who is also the new conductor of Amsterdam’s Concertgebouw, is one of the most renowned conductors of his generation. In the concert he will delve deeply into the private world of Tchaikovsky through his Fourth Symphony which is one of the composer’s most convulsive and intimate pieces. He will then complete the program with works of Debussy and Ravel.

The concert in Madrid is part of the Spanish tour which includes Barcelona and Valencia where the program is just as specially dedicated to Tchaikovsky.

As conductor of the French National Orchestra since 2008, Daniele Gatti has forged a career which has made him in a short time one of the most outstanding conductors of his generation. At the end of 2014 he was named the new conductor of the prestigious Amsterdam Concertgehouw. He is one of the few Italian conductors invited to the Bayreuth Festival where he opened the 2008 edition with a new production of Parcifal. 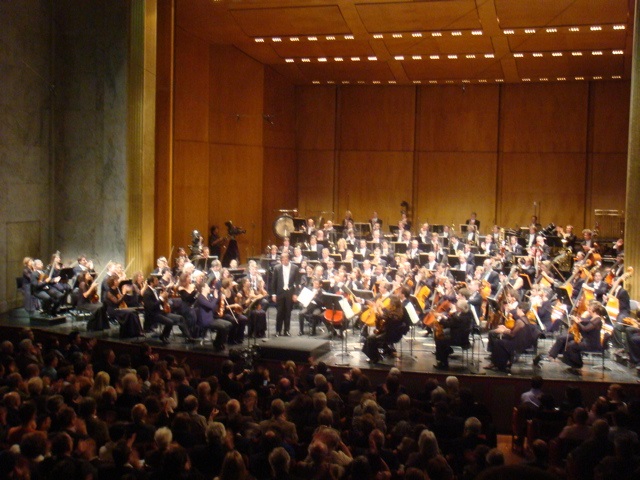 Speaking of the French National Orchestra: The Orchestra is the great permanent symphony orchestra created in France in 1934 and along its history it has had renowned conductors such as Celibidache, Maazel, Dutoit, and Masur. Since November 2014 it has a new headquarters, the “Auditorium”, located within the Maison de Radio France with an amphitheater designed to bring the spectators and the performers closer together.

The program: The program on the 25th of March will be completed with two pieces of great French composers, Claude Debussy’s Le Mer, one of the representatives par excellence of impressionism, and Maurice Ravel’s La Valse which aspires to be a homage to Strauss.

Previous article « EDITOR’S BLOG: Will the Three Horsewomen Defy the Apocalypse?
Next article STATESIDE STORIES: Everyone is Irish on St. Patrick’s Day »