THE BATTLE OF THE CHRISTMAS TREE 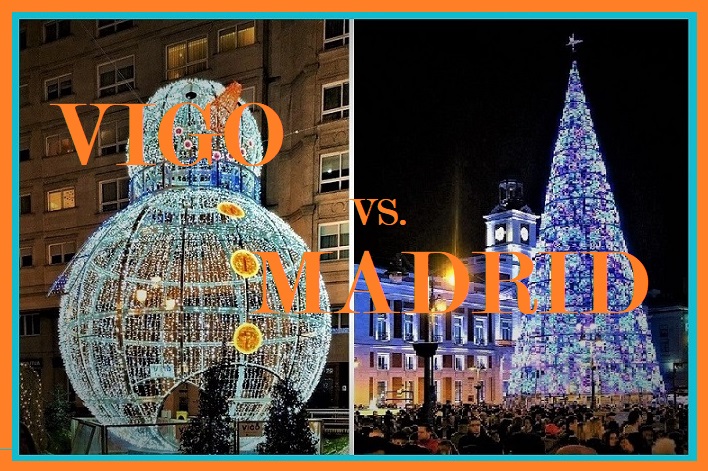 Martinez Almeida warned that “the Christmas lights in Madrid will shine so bright you’ll be able to see them in Vigo.” Caballero shot back: “Don’t even dream of competing with me. New York tried and lost.”

Nice to know Spanish politicians could argue about other things than which political party is more corrupt – the rival party, obviously! In the heyday of Spain’s two-party system, corruption was the bane of the Spanish political life though it wasn’t until the system splintered into several parties in the recent elections that it got “proper” airing. Today, virulent accusations fly back and forth: the leftists, represented hegemonically by the Socialist Party (PSOE) in the old two-party system, is guilty of the biggest corruption scandal in the history of Spain, according to the Popular Party (PP), the right-wing equivalent of PSOE who responds by asserting PP is the most corrupt party in Europe.

But now it’s Christmastime and there are “better” things to squabble about. 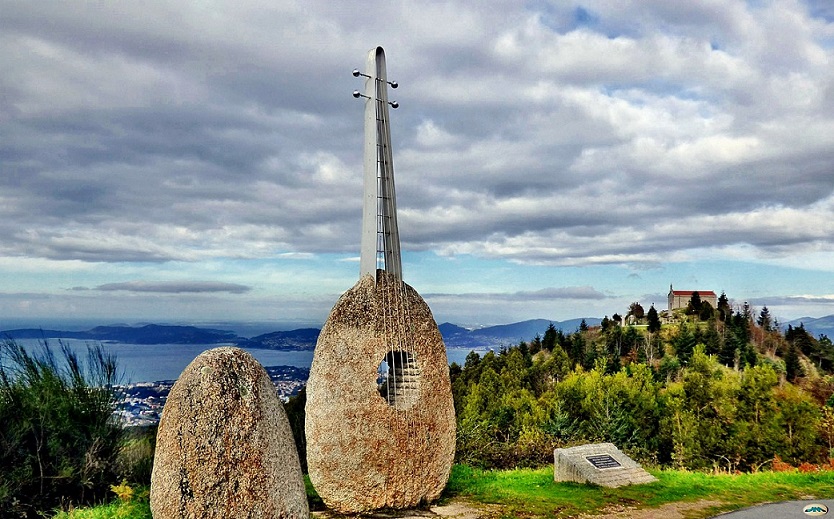 The city of Vigo is in the Galician province of Pontevedra, a most rainy area in Europe. Its climate is a variant of the oceanic climate in the Pacific Northwest region of North America. But no amount of humidity can dampen the spirit of the vigueses. The extreme rainfall in winter is a spur, not a stultifying disincentive.  In an effort to drive away the gloom in the cold and wet city, Vigo has turned to Christmas lights on an ever-larger scale. It’s a good tourism-business proposition too! Since the incumbent mayor, Abel Caballero, came to power in 2007, Vigo is on the map as literally a beacon of light at Christmastime. And, boy, is the mayor proud of it!

The stereotype about the Galicians is that they’re “cagey”. They say that if you meet a Galician on the stairs, you’ll never be able to tell if he was going up or down. Still going by stereotypes, it is said that, historically, the Galicians feel mistreated by the powers in Madrid and in self-defense they have learned to keep their heads down and hide their intentions. But not in Vigo; not the vigueses in the matter of Yuletide illumination.

THE BATTLE OF THE CHRISTMAS TREE 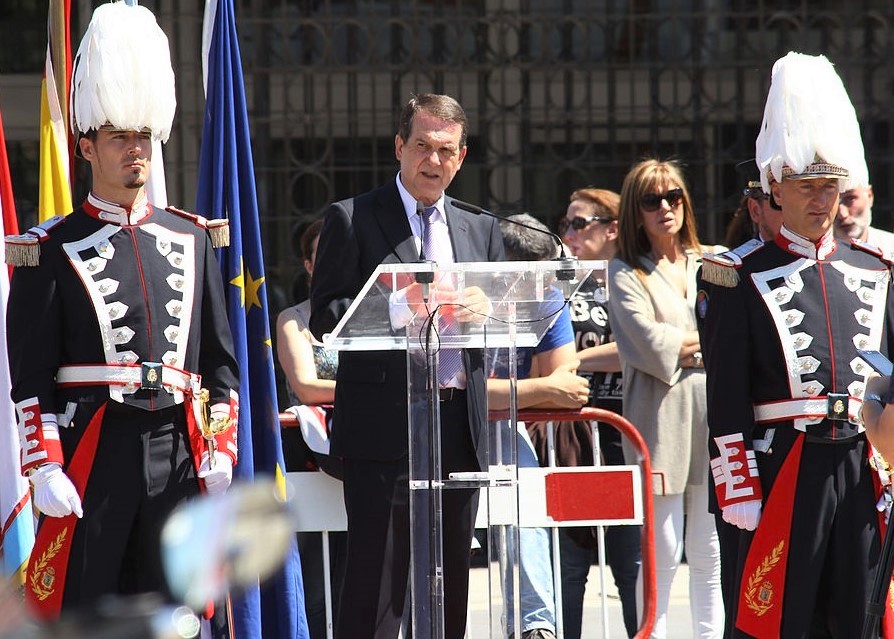 Ten days before summer officially ended, Caballero set the wheels in motion; he said he needed an early start because it takes that long to light up the city with ten million LED bulbs for the Holiday Season.

That September, apprised of what his vigues colleague was up to, Madrid Mayor Jose Luis Martinez Almeida warned: “The Christmas lights in Madrid will shine so bright you’ll be able to see them in Vigo.” Vigo is a good 466 km/290 miles north of Madrid. 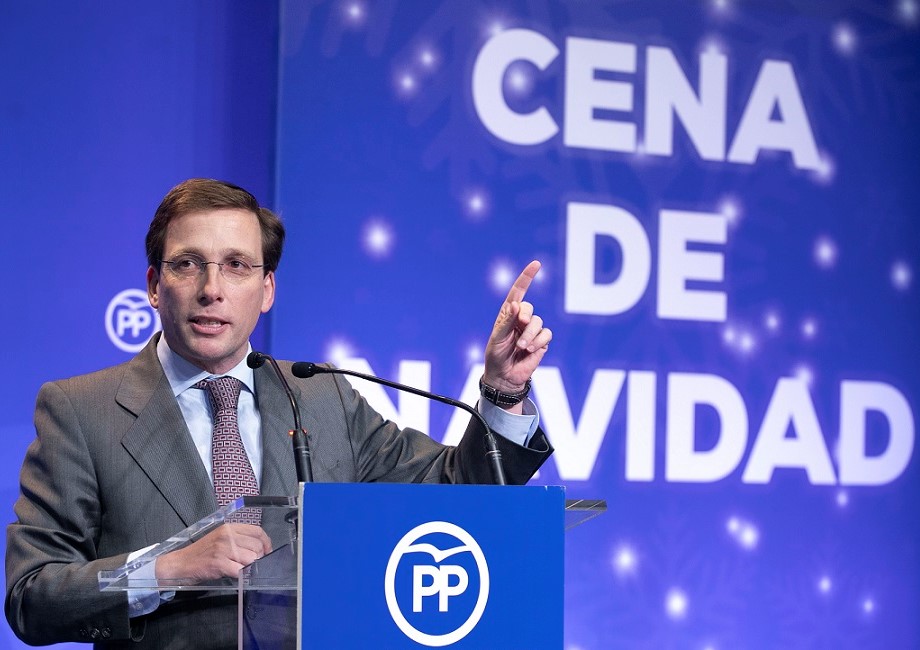 Caballero shot back: “Don’t even dream of competing with me. New York tried and lost.” Then he backpedaled and with uncharacteristic prudence, the exuberant and irrepressible mayor from northern Spain counselled: “Let’s see. We’ll compare the lights when they’re on.”

But the circumspection was short-lived. Quickly, while the summer sun was still scorching the capital, he added, “Since ours are better, I’m inviting all of Madrid and the entire Spain to see for themselves the Christmas lights of Vigo.” 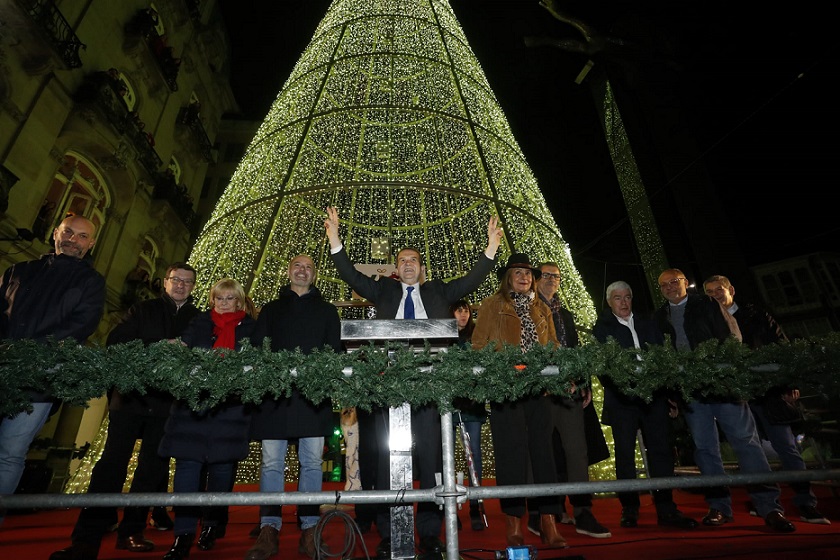 At 8:00 PM on 23 November 2019 Caballero hit the button, making Vigo shimmer with millions of LED bulbs

At 8:00 PM on 23 November 2019 Caballero hit the ceremonial button, making the city he’s so proud of shimmer with millions of LED bulbs, 2700 lighted arches, some 500 lighted trees, more than 300 lighted streets, a Christmas village complete with Santa’s home, outdoor bazaars and a towering Ferris wheel (62 meters high) that takes in up to 192 people, lit by 180,000 LEDs. Caballero has outdone himself.

Last Christmas he promised that Vigo would be the envy of Tokyo and New York. He did deliver a 31-meter high Christmas tree. (The Rockefeller Center Christmas Tree must be at least 65 feet tall and 35 feet wide, but the preferred height is between 75 and 90 feet. In 2018 the tree was 72 feet – nearly 22 m – high. That’s almost ten meters shorter than Caballero’s tree!) 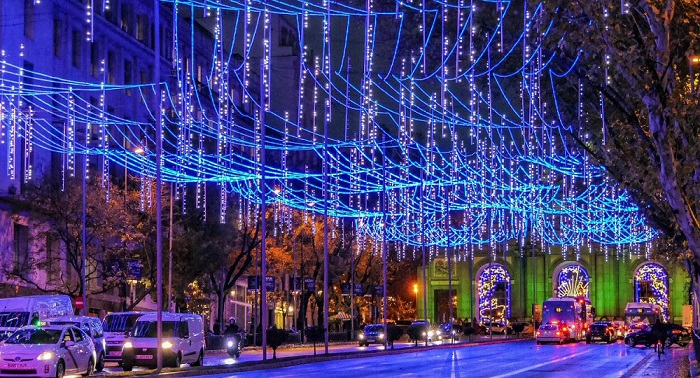 But Madrid put one over Vigo. Mayor Martínez Almeida and Vice Mayor Begoña Villacis jointly flipped the switch, turning on the Christmas lights one day ahead, on Friday the 22nd of November. Immediately after, Villacis threw down the gauntlet: “Vigo, best this!”

Caballero, who was watching the event on TV, laughed at the challenge. In an interview with the TV program Liarla Pardo, the vigues mayor said, “What they’re doing with the Christmas illumination looks good to me and I want to congratulate them. They want to mimic Vigo. I wish them luck. But they should not compare Vigo with Madrid because it’s ridiculous. It’s a losing proposition. That [Christmas] ball they’re passing off as extraordinary is smaller than the ball we have at the end of the street. And we have a Ferris wheel, ice rink…”  A whole gamut of Christmas paraphernalia.

Caballero claims his municipal government spent €800,000 but others point out that the realistic price tag of the whole enterprise is double that amount. The City Hall in Madrid claims, for its part, to have spent just a little over three million, a 27% increase over last Christmas’ expenditure.

The badinage between Vigo and Madrid is all in the spirit of the Holiday Season. Great to hear the two municipal governments challenging each other, proclaiming themselves the best. A welcome departure from the old refrain: You’re worse. 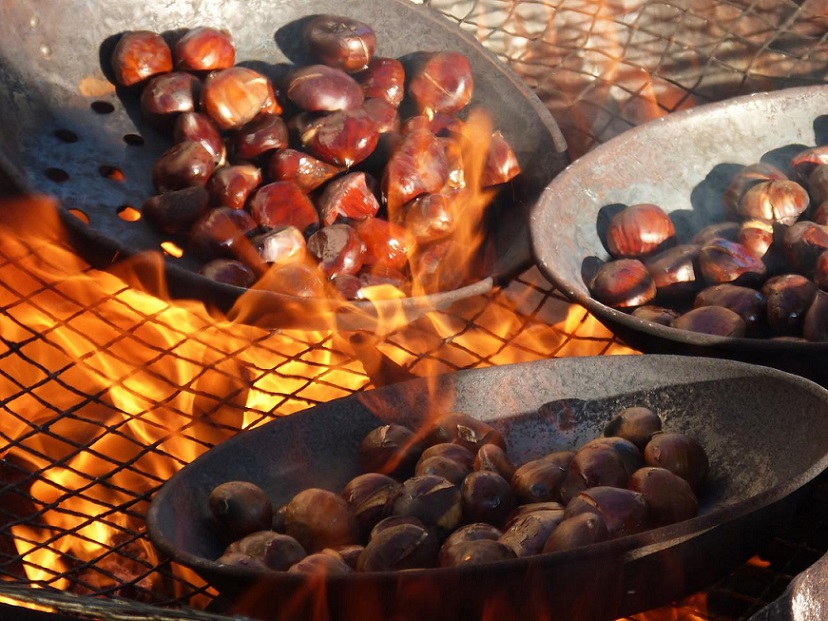