THE BASQUE COUNTRY & THE VASCOS – 1 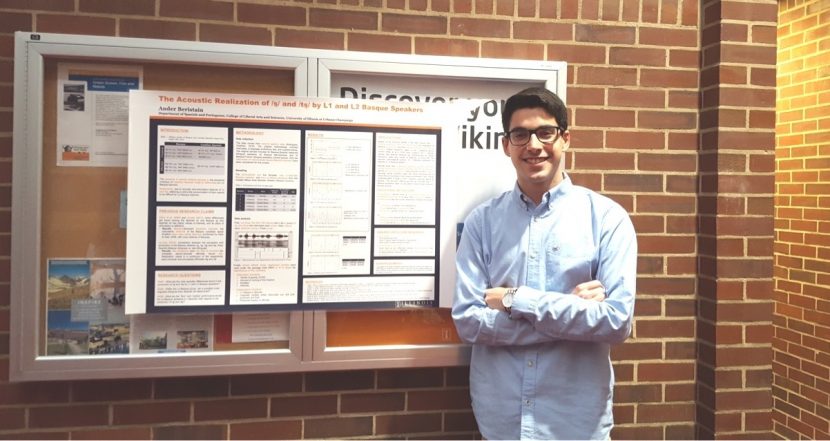 Ander Beristain is a native of the Basque Country. He is one of the approximately
700,000 speakers worldwide of euskera. This summer he’s doing a study
of the interaction between Basque and Spanish and how speaking
Basque affects the the way the Vascos speak Spanish

One year after starting his masters’ degree in Hispanic Linguistics at the University of Illinois at Urbana-Champaign (UIUC), 24-year-old Ander Beristain is back home in the Basque Country, but it’s not exactly a vacation from the grueling coursework of the normal academic year.

“This summer, between finding participants for my experiments, obtaining data for four different projects, and running the acoustic analyses, I’m almost looking forward to the fall semester,” he says. 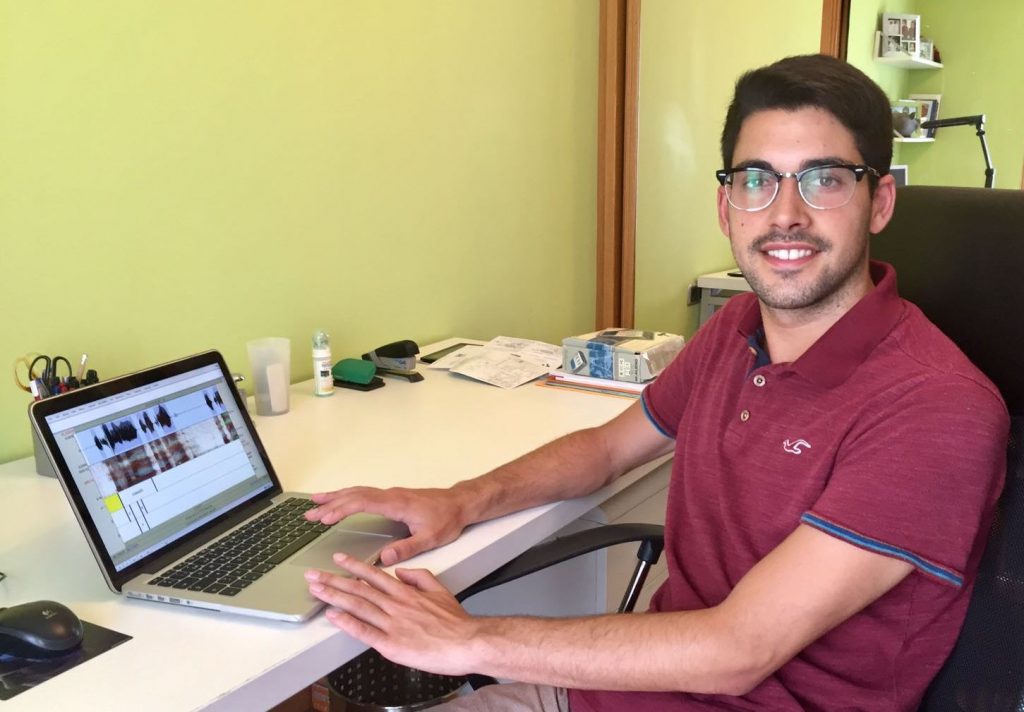 A native of the town of Aizpeitia in the province of Gipuzkoa, located in Spain’s autonomous community of the Basque Country, Beristain is one of the approximately 700,000 speakers worldwide of the Basque language, called “euskera,” and he has been putting it to use.  He attended an “ikastola,” a type of primary school in the Basque Country wherein instruction is given in Basque.  These types of schools have been gaining in popularity after Spain’s Constitution of 1978 granted native languages co-official status with Spanish in the autonomous communities in which they are widely spoken.  Basque is spoken in the Basque Autonomous Community and Navarre; Catalan in Catalonia, Valencia, and the Balearic Islands; Galician in Galicia; and Aranese Gascon in the Aran Valley, within Catalonia.  Not everyone in those autonomous communities speaks the co-official language, however.

“My dad is Basque, and my mom, even though she was born in the Basque Country, never got used to speaking euskera,” Baristain explains.  “Her parents emigrated from the south of Spain in the 50’s.” 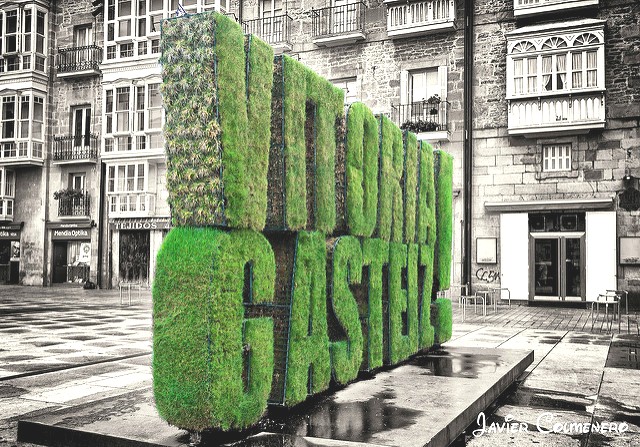 This is quite a common situation: due to emigration waves, many people in the Basque Country do not speak Basque.  Beristain, though, is multilingual: Basque, Spanish, English, and French.  And he uses them all in his linguistics research.  Not that he was always interested in linguistics.  For university, he went to Euskal Herriko Unibertsitatea, the University of the Basque Country, in Vitoria-Gasteiz.  There he met Professor Beatriz Fernandez Fernandez, a member of the Department of Linguistics and Basque Studies.  Beristain credits her with introducing him to the world of linguistics after she saw how interested he was in the study of how languages work. 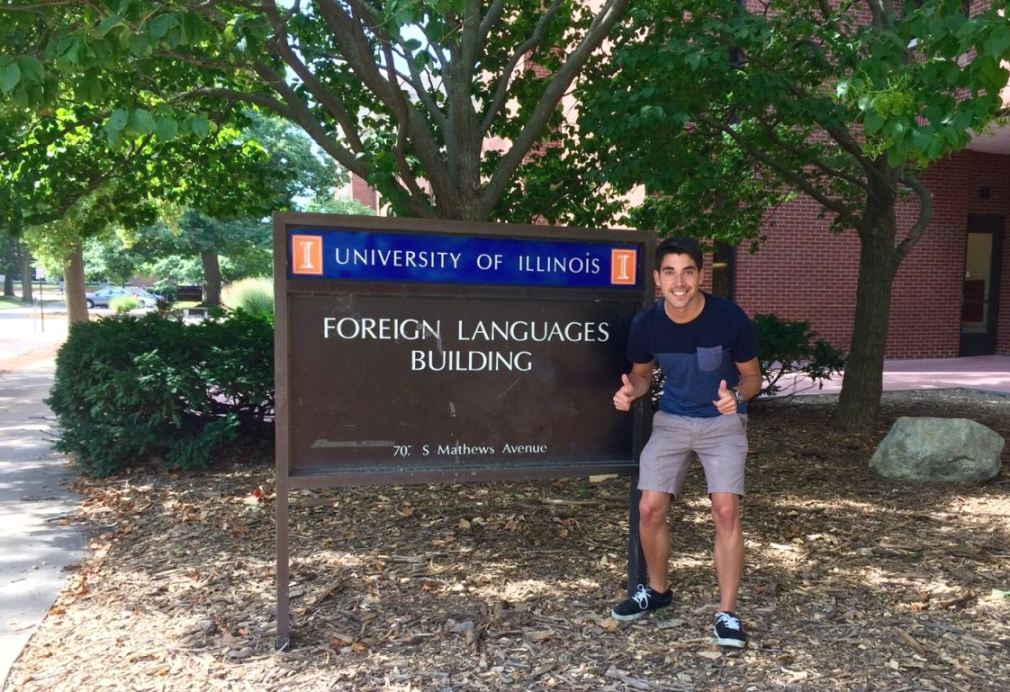 Linguistics as a scientific field, however, has many subfields: syntax (how words are put together into a sentence), morphology (how meaningful bits are put together to form words), and phonology (a language’s individual system for what types of sounds are present) are just a few.  Beristain opted not just for phonology, but Basque phonology.  When he graduated from the University of the Basque Country, he decided to apply to UIUC’s two-year master’s program in Hispanic Linguistics.

“Everyone spoke really well about the University at Urbana-Champaign, and everyone told me that I needed to work with Professor Hualde, who is one of the best.” 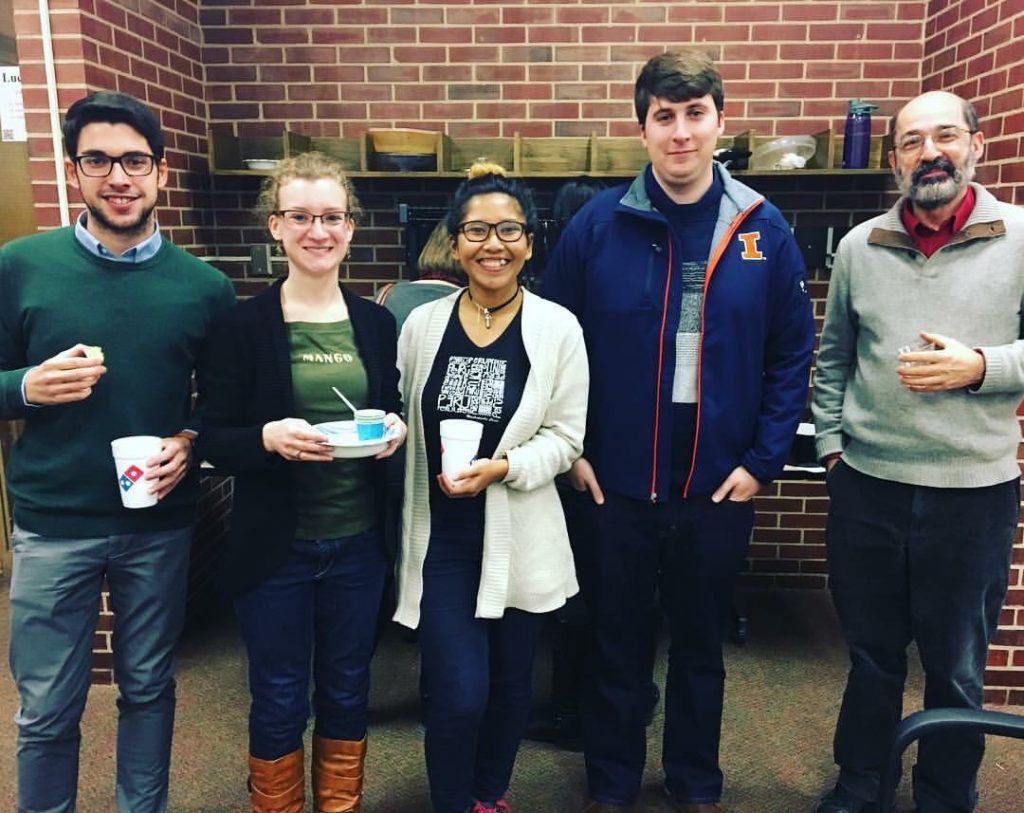 Beristain with Prof. Ignacio “One of the Best” Hualde, extreme right. Also with Beristain are his schoolmates at UIUC

Professor José Ignacio Hualde is certainly one of the best, even more so when it comes to Basque phonology.  A former student of Professor Larry Hyman, member of the Linguistics Department at the University of California, Berkeley, Hualde has published widely on the Basque language for decades, in addition to Spanish and Catalan.  His book on Spanish phonetics and phonology, The Sounds of Spanish, is used in introductory Spanish Linguistics courses throughout the United States.

So what is it exactly that Beristain is working on this summer here in Spain? He demurred: “Well, I can’t give you specifics until it’s all published, but let’s just say it’s Basque dialectology: the study of how Basque is spoken differently in different places, especially the interaction between Basque and Spanish, how speaking Basque affects how we speak Spanish.”

Images
Courtesy of A. Beristain  except
Vitoria Gasteiz by Javier Colmero, CC BY-ND2.0 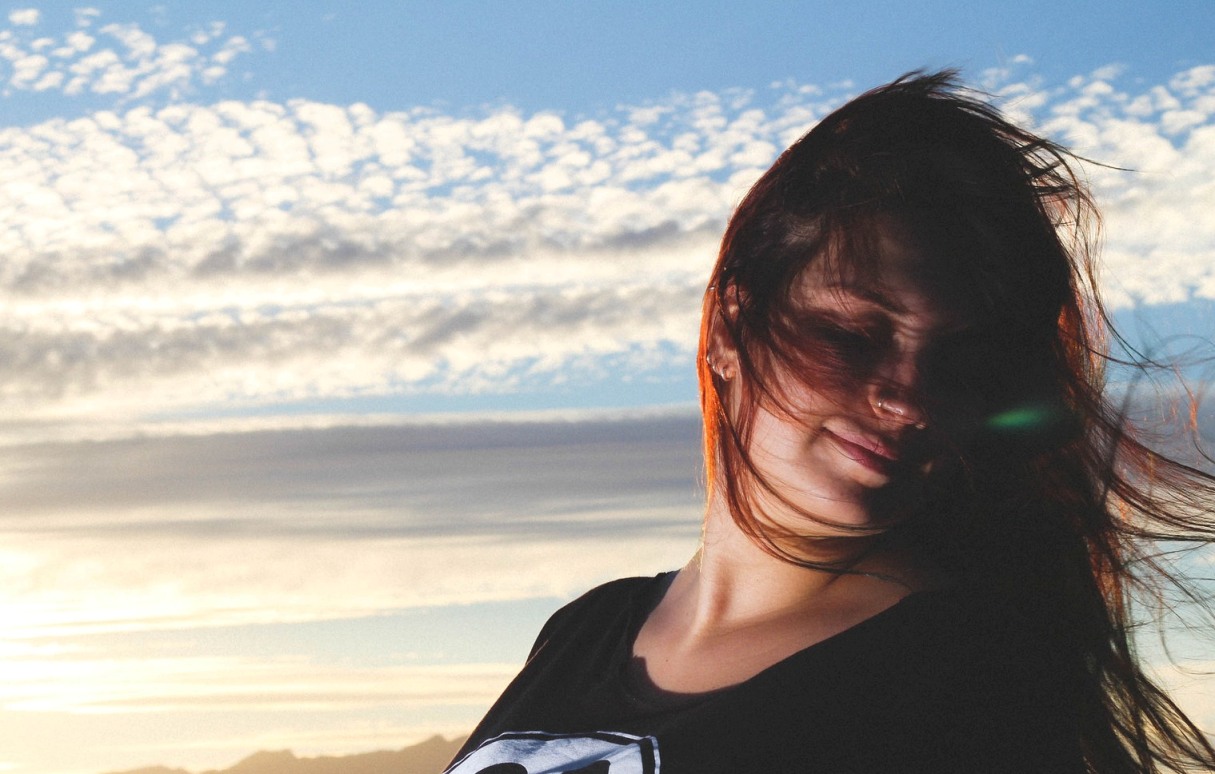