THE ALARM IS OVER!

There might have been some misgivings when the Spaniards ventured out into a world
without the protective constraints of the Estado de Alarma for the first time
in what feels like eons. But there was also some euphoria.

The second, and it seems also the final,  State of Alarm in relation to COVID-19 in Spain is over. The Alarm was decreed by the Central Government on 25 October 2020 and ratified by Congress on 29 October. This second “Estado de Alarma” was an extraordinary instrument to confront the second wave of the COVID-19 pandemic and lasted 196 days. It ended on 9 May 2021. The end was a relief and a confirmation of the good news that since the anti-coronavirus vaccination hit its stride across the country contagion and the mortality rate have been spiraling down. The rationale behind the “Estado” — the first and the second — was to contain the spread of the coronavirus which had hit Spain really hard, next only to Italy which was the epicenter of the pandemic in Europe. The mission is at least half-accomplished. 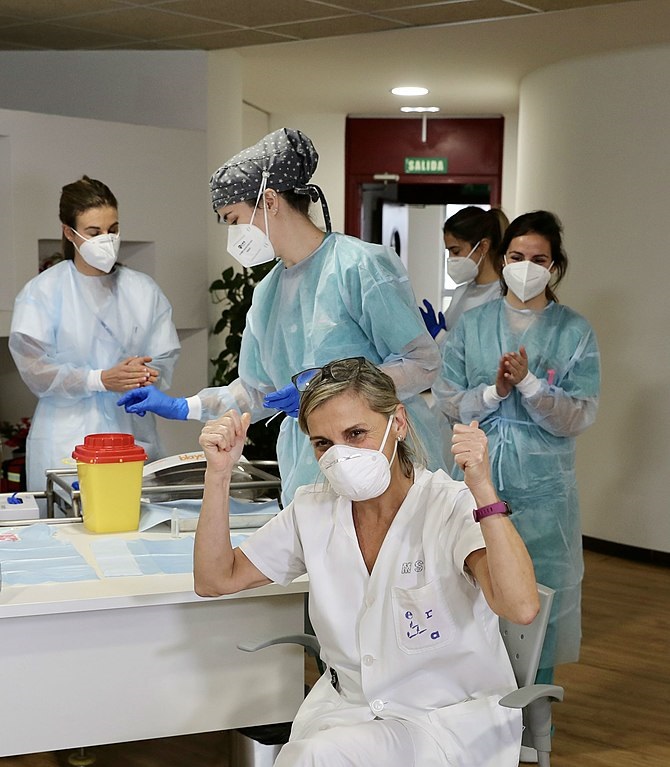 COVID-19 vaccination, 27 December 2020: first employee to be vaccinated at the Residencia Mixta de Gijon home for the aged, in the Principality of Asturias, gets ready for her shot

On the other hand, there are dissenting voices, particularly from the opposition, that, after threatening to vote down a third Estado de Alarma in Congress, are now complaining that the Central Government has acted precipitately by not serving up a third. They claim there could be a new wave of the pandemic, what with new strains of the virus popping up in and from Brazil, India, etc. and where would Spain be then? 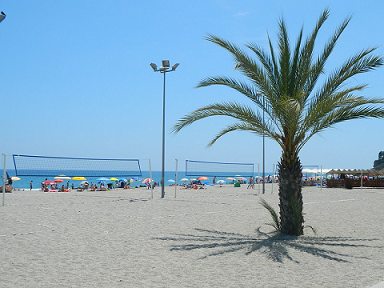 Beach at Nerja, Costa del Sol: people head for nearby beaches only

There might have been some misgivings when the Spaniards ventured into a world without the Estado de Alarma for the first time in what feels like eons. But there was also some euphoria. Folks rushed to the beaches. Freedom at last! No more lockdowns. And yet, most of them didn’t dare go too far. They chose to drive to the beaches nearest to their homes.

On the seamy side of that euphoria were the huge crowds of young people who simply went off the rails; on the first post-Alarma weekend, botellones (binge drinking) were celebrated in parks, plazas, and even on sidewalks. No masks. No social distancing. A mindless defiance of common sense and the law.

It was a very sad panorama to watch; don’t the young appreciate the heroic sacrifices made by frontline workers to try and save as many lives as they possibly — and impossibly — could– at the risk of their own lives? Or was it just the innocent exuberance of youth? 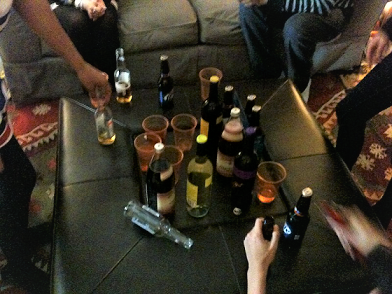 Proliferation of the “botellon” once the “Alarm” is lifted

People, in general, are planning their summer holidays with cautious optimism! The tourism sector can visualize a scenario where they could gradually get back to business as somewhat usual. A far cry from last year’s desolate summer. Still, at the back of the minds of many people is the anxiety over the massive influx of local and foreign tourists.

But what do people really think about the end of the Estado de Alarma?

STATE OF ALARM IN SPAIN
TIMELINE

Second State of Alarm
Decreed by the Government on 24 October 2020; ratified by Congress on 29 October.
Ended 9 May 2021

Related posts
SPAIN IN A STATE OF ALARM
TOWARD THE NEW NORMAL, CORONAVIRUS UPDATE IN SPAIN: (1) THE EXTENSION OF THE STATE OF EMERGENCY, AND THE SOCIAL PACT ON EMPLOYMENT REGULATION
GUIDEPOST LOVES GOOD NEWS
THE DESESCALADA: WE HAVE OUR FREEDOM BACK