THE ABORTION FROM EAST TO WEST 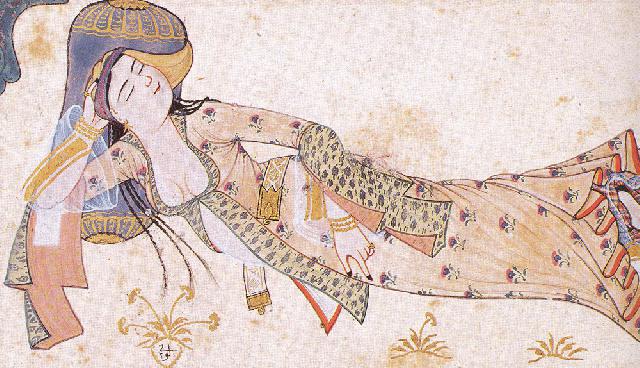 When one  compares abortion between the Middle East and Europe, one is struck not only by the differences but also the similarities despite the fact that at least on the surface we are dealing with two totally different continents in terms of lifestyles and belief systems

In Turkey as in Spain there’s a raging debate on how far should abortion be allowed. “Abortion is a crime,” said Turkish Prime Minister Recep Tayyip Erdoğan. The statement sparked national debate in Turkey. Many women who have limited access to practically everything are specially concerned. According to the draft law, abortion can only be carried out by accoucheurs in hospitals within a new time limit. Another worrying aspect of the bill is that doctors will be free to refuse an abortion if their moral conscience so dictates.

While debates are taking place in Turkey, many feminist groups, liberal thinkers and people in general, specially young women, have expressed their deep concern on the issue. They suggest that it will all boil down to the question of financial capacity. Well-off women could have abortion in private clinics and some such. But what about the poor women in rural areas? Everyday it is possible to hear the news about young girls as well as older women who, on being raped, don’t get the support they need from their familiesa and/or society. It’s like they brought the heinous crime on themselves!

When a woman cannot afford the abortion, how can she possibly afford to raise the baby in a manner that will insure its well being and its development as a decent citizen?

There are groups in the conservative sector of the Turkish society, consisting mainly  of islamists and others sharing like conservatism, who have expressed their approval of the possible ban on abortion. The prime minister has long suggested that each couple in Turkey should have at least three children to improve the country’s demographics . The government even encourages women to give birth no matter if the babies suffer from physical and/or mental defects or even if the mothers have been impregnated through rape. They claim that babies are a present from God and we human beings have no right to end their lives. Without the will of God, we cannot put an end to human lives.  Making references to the Quran, they consider abortion as a crime and just by attempting abortion women are said to be depraved and should be treated accordingly by society.

When one  compares abortion between the Middle East and Europe, one is struck not only by the differences but also the similarities despite the fact that at least on the surface we are dealing with two totally different continents in terms of lifestyles and belief systems. Spain,  the second biggest country in Europe, is showing a divergent trend in abortion, in comparison to the rest of Western Europe. The bill that the Spanish government is now studying, such as it stands, will pave the way to limitations on abortion. Except in those cases when women are raped or the mothers’ mental and/or physical health is in serious danger, there is going to be a limit to abortion. However, a huge majority of the Spanish people don’t approve of this change in the current law.

It is feared that Spain will rank far beyond Europe in terms of human rights. Socialists and many others who do not share the conservative ideology wonder why this limitation is being put forward now when there is no public clamor for it.  Besides,  there are many other pressing issues that Spain should be dealing with. If the bill is passed, the right of women to abortion will become a question of money, as is also the case in Turkey. Those who must have an abnortion but  can’t afford private clinics will then have to resort to insanitary and clandestine abortion, thus endangering their lives.

Religion plays an important role. The Roman Catholic Church still impacts some segments of the Spanish population. Catholics tend to embrace the belief that a life bestowed by God cannot be taken by humans. But even though some believe abortion is tantamount to murder, there are those who don’t agree and publicly demand the freedom to abort. In Spain these pro-choice voices are not demonized. Unhappily, In the Middle East pro-choice women can be punished in public for their belief.

The limitations on abortion seem to spring from a belief system that sees those limitations as morally obligatory in one society but are regarded as limitations to human rights in another.  When these two distinct groups are thrown face to face with each other, they are in for life-long arguments as no one solution can possibly satisfy both groups at the same time.

Note:  Under the draft law in Turkey, abortions will only be permitted if carried out by obstetricians in hospitals and within the 10-week limitation.  Currently, abortion can also be had from  certified practitioners and local health clinics. A woman who undergoes “medically unnecessary abortions” after the period is liable to be sentenced by the court if the new law is passed.
There will also be a mandatory “consideration time” for women requesting a termination

Outgoing  go-getting Melis lives in Ankara, Turkey. She loves art in all its forms but loves writing even more. All her life she would capture images, file them away in her mind and then put them in writing. Getting to know different cultures is another of her passions.

Previous article « STATESIDE STORIES: Americans Abroad and the Long Arm of the IRS