THE SALON GOURMETS TRADE FAIR, HELD AT IFEMA, MADRID´s STATE OF THE ART CONVENTION CENTRE, IS FIRST IN ITS CLASS. As an explorer of all epicurism in all its manifestations and aspects, SALON GOURMETS TRADE FAIR is a European Gastronomic Trade Fair for both professionals and individuals, and surely a sybarite´s network. The yearly trade fair, produced and arranged, by the founder of Club Gourmet Magazine in 1936, and GOURMETUR GUIDES, the oldest classic magazine on Spanish Gastronomy and guides still in print, provides this event, with his son Francisco and daughter Reyes where the best quality food and libations from all four corners of the globe are on display for taste testing, while fostering commercial business liasons amongst producers and purchasers.

THE SYABARITE SENSATIONS I HAVE TASTE TESTED INCLUDED …

Majorero is made of pressed full fat curds that have not been boiled and are compact when sliced, with a velvety delightfully creamy texture and a well balanced lactic flavor profile, which has a slight peppery note. There are three types: fresh, semi cured and maturely aged.

The corporation GRUPO GANADEROS was founded in 1980. Since then, it has been producing high quality goat cheeses under expert supervision and qualified staff.

MAKING MAJORERO GOAT CHEESE
This goat milk cheese is prepared from raw goat milk, which is collected on a daily basis and is conserved to prevent bacteriologic issues. Once the cheese arrives at the factory, the goat milk is placed into a vat where, after the addition of specific ingredients for each type of cheese produced, it is coagulated. The curds are subjected to successive slicing and the excess whey is removed. Then the cheese curd is placed into molds, and the cheese is ready for the compacting process. After removing the molds, the process includes salting and the cheese is organized for the curing processes, fresh, 6 months and so forth. FOR FURTHER INFORMATION: www.maxorata.es

NOT all olive oils or extra virgin olive oils are the same. Their quality, aromas, taste and colors will depend on the different varieties of olives used and the characteristics of soil in which they are grown and cultivated, the climate and the harvesting and production techniques employed.

SENSORY EVALUATION OR THE TASTING OF EXTRA VIRGIN OLIVE OIL

The quality of a virgin olive oil, called EVOO, and its properties, is established by sensory evaluation, commonly called TASTE TESTING ( CATA from the Spanish Verb, CATAR ), DURING WHICH ITS VARIOUS FLAVORS AND AROMAS ARE DETECTED BY THE SENSES OF SMELL, TASTE, SIGHT AND TOUCH.

THE COUNCIL REGULATOR OF PRIEGO, CORDÓBA, WAS ON HAND TO PROVIDE ME WITH A MINI INTERVIEW AND THE HOW TO TASTE EVOO THAT YOU ARE GOING TO PURCHASE …

FIRSTLY, HOW DOES ONE GO ABOUT TASTE TESTING AN EVOO ?

1) A SMALL AMOUNT OF THE EVOO IS POURED INTO A COBALT BLUE GLASS RECIPIENT OR TASTING GLASS, AND THE FOLLOWING PROCEDURE IS FOLLOWED …

2) THE GLASS IS HELD IN THE PALM OF THE HAND, AND WARMED TO A
TEMPERATURE OF NO MORE THAN 28 DEGREES CENTIGRADE, SO THAT ALL THE AROMAS ( THE BOUQUET ) MAY BE APPRECIATED.

3) THIS OLFACTORY STAGE INVOLVES TAKING IN THE AROMA, WITH LIGHT DEEP BREATHS INHALING AND EXHALING.4

4) A GOOD EVOO SHOULD BRING TO MIND THE FRUIT IN ITS FINEST CONDITION, THE SMELL OF APPLE, HERBS, TOMATO, RIPE OLIVES, GREEN ALMOND, THE OLIVE GROVE FOLIAGE.

IF HOWEVER, THE EVOO GIVES OFF A DEFECTIVE WINEY OR RANCID AROMA, THIS WOULD INDICATE THAT IT HAS BEEN SPOILT.
IN THIS CASE, IT WILL NOT BE EXTRA VIRGIN OLIVE OIL. HOWEVER IT MAY BE LAMPANTE OIL, WHICH IS NOT FIT FOR CONSUMPTION AND THEREFORE NEEDS TO BE REFINED.

5) IN TASTE TESTING, A TINY AMOUNT OF EVOO IS SIPPED AND SWISHED AROUND ONE´s ORAL CAVITY WHICH SHALL REVEAL THE SWEETNESS AS THE EVOO ENTERS THE MOUTH, ITS BITTERNESS AS IT REACHES THE REAR PART OF ONE´s MOUTH AND FINALLY ITS PUNGENCY AT THE BACK OF THE THROAT.
ALL THREE ATTRIBUTES ARE POSITIVE IN EVOO.

6) THE DEGREE OF BITTERNESS OR PUNGENCY, WHICH IS ALSO A POSITIVE SIGN, BASICALLY DEPENDS ON THE VAIRETY OF OLIVE USED AND THEIR MATURITY AND STAGE OF RIPENESS

7) THE FINAL PHASE IS THE POST NASAL IN WHICH OTHER ATTRIBUTES NOT PREVIOUSLY DETECTED DURING OLFACTION ARE PERCEIVED IN THE AFTER TASTE, OR POST GUSTO,
THESE MAY BE POSITIVE FOR EXAMPLE, A HINT OF RIPENED OLIVES OR BANANA, AND / OR NEGATIVE, A SPOILT ROTTEN FRUIT AND / OR VINEGAR.

FOR THOSE WHO WOULD LIKE TO LEARN MORE ABOUT EVOOs AND EXPLORE THE BEAUTIFUL REGION OF PRIEGO, BAENA, AND CORDÓBA CITY: www.dopriegodecordoba.es

The Priego of Cordóba appellation of origin, in Los Pedroches, provided me with some excellent advice about what to look for when purchasing air dried, acorn fed hams.
1) THE COLOR: TO EVALUATE THE COLOR, IT SHOULD BE AN INTENSE RED
2) THE FAT COLOR: THIS FAT MUST BE WHITE AND / OR WHITE WITH A VERY FAINT HINT OF THE PALEST CONCH PINK HUE. IF THE FAT IS YELLOW, IT HAS OXIDIZED, AND DO NOT PURCHASE
3) BRILLIANCE: AN INTENSE UNIFORMED SHINE TYPE GLAZE ARE PRE-REQUISITES
4) INFILITERATION OF THE FAT: IN ORDER TO HAVE A JUICY, MOIST AND SWEET HAM, THE FAT MUST BE VERY DE-CONSTRUCTED THROUGHOUT THE ENTIRE LEG OR IT SHALL BE DRY.
FOR FURTHER INFORMATION: www.dopriegodecordoba.es

www.european-dairy.com
It was quite a taste astonishment, to encounter one of the loveliest cheeses, Feta in color, texture, taste and visuals, however, made in a similar fashion to the Greek Designation of Origin, however, it is Bulgarian. Quite amazing.

3 STAR MICHELIN RISTORANTE DAL PESCATORE´s Italian native NADIA SANTINI of Mantova, has been awarded the best chef of 2013 award. In 2012, ELENA ARZAK OF RESTAURANT ARZAK had held this title and in 2011, Anne Sophie Pic in France.
On the 29th April, RESTAURANT CELLER CAN ROCA & the Roca Brothers, Joan, Jordí and Josep, in the Girona Capital, were awarded with 1st place, as the WORLD´s BEST RESTAURANT, with NOMA in Copenhagen sliding back one slot, to Number 2.

THE ALENTEJO HOG BREED GRAZES EXTENSIVELY IN THE OAK AND HOLM OAK FORESTS FOR 14 TO 16 MONTHS, EATING A 100% NATURAL DIET. DURING THE SEASONAL ACORN TIME, FROM NOVEMBER THROUGH MARCH, THE HOGS FEED MAINLY ON ACORNS. THIS BUILDS UP MUSCLE AN ESSENTIAL CONDITION FOR THE CONCENTRATION OF AROMA, AND TASTE.

The ALENTEJO hog breed is a descendent of the wild boar, and has never been cross bred. The tiny town of Barrancos is located at the summit of the western Sierra Morena Mountain chain in Portugal. This ham is the only Designation of Origin ham in the country of Portugal.

I have tasted uncountable Asturian sidras over the years, and while I was browsing the Asturias Stands I happened to

come across Mayador from Bodegas Mayador. this was absolutely exquisite. For those who cannot handle alcohol, there is a zero % alcohol variety which tastes exactly the dsame as the normal variety at 4% alcohol. It was splendid and is available at El Corte Inglés throughout Spain.

Since 1920, LORENZANA and IMPERIAL have been producing unsalted and salted traditional natural butters on ecological sustainable grazing lands in Tineo, Asturias. Crafted from the milk obtained from the most select Asturian bovine breeds, with excellent hygiene and health status, this butter is the furthest thing from an industrialized butter. MANTEQUERIA DE TINEO, S.A. is a highly experienced knowledgeable dairy corporation featuring exemplary traditional butters. One can purchase at STRACTO RETAIL CAFÉ in Lista neighborhood of the capital of Madrid at 65 José Ortega y Gasset.
FOR FURTHER INFORMATION & VISITATION: www.matequeriadetineo.com

TERRA OLIVO 2013 – THE BEST MEDITERRANEAN EVOO TRADE FAIR
Each year, the TERRA OLIVO TRADE FAIR takes place in a different Mediterranean country. This year, it shall be held in Jerusalem, Israel the 2nd week of June 2013.

This is not just a mere trade fair. This event is a highly cultural, historic, business, networking, exchanging of solutions, full programme with a competition for the Mediterranean´s best Evoo for 2013. Furthermore, this event is open to all countries who cultivate and produce Evoo, including the USA. Some of the discussion topics shall include: Irrigation and climatic changes, the Economic Crisis, the Cultural Understanding Between Nations and the XXI Directions for Evoo and its exportation, importation, and the educating the consumers on its miraculous health benefits.
FOR FURTHER INFORMATION:
Mo Spak, Founder of Terra Olivo ,who is a polyglot speaking Spanish, English, French, Italian and Hebrew

Terra Olivo 2013
FOR FUTHER DETAILS & HOW TO ATTEND: www.terraolivo.org ( 4 languages ) 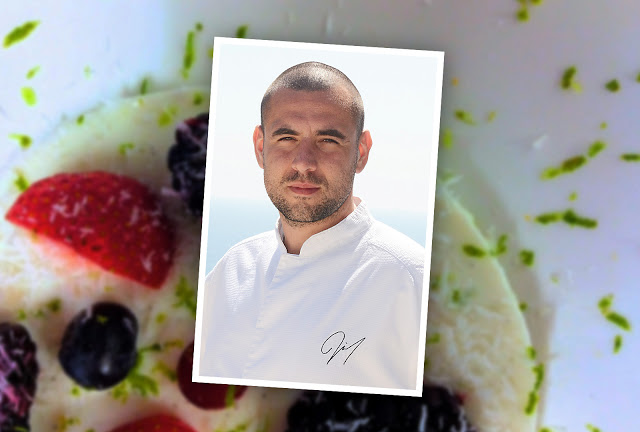 Next article THE BEAUTIFUL ISLAND »