IF THE UNDERGROUND HAS LOTS OF ENTRANCES IT MUST BE MADRID

Aside from the obvious aesthetic differences between the two undergrounds, there are other more subtle differences.  The tube is notorious for its unfriendly feel and Londoners avoiding eye contact with one another, until someone speaks and then all eyes are on them, glaring, until they stop. On the Metro, whilst no one talks to strangers, people do freely talk amongst themselves

Most metropolises have some sort of underground network of trains, that I know. But for someone from southern England who’s travelled abroad quite a bit, it never occurred to me that other underground systems would be any different to London’s.  Then I came to Madrid and . . .   Surprise surprise!

The most striking contrast between London and Madrid’s undergrounds is the size of the stations. London’s Underground is made up of small cramped platforms (the Victoria stop on the Victoria line springs to mind) and relatively short distances between the different lines at the stops.  This is not the case in Madrid. The platforms are wide and spacious making them much less stuffy than their London counterparts. The stations themselves are vast; they require a certain degree of concentration to prevent getting lost when you first get to Madrid. You have to bob and weave through other lines’ platforms, up escalators, down escalators and around corners. However, you are not down stuffy corridors for long in the Metro. After a short walk, you end up in a wide-open space again. These spaces often have nice clean coffee vendors or pastry stands. This marks another contrast to the tube’s grubby sweet shops. 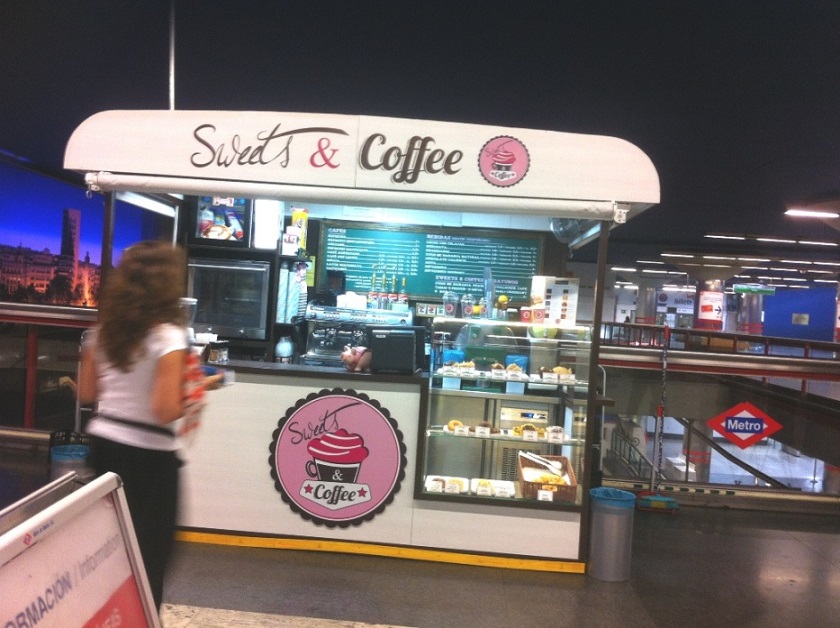 The vastness of each Metro stop means that when you get off the train, there are usually more than a handful of exits and they all come out in different places unlike in London, where the exits are on the other side of the road or, at a push, the next street over from each other. The extensive exits and entrances to the Metro stations are helpful, if you know which one you need, because it means you are never far from a metro stop. However, this being said, you are never far from a tube stop in London but this is because there is a greater frequency of stops in London rather than more entrances to the same station.

The carriages themselves are different between the two cities’ undergrounds. Whilst most of London’s tubes keep to the traditional individual carriage style, Madrid’s underground trains are one long carriage. This has its pros and cons: The long train means there is more air circulation in the train and people are able to spread out more, again in order to make things cooler for commuters. However, this ability to walk down the train also makes it easier for pickpockets because it is easier to move quickly and discreetly.

Aside from the obvious aesthetic differences between the two undergrounds, there are other more subtle differences.  The tube is notorious for its unfriendly feel and Londoners avoiding eye contact with one another, until someone speaks and then all eyes are on them, glaring, until they stop. However, on the Metro, whilst no one talks to strangers, people do freely talk amongst themselves, or on their phones (Madrid introduced mobile signals to their metro during their 2001 revamp). This is so markedly different to the tube that I heard one Brit exclaim to his friend, “I’ve heard they’re introducing signal to the London underground. It will be horrible. It is the only place I can go to escape phones.”

The final difference I have discovered between the two undergrounds is that Spanish commuters do not seem to be in a rush the same way British commuters do. Although standing on the right-hand side of the escalators still appears to be general rule in Madrid, people do not adhere to the rule in the same way as in London. There are no signs telling people which side to stand and there is no one sighing when people stand to the left. People stand where they want, and no one seems to mind.

Previous article « STATESIDE STORIES: Americans Abroad and the Long Arm of the IRS 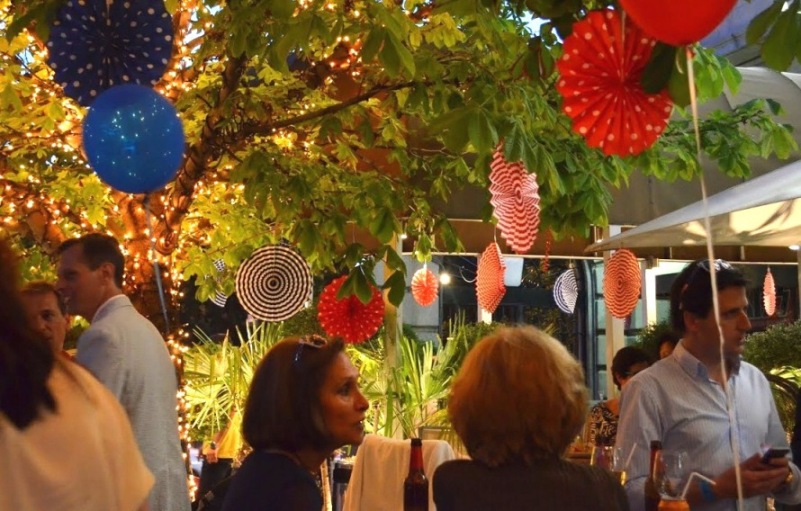 Next article 4th OF JULY WITH THE AMERICAN CLUB OF MADRID »