There are several theories as to how the great aqueduct at Segovia was built. Since it is of such mammoth proportions, one theory is that it was constructed by Hercules. Another theory, and one that has become legend, is that Lucifer and his engineering crew threw up the aqueduct in the course of one, wild stormy night. Because it is so unreal, so imposing, so awe-inspiring, the last theory does seem the most likely and is the very reason the Segovians call the aqueduct the Devil’s Bridge.

Santa Agueda in her fight for liberty might be considered an early exponent of women’s rights. The small village of Zamarramala for a couple of days in February follows her example. It is a unique Spanish celebration in a nation full of tradition. 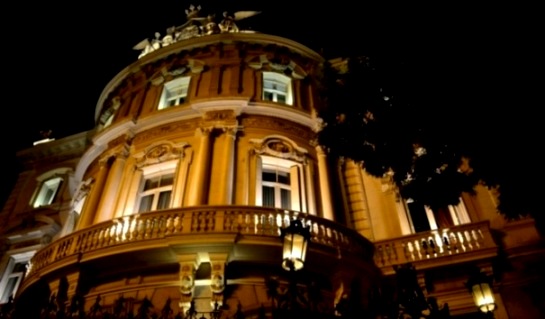 FROM THE SHELVES TO THE STREETS ON BOOK DAY »