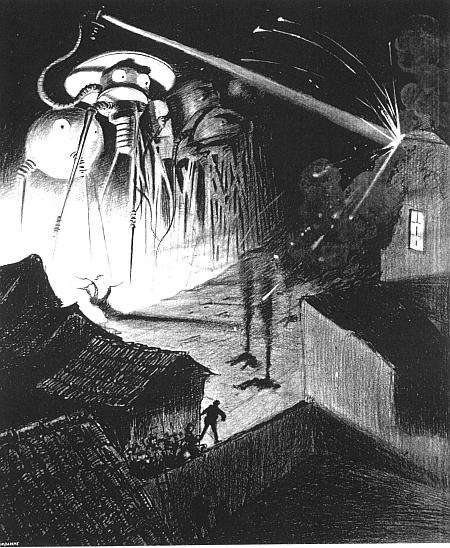 On October 30, 1938, the night before Halloween, a radio broadcast convinced thousands of Americans that Earth was under attack by invaders from Mars. Orson Welles scripted a radio play from H.G. Wells’ science-fiction classic “The War of the Worlds.” The dramatization incorporated fake news bulletins reporting space aliens landing in a New Jersey town. Many listeners around the country tuned in late, missed the introduction and panicked, mistaking the radio play for a real news broadcast.