Rodney Ward, like many back-packing ‘cowboys’ of the mid-seventies, first arrived in Madrid in 1975 and was at once struck by Spain’s fine old capital city. Although planning to move on within a few days, the Magic of Madrid compelled him to stay for two years. Only then did Rodney Ward set off back to Australia. Does he miss Madrid? “It’s always nice to come home,"he says, but Madrid gets in the blood.

BARCELONA? SURE, BUT GIVE ME MADRID ANY TIME! »

Barcelona may have an abundance of fine architecture and offers a good deal of artistic pleasures to everyone and anyone. But it lacks that warm home feel that one gets in Madrid. That sense of having arrived at a place where one belongs 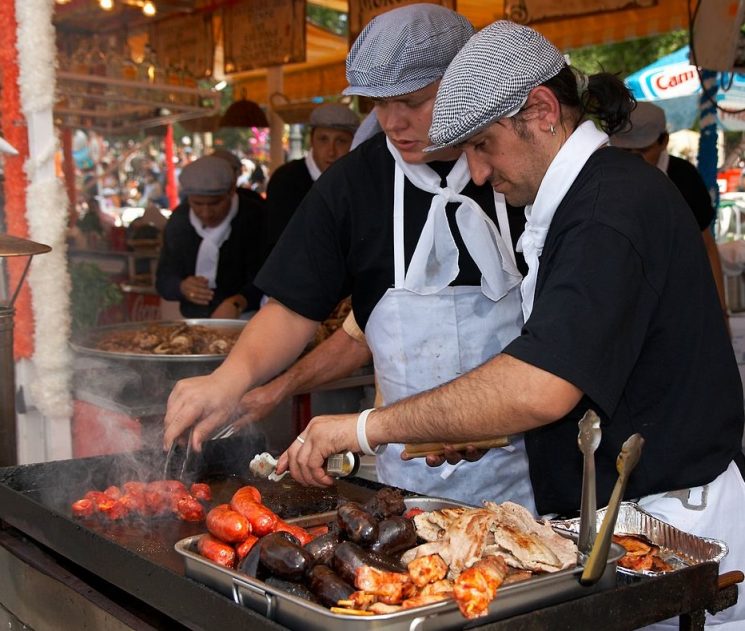 FIESTAS OF SAN ISIDRO, THE MOST CASTIZA OF THE FIESTAS IN MADRID, ARE NOW ON! »

It's not just the religious rituals and dancing the chotis. It's also about sinful gastronomy. You could put on weight just by looking at those chorizos! Yummy, though.