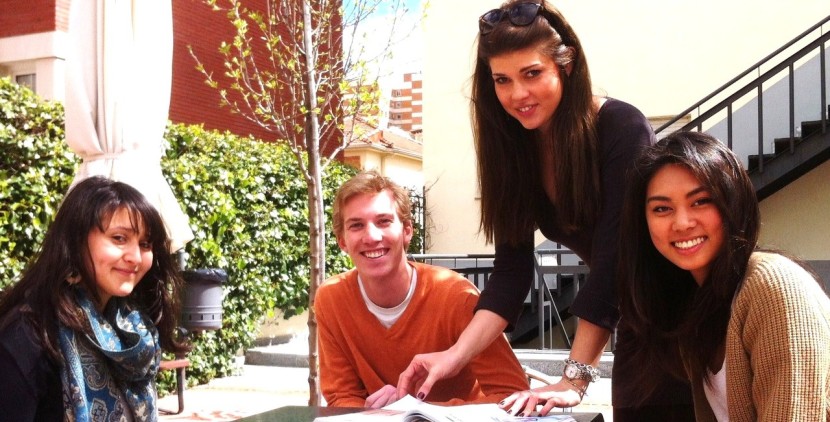 The saying most of us grew up knowing, that ‘it’s a small world’, is actually quite true.

In recent years the world has seen growth rates in immigration into the United States and Europe, as well as the many new opportunities for economic growth. With the advancement of technology and the affordability of tourism, citizens of the world are branching out into new destinations. The saying most of us grew up knowing, that “it’s a small world,” is actually quite true.

Globalization is taking effect and students are beginning to see the potential advantages that both short and long term studies abroad afford them. There are options for a semester, a year or even a full degree program in another country. Those who are interested in foreign travel are given the chance to do it through volunteer activities in developing countries, for example, or by having a career abroad.

Along with the opportunities to study and volunteer abroad come lessons that students couldn’t learn at home. Students learn and grasp new languages and cultures while immersing themselves in the local community. Many connections for future careers can be made, but most importantly friendships are built, political understanding is gained, and respect for foreign cultures and religions are developed.

“Going to China and coming from a western liberal democracy I discovered that not everyone strives to have what we have in political terms,” said Marina Guajardo, Junior, Political Science. “It also gave me the chance to learn a new language and explore a new culture that previously I had not been able to do.”

While studying abroad students learn new languages and cultures that they can take home with them as lifelong skills. These new skills open many opportunities in the career as well as the social world. In current times having a grasp on speaking a language not native to your own has become an important part of education. Learning another language not only helps communicate the respect you have for another culture, but builds friendships that can last.

“Knowing four fluent languages has helped me connect, foster, and build relationships with people,” said Eminio Sulaiman, Senior. “And it has also opened my mind in terms of the way I conceptualize the world and the way I want to accomplish my purpose in life.”

With globalization comes mutual respect for one another regardless of background or ethnicity. Religion, however, is often a hot topic and clashes between different religious groups and sects in either physical battles or simply media attacks are often in the news. Through having the opportunity to study abroad with people of many different cultures, beliefs, and religions, students can learn and share the respect they have gained from the mix of backgrounds.

“Having friends and classmates from other religious backgrounds has helped me understand other traditions and put my own beliefs in a global perspective,” said Amy Brabec, Junior.

In 2008 the United States, and later followed by many other countries, the economic crisis began to take its toll. This brought in larger amounts of immigrants looking for work as well as skyrocketing unemployment levels. At that time companies began branching out globally into other countries and, due to this, the need for students graduating with international experience or knowledge of another language is a huge plus when applying for a future career.

“Employers value academic experience abroad,” said Patrice Burns, Career Services. “It shows openness to new cultures and the ability to problem-solve on your own. It shows you’re an independent worker who can work with a team of international coworkers and partners.”

When asked about how students from Saint Louis University Madrid benefit from the short and longer term opportunity to study abroad, Dr. Vita, Academic Dean of SLU, replied: “An academic environment like SLU-Madrid’s promotes cultural sensitivity and social awareness, which unquestionably prepares students to help solve 21st century challenges as they embark on their careers.”

Saint Louis University offers a unique opportunity not found in many other places. Students can study and do internships at both the main campus in Saint Louis, Missouri, or here in Madrid. They also have the option of studying abroad from Madrid in many other countries like Brussels, Belgium; Seoul, South Korea; and Rio de Janeiro, Brazil to mention a few.

“Studying abroad in Brussels has been a great experience for me,” said John Mullin, Junior studying abroad from Madrid campus. “Not only was I able to get to experience a great new city and culture, but I was able to get an internship at ING Belgium, which will be great for my future career. It really showed me how many interesting places there are all over the world.”

So in conclusion, where do these beneficial skills manifest? They manifest themselves in many ways, from the lifelong friendships to a broader range in career choices, a higher grasp on a foreign language, and finally the desire to see what the world holds.

“Studying abroad has opened my eyes to other cultures and other ways of seeing the world,” said Bracey Barr, Junior. “I have made friends from every continent and my life is so much richer.”

There is no doubt that as the world becomes more globalized and less a less unipolar power people need to be able to work together and mutually respect and understand each other. Through studying abroad students are able to share their adventures as well as their new gained respects for those of different cultural backgrounds, ethnicities, and religions.

Next article ERASMUS: The Beginning »