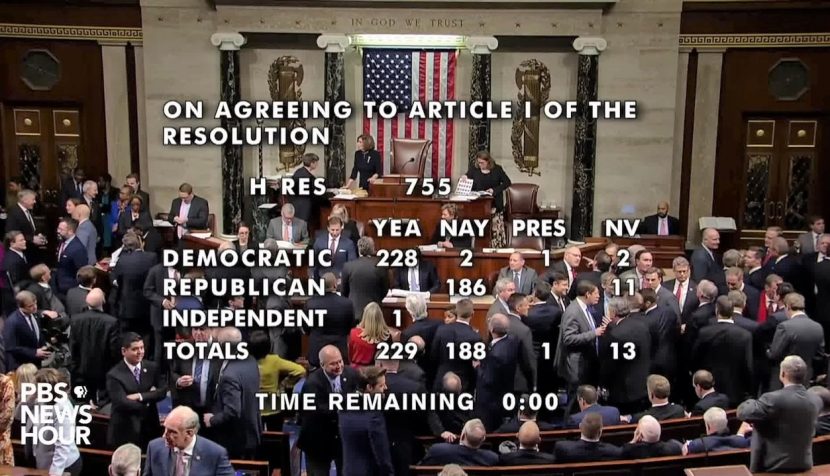 House votes to impeach U.S. President Donald Trump on the 18th of December 2019

The Senate impeachment trial is already underway, but President Donald Trump had two administration victories this past week which will change trading relations for the US for some time to come. 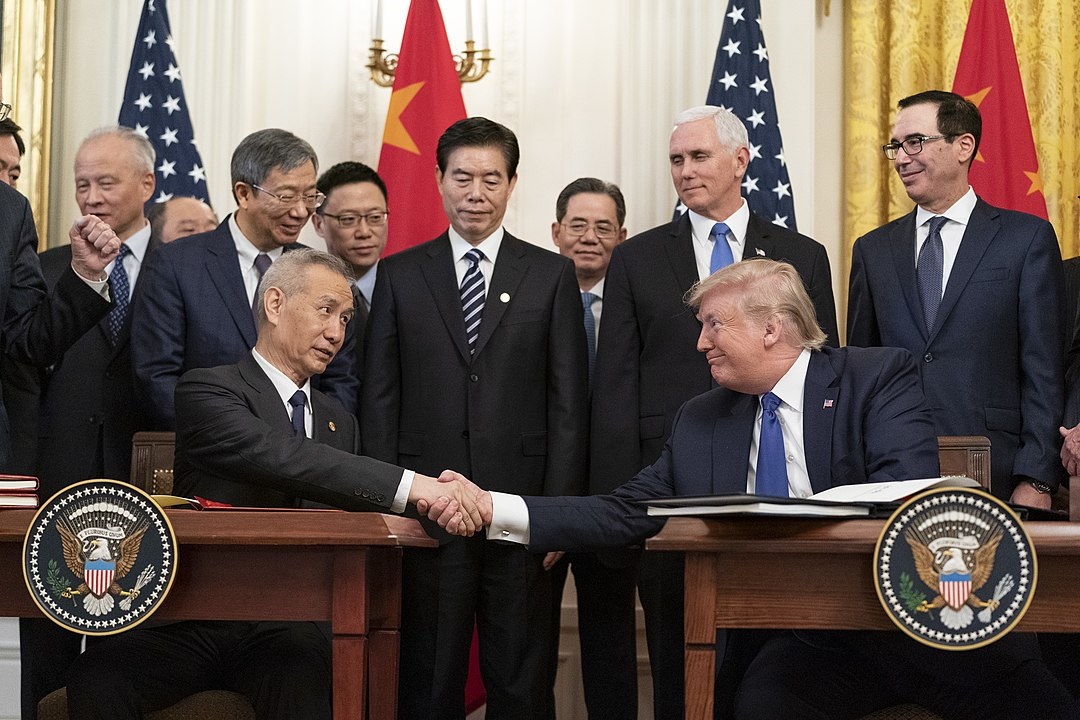 A preliminary pact with China was signed in Washington that will commit China to buying $200 billion more in American grain, pork, jetliners, industrial equipment and other goods over two years, and commit the Chinese to regulate and crack down on technological theft of American products. President Trump and China say that their new trade pact is “just the beginning of a fresh relationship between the world’s two biggest economies.”

Outgoing Mexican President Enrique Peña Nieto, U.S. President Donald Trump, and Canadian Prime Minister Justin Trudeau sign the USMCA trade agreement at the G20 summit in Buenos Aires, Argentina on November 2018. However, the Agreement won’t be effective until ratification by all the signatories.

The formality of the impeachment process in the House of Representatives has been of interest, and now the Articles of Impeachment have been transferred with pomp and circumstance to the Senate, which will sit as jurors in the formal impeachment trial of the President who is accused of abuse of power and obstruction of Congress. Odds have it that Trump will be acquitted by the Senate, since they will not reach 67 votes to turn him out of office. Still, the process must go on and witnesses may be called in what is the third impeachment trial in the history of the United States. 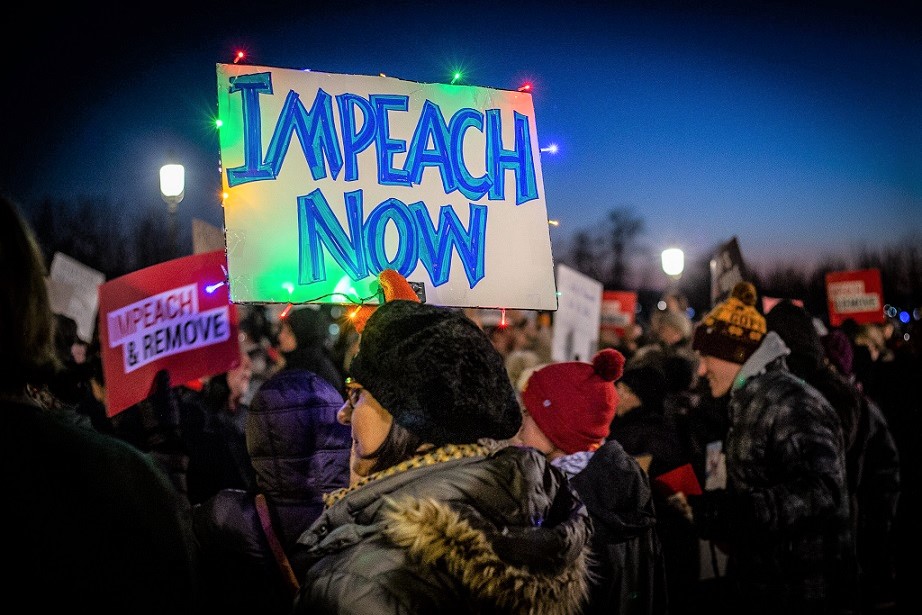 Impeachment rally at the Iowa State Capitol, one of 600 such rallies across America on the eve of the historic impeachment vote in the House of Representatives

The public is divided on the impeachment of Trump, seeing him as an economic genius on the one hand and an autocratic leader on the other. The Democrats want him out of office one way or the other. The Republicans are backing him for the November 2020 Presidential election.

That’s politics for you!

Previous article « JOIN THE ACM LUNCH AND GET REGISTERED FOR 2020 U.S. ELECTIONS!
Next article MADRID FUSION 2020: THE CUISINE OF THE ESSENTIAL »