Spanish is spoken in all 50 U.S. states, and Spanish-speaking people continue to cross the Southern border from all over Latin America and Central America and Mexico, causing quite a stir in the news media afraid of a Spanish cultural overload and a loss of the traditional English culture and language. But according to an interesting article by Phillip M. Carter of North Carolina State University from which I’ve compiled some facts here, Spanish and English have co-existed in America for centuries.

According to his well-researched article, Spanish predated English in arriving in what is now the United States. For 400 years, the two languages were both spoken in the territory,with immigrants continuing to bring many variations and dialects, including Cubans, Puerto Ricans and indigenous Mexicans. Besides all this, there are many languages and dialects from Spain itself that have maintained a presence in the United States, including the Basques.

The U.S. Hispanic population experienced an upsurge in the early 1990’s, although if you look at history, Hispanic communities and varieties of the Spanish language have existed in the United States for well over four centuries. The Spanish language is second only to Native American languages spoken for centuries prior to colonization.

Led by the famous Ponce de Leon, the Spanish first arrived in America in 1513 on the Florida Peninsula and returned in 1520 for further exploration.(And don’t forget, in 1492 Columbus sailed the Ocean Blue.)

Sign on the Lindsley House in St. Augustine. Spanish was the first European language spoken in Florida.

By 1565, the Spanish had established their first permanent colony in San Augustin, Florida under Pedro Menendez de Aviles. Between 1520 and 1570, the Spanish thoroughly explored the Atlantic Coast, including the Carolinas, Virginia, Georgia and the New England Coast. In 1763, the Spanish purchased Greater Louisiana from the French, though this territory was later resold.

After producing prosperous colonies on the Atlantic Coast, the Spanish turned their attention to the vast, unexplored regions of the West and Southwest of America where they left their indelible cultural and linguistic mark.

Even today, long-term Spanish-speaking populations are located in these areas, including portions of Arizona, California, Colorado, New Mexico, Nevada and Texas.

The earliest Spanish explorations of this region date to 1540, first by Francisco Coronado, followed in 1598 by Juan de Oñate. Spanish settlements were established throughout the Southwest. In 1605, they established Santa Fe, New Mexico, making it one of the oldest cities in the United States.

In spite of the growing Spanish-speaking population in the Southwest, Anglo English-speakers were also rapidly populating the region, especially Texas.

Finally, in 1826, Mexico won its independence from Spain. Within a year, Mexico was offering land to American settlers willing to raise cattle in the barren northern regions of the country(present-day Texas).

By 1835, American immigrants, joined by a small number of native Spanish-speakers, were pursuing independence from Mexico. They established the independent Republic of Texas in what is known as the Texan Revolution. Texas was admitted to the United States in 1845, a move that angered Mexicans and led to the Mexican-American War of 1846. In 1848, vast territories to the north and west of Texas were annexed to the United States as a result of that war.

The concept of “manifest destiny” and the generalized western expansion of settlers facilitated the spread of English across much of North America. Spanish, however, endured in many Southwestern communities. The Spanish named hundreds of cities throughout the West, including Los Angeles, Las Vegas, Santa Barbara, San Diego and so many others.

Spanish is practically a requirement in High Schools in the U.S., government forms are always printed in both languages, and bilingualism is almost essential in the workplace. If you don’t speak at least some Spanish, you’re at a loss in America.

By the way, Mexican cuisine, such as Tacos, Burritos and Enchiladas, are almost as popular as the typical American hamburger! 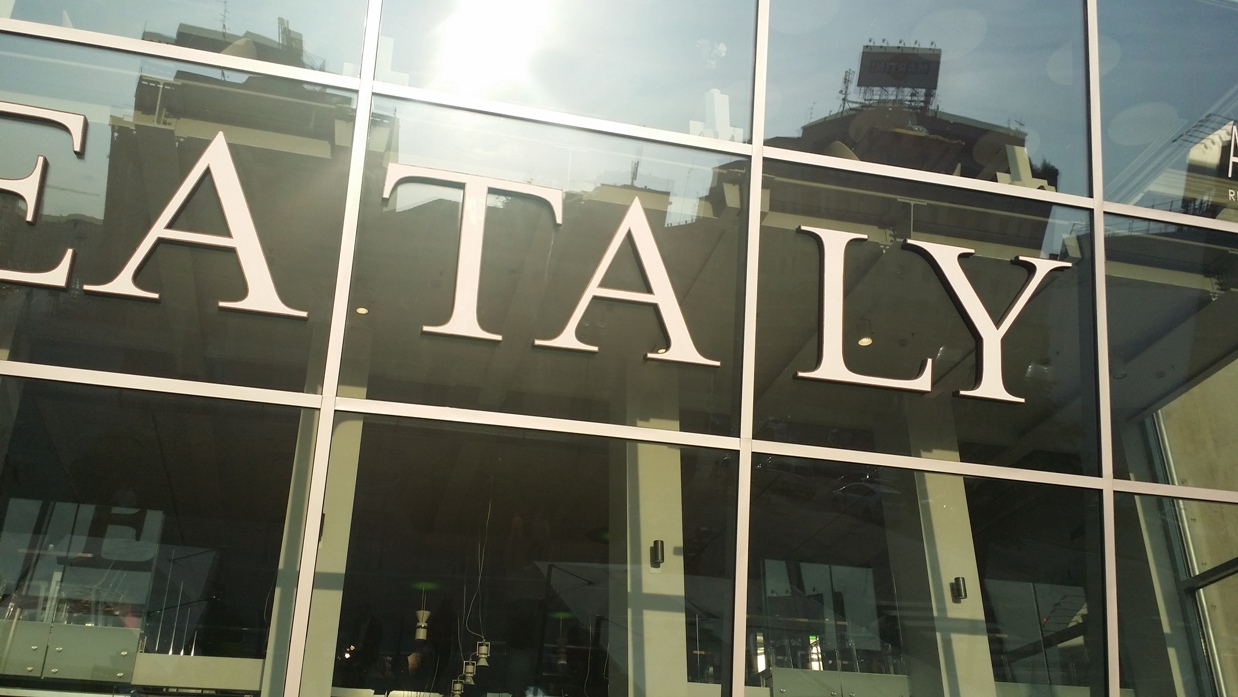 Next article GOURMET’S CHOICE: Milano, the City of Stars »