4 February 2020, House  chamber, U.S. Capitol: U.S. President Donald Trump delivers his
State of the Nation Address on the heels of his impeachment acquittal

His State of the Union speech behind him, Trump found himself vindicated by the Senate vote on two House articles of impeachment: abuse of power and obstruction of Congress.

On the first Article, the Senate voted 52 Nor Guilty and 48 Guilty, and on the second, 53 Not Guilty and 47 Guilty, which meant that the Articles of Impeachment did not pass.

According to the Wall Street Journal, “The Senate vote to acquit marked a clear victory for the president, underscoring his primacy in the (Republican Party) GOP and the end to the process that had hung over the past several months of his presidency.”

As the WSJ explains, “the impeachment probe grew out of a phone call last summer in which Mr. Trump asked President Volodymyr Zelensky of Ukraine to announce an investigation into Joe Biden, a top Democratic presidential contender, while holding up congressionally approved aid to the country. Mr. Trump has defended the call as ‘perfect’ and has said he did nothing wrong regarding Ukraine. The aid was later released after bipartisan outcry from lawmakers.” Hunter Biden, Joe Biden’s son, was given a position on the Burisma (the Ukrainian Gas Company) Board of Directors during the period Trump was curious to investigate. Charges of corruption has plagued Ukrainian politics for quite some time and Trump wanted other European countries to pony up aid for the Ukrainians besides the US. 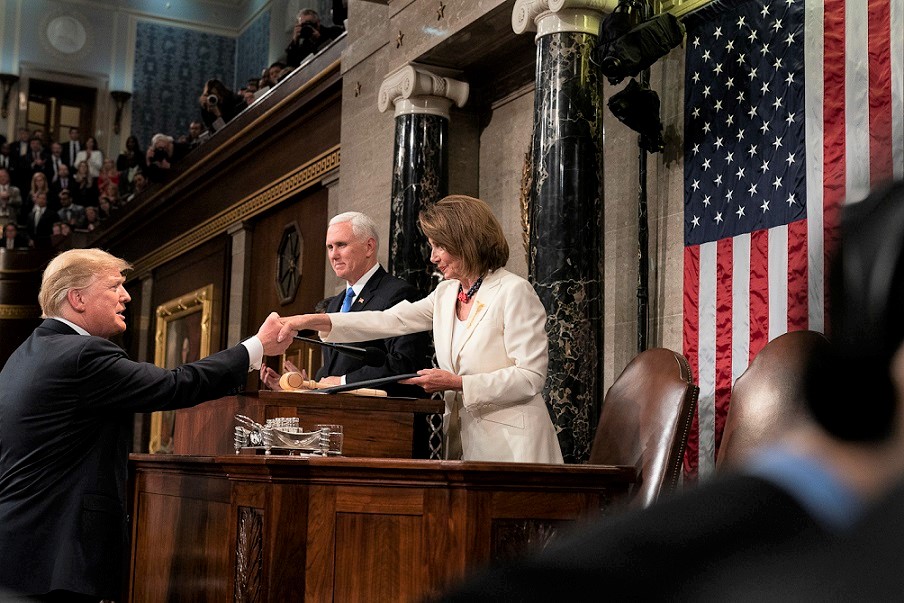 President Trump shakes House Speaker Nancy Pelosi’s hand on the occasion of his State of the Union address in 2019, but not in 2020

The WSJ says that “Democrats have made clear that the trial has settled nothing for them, with members of the House leadership saying they would likely continue to investigate.”

This was the third impeachment trial of a president and the third acquittal in American history, and as the New York Times put it, “it ended the way it began: with Republicans and Democrats at odds. Only one Republican, Senator Mitt Romney of Utah, a former presidential candidate, voted to judge Mr. Trump guilty of abuse of power. Since 67 votes were needed to remove Trump from office, he will be running for president for second term in November.

The bitterness of the process was exemplified by the fact that Trump didn’t shake House Speaker Nancy Pelosi’s hand when he entered to deliver his State of the Union speech, and Nancy Pelosi shredded his written speech into pieces at the end of his rousing soliloquy.

Too bad our politicians can’t just forgive and forget! 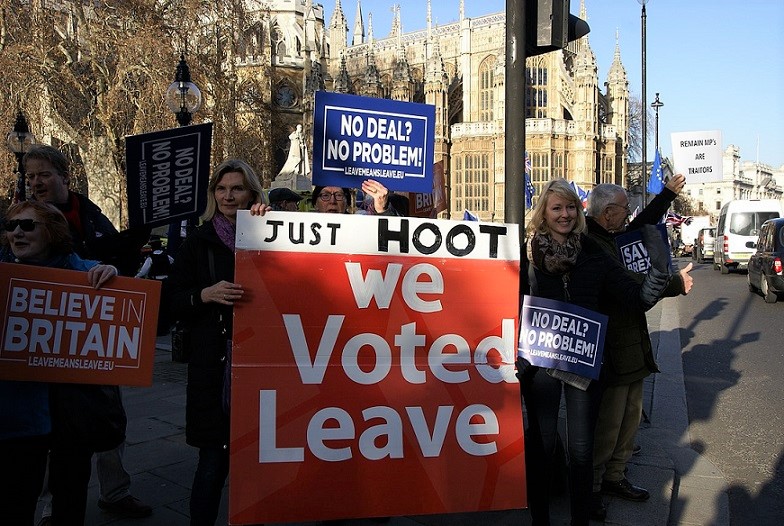 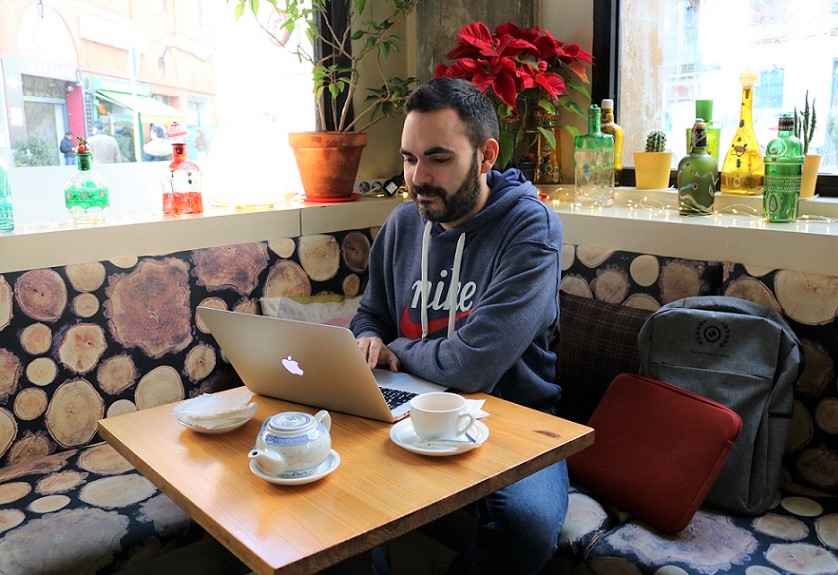 Next article CAFE CULTURE: THE CASE OF THE SPANISH CAFE »