STATESIDE STORIES: How Terrorism has Affected the U.S.

Spain certainly knows what terrorism is and what it can do to a society as shown by the new King and Queen’s recent visit with victims of ETA terrorism as their first official act.

The Statue of Liberty and the World Trade Center, on fire, during the 9/11 terrorist attacks

The first response to the September 11th, 2001 attacks on the World Trade Center towers in New York by Islamic extremists was to beef up security in airports across the U.S.A. Cockpit doors are now reinforced and bulletproof, passengers are not allowed to enter the cockpit during flight, pilots are allowed to carry firearms and cameras to monitor cabin activity.

TSA agents search each passenger with full-body screening for potential weapons. Tighter ID requirements are followed along with a European Union regulation demanding airlines make sure that the same person checking in luggage also boards the aircraft.

Airports are no longer a place where parents and children go to watch the planes take off!

But terrorism has not only impacted airports, it has impacted civil liberties in America. The National Security Agency (NSA)has been accused of collecting mountains of data on cell phone records of ordinary citizens in their constant vigilance against domestic and foreign terrorism. Emails, online chats, and browsing histories are not exempt from this alleged surveillance which can then be forwarded to law enforcement agencies around the world.

The budget for all this surveillance is classified, but some sources say that the U.S. Intelligence budget was $75 billion last year, with the NSA getting some $10 billion of that money. The Federal Bureau of Investigation also gets involved in the fight against terrorism. Some say that even local police departments are being “militarized” to fight the growing threat of terrorism.

Muslims in this country are becoming generally suspect until they denounce extremism. One wonders how two such different cultures can ever find a middle ground to co-exist, when women’s rights are essential in American culture now and religious freedom has always been an American tradition. The ISIS dream of a new Caliphate in Iraq and Syria doesn’t bode well for American interests in the region.

Homeland Security sounded good to Americans when it was started. But living in constant fear of hateful, violent and deadly attacks is wearing on the American psyche and budgets. Most Americans long for the “Leave it to Beaver” days of suburban security when terrorism wasn’t even in the dictionary.

Statue of Liberty and World Trade Center fire, by US National Park Service via Wikipedia

“During the United States eight-year presence in Iraq, American forces acted as a buffer between (the Shiites and the Sunni) Islamic sects, though with limited success. The U.S. military withdrew at the end of 2011, but is now (partially) being pulled back in–so far committing just under 300 troops, with a limited mission of securing U.S. assets, as President Barack Obama nears a decision on an array of options for combating the Islamic militants.”

“…Obama has said he would not commit the U.S. to military action in Iraq unless the government in Bagdad moves to ‘set aside sectarian differences, to promote stability, and account for the legitimate interests of all Iraq’s communities.’ ”

As stated in an AP exclusive article, scientists and art experts have discovered what is beneath one of Pablo Picasso’s first masterpieces called “The Blue Room”, using advanced infrared imagery. It reveals a hidden portrait of a man with a bowtie with his face resting on his hand.

Conservators at the Phillips Collection in Washington hope to answer the question: who is he? The 1901 painting was created early in Picasso’s career while he was working in Paris “at the start of his distinctive blue period of melancholy subjects.”

Experts, the article said, had long suspected there might be something under the surface of “The Blue Room” which has been part of the Phillips Collection since 1927. The composition depicts a woman bathing in Picasso’s studio and the brushstrokes clearly don’t match.

“Over the past five years,” the article added, “experts from The Phillips Collection, The National Gallery of Art, Cornell University and Delaware’s Winterthur Museum have developed a clearer image of the mystery picture under the surface.”

“The Blue Room” is currently part of a tour to South Korea through early 2015 while research on it continues.

SPANISH WANTS A SEAT AT THE UN SECURITY COUNCIL 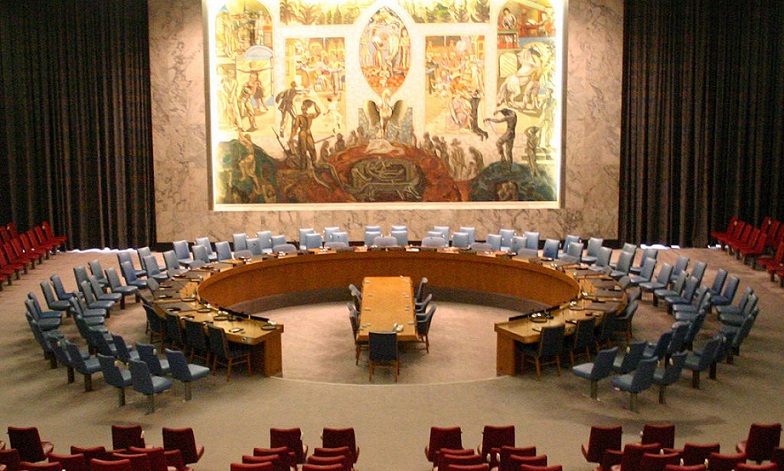 The Spanish Secretary of State for Foreign Affairs, Gonzalo de Benito, said in a speech to the UN’s main decision-making body, “we decisively support all efforts directed toward continuing to strengthen this cooperation…”

De Benito specifically praised the cooperation between the UN and the European Union in countries such as the Democratic Republic of the Congo, the borders between Chad and the Central African Republic, and Mali.

De Benito said that Spain had contributed to more than 50 peacekeeping operations, deploying more than 137,000 troops in Lebanon, Afghanistan, Somalia, Mali and the Central African Republic among other countries.

PUTIN CALLS FOR COMPROMISE IN UKRAINE

Russian President Vladamir Putin publically expressed support this month for Ukraine’s declaration of a cease-fire in its battle against pro-Russian separatists. Putin called on both sides to negotiate a compromise.

Putin when he was Director of the Russian Federal Security Service

According to the AP article, “such a compromise must guarantee the rights of the Russian-speaking residents of eastern Ukraine, who should be made to feel they are an integral part of their own country.”

NATO has accused Russia of moving troops back toward the Ukrainian border and waging large-scale military exercises in the region. AP says that Putin wants to prevent Ukraine from moving too close to the European Union or NATO and to avoid more punishing sanctions from the US and particularly the EU, recently meeting in Brussels.

Ukrainian President Petro Poroshenko laid out plans suggesting the decentralization of power to give the regions more political authority, new local and parliamentary elections, and measures to protect the language rights of Russian speakers in the east. Putin, who “needs to be seen as cooperating with efforts to de-escalate the conflict,” AP says, agreed with Poroshenko’s “intention to take other concrete steps to reach a peaceful settlement.”

American vice-president Joseph Biden said that the U.S was working with its G-7 partners to prepare further economic sanctions against Russia if Moscow failed to take actions “to stop the flow of arms and militants across the border and use its influence to publically call on the separatists to lay down their arms.” 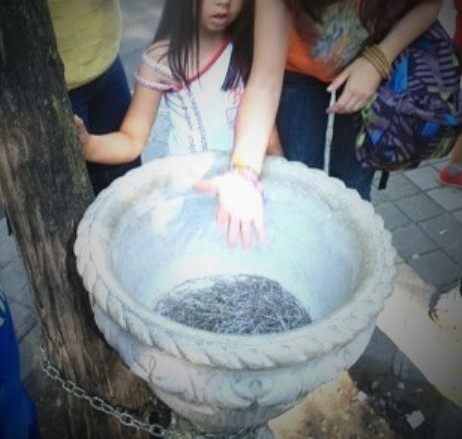 Next article LOOKING FOR LOVE? YOU COULD HAVE HAD IT AT THE FIESTAS OF SAN ANTONIO DE LA FLORIDA! »