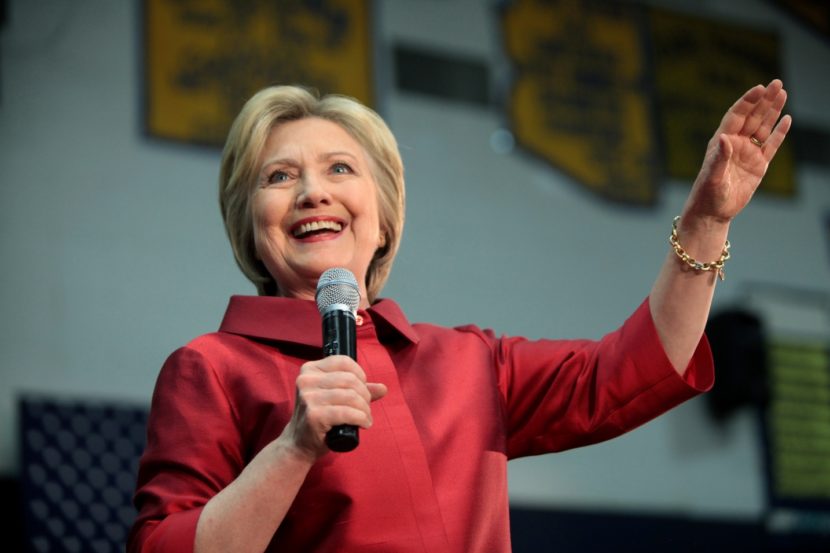 The Democrats acclaimed Hillary Clinton as their choice for U.S. Presidential Nominee 96 years after women first achieved the right to vote in the U.S.A.

This happened on the second day of the Democratic National Convention in Philadelphia, Pennsylvania, the city known as the birthplace of democracy more than 200 years ago.

Her nomination came nine years after her first bid for presidency

Her nomination came nine years after her first bid for the presidency. Resistance to her nomination came from protesters outside the venue and Vermont Senator Bernie Sanders supporters within. But Sanders backers were admonished to vote for Hillary by Sanders himself who said, “I move that Hillary Clinton be selected as the nominee of the Democratic Party for president of the United States.” Most of the thousands of delegates there roared their approval of Sanders’s concession.

Hillary Clinton, former First Lady of President Bill Clinton, New York Senator and the Obama Administration’s Secretary of State, has a long history of public service, although her time in office has been marred by what the F.B.I. has termed as “negligence” in her handling of a private email server and the deletion of thousands of confidential emails during and after her stint in the State Department. The F.B.I., who investigated her case, chose not to prosecute Clinton.

The DNC was apparently “hacked” by what some thought a foreign entity, and others thought a “lone wolf”.

At the Convention, First Lady Michelle Obama spoke, calling for party unity. This in a party that is known for its diversity, from the far left supporters of a new socialist model for America lead by Bernie Sanders, to the more centrist followers of Hillary Clinton. Women, minorities, Independents and disaffected Republicans make up the patchwork quilt of the Democratic Party.

Donald Trump was quick to hold a rebuttal news conference after Hillary’s nomination in which he answered media questions, noting that women would be worse off if they voted for Hillary, who is not as popular among women as one would think. Trump said he would like to see a woman as president, “and it will come” but not if that woman is Hillary.

Recent polls show that 68% think that Hillary Clinton is “untrustworthy”. The Clinton foundation has been criticized for taking monies from regimes that discriminate against women and others.

The choice is up to the American people in November: Man or Woman, Conservative or Moderate, businessman or politician, Republican or Democrat, while President Barack Obama carries on until the end of the year.

The debates have yet to start, but they are sure to have quite an audience in this historic election year in the U.S.A.

Next article CAVALIA’S ODYSSEO: If wishes were horses . . . »