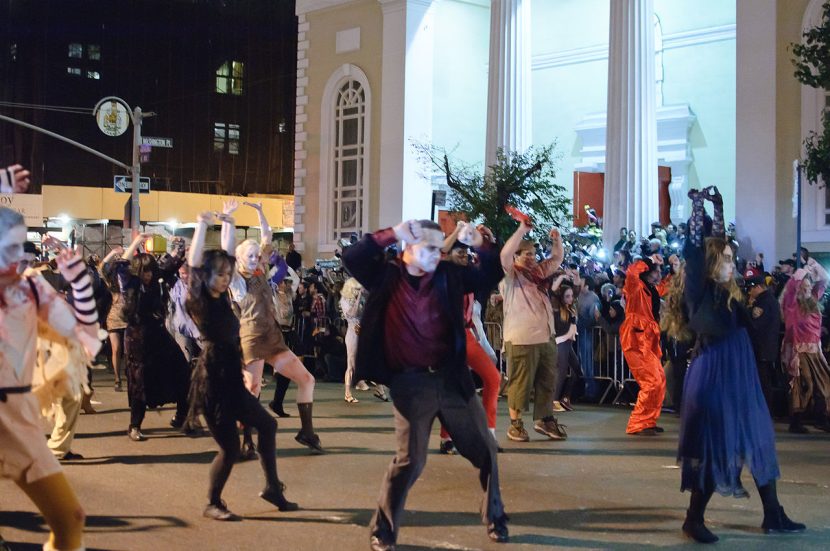 Grown-ups get into the spirit with costume parties planned way in advance. But children are still
the real focus of the evening which is All Hallows Evening, better known as All Souls,
the day before November 1st, All Saints Day on the Catholic calendar.

Hard to believe it but Halloween season has come, and we’re almost at the end of October!

Americans go all out for Halloween, the 31st of October, when Goblins, Ghosts, Witches and Warlocks, Zombies and other monsters prowl the streets and come to strangers’ doors “Trick or Treating” the hapless homeowner, who must give out candy to the dressed-up neighborhood children, or take the consequences!

Spider infested house in Washington DC, all set to scare the “Trick or Treaters”

But since it is all in fun, and the children, nowadays accompanied by their parents in case of trouble, only go to houses with their lights on and a pumpkin on their porch, tricks are rarely played and treats are given out in abundance.

The planning that goes into this fall festival is amazing, with scary costumes going on sale at thrift stores from the beginning of the month, pumpkins to be carved into hideous grins going on sale for 29 cents a pound, and mini-pumpkins for decor a mere 99 cents each at grocery stores featuring aisles and aisles of every brand of candy imaginable, 3 dollars a ba

Spider cupcake for a Treat

Since Halloween is mostly for the children, parents and homeowners try to think of ways to scare the little ones by decorating their houses and lawns with fake spiderwebs and white-sheeted ghosts hanging from eaves and trees and bushes. If the children are brave enough to pass through the gauntlets created just for them, they are rewarded with their choice of peanut-butter chocolate cups, and all the many candies Americans are famous for. Some health food advocates have taken to giving out apples and other fruit, but since there are always bad apples in every bunch, authorities warn parents to look for the stray razor blade in those kinds of children-hating “treats”. You just can’t be too careful nowadays, the parents are advised.

Children and parents sometimes make their own costumes for the occasion. I remember going as the purple bag to a Crown Royal liquor bottle when I was little, and a plain old witch another year with a pointed black cardboard hat. That was after my Cinderella princess stage, which I loved so much. One year I went to a lot of trouble to string up a flying ghost from my bedroom window to the gate in the hedge so that it would swoop down on the children when the gate was opened. I was old enough to scare the others by then!

Grown-ups get into the spirit as well with costume parties planned way in advance, with skeleton outfits and gorilla suits popular. But children are still the real focus of the evening, which, by the way, is All Hallows Evening, better known as All Souls, the day before November 1st, All Saints Day on the Catholic calendar.

If you don’t believe in Ghosts and Goblins, then Halloween is not for you

Big, round, glorious orange pumpkins seem to be a glut on the market in October. There are so many harvested that pumpkin-tossing competitions are held, and contests for the largest and heaviest pumpkin grown are quite popular. Pumpkin pie is usually saved for Thanksgiving in November, but what’s the point of carving out a pumpkin grin if you don’t make a pie with the contents?

If you don’t believe in Ghosts and Goblins, then Halloween is not for you. You may even be offended by the play to the dark side which the holiday entails. But it is part of the American cultural scene every fall, just as child’s pinata holds a plethora of candies to be hoarded or shared.

So Happy Halloween, as the saying goes, from
Guidepost’s Statesider to you! 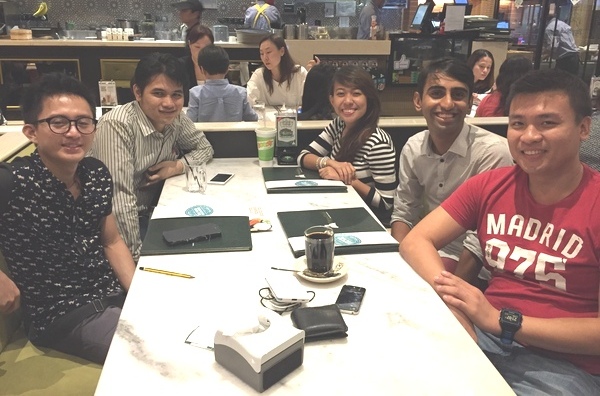 Previous article « SHY AND ON FOREIGN SHORES? MEET UP WITH FRIENDLY FOLKS AND LEARN THE LANGUAGE!
Next article CEMETERIES IN SPAIN pictorial »