President Donald Trump inspects border wall prototypes, March 2018
–
–
GUARDING THE MEXICAN BORDER!
Why not let’s just all try to be friends? For a change?
–
by Mary Foran
–

The U.S. President Donald Trump has called out the troops–the disaster-activated National Guard–to head for the Mexican border as “advisors” to stem the influx of migrants and illegal border-crossers from South and Central America, and Mexico. So far he’s called for 4,000 of the part-time soldiers (apparently, Barack Obama also called out the National Guard at one time on this border). The move is cautionary until Trump’s promised border wall can be constructed and raised.

Some think this latest action was precipitated by news of a caravan of migrants coming from Central America through Mexico, and the fact that border-crossing by illegal immigrants has increased since last year. Arizona and Texas are the first States to be supported on the border in this way; the Democratic Governors of Oregon and Washington have announced already that they will refuse to call out their National Guard soldiers for such duty if requested.

As President Trump has said many times, he’s after the drug-and-people traffickers, such as cartel members and the “coyotes” who profit from the misery of others. He’s also after the gangs who have so violently infiltrated the U.S. from Central America, and countries such as Columbia in South America.

Since the Mexican border is where all the action takes place in this game of catch-and-release or deportation, President Trump has campaigned on the promise of a wall on the border between the U.S. and Mexico–to be paid for by the Mexican government, who he sees as responsible for the border difficulties. In the recent budget approved by the American Congress, however, President Trump did not get as much of an appropriation for the border project as he had hoped for, although he signed the budget under protest to avoid another government shut-down. 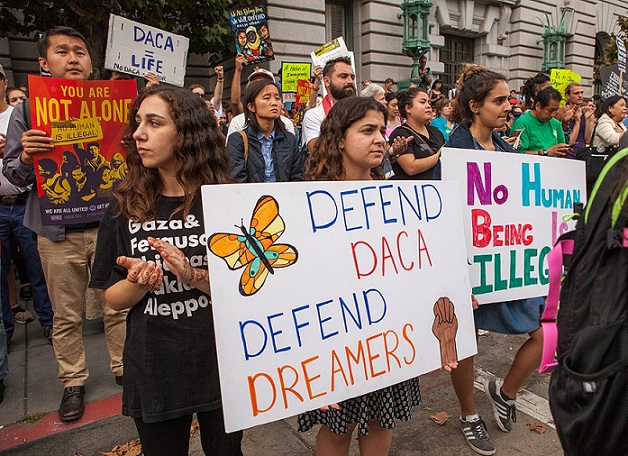 The DACA program has also come under fire–a program that had protected the children of immigrants brought illegally to the U.S. President Trump sought to phase out DACA starting Sept. 5, 2017, to essentially replace it with the Dream Act which provides a path to citizenship for recipients. DACA simply deferred deportation for a 2 year period and allowed recipients to become eligible for a US work permit. DACA stands for “Deferred Action for Childhood Arrivals” and the Dream Act refers to immigrants who have come to America in the hopes of pursuing the Great American Dream: a good livelihood, a house or home of their own, perhaps a car, education for their children, and a better life in general for their family.

The subject of immigration in America is a touchy one, as it is in Europe and all over the world. But America has a special guilt complex about it since America is a country of immigrants! The first waves of immigrants now feel ambivalent about succeeding waves of immigrants as the nation becomes more and more populated with the incumbent feeling of crowdedness. Race is certainly a factor in some prejudiced minds, as is language and culture since some groups seem to have a harder time assimilating to the Amerian “way of life” than others. (Some Italians I know wonder why Spanish is America’s second language and not Italian! Answer: the Italians were quick to learn English!)

Anti-immigration attitudes are now being felt in European nations so the current American groundswell of immigration reticence is not that unusual although it is sad and unfortunate for many. 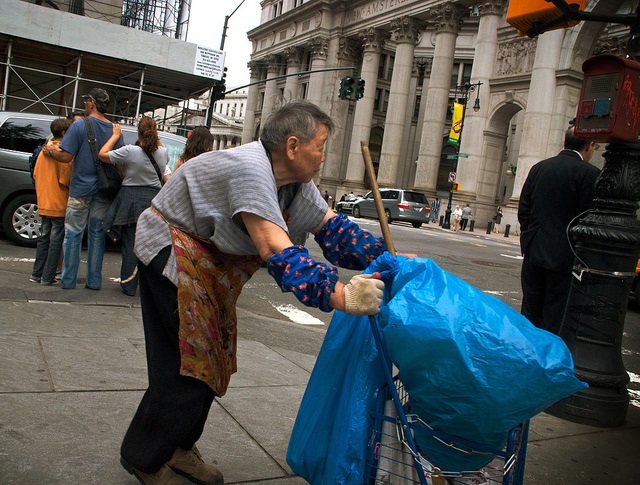 Many have seen the U.S.A. as the  Paradise but the reality  did not always meet their expectations

Story after story of hard-working immigrants being “caught” undocumented and deported back to their “home” countries fill the news nightly, no matter how many years they have lived in the U.S. or what their marital or parental status. But the worst stories are of the criminal elements that have seeped into the nation through a porous border, only to wreak havoc in city after city, committing crimes and giving their compatriots “mala Prensa”. So many have seen the U.S.A. as the Paradise they have all been seeking, that they have somehow traveled from afar to seek their fortune there. But the reality they found did not always meet their expectations, and being poor and illegal in America is no fun at all!

Hispanics are, of course, not the only immigrants to America who are being affected by the Immigration Backlash. Asians and Middle Easterners and Central Europeans are all affected by this change in attitude towards foreigners. And America is not the only country tightening its borders.

National Pride is at stake, as flags are raised and waved, and outsiders are shunned. It’s a story that is as old as the hills and a constant counterpoint to internationalism and global thinking.

“Make America Great Again” got President Trump elected, and “America First” has come to be his motto. And most Americans have agreed with his slant in spite of opposition from the Left. And immigrants have taken the brunt of his ire, along with The Media, for which he has shown little respect (some would say justifiably).

Well now, my slant is a simple one: why not let’s just all try to be friends? For a change?

Next article GRAN VIA, ASPHALT JUNGLE NO MORE »