STATESIDE STORIES: Climate Change, Weather You Like It or Not

Experts say that unusual weather patterns can be blamed on climate change and
global warming.  Others say that these are the rantings of “wacko
environmentalists” and “tree- huggers”. Only time will
tell who is right, and by that time
it just may be too late.

Blizzard 2015 hit the Northeast U.S. coastal regions last month, forcing officials to shut down New York City transportation services in anticipation of a white-out and wind storm. But the worst of the hurricane level storm hit farther north in Boston and on up to Maine, making critics complain that this time officials did too much in planning for the storm.

It’s a case of damned if you do and damned if you don’t, I’d say, since the usual complaint is that officials don’t prepare adequately enough for winter freezes and high winds that plague the Midwest and the Northeast sections of the USA on a regular winter basis. The cold weather in these areas sweeps down from Canada, into Montana, the Great Plains and the East,and as far down south as Texas and Louisiana at times, and even rarely into Georgia and Florida, known as the Easterners escape to warmer climes.

Meanwhile, in the Great Northwest, the usual winter rains have tapered off and brilliant sunny days have spiced up the dark days’ doldrums. California, almost a country unto itself, has suffered all summer with drought, and fall and winter rains bring mudslides where summer wildfires burnt all the ground cover.

Experts say that all these unusual weather patterns can be blamed on climate change and global warming, mankind’s carbon footprint which is slowly destroying the ozone layer, thus warming up mother earth.

Others say that these are the rantings of  “wacko environmentalists” and “tree-huggers” who see mankind as the enemy of the earth instead of the rightful master of all of its riches.

Gold mining, logging, hunting, four-wheelers racing across the pristine tundra of the Alaskan wilderness: all these are popular reality shows which depict in great detail the destruction of the land from human activity. As a bit of a tree-hugger myself (I used to climb trees for fun as a growing child), I cringe when I see how the environment is harmed by these adventure-seeking souls.

But I like my gold rings, and I wonder how can the earth ever be put right after bulldozers strip the land in search for this precious metal. Diamonds and precious jewels also must be mined, and we know how much a diamond ring means to the ladies-in-waiting for marriage.

So the winter still chills the East, and the West still deals with its rain, and meteorologists theorize on the whys and wherefores of hurricanes, tornados and typhoons, and the many thunderstorms that the Midwest must deal with.

Is it the dreaded climate change, or just the normal cycles of weather playing themselves out on the varied landscape of America?

President Obama believes in global warming and has addressed that issue during his Presidency. Only time will tell if he is right, and by that time it just may be too late.

The European Union is also dealing with the issue, and proposing stricter pollution standards within the club.

Now if only other countries around the world would get on board, we may be able to reverse a doomsday trend. 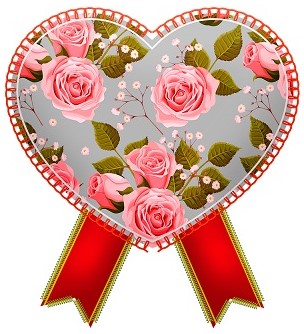 Previous article « ENTERTAINING in the Cold but Romantic Valentine Month
Next article SPAIN TODAY: Spain’s Stake in Syriza; a Pact Against Radical-Islamic Terrorism; the Search for the Father of the Man of La Mancha »