Stateside Stories: A history of St. Patrick for his Day!

Saint Patrick was a fifth-century Roman-British missionary and bishop in the island of Ireland, known as the “Apostle of Ireland”. He is the primary patron saint of Ireland, the other patron saints being Brigit of Kildare and Columba.

He is venerated in the Roman Catholic Church, the Anglican Communion, the Lutheran Churches, the Old Catholic Church, and in the Eastern Orthodox Church as equal-to-the-apostles and as the “Enlightener of Ireland”.

Early medieval tradition credits him with being the first bishop of Armagh and Primate of Ireland, and they regard him as the founder of Christianity in Ireland. He converted a society practicing a form of Celtic polytheism, the concept of many gods.

St. Patrick’s Day is observed on March 17th in the US and other places, the supposed day of his death. It is celebrated inside and outside of Ireland as a religious and cultural holiday. San Patricio is even well-known in Spain! 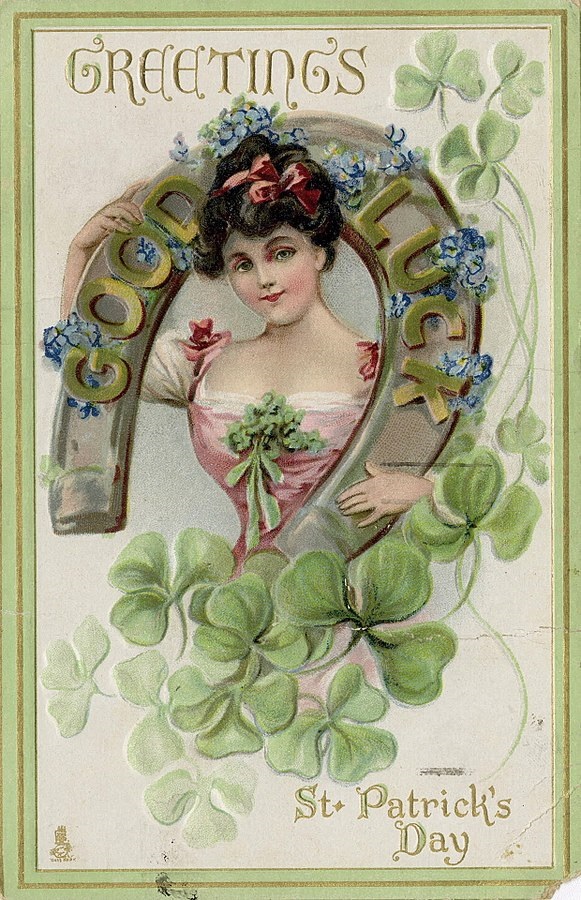 Patrick was born in Roman Britain. Calpurnius, his father, was a decurion and a deacon. His grandfather, Potitus, was a priest. According to the Confessions of Saint Patrick, at the age of 16, he was captured by Irish pirates who held him captive there for 6 years during which time he converted to Christianity through his spiritual trials and exercises.

After much struggle and many adventures, through choppy seas and ports and wilderness, he returned to his family in Britain by his early twenties, where he studied Christianity. He was eventually ordained a priest and returned to Ireland as a Christian missionary.

The Celtic tradition was not well-looked upon by the Church of the day and St. Patrick followed the edicts of the Church in this regard, baptizing many both poor and rich and bringing them into the fold.

The Shamrock, a three-leafed plant, was used by Patrick to explain to pagan people the concept of the Holy Trinity–the Father, Son and Holy Spirit in ONE GOD.

The absence of snakes in Ireland gave rise to the legend that Patrick had banished the snakes from the island with his staff.

There are many legends attributed to Patrick and much confusion about his date of birth. Celebrations of his day take many forms around the world. The Real Irish don’t wear green on St. Patrick’s Day, but American-Irish do as do the participating general public, mostly! St. Patrick Day Parades are fun and frolicky, and the Irish really know how to put on a show!

Next article ADVENTURES IN SPAIN BY CATHERINE PETITE, PART I OF A THRILLING 5-PART SERIES »