GUIDEPOST joins the world in bidding a fond farewell to Spain’s best-loved opera singer who, despite her disputes with the Spanish Treasury, was a true Spanish to the very end, an important point these days of radicalized Catalan secessionism.

The separatists in Catalonia would have loved to have had her as one of their standard-bearers. Five years ago a member of the Generalitat de Catalunya said insultingly: “You are a universal Catalan. Your only defect is marrying a foreigner,” in reference to her husband’s being from the northeastern Autonomous Community of Aragon.

Montserrat’s reply was categorical: “I am very happy to have been born in Barcelona, for having married an Aragonese, that my mother was from Valencia and that my children studied in Spain.” What with such a rich mix, she believed “the people of the world need to be united.” Catalan separatism? No, gracias!

On hearing about the sad news of her passing on last Saturday, 6 October, tribute from all over the world hit the media such as—

TWITTER
The Royal Opera‏@TheRoyalOpera
All at The Royal Opera are saddened to hear of the death of Montserrat Caballé aged 85. The Spanish soprano sang with us on a number of occasions between 1972 and 1992 and inspired millions over the course of her career with her stunning voice

BBC World News
A short but imposing figure, Caballé endeared herself to audiences around the world with her irrepressible personality. Her fans called her La Superba – the superb one. 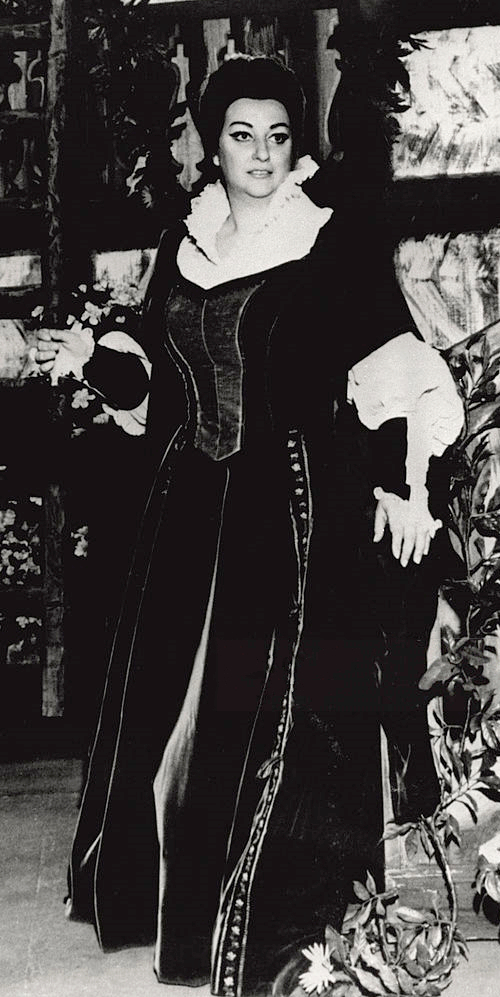 THE NEW YORK TIMES/Margalit Fox
Montserrat Caballé, the Spanish soprano widely counted among the last of the old-time prima donnas for the transcendent purity of her voice, the sweeping breadth of her repertory and the delirious adulation of her fans, died on Saturday in Barcelona.

One of the foremost opera singers of the second half of the 20th century, Ms. Caballé was an enduring, vibrant international presence, appearing at the Metropolitan Opera, with which she sang 98 times; Covent Garden; La Scala and elsewhere, as well as at the opening ceremony of the 1992 Olympic Games in Barcelona.

STREET TIMES, SINGAPORE (AFP)
Spain’s world-famous opera singer Montserrat Caballe, known for her velvet-edged voice and radical rock duet with Queen singer Freddie Mercury, died in Barcelona at the age of 85.
Hailed as one of the world’s greatest singers for her vocal virtuosity and dramatic powers, Caballe charmed audiences for half a century with a huge repertoire that saw her perform across the globe.
The Spanish soprano was already considered an opera great when her duet with Mercury, a boundary-busting combination of opera and rock, became the anthem for the 1992 Olympic Games and propelled her into the mainstream.

TWITTER
Casa de S.M. el Rey‏ @CasaReal (House of His Majesty the King), Spain
She was the Caballé, the Great Lady of the opera, the legend of the universal culture, the best among the best capable of discovering new avenues of creation with the greatest of them. Her personality and her unequaled voice will always be with us. We feel very sad on losing her.
–

Montserrat wasn’t born into luxury. She learned to sing cantatas at her convent school but then moved on to the prestigious Liceu Conservatory in Barcelona where she graduated at the top of her class complete with a gold medal in 1954. Just two years later, she joined the Basel Opera singing minor roles. One fine day, though, one of the principal singers took ill; she was asked to take on the role of no less than Mimì in Puccini’s La bohème. And with unqualified success too! That opened the door to major roles in The Magic Flute, Puccini’s Tosca, Verdi’s Aïda, Eugen d’Albert’s Tiefland, and Richard Strauss’ Arabella among others.

No doubt she’d been blessed by the gods with that incredibly lucky break. But luck alone could not have made her one of Spain’s greatest sopranos. Not by a long shot. 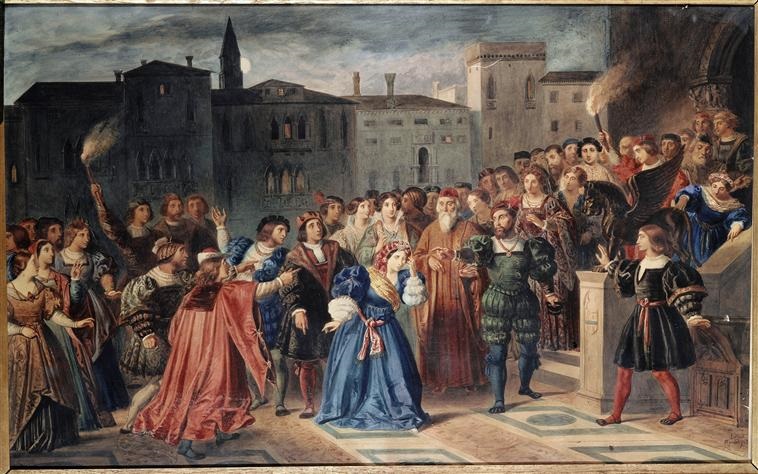 Scene V of Lucrezia Borgia in the 19th century. Caballe’s brilliant performance at the Carnegie in 1965 earned her a 25-minute standing ovation

Another lucky break dropped into her lap when with hardly any time for rehearsals she substituted for the American mezzo-soprano Marilyn Horne in April 1965, taking New York’s Carnegie Hall by storm with her brilliant performance in Donizetti’s Lucrezia Borgia and herself to new heights of stardom. It was the defining moment of her career.

There was no stopping her now. She became one of the world’s leading bel canto sopranos, her performances awesome. Montserrat debuted at opera houses and concert halls all over the world, singing from Bellini and Verdi to Donizetti and Wagner, from Basel to The Met to La Scala and all the other sancta sanctorums of the opera. She even sang in venues like the Arena di Verona Roman amphitheater in an all-star cast production of Verdi’s Don Carlo by Jean Vilar, French director famous for his “people’s theatre” which decentralized the theatre and freed it from the narrow confines of elitism.

In the middle of her packed agenda, she made time to get married. In 1964. To tenor Bernabé Marti who survives her at age 89. They had two children, Bernabé Jr and Montserrat Marti.

She also had time to help advance the career of her fellow Barcelonian, the tenor José Carreras with whom she did a memorable concert on Lucrezia Borgia.
–

No such thing as retirement

When she reached her seventies her concerts tapered off; she wasn’t in the best of health. But she still performed, on her own or with her daughter who, like mom, is an opera singer. 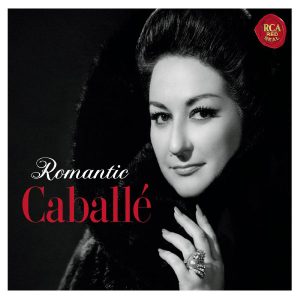 There was never an official retirement.

Before her death, she was confined in the hospital for gallbladder problems. She left behind her unforgettable voice and a lovely memory for grateful fans around the world to enjoy.

She once said, “ I have sung many things with Luciano [Pavaroti], and even more with José [Carreras]. But with Plácido [Domingo] I sang everything. . .People talk about Callas’s Norma, Caballé’s Mimí, but what is important is Bellini’s Norma and Puccini’s Mimí. . .I am only Montserrat.”

It could well be the epitaph of this Dame Commander of the Order of Isabella the Catholic and Kammersängerin of the Vienna State Opera.

Previous article « GUIDEPOST REPRINT: “SUMMING UP THE SPANIARDS, AN ACCOUNT OF HOW SOME FAMOUS TRAVELLERS HAVE SEEN SPAIN,” 3 OCTOBER 1969 — (1) Knowlege In-Depth 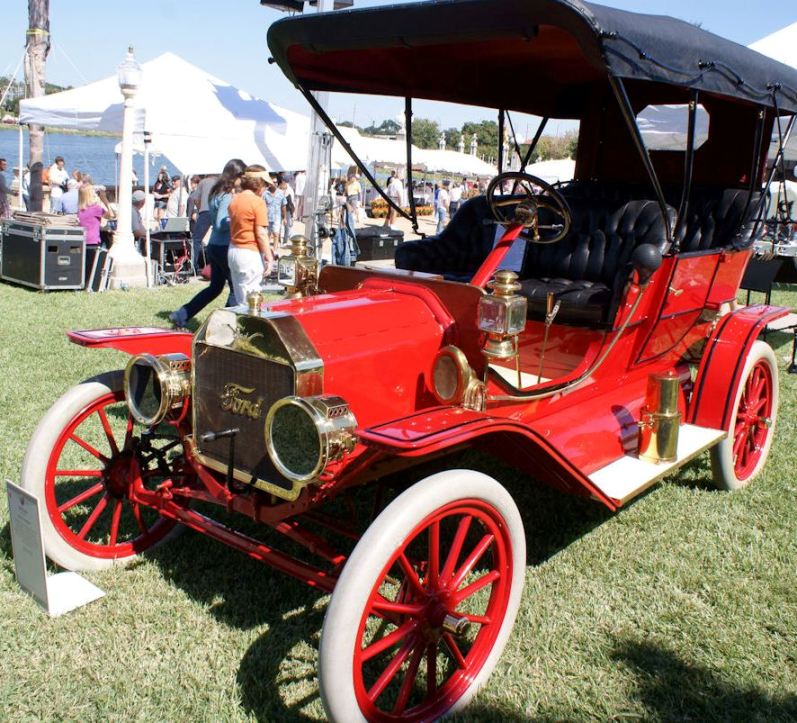 Next article WHAT A DIFFERENCE A CENTURY MAKES! »