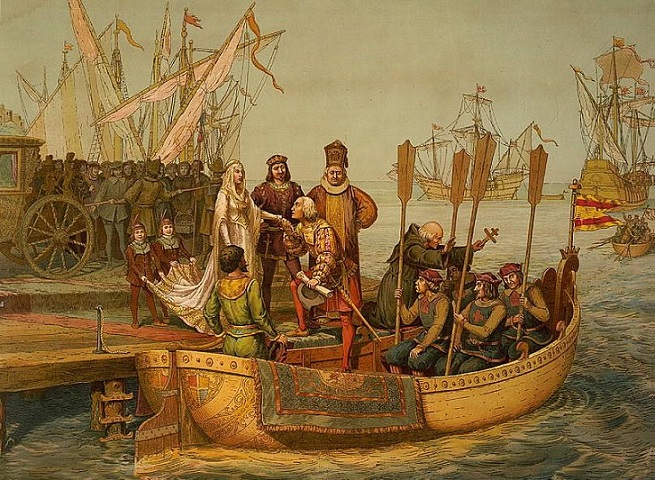 The Mother of Globalization: Columbus bids farewell to Queen Isabella I on his departure for his first voyage to the New World 3 August 1942

The Fiesta Nacional de España (National Day of Spain) commemorates – rather, celebrates  –  the Spanish legacy to the world. It is no coincidence that it is celebrated on the 12th of October. On that day in 1492, Christopher Columbus, who was sponsored by the Catholic Monarch, Queen Isabella I of Castille,  landed on the island of Hispaniola in the West Indies and discovered the Americas. That is, for the Europeans. It was Europe’s first contact with the Caribbean, Central America, and South America. Not surprisingly, this public holiday is more popularly known as Dia de la Hispanidad  (Day of Hispanicity), a descriptive title that Generalissimo Francisco Franco coined in 1958 for his own purposes. 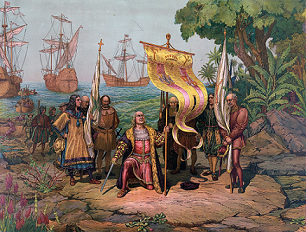 Sponsored by the Catholic Monarch Isabella I, Columbus arrives in America on 12 October 1492

The Fiesta Nacional is, as the name denotes, a celebration across Spain of a huge Spanish legacy that gave the world – the New World – a single (Spanish) denominator for the cultures in the vast Americas and brought the region under one dominant language. October 12 marked the beginning of Spain’s global empire, catapulting it as the first-ever world power. It set off The Golden Age of exploration and colonization.

But couching it in today’s politically acceptable lingo, the Fiesta Nacional is touted as celebrating Spain’s union and brotherhood with the international community.

The Spanish law of 1987 instituting October 12 as the National Day of Spain – and dropping the Dia de Hispanidad nomenclature in the process (the Franco regime ended in 1975) — states that “the date chosen, October 12, symbolizes the historical anniversary in which Spain, about to conclude a process of State construction based on [its] cultural and political plurality, . . . begins a period of linguistic and cultural projection beyond the frontiers of Europe.” 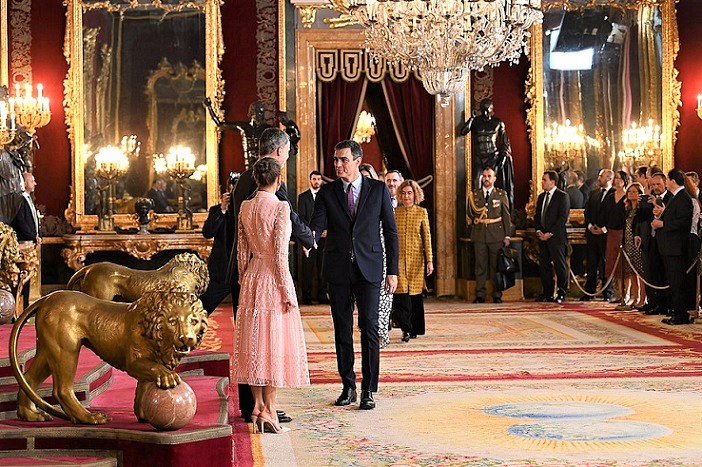 Reception at the Royal Palace, Madrid, on the occasion of the Fiesta Nacional 2019: The King and Queen of Spain greet Prime Minister Pedro Sanchez. Cabinet members and other dignitaries follow

This is a far cry from the usage of the Dia de la Hispanidad which was packed with National Catholicism, exclusionary patriotism and “Hispanic essences” of the Franco dictatorship. At the time, Our Lady of the Pillar (Nuestra Señora del Pilar), patron saint of the Guardia Civil (Civil Guard), a national police force with military status, was a symbol of Hispanidad in Spain.

There is no State religion in Spain anymore but because the feast of Our Lady of the Pillar and the Fiesta Nacional fall on the same date, in the minds of many Spaniards the two are  locked in a symbiotic relationship even today!

Next article A SECOND OPINION: BUCKING BRONCOS AND BULLS OVER FOR THIS YEAR IN PNDLETON »