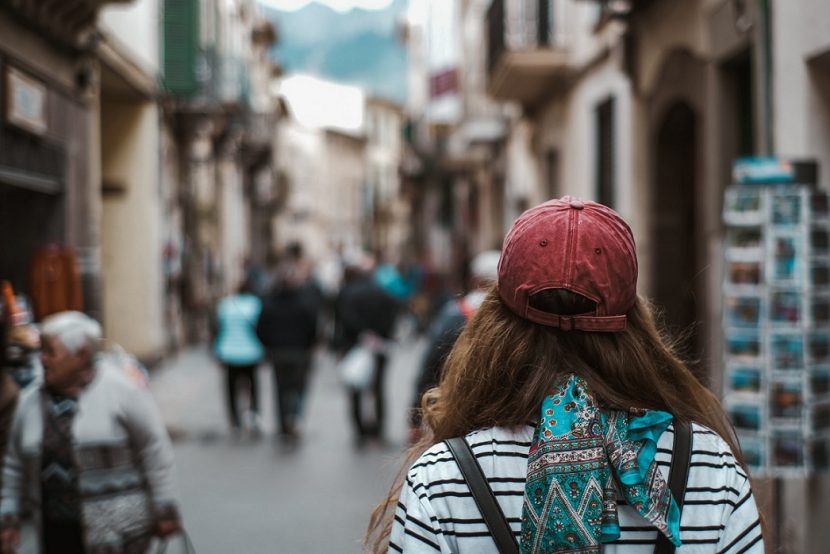 Easter is a time for Catholic extravaganza in Spain: solemn processions of lifelike images of the crucified Jesus and his sorrowful mother, the Virgen Dolorosa (Our Lady of Sorrows), which could surprise and move even the jaded traveler. Seemingly not wanting to rain on the religious processions, this year the weather is being at its best, making the tourists feel they’ve suddenly stumbled on summer this early in the spring and are happy for the bonus.

The Semana Santa/Holy Week is not over yet and of course the numbers aren’t in but many hotel owners are enjoying near-full occupancy. It definitely is a bumper Easter this 2015 – an absolute good news!

In Mojacar, for example, the hotel occupancy for Easter is expected to be around 85 %, although even before the Semana Santa has begun the higher rated hotels have already hit their stride with weekly occupancy rates of between 98 % and 100 %. Mojacar is a coastal town in the Andalusian province of Almeria.

According to the World Tourism Organization, there were 1,138 million international tourists in 2014, 65 million of whom chose Spain for their destination, whereas the latest monthly figures released by Spain’s Ministry of Industry, Energy and Tourism (March 2015) confirm the positive trend in the tourism sector in terms of the amount spent by foreign tourists in the country, which is after all what really counts. During the first two months of 2015, these tourists spent €6,567 million (or €6.567 billion in US lingo). The British, followed by the French and then the Germans make up the biggest numbers of tourists, and the biggest-spending. So far, the largest year-on-year increases were in Andalusia (up 20% or €910 million), the Balearic Islands (up 13.4% or €214 million) and Madrid (up 13% or €752 million).

Nothing like Spain’s golden sunshine to drive away the depressing specter of the punishing economic crisis.

Toward the end of March thousands of people have marched in the Spanish capital denouncing the government and calling for an end to harsh austerity measures that have deepened poverty among the worst-off. Gathering under the banner of La Dignidad (“Dignity”) in Madrid, protesters decried government financial cuts, housing rights policies, and high unemployment rates. The government had recently cut budgets for public services such as education and the national health services, which angered thousands of Spaniards into protest.

Spain is emerging from a seven-year economic slump as one of the Eurozone’s fastest growing countries, but the exit from recession has yet to ease the hardship for thousands of households, in a country where nearly one in four of the workforce is out of a job.

Prime Minister Mariano Rajoy announced new social welfare support last month and publicized his government’s economic record in a bid to woo back crisis-worn voters, who are increasingly turning to upstart parties as elections loom. Rajoy, whose centre-right People’s Party (PP) is expected to use economic recovery as its trump card in a general election to be held by year-end, raised the government’s economic growth forecast for 2015 to 2.4 percent, from two percent. He also announced several welfare measures, including support for single parents, in a parliamentary address peppered with indirect swipes at the newly founded parties such as anti-establishment Podemos (We Can), which is gaining in the polls.

Just before the regional elections in Andalusia last March, many of the rampant polls predicted that Podemos, launched a year ago, could unseat the Socialists as the country’s number two-party. It has even topped some of these polls, making it the winner in Andalusia in this scenario. Partisans of the two-party system were relieved that it came out a poor third.

The Costa del Sol has always been a popular destination for Brits because of its beauty and relaxing atmosphere, which make it ideal for vacationing. However, it is far from a euphoric paradise. Known as the “Costa del Crime” since the 1970’s, it has become a haven for UK criminals, from the Great Train Robber Charlie Wilson – who was shot dead in Marbella in 1990 – to the gangster king Ronnie Knight and Freddie Foreman, the Kray twins’ hitman.

The Puerto Banus in Marbella, Costa del Sol, home to the rich and the infamous

With a convicted killer, a rapist and several drug traffickers on the latest list of the most wanted British fugitives in Spain – released by the National Crime Agency (NCA) and Crimestoppers on Tuesday – authorities are trying to change this unsavory part of Spain’s image. According to Inspector Olga Lizana, head of the Spanish police’s fugitives unit, officers in Spain and the UK are working closely to share intelligence to track down some of Britain’s most notable criminals on the run in Spain

Operation Captura targets British fugitives on the Costa del Sol in an attempt to improve the image of this holiday destination. So far, it has caught 65 of the 86 British fugitives in Spain – including 38-year-old cocaine smuggler Christopher Mealey, who was arrested in Marbella in 2014 while walking along a popular beachfront.

The authorities put Spain’s popularity among British criminals down to its warmer climate as well as its prime location for drug trades with North Africa and South America. Until the late 80s, the country’s lack of an extradition treaty with the UK also made it easy for criminals to cut ties with Britain. But with the introduction of pan-EU extradition, all that has changed.

Authorities from both countries are optimistic about eradicating the large number of British fugitives in Costa del Sol not only for the sake of justice but also to ensure the safety of both natives and tourists.

Next article IF IT’S GOT TO BE TAPAS, IT BETTER BE TRULY SPANISH! »